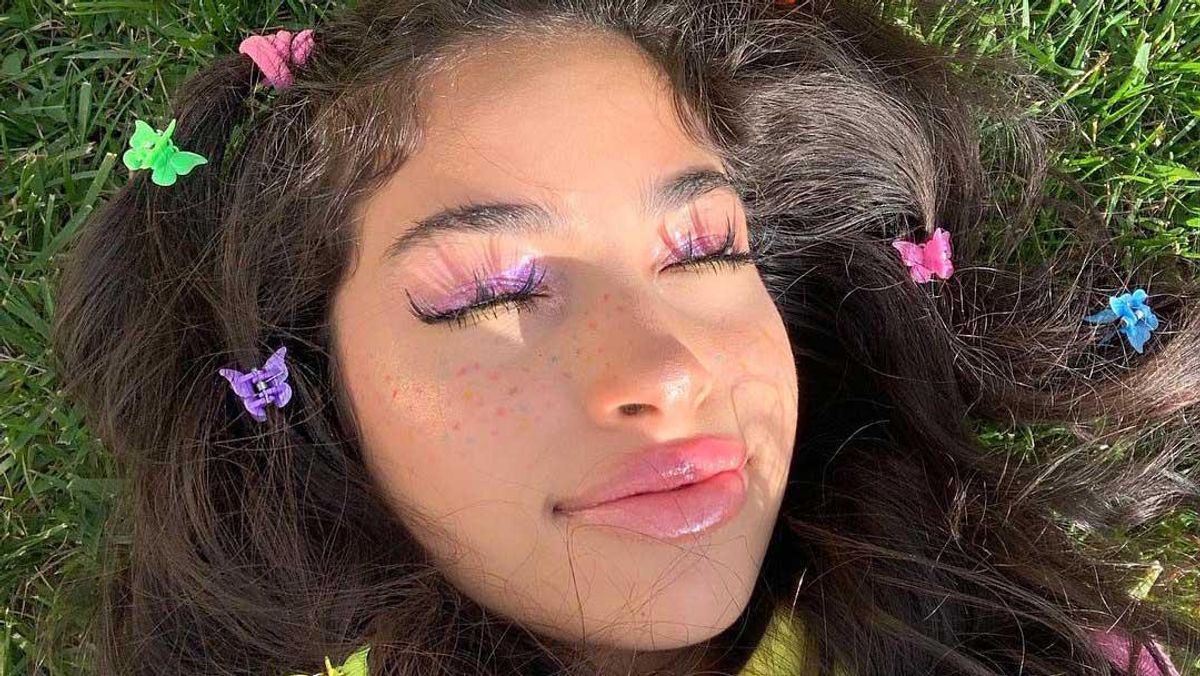 From the tiniest butterfly-shaped clips to larger claw-sized versions, it's hard not to remember the reign that was the claw clip. Yes, if you were *down* circa 1997–2001, you'll easily recall the many pop stars, models, tweens, and pretty much every girl around rocking one (or many) of these trendy barrettes. And while we're never one to shy away from a good retro comeback, we're overjoyed to see this one return to the spotlight.

During its earliest days, the simple plastic barrette of the late '90s was as effortless and cool as the actresses, rock stars, and models that wore them, but that versatility was part of their charm. A basic colored clip, be it small, medium, or large, that could quickly create an array of styles, it was the ease of styling we'd been waiting for. Slowly but surely, the claw clip began to make waves, and once the look hit the red carpet à la the sleek updo Gwyneth Paltrow donned for the premiere of A perfect Murder in 1998, it was solidified. Not only was the simple style the height of '90s chic, it was sophisticated and down to earth. Might we add it was also the perfect pairing to another '90s classic: the posh column dress.

In the late '90s, claw clips were the ideal way to get an "I woke up like this" hairstyle. A quick pull back and flip of the hair into a tortoiseshell clip and the slight fall of an overgrown bang was the epitome of cool-girl style. From Rachel Green's countless looks on Friends to Hallie Parker's iconic style in The Parent Trap, it was clear that the plastic barrette was worth more than its weight in style. However, the hair-clip mania was just beginning. As the '90s came to a close, the new decade brought bold, bright versions of the clips that ushered in new, younger fans eager to make the style their own. Enter the 2000s and the emergence of the *literal* butterfly clip in a range of colors. Unlike the understated claw clip of the '90s, these cutesy, smaller clips were bold and loud, kind of a more-is-more type of trend that was meant to be shown off. Glittered variations and pastel colors adorned the crowns of TV's finest at the time, e.g., Boy Meets World's Topanga and Sabrina the Teenage Witch.

As the styles of the aughts faded away, so did our hair-clip memories. But as trends tend to do, that little plastic barrette from the past has quickly become one of the most sought-after hair accessories today. Its comeback was humble and began at Alexander Wang's fall 2018 show, when Redkin global creative director Guido Palau used chrome silver claw clips to hold sleek ponytails in place. Though the result was modern and undeniably chic, the nostalgic clips weren't exactly flying off the shelves just yet. That is, until the tightly pulled-back bun styles began popping up on top models like Hailey Bieber, Kendall Jenner, and Bella Hadid. These days, the look feels fresh with just the right amount of edge. What's even better is just how easy it is to achieve. Start by using a smoothing cream or dry shampoo and a soft bristled brush to neatly pull hair back, tying it into a low ponytail, then twisting it to the end. Next, fold the twisted pony into a vertical-like bun and tightly secure with a large claw clip. As for the butterfly clip, styles have not changed much since their debut, but if you're looking for styling inspo, there's no shortage of it on TikTok and Instagram. Whether you're accenting baby pigtails, just the crown of your head, or all of your hair, there's no wrong way to wear these colorful clips.

Whether you're reliving past styles or trying this trend for the first time, these are the best clips to try right now:

Found: The Chicest Way to Show Some Leg This Spring
The 9 Best Hair Gels for Waves and Curls—Minus the Crunch
How to Mask Your Dirty Hair as It Adjusts to Less Frequent Shampoos