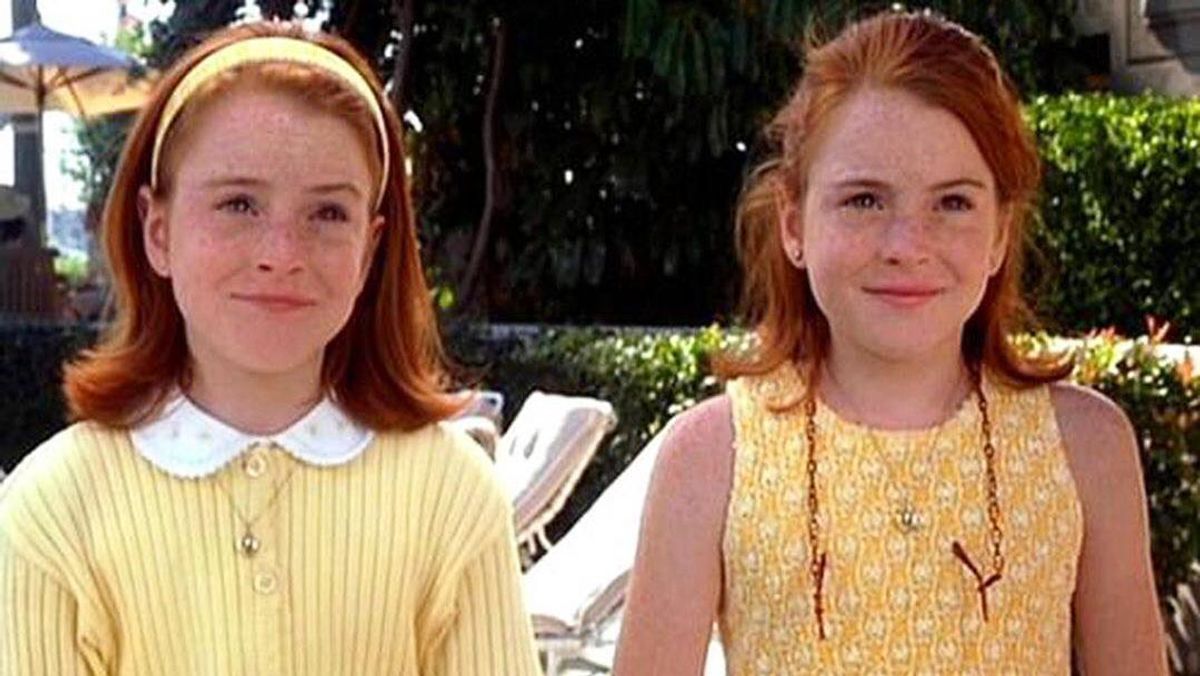 An Ode to the Style Icons of The Parent Trap

Are you an Annie or a Hallie? Or a Meredith? Or a Nick?

Growing up, there were few films that garnered more screen time in my house than Nancy Meyers' 1998 rendition of The Parent Trap. If my parents had a nickel for every time my sister and I forced them to watch an Oscar-worthy reenactment of our favorite scenes—“No, let me help you!"—they would be quite rich. Aside from a tantalizing storyline where two identical twins separated at birth discover one another at Camp Walden and hatch a seemingly foolproof plan to switch places in an effort to reunite their star-crossed-lover parents—this may or may not be completely implausible but nonetheless fun to watch—the movie provided an excellent snapshot of the style of the late '90s. Upon an indulgent screening of the film on a recent lazy Sunday, it struck me just how pertinent the timeless ensembles still are.

In this portrait of an era, the characters I grew up loving depicted the simple yet luxe functional minimalism which so happens to bear an uncanny resemblance to the trends of today. In typical Myers fashion, it doesn't hurt that they are all supposed to be quite wealthy either. And what does that entail? An emphasis on t-shirts, button-downs, great denim, tailoring—need I go on?

Upon my initial screening circa the early 2000s, I believed the sartorial choices of twin A, Hallie Parker, to be the pinnacle of fashion. This was at that phase in childhood when you've passed the princess era and decide it's no longer cool to be girly, so Hallie's effortlessly cool ensembles struck a chord with my current tomboy persona. Her first look embodies the California cool philosophy through the combination of plaid shorts, an oversize denim jacket, and, of course, colored nail polish. Then we progress to the ensemble Hallie (who is secretly Annie) wears to ride Sprout around their vineyard—the real-estate jockeys with the style for the winning aesthetic category in this film. Here, we have a plaid button-down, a white tee, and what seems to be the perfect silhouette of denim that just grazes the top of her cowboy boots.

A post shared by The Parent Trap Movie (1998) (@theparenttrapmovie)

As I grew in years and fashion prowess, I realized that I'm not, in fact, a Hallie but much more of an Annie, in both personality and style. An ability not typically found in most 11-, soon-to-be 12-year-olds, Annie thoroughly understood and appreciated the power of tailoring and a well-fitted suit. Take, for instance, her look in the opening scene. The plaid skirt suit is overtly sophisticated, yet the short hemline infuses the look with a youthful quality. Then add a cap-toe flat reminiscent of CHANEL, and you have a real winner. Alongside a nostalgic Abbey Road montage, we later find her in a pale blue suit which provides the perfect foil to her sister's carefree outfit choices. The style maven knew how to finish a look, which she does with the addition of a white Peter Pan collared shirt—buttoned all the way to the top—a headband, and, of course, the twins' iconic locket.

Post-childhood, my eyes turned to the adults of the film, and what a style epiphany awaited them. Elizabeth James (or Lizzie, according to Grandfather) seems to have captured that pandemic-induced desire for relaxed yet sophisticated separates that are classified as basics but in reality are anything but. If the Olsen twins, Gabrielle Chanel, and Yves Saint Laurent had a love child, she would dress like this beloved matriarch. In her first ensemble, she proves the longevity of our favorite color combination of cream and white in a beige shift dress which perfectly peeks out from under a breezy white trench, accessorized with tonal heels and dainty necklaces. Later, her effortless, creamy separates (in which she confronts Nick's new fiancée) continue to wow the audience in an I-just-threw-this-on-yet-still-look-fabulous way. And lest we forget the notorious spaghetti-strap boat-neck dress she dons for family dinner on the water. As Martin says, “You'll kill in it."

If Elizabeth is the depiction of my pandemic clothing mindset in theory, Nick and Chessy (the live-in maid? Butler? Friend? We're still not sure) are that of reality. If you're like me, an oversize button-down, a white t-shirt, and jeans (if you're lucky) is pretty much all you've been living in for the past 12 months. This same mentality is mirrored in the way the West Coast counterparts dress for life on their expansive vineyard—just like us, right?

Post-pandemic, I can already feel a Meredith Blake phase coming on. The villain of the film—whose qualms and desires seem much more understandable now that I have exited childhood—has mastered that elusive balance between sex appeal and elegance. Not to mention, she knows her way around a red lip. Her sartorial choices leave little to be desired. How about the introductory white dress with a skirt that parts in the middle to reveal another layer? Or the monochromatic workout set she dons in the scene that is perhaps most iconic? And, of course, the stringy black number which earns her the calling card of “bare-backed leggy fiancée" from Elizabeth? All are tempting options for armor once we re-enter the world.

Regardless of how you identify your personal style, The Parent Trap offers a little something for everyone. And in case this nostalgic style snack left you hungry for more, maybe this will serve as the final straw to invest in a Disney Plus subscription.