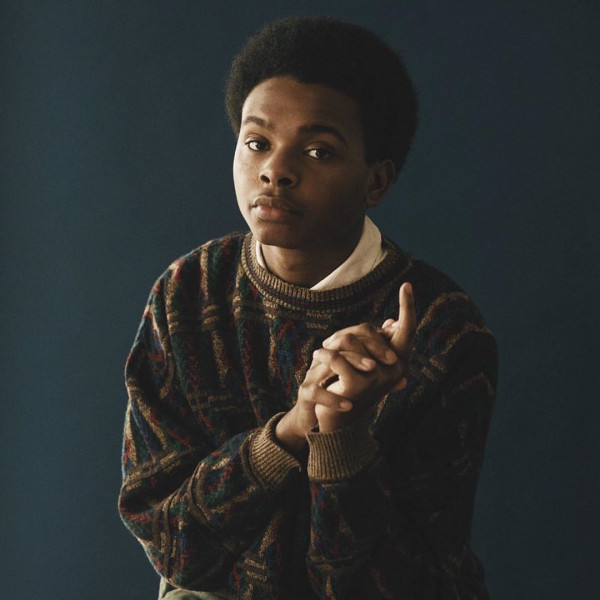 When Jay Versace started making Vines back in 2014, the young creator was working with six seconds at a time to make an impression. Years later, you can watch each moment by the compilation, 20+ minutes at a time. While his success has launched him towards his greatest passion—music—Versace’s life online has been informed by years of inspiration from the subtlest places. Even though he’s not making videos anymore, find out how the budding beatmaker’s sense of humor is the gift that keeps on giving.

There are so many Vine compilations of yours online still. How many Vines do you think you made in total?

“When I was doing those, I think I would make around six of them a day. I think it was about three years, and not six every day, so probably somewhere between 1,000 and 1,500 altogether.”

How did you get started online?

“It was a very fast thing that randomly happened when I was in high school and I saw everyone else using this app, so I started using it, and I immediately started getting way more feedback than any of my friends. [I] kept using it, so I was like, ‘OK, apparently I’m a clown internationally and not just in school, so let’s make this into a full-blown thing and try to get paid for it.’ So I was just in my house making videos every day to make my friends all laugh and seeing where it could take me.”

“When I was doing those, I think I would make around six of them a day. I think it was about three years, and not six every day, so probably somewhere between 1,000 and 1,500 altogether.”

What were some of your breakthrough viral moments where people at school started to notice?

“I remember I was on WorldStar, and that was the first time that my school saw that I made videos. I forgot what I did on there, but I was making videos and trying not to let my mom know because my mom had never heard me cuss before. So secretly I’m doing this, and one day I walk into school and everybody is just looking at me, and I’m like, ‘What is happening?’ And then everyone was just laughing, and it went downhill from there. It was viral videos from there. I have somewhere around 100 viral videos, so I can’t remember the first ones.”

A lot has changed in your life since you first became known on the internet. Do you feel like there’s a huge discord between who you were then and now?

“Yeah, a lot of people don’t talk about it, but I started when I was really young and I was already really crazy. But a lot of the personality and animated things I was doing wasn’t me. When you keep [getting] congratulated for something, you keep doing it because you want to keep getting congratulated. So a lot of that stuff was just how I was navigating, but at first I wasn’t fully being honest about what I wanted to do. I was really passionate about art and stuff like that, so I was navigating by making videos to get towards where I wanted to be.”

What was that transition in work like for you personally?

“Recently, about a year ago now, I told myself, ‘This is my life and I actually want to make my own rules and go by my own merits.’ So I stopped doing videos so consistently, and I started doing whatever made me happy, which was music and acting and modeling. It started to flow immediately with stuff that I wanted to do.”

You made your debut as a producer on the new Westside Gunn project. How’s the transition been from being known mostly as a comedian/content creator to sharing your production skills with the world? Has anything surprised you?

“I’ve always had a passion for music. I always used to sneak in my mom’s closet and find her crates with all these records. About two years ago, people have started hitting me who I actually listen to, and I’ve been linking up and becoming friends with them. And people that have inspired me said, ‘This is what you should be doing because you’re good at it, like me.’ So for the past year, I’ve been doing just that.”

“Recently, about a year ago now, I told myself, ‘This is my life and I actually want to make my own rules and go by my own merits.’”

When you were making videos, what were some of the biggest inspirations for them?

“A lot of the inspiration for the videos I was making is actually a lot of the things I’m doing now. I went from making videos where I’m dancing to Erykah Badu or somebody like Anita Baker, to now I’m sampling them. So a lot of the inspiration I got was from older classic music or people in my family that inspired me, like my aunts or uncles. I would unconsciously consume every little movement that they do. So I started making videos, and people were saying, ‘Wow, you look just like an aunty or something,’ and that’s when I realized I’m actually weird because I never knew that I could be another person.”

What makes you laugh online?

“My humor…is not…OK. [laughs] I always tell people I don’t know why they laugh at stuff that I do, but my humor is I laugh at just dumb sh*t. Nobody’s videos actually make me laugh, and that’s how I knew I needed to stop making videos, because I wasn’t laughing at my own videos or anybody else’s. So I was like, ‘What is going on?’ But I do watch Philadelphia comedians because they really have the best comedians on the planet. If I’m ever going to sit down and start laughing at something, a lot of Philadelphia comedians, but anything else I don’t find funny.”

Do you have a favorite meme right now?

“The meme that stuck for me was from I think The Real Housewives, whoever Todd is from TV. I don’t watch TV, and it was something with somebody’s grandmother in the video talking about [how] she thinks Todd set somebody up. [laughs] That meme is just pure and makes my face hurt, the way she sits back in that chair. I could use that meme every day, and it’s been like a month now I’ve been using it.”

Your style has also evolved with your content over the years. Do you have any eras or icons that influence your style?

“I always liked to dress comfortably in baggy stuff, and when I moved to L.A. and was able to buy my own stuff and see what I wanted my style to be, that’s probably the most embarrassing time of my life, when I took one concept and I just blew it out and dragged it so much. So when I moved to L.A., I was some bold shit, and people would be like, ‘What is he wearing?’ And I would get so upset, but now I look back and I’m like, What was I wearing? [laughs] I used to wear like, big pajama pants that were pink and orange. But over the years I stopped caring about the attention and focused more on feeling good and presenting myself, so I started growing into how I am now, which I’m sure I’m gonna hate in the future. [laughs] I’m also definitely inspired by the ’70s because the clothes were made for tall people, and I realized that ’70s clothes are specifically for tall people or tall people just look really good in ’70s clothes.”

“Over the years I stopped caring about the attention and focused more on feeling good and presenting myself, so I started growing into how I am now.”

Of all your videos, one that brings me the most joy is this one:

“That was actually right after I had gone to the beach, so I did feel really good. That video has some truth behind it, so I’ll always love that video specifically, and those videos of me walking. I’d never get embarrassed or regret making them because I really just love walking. Every single day. I’m actually going to go walk with my friends after this, so those are the real authentic videos. The fashion in that video was thrifted, it was a ’70s jacket and vintage pants.”

What is some of the most common feedback you get from people about your videos, and what keeps them coming back?

“I always try to figure that out, and I don’t know because the stuff I do is so random and the stuff they say is so random. But a lot of people say I inspire them to be more vocal and outspoken and being more Black. I feel like we’ve seen so many creators get a couple of coins and they start completely shifting identities and moving more like a machine, and it’s not realistic. People want to see more Black creators come up being authentically Black without having to change because they have a white gaze on them. So I get a lot from people that I’ve inspired [to] start doing what they’re doing and being Black and vocal about it, so that’s one thing I like to see. As far as being Black and being creative and my journey and what I’m going through, I don’t really want to be a role model for anybody or take on the role of guiding people. I want to show people what I’m dealing with, and that’s why I use my voice so much. Because I’m showing people, this is where I’m at dealing with whatever I’m around at a certain time. And I still use my voice about certain things in the Black community that people go through from my situation. So I’m going through life and using whatever I’m around as the base of this conversation while also staying creative and giving people music and shaping that there’s more to Black people or queer people than being just one thing. I’m trying to stay creative and just show people my journey.”

Spending a lot of time online can take a toll on you personally. Do you have any practices for self-care that keep you grounded?

“Supplements are so important to me. I wake up and just go straight to the kitchen and start taking supplements, then I go in my backyard and listen to music, and then I’ll deal with the fuckery, and then I’ll go on Twitter. I realized that mental health isn’t something that you do for fun; it’s a responsibility you have to take care of. I usually take a bath when I wake up almost every single day because we’re in a world where so much chaos is happening that if you’re all the way in it completely, you’re going to end up internalizing it. And I’ve already had that happen to me, where I was speaking out about everything. No wonder I started having anxiety attacks—because I was internalizing chaos.”