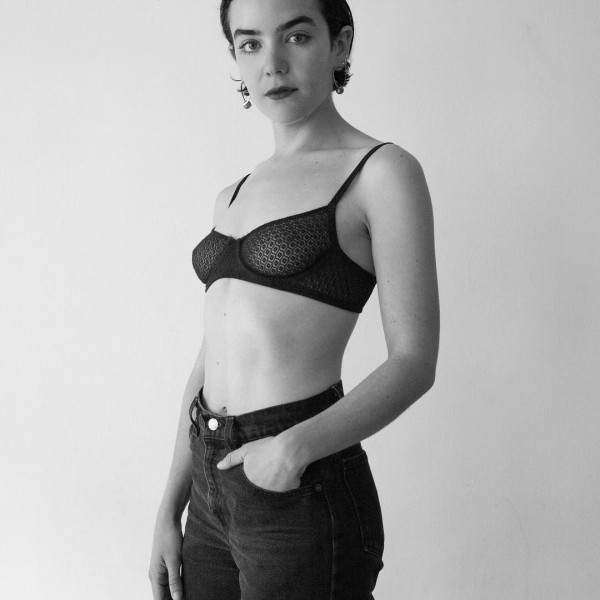 We’ve long since relegated roller skates to sepia-hued nostalgia: ’70s boardwalk babes in bikinis sailing through a simpler time. But no one predicted Ana Coto, let alone “Ana Octo,” the actress’s magnetic alter ego. Donning Euphoria-inspired outfits, “Octo” seems to have single-handedly wheeled the sport back into pop culture—courtesy of TikTok. Pirouetting from studio films to star of the skate community in the space of three years, the Cuban-American’s stratospheric vault to online icon status is remarkable. Now she boasts over a million disciples on the app, all tuning into Coto’s scheduled programming. As to where we might find her next, who she’ll showcase, what trick to expect, and, of course, how she’ll pull off her latest look, that’s for “Ana Octo” to decide.

Walk me through how you wound up skating, and how exactly TikTok entered the equation:

“I was always a performer, always a dancer—I was classically trained. I was 19 when I moved to L.A. from Miami. I wanted to be an actress, and I got really lucky when I moved here; I ended up booking the first five auditions I went on. So I felt really validated coming here, just hitting the ground running. Ten years passed, and while I still loved being an actress in L.A., I missed having autonomy or a voice. I had skated as a child, but when I started three years ago doing it for real, I suddenly felt very creatively fulfilled. Once I started using my body skating, I felt like I was performing, like I became this Ana Octo character, and I felt very much myself. Then I started dancing on skates and making videos, and then my boyfriend suggested I get on TikTok.”

Did you see potential in the platform at the time?

“I definitely realized I was here on this ‘young person’s app’—it quickly started pushing things to me—but I didn’t see anyone on there like what I was doing. There weren’t very many people posting skate videos regularly, to the extreme that when I went to the rink before COVID-19 and said to everyone, ‘You guys, my first video on TikTok went viral, you need to start posting! They love it!’ And it’s like the perfect app for it, because we’re making short music videos, essentially. It’s not Instagram, it’s not YouTube, you have the ability to make it look like you’re singing, but it’s Jennifer Lopez.”

“Once I started using my body skating, I felt like I was performing, like I became this Ana Octo character, and I felt very much myself.”

I remember seeing the Chet Faker “Gold” video and having no idea anyone could achieve that kind of fluidity and flexibility on wheels:

“I know! When I first saw that Chet Faker video, I remember daydreaming about wanting to skate like that, the magic of the movement and the skating. They looked so ethereal, I remember just loving that video. So I remember going to rinks and thinking, Wow, these people are very, very good. How am I going to do this? But I kept showing up and showing up, and I got better and better until those skaters became friends.”

Did your TikTok snowball the same way?

“With TikTok it was like, Cool, a video went viral, but thousands of people go viral every day. Then the videos kept going viral, and I got like, 40,000 followers, then it was 100,000. It’s interesting because a lot of people are talking about how white girls, women who look like me, might blow up on TikTok quicker than their POC peers. Because when you look at the most famous creators, they are all white, while Black creators work very, very hard to get the same type of attention for something they pioneered in the first place. However, skating is a very, very diverse and eclectic community—and extremely popular in the Black community—and if skating keeps popping off on TikTok, that will bring the app a lot of diversity.”

And that reflects in the rinks?

“Right, some of the rinks are predominately white, and some are predominantly Black, and in L.A. we’re working really hard to make the white rinks more integrated in 2020. Especially when there are so many prejudicial rules, many of which target Black people. In the Black community, they use a different kind of wheel because their style is sliding, so they need wheels with less traction—but Cali slide style is like a dance skate, stepping on rhythm. But the predominantly white rinks have rules against those wheels. It’s very weird, but it’s very much broadened my worldview.”

How do those different styles manifest in self-presentation? I feel like a big part of your allure is that you wear these incredible outfits that you wouldn’t necessarily think are conducive to skating:

“Lots of the roller aesthetic is that ’70s vibe, which I respect, but because I skate so much day to day, it’s more like I’m dressing in accordance with my personal style. I’m more of a ’90s girl than a ’70s babe. I didn’t really fit in, but it’s a certain level of comfort that reflects in my skating. I wanted to be able to do my sexy model walk, I feel very empowered doing that diva walk, so it’s always about feeling comfortable to be able to dance, like truly dance, in whatever I wear.

“I think the cool thing about my persona with my roller skates is that she can wear whatever she wants. Just because Ana Coto doesn’t vibe with a particular dress—maybe it’s too gaudy or much—maybe it’s perfect for Ana Octo. I feel freedom to take risks. I wore the slutty ‘Maddy’ pants from Euphoria. And it’s like, would Ana Coto wear those to a Hollywood event? Probably not. But would Anna Octo skate in them? Absolutely. And TikTok has tons of niches, there’s room for everybody on there. There’s gay TikTok and straight TikTok. Sometimes when I’m not wearing a bra, I fall on lesbian TikTok. There’s differences between us, and I think my aesthetic is more natural, but loves a costume, too. Putting a little glitter on my eyelids definitely makes me feel better.”

“Lots of the roller aesthetic is that ’70s vibe, which I respect, but because I skate so much day to day, it’s more like I’m dressing in accordance with my personal style.”

It’s almost an extension of your acting career. Was the goal ever for the two to intersect?

“Yes, ma’am. Thank goodness I have this and I’m not relying on so many other people for me to have a job or just to feel social and connected to people. Posting on TikTok helps you to feel connected and seen and validated.

“It’s interesting because it was always more of a physical goal. Like how everyone started skating in quarantine, mostly because we weren’t walking or exercising, so everyone started to feel crazy. I think it helps to connect you with your body and your spirit, so for me, whatever I dream about doing, I envision being able to do that with my body because I feel like it will help me reach real enlightenment. I want to be able to feel as free on my skates as I dream of. So who knows what the manifestation of that looks like and if it’s related to a film or a show, but it feels like a personal feat that I want to accomplish: I want to be able to float. And the best thing is that skating is there for you whenever you want it.”

“Thank you for saying that. Yes, I feel like it did save my life! I gift roller skates now to everyone, that’s how I pay it forward, and then they’ll ask for me to give them a lesson. It’s such a blessing to see everyone dusting their roller skates off and connecting.”

Can you see your success as a skater translating into other areas of entertainment?

“I mean, Beatrice, there was a Times piece about skating, and it included me. I feel like of course it has to translate, and it will. I want to show the world that roller skating is very, very cinematic. Gene Kelly was on set, walked past a pair of roller skates in the window, and said, ‘This is what my dance number will include today.’ There’s just so much to talk about because it’s such a big, gorgeous community. It’s a unifying thing. So does it connect? Yes. Should more studios be thinking about this? Yes. I haven’t been in a studio picture for five years—where are they? So I’m recalibrating, and now I know I don’t need anyone else to perform. All the TikTok people must feel the same, we created our own audience.”