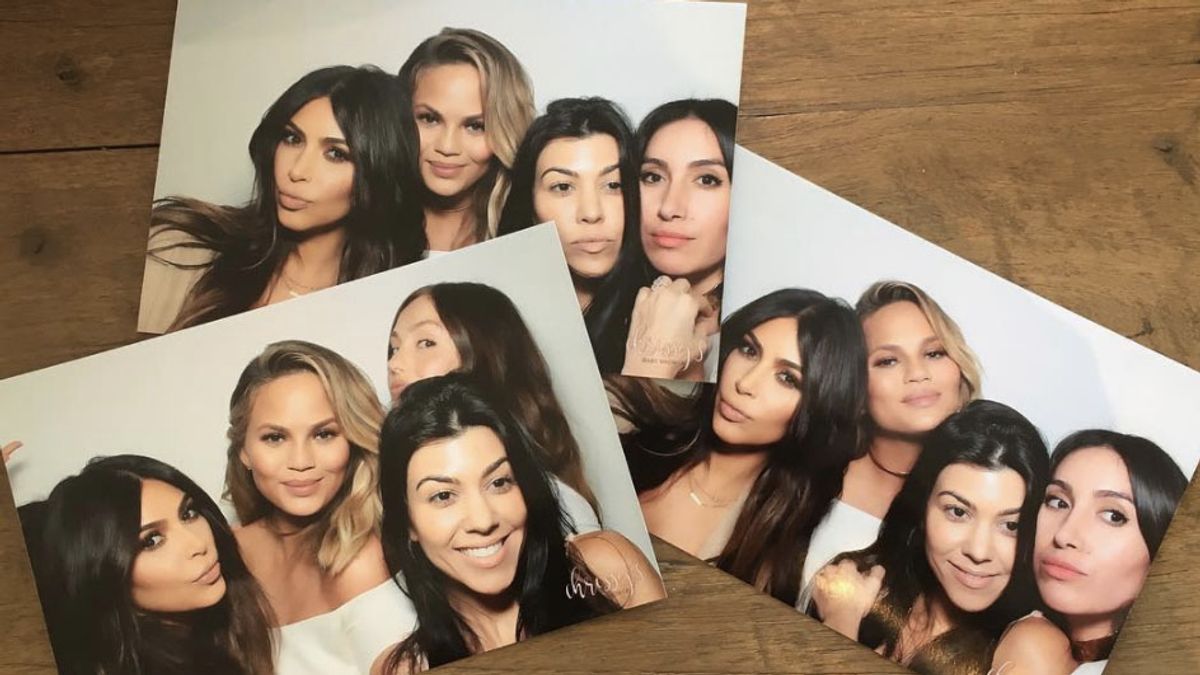 Here's some stuff we think they should read.

In the latest edition of unexpected news, Kim Kardashian has started a book club with Chrissy Teigen (and hairstylist Jen Atkin, and possibly La La Anthony, whom they invited to join via Twitter, as you do). The first pick Kim’s “making them read,” according to her tweets? Embraced By The Light, which the star says is a  “story of a woman who died during surgery &came back 2life. She shares her journey of what heaven is like. Its so good by @BettyJEadie.”

We agree that sounds interesting, but if Kim’s got plans to continue—she’s apparently already setting up a Book Club section on her app—we’ve got suggestions for what she (and you) should read next, straight from our own curated lists.

A Little Life by Hanya Yanagihara

“I’ve told everyone I know about this book already, so I might as well tell you guys too. It’s one of the only books I’ve read where I was so in it and absorbed that I thought I would run into the characters walking around SoHo and Chinatown (where a lot of the book takes place). Be warned, however: this is no beach read. It is sad, sad, sad. So sad I cried multiple times on the subway (it also may have been responsible for a morning fainting spell I experienced on the subway—I swear I’m not that much of a delicate flower). That said, it’s so well written and the characters are so well drawn (hence me running into them IRL), that you can’t put it down. In brief, it’s about a small group of male friends who become very close during college and move to New York. It spans their entire lives and is a serious epic with many a torturous turn. It’s viscerally affecting, to say the least. If you haven’t joined the A Little Life club (it’s a passionate members-only thing—Steven Kolb is also a fan), pick it up now.” — Emily Ramshaw

The Life-Changing Magic of Not Giving a F*ck: How to Stop Spending Time You Don’t Have with People You Don’t Like Doing Things You Don’t Want to Do by Sarah Knight

“The title of this book alone gives you a pretty good idea of what the hell is going on in my head ATM. As I get older, I’m realizing just how crucial it is to look out for number one and to fill your time only with people (and things) that make you smile so big your cheeks hurt. Warning: it ain’t easy. So if you’re trying to figure out where the hell to start, I suggest reading this gem of a book. You won’t be mad you did, I promise.”
— Jodi Taylor

This Is How You Lose Her by Junot Díaz

“Junot Díaz is a mind-numbingly good writer. I literally couldn’t put this book down, and once it was finished I was dying for more. It’s a little vulgar, but so, so good and really kind of heartbreaking.” — Laurel Pantin

A Widow for One Year by John Irving

“I’ve read this before, and dammit, I’ll read it again! It’s just so good. Totally heartbreaking, beautifully written—I can’t get enough with this book. It was the inspiration for the film The Door in the Floor, but is about a billion times better. I didn’t want it to end the first time I read it, which is why I’m re-reading it on these cuddly early fall days.” — Laurel Pantin

You Will Not Have My Hate by Antoine Leiris

“You Will Not Have My Hate revolves around one man’s viral reactionary Facebook post to his wife’s murder during the Paris terrorist attacks in November 2015. It’s going to be heavy and sad, of course, so keep that in mind when deciding when and where to read it—but the hopeful message is clear and one that everyone can get behind.” — Andee Olson, Site Director

Men Explain Things to Me by Rebecca Solnit

“When FIT (finally!) launched their gender studies minor, I knew I had to jump on the literary bandwagon before I graduated. Much to my dismay, I was living under a rock and knew little to none of the prolific women writers of our time. After reading excerpts in my Women in Writing class by contemporary feminist writer Rebecca Solnit, I hastily bought her most recent book, Men Explain Things to Me. I suggest you read the book before you get stuck conversing with a man at an impending Christmas party whose only interest is to talk over you or, like the title suggests, explain things to you that you already know. The worst.” —Bonnie Azoulay

“Don’t know how I slept on this book all 2016 long, but I’ll be making amends by reading it this month. The highly acclaimed New York Times bestseller tells the story of the narrator’s grandfather, who, while terminally ill, begins unfolding his life story—previously untold—to his grandson, condensing a lifetime’s worth of stories, from his prewar days to a Florida retirement home, in one week. It’s sure to be one of those books that makes you want to sit down and pry your grandparents (and parents) for as much information as possible.” —Alicia Cesaro

“I decided to re-read George Orwell’s 1984, and I think the reasoning speaks for itself. It jumped up to the top of Amazon’s best-seller list and has stayed there since President Trump’s inauguration. I think Amazon says it best: ‘Written in 1948, 1984 was George Orwell’s chilling prophecy about the future. And while 1984 has come and gone, his dystopian vision of a government that will do anything to control the narrative is timelier than ever…’” —Andee Olson