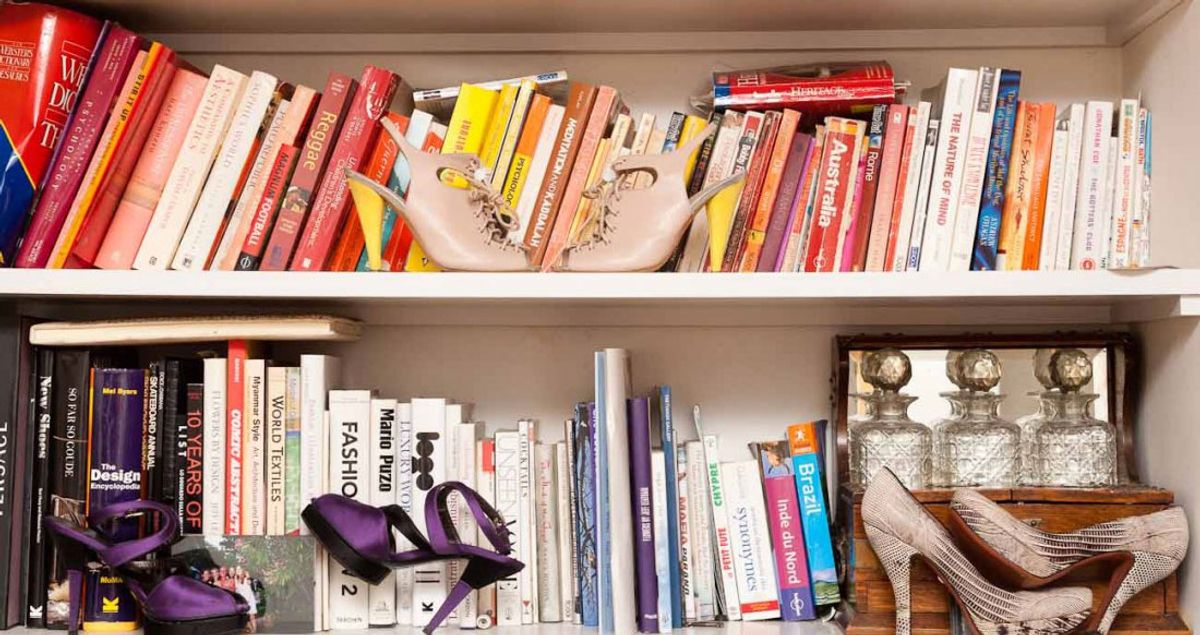 Welcome to the first installment of The Coveteur Book Club.

As you can probably tell—we’re pretty excited about summer finally making its way back into our lives. In order to make the most of it, we’ve all developed our own personal bucket lists, whether they include eating each and every meal outside, saying yes to (almost) every adventure  that comes our way or traveling as much as humanly possible, we’re all about making it count. The one thing that’s atop most of our lists (and we’re guessing yours, too)—is to read more. In the morning while eating breakfast, on the train/ferry/airplane/jitney, et. al, en route to a weekend getaway, at the beach, poolside, basically everywhere—we’re reading. And since we're all too familiar with that desperate feeling that comes with ending a really riveting book and not having another one cued up to go, we rounded up our favorite reads of the summer—just like your summer reading list of middle schools pasts, but way, way better. Read along with us, let us know your favorites, and promise to send your suggestions our way. You know where to find us.

A Little Life by Hanya Yanagihara

I’ve told everyone I know about this book already, so I might as well tell you guys too. It’s one of the only books I’ve read where I was so in it and absorbed, that I thought I would run into the characters walking around SoHo and Chinatown (where a lot of the book takes place). Be warned, however: this is no beach read. It is sad, sad, sad. So sad I cried multiple times on the subway (it also may have been responsible for a morning fainting spell I experienced on the subway—I swear I’m not that much of a delicate flower). That said, it’s so well-written and the characters are so well-drawn (hence, me running into them IRL), that you can’t put it down. In brief, it’s about a small group of male friends who become very close during college and move to New York. It spans their entire lives and is a serious epic with many a torturous turn. It’s viscerally affecting, to say the least. If you haven’t joined the A Little Life club (it’s a passionate members-only thing—Steven Kolb is also a fan), pick it up now. — Emily Ramshaw

The Girls by Emma Cline
I’ve downloaded countless books ahead of vacation but The Girls is the first one I dove into. And for obvious reason, it’s set in the summer in the 1960s in California, and features one character's relationship with what will soon be an infamous cult. It’s one of those novels that keeps you on the edge from the very beginning. Not enough to be scary, but just enough that you’ll want to keep turning pages. And if you have yet to read Lauren Groff’s Fates and Furies (the book of summer fifteen) stop everything, download it to the Kindle app on your iPhone and get reading. It may start off slow, but I promise—pinky promise—that it’s well worth the wait. Soon you won’t be able to put it down and afterwards, you’ll think about it constantly. — Alicia Cesaro

Zero K by Don DeLillo
I *just* downloaded this book, so I can’t reveal much beyond that the writing is incredible, and I’m in that place where I’m counting down the hours until I can go home and read. But let me take this opportunity to second, third, and quadrupole endorse Emily’s choice. A Little Life is maybe the most incredible book I’ve ever read, ever. — Laurel Pantin

The Nightingale by Kristin Hannah
I know, I know, I might be a little late to the game since this book was such a hit this spring, but for those who have not read The Nightingale, you need to make it next on your list asap. It’s about two sisters in France during WWII and how they each contribute to the war efforts. I read it in one weekend at the beach, and the whole time I was thinking ‘not only are these girls total badasses but I just don’t know if I could survive what they went through.’ It left me with a serious feeling of girl-power and hours of French Resistance googling—I’m practically an expert now. — Andee Olson

Sweetbitter: A Novel by Stephanie Danler
Forget film, or fashion. The industry dirt I find most fascinating is far and away that which comes from the restaurant world—so the fact that the NYT is calling this the Kitchen Confidential of our time makes me exponentially more excited to rip through this one weekend this summer. Factor in that I’m a sucker for a coming-of-age story, too, and you pretty much have my ideal read. — Meagan Wilson

Live by Night: A Novel by Dennis Lehane
Every year I pledge to conquer all book to film adaptations before they hit the big screen and become immortalized by gilded statuettes. I refuse to once again be the only one mindlessly shaking my head as if I’d known the elusive She and He weren’t *supposed* to have a happily ever after. This summer it’s on, and Lehane’s Prohibition-era crime novel is my first read of choice—consider this my paper trail so you can hold me to it. Actor, writer, producer and sometimes sad superhero, Ben Affleck, is making his directorial return since “Argo” with his spin on Live by Night. Zoe Saldana, Sienna Miller, and Elle Fanning to name a few are all on board...so I am too. And, as an added bonus, the story is set in Boston which also means Ben the Bostonian will make his reprise! — Liana Weston