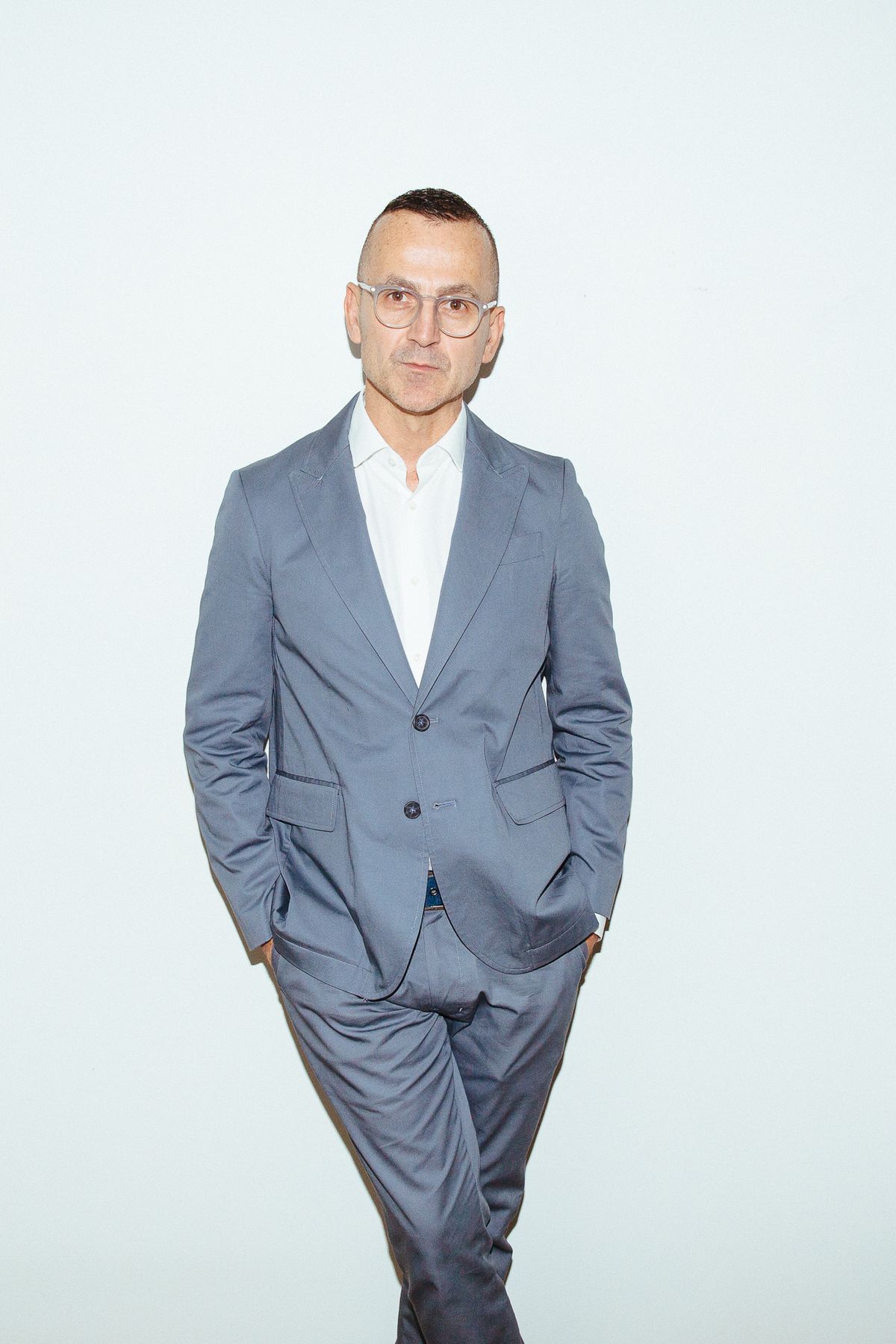 Alicia Cesaro
Leslie Kirchhoff
Alicia Cesaro
When you’re Steven Kolb, the president and CEO of the Council of Fashion Designers of America, your job comes with a lot of perks. Some of said perks come in the form of clothes—lots of clothes. But the really rewarding ones involve fostering young talent, supporting American design companies, and driving many of the initiatives affecting fashion week. Kolb (who appropriately describes his style as “disheveled American”) recently celebrated an anniversary with the council, and while we knew his ten years as the head of the CFDA had been impactful, chatting with him only reinforced our theory. He waxed poetic about the ever-changing state of fashion and the designers who have benefited from the CFDA’s many programs the same way some speak about their firstborn children. You can tell that Kolb is one of those people who lives to get up and head to work in the morning. When Kolb isn’t working, or with his husband and their rescue @officialdonnathedog, he’s on shopping excursions with mentor and friend, Diane von Furstenberg (no big deal!)—who’s on a personal mission to inject color into his monochrome uniform. While his closet contains mainly navy and black pieces from the likes of Prabal Gurung, Gypsy Sport, Public School, and Theory, each item is tagged with personal anecdotes and memories. “Every time I get dressed I think of somebody that thought of me,” he explained as we hung suit jackets from framed prints and balanced shoes atop his many coffee table books. If that isn’t the nicest way to get dressed on a Monday morning, we don’t know what is.
Closet