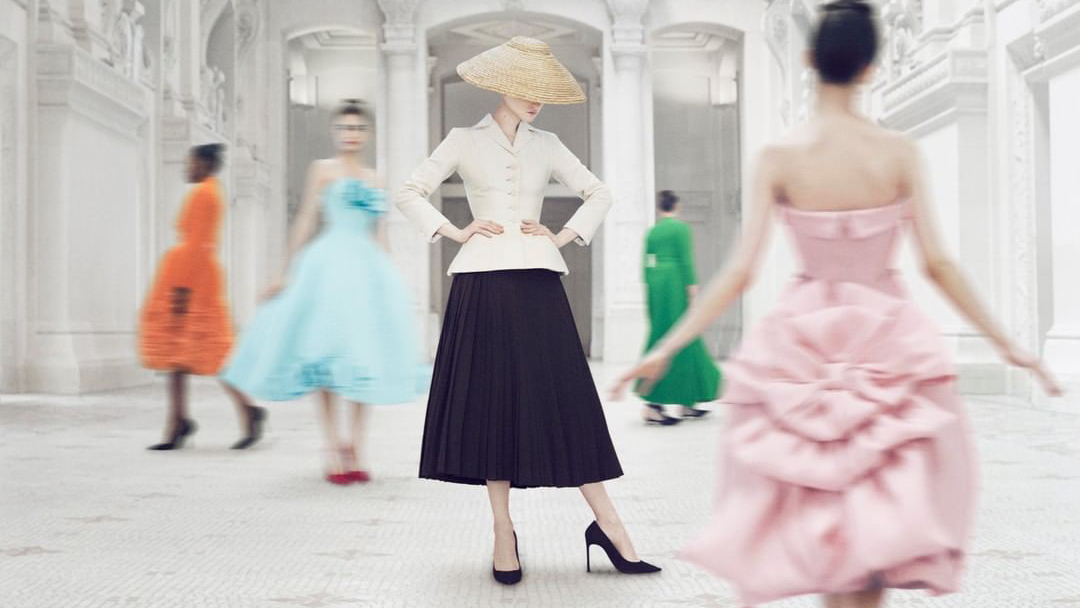 The Luxury Space Has Never Been More Digital

Luxury fashion is often seen as synonymous with exclusivity. Their product is typically on the more expensive side—unaffordable for many. Luxury houses host events with society’s elite and for years have maintained an air of untouchability. However, as the world becomes more digital, these brands have become more accessible, at least in terms of knowledge. As of a few years ago, fashion shows are now posted all over Instagram and in many cases can be live-streamed. You can read interviews with designers to hear how they built their companies, and social media has allowed people to discover things about these luxury brands that they never would have been able to 20 years ago.

Since the current pandemic struck, brands across all industries have been looking to forge even stronger connections with their audiences, and the luxury space is taking note. As many face uncertain times, it seems fashion can no longer operate in its elite bubble and must emphasize its more human aspects. Therefore, luxury brands have been offering new digital initiatives to peel back the veil of exclusivity on their labels. Design houses like Marc Jacobs and Prada are tapping esteemed creatives to discuss how the current state of affairs is affecting their industry; Valentino and Oscar de la Renta are streaming live performances on their social media; Christian Dior and CHANEL are giving their audiences a deeper look into the histories of their brands. And the great thing is, almost all of this can be accessed via Instagram. A look at these initiatives and more, ahead.

Christian Dior’s “Designer of Dreams” exhibition, originally shown from 2017–2018, was available for viewing at the Musée des Arts Décoratifs—not the easiest place to get to for most people. The label has released a one-hour documentary tour of the exhibition to YouTube for anyone to view. “Over seventy years of creation is revealed through iconic haute couture dresses, precious archival photographs, sketches by Christian Dior, objects, accessories, original paintings by great masters, a cabinet of curiosities conceived as a sweeping display of color, and much more,” said the Dior team. Now we can all step into the exclusive world of Dior to watch as the label evolved through rounds of iconic designers like Yves Saint Laurent, Maria Grazia Churi, and Christian Dior himself.

In a new chapter of their docuseries Inside Chanel, videos that delve into the history of the iconic label, the CHANEL team has launched Gabrielle Chanel and Cinema. The series will be released in four parts that detail “the special relationship Gabrielle Chanel had with the world of the arts.” As both cinema and Chanel herself came to fruition around the same time, these films explore the delicate, and at times turbulent, connection Chanel had with the pictures. Apparently, Hollywood thought of Chanel’s work as too simplistic for them. The brand has also partnered with creatives to produce #stayhome playlists to encourage people to do just that.

Gucci is trying to amplify messages of empathy and creativity that they have tied into their crowdfunding campaigns. The label is currently tapping friends of the house to create visually uplifting content ranging from live performances to paintings to elaborate makeup looks. Participating friends of the house include major names like Lou Doillon, Gia Coppola, Elton John, Elle Fanning, Jane Fonda, and more.

The McQueen team launched their new series, McQueen Creators, to “encourage creativity from home.” They are turning well-known pieces from old collections into new sources of inspiration, reconnecting with some of their favorite iconic looks. One week they asked their followers to draw along with them as they sketched the finale Rose dress from their autumn/winter 2019 collection. Other weeks, initiatives ranged from guiding us through the steps of how to make three-dimensional flowers to asking followers to freely interpret their favorite look. They called in expert artists dear to the label like Howard Tangye and Simon Ungless to guide followers via video. This week, McQueen Creators is inviting followers to submit photography taking inspiration from nature as, “now more than ever its beauty and ability to regenerate is a symbol of hope and quiet power.”

Valentino’s new digital initiative is to partner with singers and poets to offer live performances via Instagram, much to the delight of their followers. Together with Pierpaolo Piccioli, Maison Valentino said their goal is to “create a bond with their friends and community through this new series.” So far they have partnered with singers Alicia Keys and Elisa and poet Rupi Kaur. The house will continue to feature artists on a weekly basis.

The Marc Jacobs team is also using their own digital means in creative ways, taking advantage of IGTV to spur intelligent conversation about interesting topics through the lens of fashion in an initiative called Open Book presented by Bookmarc. Their first conversation of Open Book featured sisters Tonne and Wendy Goodman discussing the role of mentorship in both their careers. Other topics have included books, film and modeling with guests ranging from Kaia Gerber to Anita Bitton to Stefan Beckman and Stephen Galloway. In a separate initiative dubbed Drawn Together, the Marc Jacobs team is tapping artists from Jenny Walton to Grace Coddington to walk their followers step-by-step through illustrations, paintings and sketches. Friday May 22nd, André Leon Talley, former Vogue editor will be in conversation with original Punk Princess, Gloria von Thurn und Taxis to discuss ALT's new book "The Chiffon Trenches: A Memoir".

The Prada house has used this time to explore fashion’s intersection with the rest of the world. In live sessions they are speaking to creatives both within and outside the fashion industry. In a press release the house said they are “exploring how culture has been impacted by shifting times and, perhaps, evaluating the impact of the moment in which we live,” by discussing subjects like fashion, love, and creation. Their guest roster includes Alexander Fury, Olivia Wilde, Lee Daniels, and Francesco Vezzoli.

This luxury brand decided to rekindle their partnership with Sebastien Perrin, the DJ who previously provided the soundtrack for the label’s fall 2020 fashion show. The Oscar team wanted to use music to bring both joy and hope to their followers’ Instagram feeds with an IG Live collaboration. The soundtrack expertly paired both men’s and women’s voices to create a sound that is powerful and fun, like the brand itself. “Music and art in general have always been a huge support to me, keeping me motivated through any complicated situation,” says Perrin. “My goal is to hopefully bring a breath of ‘fresh air’ during these times.”

Louis Vuitton is offering customizable Mother’s Day e-cards with the hashtag #WELVMOMS “to offer a unique opportunity to express additional love and appreciation for the most important women in their lives, regardless of distance.” These e-cards are complimentary and do not require any purchase. Additionally, they have been featuring some of the best LV archive editorials and campaigns to their social channels, such as campaigns shot with wild animals in South Africa or in the marshes of Cambodia. We also highly recommend checking out LV’s menswear designer Virgil Abloh’s playlist that they have shared on their Instagram.

Through their new initiative, Chloé Voices, the label is partnering with creatives to offer an array of uplifting content via Instagram Live and stories to their audiences. So far this has ranged from a live discussion between Kate Bosworth and Natacha Ramsay-Levi to a performance from Haim to a hairstyling tutorial from Ben Skervin. All are covering topics to get you out of the quarantine headspace and allow you to focus on something joyful, even if for a short period of time. This week you can look forward to DJ sets by Parvane and Dustin Muchuvitz and more.