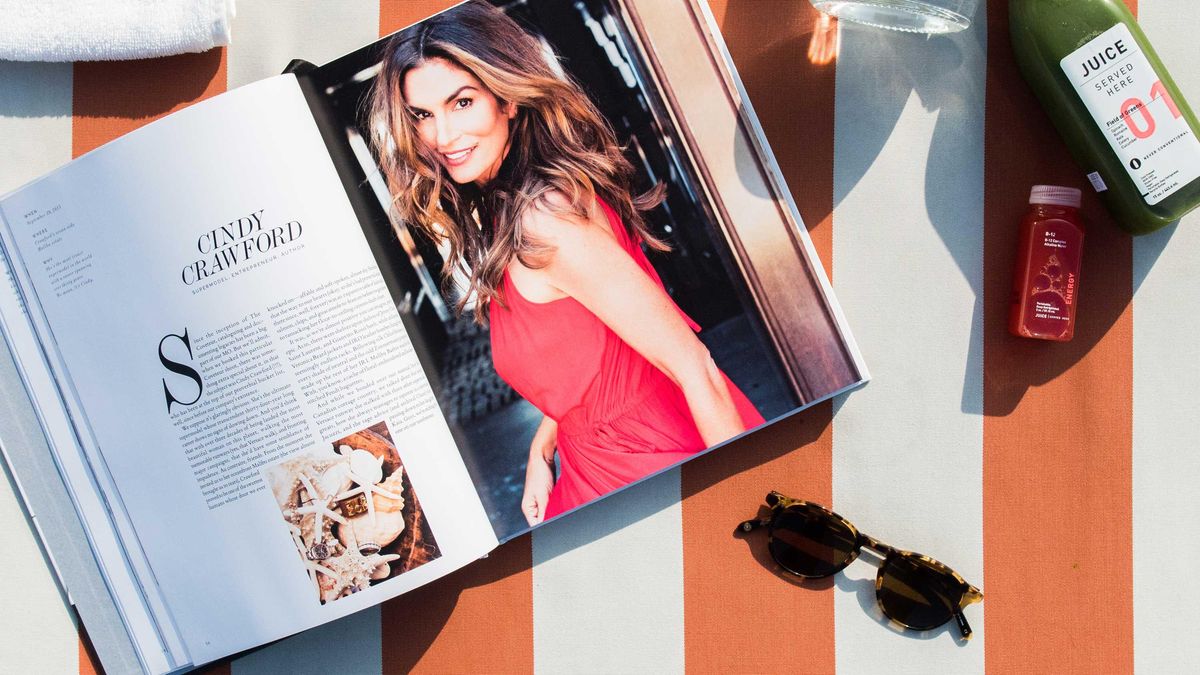 Since elaborate entertainment like ballet and opera are canceled in-person indefinitely, our main entertainment these days comes in the form of TV, movies, and books. (Oh, and looking out the window.) The good news: We've been finding ourselves totally spirited away with the spring selection of entertainment. The bad news: Oh, well, we already covered that.

If you're looking for a quick break, try one of these 15 books, shows, and films to immerse yourself in other people's stories and take a time-out from reality.

5 new books to read in a sunny patch of grass

If you haven't already gotten your hands on a copy of Justine, get thee to your local bookseller (or local bookseller's online shop), stat. With beautiful, dreamy illustrations done by the writer herself, Justine follows the story of easily malleable Ali and her new everything, Justine, who sparkles in the fat-free glitter of the late nineties. About more than teenage friendship, the book will take you back to your own complicated relationships of high school and fill you with nostalgia while chipping away at your heart with an ice pick.

If You Kept a Record of Sin by Andrea Bajani

Translated for the first time to English from Italian by Elizabeth Harris, this slim novel follows a young man who returns to Romania for his mother's funeral. Just a boy when his mother left him behind in Italy, this is a story of abandonment that lets fall revelations in delicate, tight prose the way a child might drop pennies into a creek. The ripples are deeply felt.

A tale of two sisters, Choi's third novel explores the bond between women with the same parents—even when they find themselves worlds apart in the same city. But when disaster strikes—in this case, cancer—the relationship is torn apart and rebuilt from the ground up, and we get front-row seats to the drama.

Quade's debut novel—after a stunning collection of stories, Night at the Fiestas—is set in the fictional town of Las Penas, New Mexico. When his 15-year-old daughter shows up pregnant, 33-year-old, unemployed Amadeo Padilla has to course correct, or try to. The book actually started as a story in Quade's collection, answering the question of what might happen if a short story one day grew to be a whole novel.

Sometimes getting what you want is a bit of a curse. In Cusk's new novel, inspired by Mabel Dodge Luhan's 1932 memoir of D. H. Lawrence's visit to her property, Lorenzo in Taos, a woman with a family invites an artist to stay in her guest cottage, and all hell very quietly breaks loose.

Younger! Season! Seven! Is! Here! Honestly, this is the show we're most excited about this spring, especially since it'll be the series' last season ever. We loved coming across the show's sets all over Williamsburg all winter long, and we're stoked that post-production won't take a million years. If you know, you know; and if you haven't already fallen in love with Liza, Kelsey, and the whole Younger cast, you're lucky as hell.

Starting with Naples and the Amalfi Coast, the actor you know best for his role in The Devil Wears Prada (sorry, Stanley) explores the culinary masterpieces of Italy. If you already weren't suffering from a terrible case of wanderlust, you will be after you finish this series.

Sure, we wouldn't always recommend a crime procedural. But when was the last time you got to watch Queen Latifah (as Robyn McCall) rain down fury on the oppressors of our time, all while looking like the coolest woman in the world? Doreen St. Felix reviews it excellently in the New Yorker.

This murder mystery series is based on the premise of a dating app using your DNA to help you find love. But it also might ruin your life. The British drama, based on a novel of the same name, asks: "How far would you go to find the one?"

Similarly, if you're in the mood for some absolutely bonkers drama, this British series will definitely fit the bill. Also based on a novel of the same name, the series starts out by following a terse love triangle, if you could call it that, and quickly unravels from there. Be forewarned, though: There has been quite a bit of outrage about the ending.

5 new films that would be even better in the theater

A two-hour documentary of the woman and legend Tina Turner follows the arc of her career. Unlike some recent docs of powerful Black women, this one charts her story as a collaboration with Turner herself, allowing her to narrate her life in her own words—from her opulent home in Zurich.

If you loved the first one, you have to see the sequel. More than 30 years later, Eddie Murphy and Arsenio Hall (and many other beloved actors) are back to fill in what happened after the first film closed. It's not nearly as good as the first one, but you'll cheer them along all the same—and it's fun to see all the nods to the classic.

In Vulture's words, this is a "time-traveling psychological fashion thriller (and maybe…musical?)." What more do you need to know?

If you loved Pop Smoke the way we loved Pop Smoke, you'll want to watch this just to see the late musical talent in his first and last role on the silver screen. Taylor Takahashi stars as a Queens basketball star who has NBA dreams in one hand—and his parents' vision in the other.

Just over 20 years ago, nine-year-old Emmanuel Sanford-Durant and his family started videotaping themselves and their surroundings in one of the most dangerous neighborhoods in the country, in Washington, DC. The cameras kept on for two decades, and this doc navigates the wrenching stories that emerged from those years of filming.