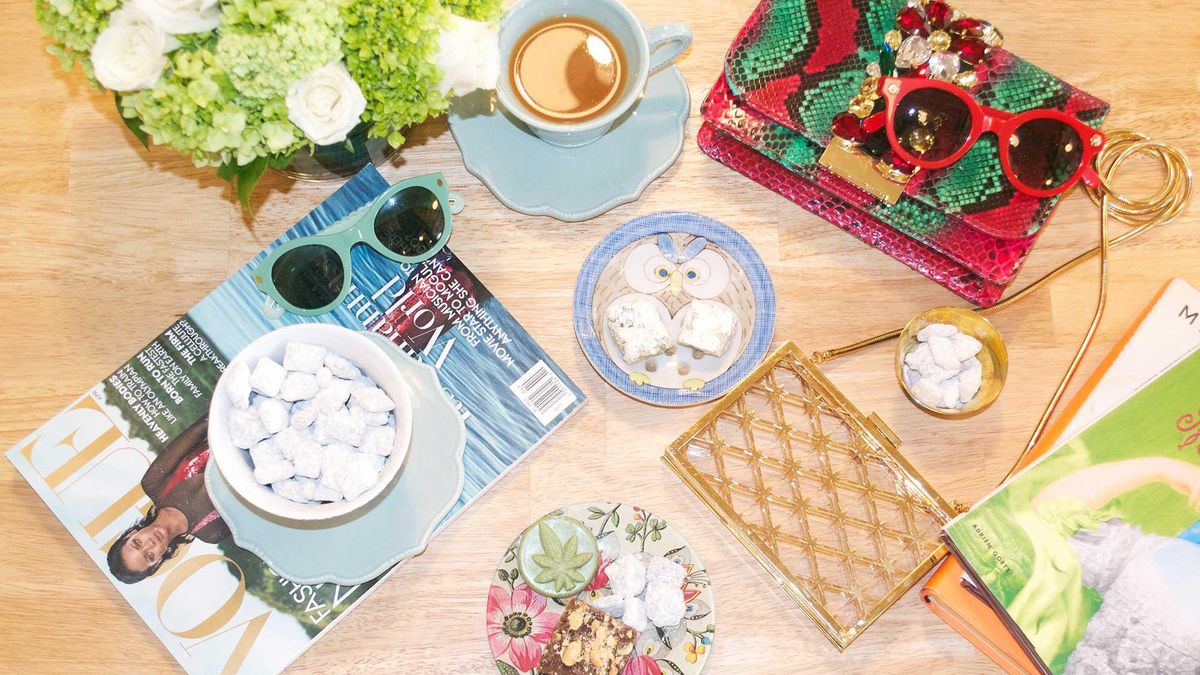 It's touted as the new CBD.

As I write this, I'm high. No, not the near-frightening paranoia levels of high that smoking too much weed will create, and not even the munchie-fueled couch-potato high that I usually strive for on the weekends. I'm currently in a state of bliss with a subtle heady feel that makes my mind race a little less, slightly relieving me of my crippling anxiety without incapacitating me completely.

This high isn't from your conventional THC. This is my mind on Delta-8, a budding new variant of cannabis that's been touted as "the next big thing" in the marijuana industry.


According to Mehran Moghaddam, founder and CEO of cannabis lifestyle brand Kurvana, you can consider Delta-8 a relative to Delta-9, aka conventional THC.

"Delta-8 and Delta-9 are, I would say, cousins. It's slightly different in structure chemically, but they're all cannabinoids which interact with the endocannabinoids inside the body, but the various different cannabinoids have different effects, as you can see," says Moghaddam. "The one thing that's overall unique about Delta-8 is the fact that it has psycho-activity, where CBD does not. So it's not giving the exact same effect as Delta-9 THC, but you will have a similar effect."

Another distinctive factor of Delta-8 from traditional THC is that it's most commonly derived from a hemp plant, not a marijuana plant. This is one of the reasons why its legality is complicated, which we'll get to later.

"The cannabis plant Delta-9, or the THC that we know of, is the most common type, but Delta-8 is the isomer of it and is usually derived from the hemp plant," says Dr. Erik Smith, medical practitioner at cannabis health tech platform Veriheal. "However, the older the cannabis plant, the more likely you may have some variation of that Delta-9 converting to Delta-8. But [in] today's market, when you talk about Delta-8, it comes from the actual hemp plant which is actually CBD-dominant, since a hemp plant has less than 0.3 percent THC."

Does Delta-8 Actually Get You High?


In short: yes, it does. But with any drug, everyone's experience with it is unique and depends on a few factors, like dosage, how naturally tolerant you are to THC, and how much weed you actually smoke. As someone who has a medical marijuana card and smokes multiple times per day, I could still feel the effects of Delta-8, but there's definitely a distinction between it and its more mainstream so-called cousin, Delta-9 THC.

"The key thing you have to understand is that most patients respond very differently to Delta-8 and Delta-9. Some people have receptor affinity for a THC Delta-9, then it's different. So a patient who uses more THC will tend to have less of an effect than someone who may not have used THC before," says Dr. Smith. "The same thing applies with Delta-8, so some patients may have a higher affinity for a THC and not have as much of an effect as somebody who may be naive to the use of the drug. So it affects people differently, but can you get high with Delta-8? Absolutely."

Not only does Delta-8 get you high, but Dr. Smith also notes that it gives you similar wellness benefits—think pain reduction, reduced anxiety, reduced effects of PTSD, and increased sleep.

"So all of the effects that you see with Delta-9 can be seen with Delta-8, just in a less euphoric, less intoxicating effect," he says.

If you're wondering about sativa vs. indica, Moghaddam says similar principles to Delta-9 THC apply. It all depends on what variant of hemp it's derived from, plus the extraction process.

"The chemicals of Delta-8 specifically, it's going to be hard to say indica or sativa," he says. "So it could be either one, depending on what the chemical composition and the end product is going to be."


Delta-8's legality is pretty much in limbo at the moment, and that all has to do with a bill from 2018 called The Farm Bill.

"The Farm Bill was introduced in 2018 and basically defines any products derived from hemp considered legal," says Moghaddam. "So if your Delta-8 comes from a hemp plant, which is defined as less than 0.3 percent THC, then it's considered legal."

However, he notes that legislators didn't contemplate that there are products that get you high that are coming from hemp products. With Delta-8 becoming more popular, its legal status is up in the air on a federal level. But anti-marijuana states like Oklahoma are moving fast to tighten any loopholes that allow Delta-8 to be legally utilized.

"If you look a year ago, there weren't a lot of these products out there. I'm sure the feds are very familiar with other 'designer' chemicals and drugs out there, where substances considered illegal are manipulated to become chemically converted into something different," says Moghaddam. "In this scenario we're looking at chemical ingredients or products derived from hemp, and people in the industry marketing these products would argue that even Delta-9 THC can be derived from hemp, therefore [making it] legal, but they have not done that yet."

But anti-cannabis states aren't the only ones against this questionable THC isomer: Even marijuana-friendly states like Vermont are trying to ban Delta-8. Why would THC-friendly states want to ban a variant of the psychoactive? According to Dr. Smith, a lot of it has to do with the lack of regulation around Delta-8, which could lead to health and safety issues.

"One of the things I want to caution about the use of Delta-8 is that it's not regulated. So when you go to a medical or legal recreational marijuana dispensary, there are state regulations and there are also states that offer a certificate of analysis to verify the purity," he says. "Some states have good regulations—they're not perfect, but still pretty good. Most states have adopted the same type of regulation based off of Colorado's or California's. So when that's the case, you're looking at a more pure product."

Dr. Smith also notes that due to the extraction process of Delta-8, a variety of chemicals can be infused with the resulting product. But one of the biggest issues that Dr. Smith notes is the actual purity of hemp plants.

"Hemp is a plant that we call a dirty plant because it could absorb a lot of heavy metals and debris from the soil. It's sort of a nasty plant because it sucks up a lot of stuff," he says. "So you can get a lot of chemicals, anti-nutrients, and a lot of different things that may be within the hemp plant itself, and that may create a different product."

Should You Use Delta-8?

Yet again, the stance on that is complicated. Moghaddam says that due to its current legality in most states, it's a good alternative for fellow cannabis connoisseurs who live in states where Delta-9 THC is illegal.

"From a scientific standpoint, it's too early to say if Delta-8 is better than Delta-9, it's really hard to have good science on that," he says. "But from just more of a general perspective, Delta-8 can be ordered and shipped to your house, so that's a lot easier than having to go into a store. But if there is THC or cannabis availability, I probably would trust buying it from that channel over just something online. Considering regulations and testing, typically I would lean towards a Delta-9 THC product in a regulated market where that's available over Delta-8, but as far as 'Is Delta-8 maybe better in some ways versus Delta-9?' It's possible. It's just the science isn't there yet."

However, Dr. Smith is more reluctant on Delta-8 and says he wouldn't recommend it to any of his patients for a variety of reasons including cost, lack of regulation, and lack of information behind this new cannabis variant. Also, one of the most important factors Dr. Smith notes is that it's still technically THC and will show up in a drug test.

"In terms of people living in states where there's no access to recreational or medical marijuana, I still don't think it's a benefit to skate around that with Delta-8," he says. "I think it'd be better off for them to really push advocacy for their states, to promote the medical marijuana program, and vote for a medical marijuana program in their state to see the benefits of that patient. Then we should move through the isolate market. You should advocate until we start to see more movement from the federal government to legalize cannabis in the United States."

Bloating 101: What to Know & How to Help Banish It
Are Mushrooms Missing from Your Wellness Routine?
Everyone's Talking about Magnesium—Here's What It Actually Does