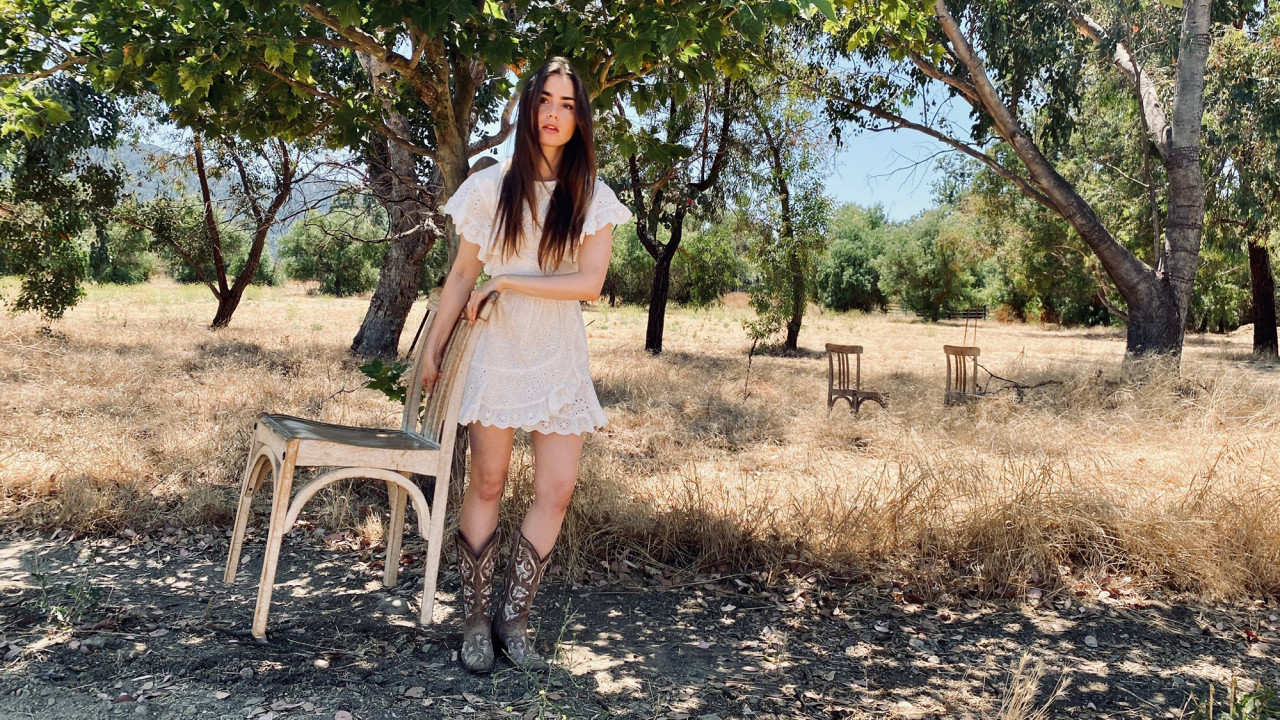 Lily Collins on Fashion’s Role in Her Career

Not to mention the dream of working with Patricia Field on Emily in Paris.

Patricia Field is known for her amazing costumes in fashion-favorite films, from Sex and the City to The Devil Wears Prada to Confessions of a Shopaholic, each of which take a person on a fantasy-inducing sartorial safari through unexpected pattern combinations and ostentatious yet modern silhouettes. So when Lily Collins got the offer to work with not only Field but also Darren Star, creator of Sex and the City and Younger, she was immediately hooked on what she calls “a golden nugget.”

Their new show, Emily in Paris, available on Netflix as of October 2nd, is by no means the beginning of Collins’ fashion journey. The young actress has worked in films like Mirror, Mirror with corseted gowns and The Mortal Instruments with edgy, leather-filled looks. On the other side of the camera, she has the privilege of experimenting with the best that fashion has to offer on the red carpet and more.

As those have been put on hold for the time being, Collins has swapped gowns for sweats. So she couldn’t resist the opportunity for a little socially distanced shoot. Along with her costar Ashley Park, who plays Emily’s best friend Mindy, the two staged an impromptu shoot with the clothes they had on hand at their director’s ranch in Northern California (COVID tests were administered beforehand, of course). “It was really special also, because we were like, ‘Wait, this is so “Emily and Mindy” of us to do,’” says Collins. “Little did we know that a year after we met, from Paris to a ranch, we’d be having some crazy Emily in Paris experience together documented in photos.” 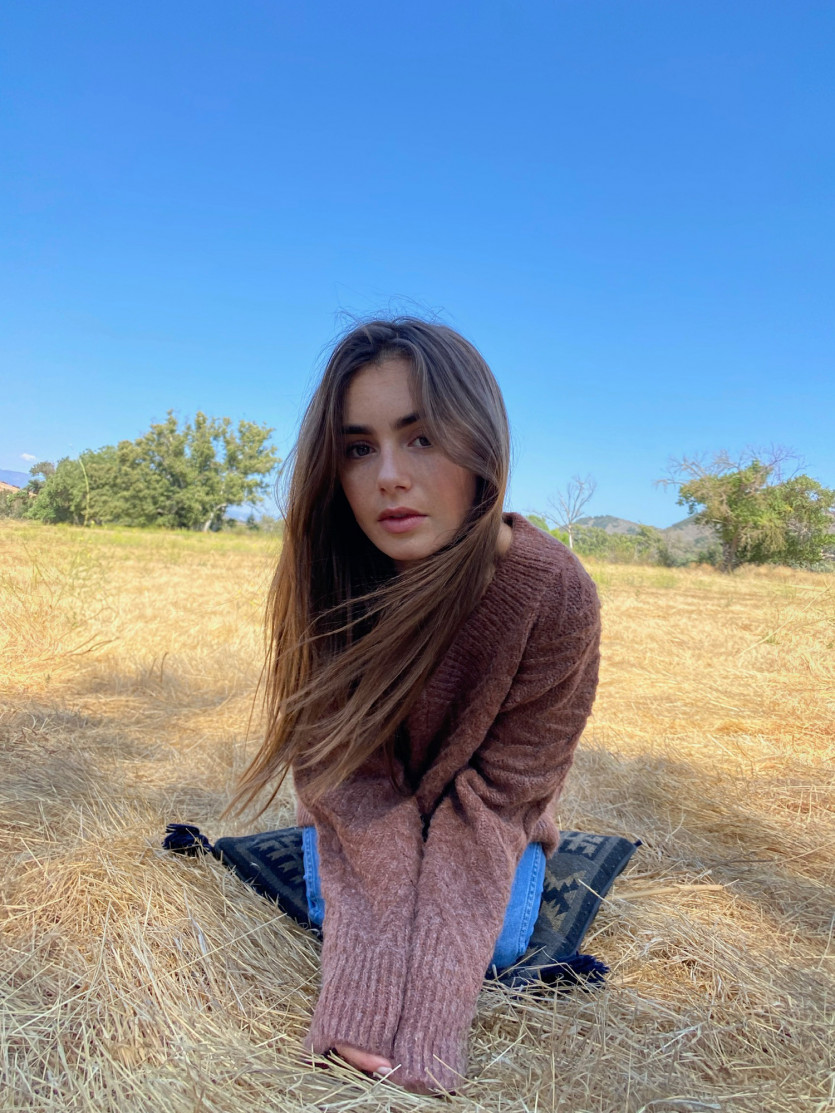 Have you always loved fashion, or has it been something you’ve had to embrace since you’ve started acting?

“I’ve been a fashion lover since I could put clothes on. My mom tells me stories about how I would have such a specific point of view on what I wanted to wear. I would go vintage shopping with her. I loved color and patterns. My style has definitely evolved over the years, but fashion has always been something constant. For me, fashion designers are artists, and sometimes I get so overwhelmed meeting them, more so than other actors. It’s such a fascinating craft, and their mind works in ways that I deeply admire. I feel very fortunate that my job allows me to experiment with fashion in different ways, but it’s definitely something that I always wanted to tap into.”

“I’ve been a fashion lover since I could put clothes on.” 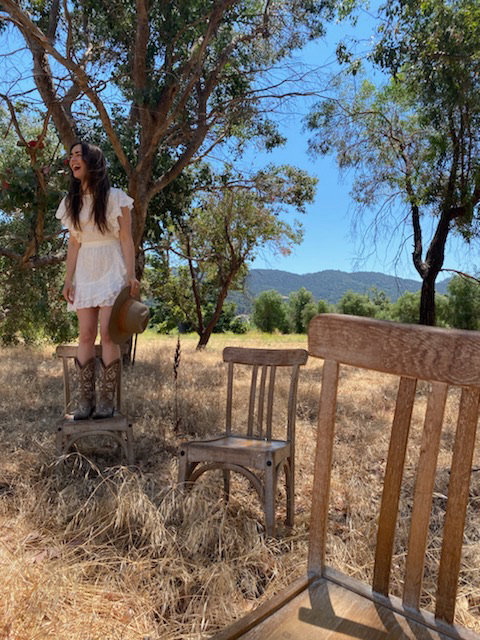 How does being in the spotlight affect your personal style?

“I think every character that I play informs me of new fashion personalities, if you will. When I did Mortal Instruments, and it was more gothic and dark—there was a lot of black and leather and stuff like that—I started incorporating more of a darker ‘rock and roll’ feel. Then when I did Mirror, Mirror, it was obviously more princess-y and more feminine and regal. And then Emily. Oh my god, working with Patricia Field, it was like patterns and colors and textures and designers and just all of those things all at once, and it was never too much for Emily. I get to express myself in different ways through my characters and through fashion.”

It’s such a cool thing that acting and fashion share that ability to create a character:

“For me, the relationship with the costume designer and creative designer of any TV show, movie, or any project that I do is so important because you’re creating the essence of the character. It’s what you feel like every day when you step into those clothes that helps inform how you’re going to move and breathe and live as that person. Every single outfit that you wear really dictates how you feel that day. Like in real life, if you’re wearing comfortable sweatpants versus a very fitted dress to go out, you carry yourself differently. The way that you dress really affects your mood and it affects the way that you create a character.”

“I think every character that I play informs me of new fashion personalities, if you will.” 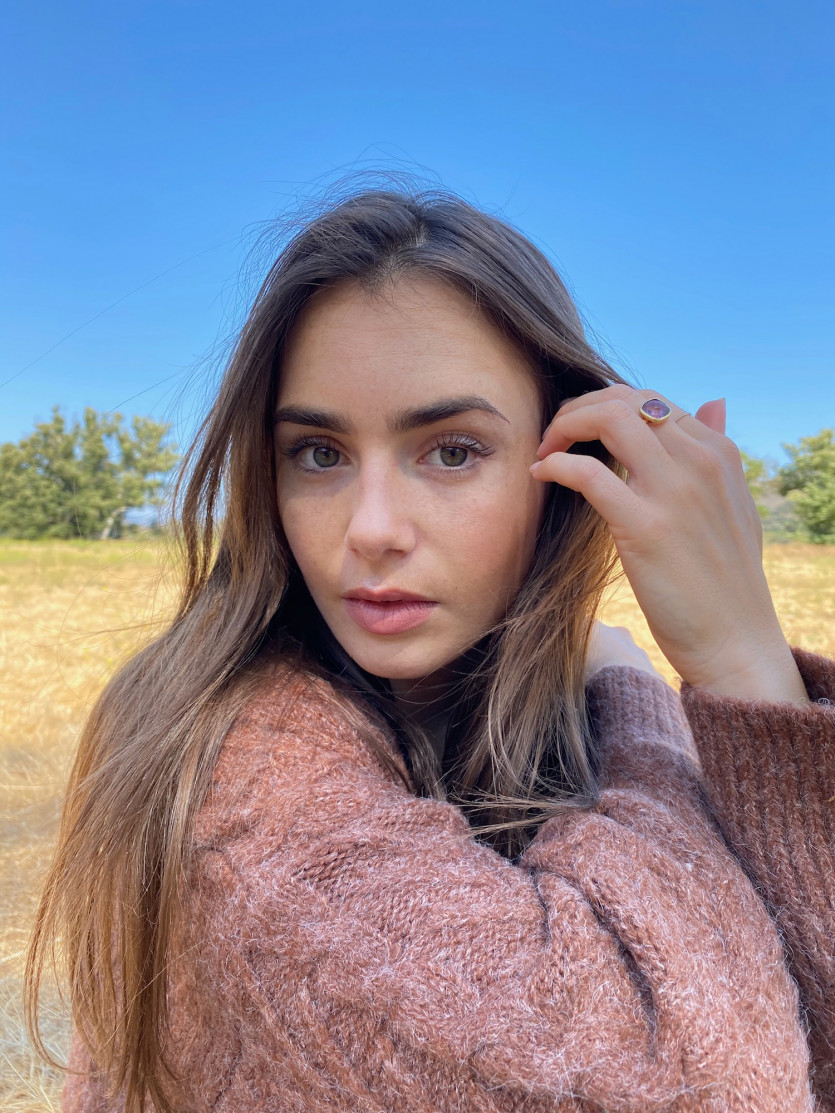 On creating her character Emily through costume:

“Emily is bright and bubbly and unafraid to take risks. That translates directly into her fashion. I didn’t want her to be a character that has some kind of transformation in order to be accepted, to have that scene where she goes in the dressing room looking one way and comes out Parisian. We wanted it to be that she’s very much herself in all ways throughout the season, she just starts to pick up a little bit of Parisian fashion sense here and there. I think she, like myself, grew up loving Carrie Bradshaw, she loves French Vogue, she loves all these magazines that allow her to soak in the culture. And what would she wear when she goes to Paris? She’s going to wear the Eiffel Tower on her shirt. That’s who she is. Then she’ll do something like throw a beret on, but it’s always in that Emily way. It’s never understated, but that’s what you love about her, or at least that’s what I love about her.”

“Every single outfit that you wear really dictates how you feel that day.” 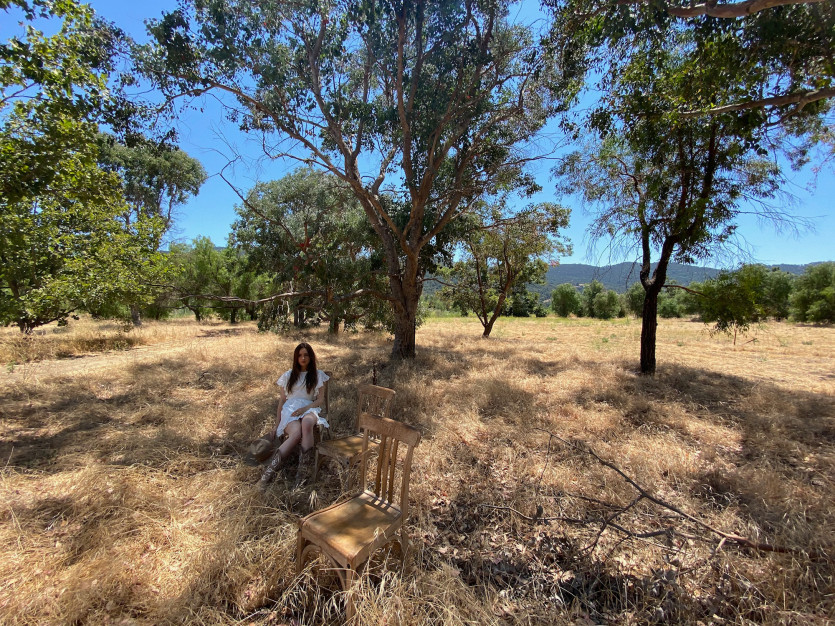 You said you grew up watching Carrie Bradshaw. Was it so exciting for you to work on a Darren Star show and work with Patricia Field?

“Oh my god, I was over the moon. It was already so cool knowing it was a Darren Star project; if you add Patricia Field to it, I was like, ‘This is a golden nugget.’ I so admire her and all her work throughout the years and just her eye. She’s so specific and so unafraid. That obviously so deeply translates to Emily as a character, that idea of embracing different colors and patterns and textures. It’s like, ‘How do you express yourself through fashion in a way that says everything you want to say and you stay true to who you are?’ That’s Patricia. She was so adamant about being so collaborative with me right off the bat. She really wanted this to be a mutual experience. And Marylin Fitoussi, the French designer who came on board with Patricia, was also just so incredible. Her eye mixed with Patricia’s just created such an amazing character that we all could just every day giggle at and go, ‘Oh my god, how fun is this?’”

I know you’ve been very open about your relationship with self-image, and I was wondering if fashion has played a role in all that for you?

“One’s relationship with their body is so personal. I’m really somebody who embraces feeling at peace with myself and that mind-body-soul connection of learning and educating myself on how to be more comfortable in my own skin. My stylist Rob and Mariel have had a really big impact on me in terms of pushing me outside my comfort zone of what I thought I’d feel good in. They allow me to feel unafraid to wear different silhouettes that I maybe didn’t think would suit me before. Understanding one’s body through clothes is a really interesting experience. It’s all in the tailoring, and they’ve taught me so much about that.” 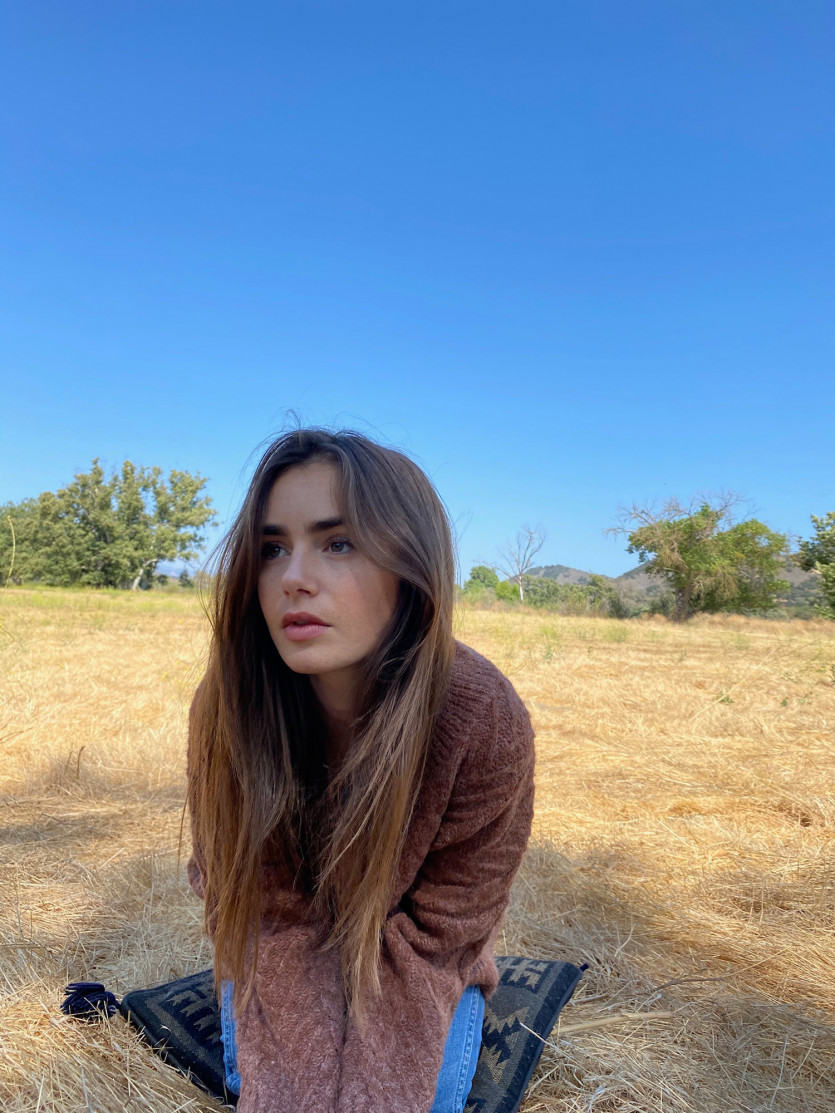 “One’s relationship with their body is so personal. I’m really somebody who embraces feeling at peace with myself and that mind-body-soul connection of learning and educating myself on how to be more comfortable in my own skin.”

“Sometimes there is something that’s super in style at the moment [that] just doesn’t work for me. And I’m kind of like, ‘OK great, I can appreciate it on her, but it doesn’t work for me,’ instead of wearing it just to wear it and then feeling awful in it. What’s the point of that? Literally what’s the point? I can appreciate it in a magazine. I can appreciate it on a friend or on a model. I think it’s just realizing that not everything’s going to work on your body type and to embrace what works on you. Obviously, when you’re younger, everyone wants to wear the same trends. The older you get, you’re just like, ‘Cool, if it doesn’t work on me, there’s 10 million other fashion things that I can wear that will look good.’”

What have been your favorite red carpet looks so far?

“This year for obvious reasons the Met Ball didn’t happen, but I always love that experience. The Met Ball is always a moment where I get to play and have fun and lean on my hair, makeup, and stylists to create a character. Every year is different. It’s an opportunity to play. In those situations, I don’t want to just look the same. I don’t want to just look like myself. I want to allow them to create a character and do what it is that they do best. That’s what I rely on them for and what I respect them for. Then we can come together and have fun.”

14 Friends of Coveteur on What They’re Splurging On During Quarantine
Madelaine Petsch on Learning and Living a Sustainably Quarantined Life
Alison Brie on Her New Thriller The Rental, Adapting to Quarantine, and Taking Charge of Her Own Career