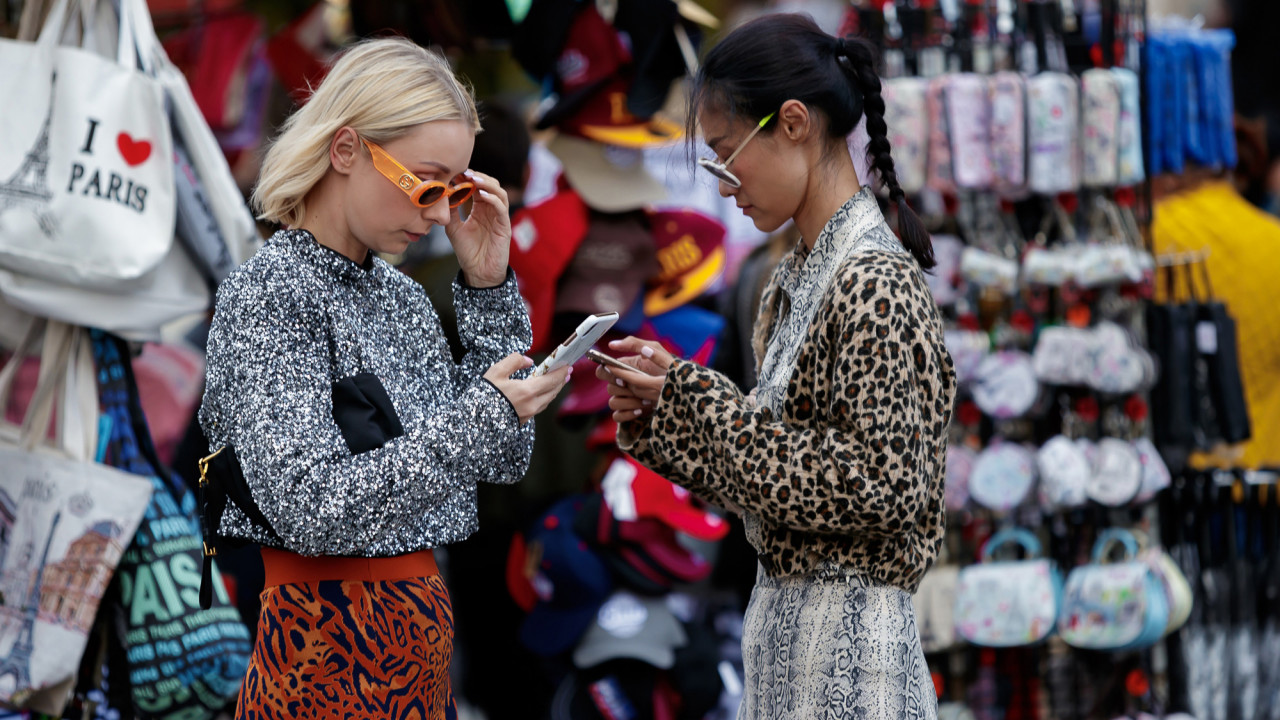 How All This Extra Blue Light Is Damaging Our Skin

We already know all this screentime is hard on our circadian rhythms—and our eyes—but what’s it doing to our poor skin? After spending 67 hours in front of a screen in one day, we reached out to our dermatologist friends to ask: Um, is our skin OK? Their answers are alarming.

What Happens to Our Skin When We Look at Screens 24/7?

“Blue light, also known as HEV (high-energy visible) light, with the shortest wavelengths, penetrates deep into our skin and is considered a significant cause of premature aging, hyperpigmentation, and age spots,” says licensed aesthetician Samantha Proano, a beauty expert at Babor. “Free radicals and inflammation can be triggered with concentrated exposure to HEV blue light, which cause your skin to lose its youthful appearance and wreak havoc on your skin’s ability to repair itself. This ultimately will contribute to the appearance of fine lines, wrinkles, and loss of skin firmness.”

We’re still learning about exactly what blue light does to our skin, however. “The effects of blue light emitted from the computer are still controversial,” says double-board-certified plastic surgeon Dr. Melissa Doft. “But research has shown that the blue light leads to the formation of free radicals, which decrease your stores of elastin and collagen, leading to fine lines and wrinkles.” She also cites eventual inflammation and hyperpigmentation as a result of blue light exposure.

“All of us are born with a clock, better known as our circadian rhythm,” says aesthetician and dermatological nurse Natalie Aguilar of N4 Skincare. “This is an internal 24-hour clock that runs in the back of our brain and balances our sleep and wake patterns.”

But these days our circadian rhythms can be disrupted by any number of elements. “When it’s dark at night, our eyes send a signal to our brain, which in turn sends a signal to our body to create melatonin, which makes us sleepy,” she says. “Any light, including blue light, which is emitted from cell phones, computer screens, or the sun, disrupts our sleep pattern and the skin/mind rejuvenation process.”

So—what do we do? “Blue-light products, whether blue-light-blocking glasses or skin care, have become a popular market, especially for those of us who work past midnight,” Aguilar points out. “The theory is if we block the effects of blue light from disrupting our clock, we can continue to rejuvenate our mind, body, and skin even if we aren’t physically asleep. Though none of these theories are proven, it is [demonstrated] that those who work graveyard shifts or stay out late every night look older than their peers.”

Aguilar acknowledges that sunscreens and some skin-care products can protect your skin from the effects of the sun and screens, but “the best way to combat any ill effects of blue light would be to keep your circadian rhythm on schedule,” she says. “This means try waking up around the same time and try to have a disciplined bedtime.” Easier said than done, but this is a great suggestion. 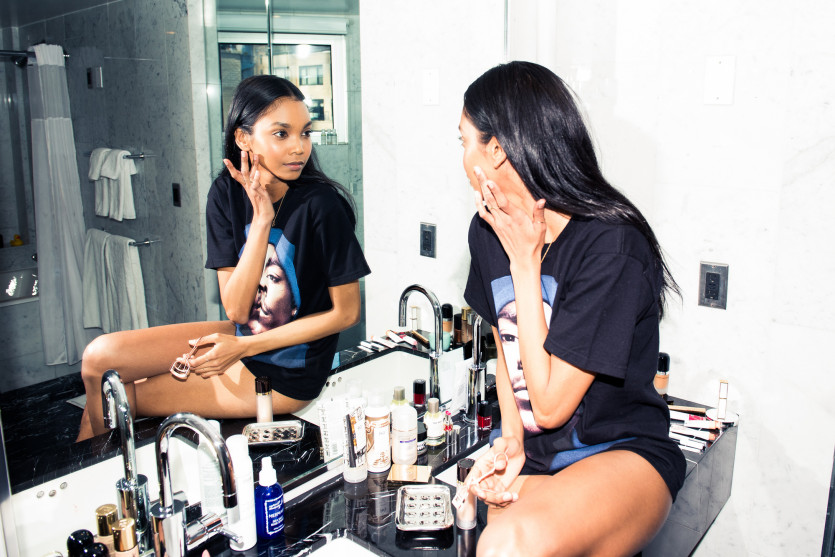 “I believe that blue light is affecting our skin. I think of it as sort of a direct and constant exposure to a portion of what makes up sunlight,” says Dr. Morgan Rabach of LM Medical NYC, pointing to data from this article, which supports the idea that blue light affects the skin cells, which leads to skin damage.

“Recent studies aimed at investigating the effect of exposure to light emitted from electronic devices on human skin cells shows that even short exposures can increase the generation of reactive oxygen species,” Rabach says. “Reactive oxygen species are markers of stress that cause damage in skin cells, and these changes will lead to visible changes in the skin over time.”

This type of stress is especially hard on the delicate skin of our faces. “Skin is a major target of oxidative stress, and the link between aging and oxidative stress is well documented,” Rabach says. This can lead to “skin aging,” including “increased wrinkles and laxity in the skin.”

So how bad is it? Blue light “is definitely doing significant damage,” she says. “How much is hard to say, because we’re all now the new generation of skin that will see more screen time than any other.” But she thinks millennials’ skin will “age faster than previous generations.” Boo.

Antioxidants: The Antidote to Blue Light

Before you dash to your bathroom cabinet to see what antioxidants your serums and other skin potions contain, Rouleau gave us a list of the best ones for combating blue light. These include white, green, and black tea, pomegranate, goji and noni fruits, coffeeberry, astaxanthin, mangosteen, glutathione, elderberry, vitamins A, B3, C, and E, cranberry seed oil, grape seed, superoxide dismutase, resveratrol, coenzyme Q10, raspberry seed oil, rosehip, and sea buckthorn.

“It’s important to understand the complexity of our skin cells’ antioxidant protection needs,” Rouleau says. Just one antioxidant probably won’t cut it. “A variety of antioxidants are needed in your skin-care products—these should complement each other’s actions to ensure that as many free-radical families as possible are neutralized,” she says. “Antioxidants should be used both morning and night.”

Pretty much everyone we spoke with is on board with using antioxidants to combat the effects of blue light, with vitamin C as the clear crowd favorite. Dr. Eddie Omar of Phyto-C agrees that antioxidants are the answer and doesn’t mince his words: “Increased blue-light exposure can cause photoaging [and] inflammation, and increase pigmentation,” he says.

“To combat increased free-radical production, apply strong antioxidant serums” that include vitamins C and E, he suggests. These serums “can not only help protect your skin, but can also improve the [look] of the skin by reducing the appearance of fine lines, wrinkles, and dark spots.” Win-win.

Doft agrees. “Using a serum packed with antioxidants is a great way to reduce the number of free radicals formed,” she says. “Look for vitamin C, licochalcone A, or glycyrrhetinic acid in your formulas. Mineral sunscreens are also very beneficial to physically block the blue light—my current favorite is by Isdin.”

“Antioxidants are the best way to combat oxidative damage,” especially products with vitamin C, says Rabach. “I personally like SkinCeuticals C E Ferulic. I also like SkinMedica Total Defense + Repair, which is a ‘superscreen,’ meaning it’s a sunscreen mixed with antioxidants. Another good antioxidant serum with blue-light protection is Skinbetter Science Alto Defense Serum. SkinMedica also makes Lumivive, which is a system for the morning and night to combat blue light specifically.” 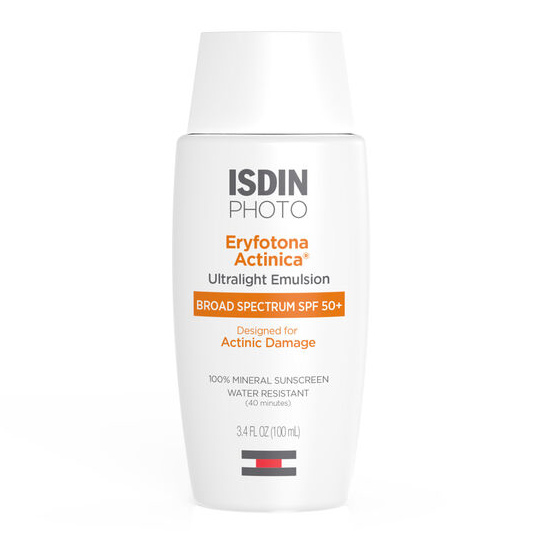 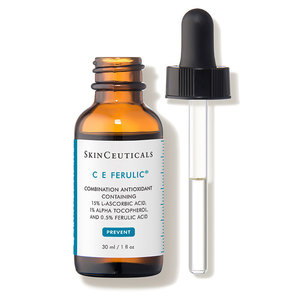 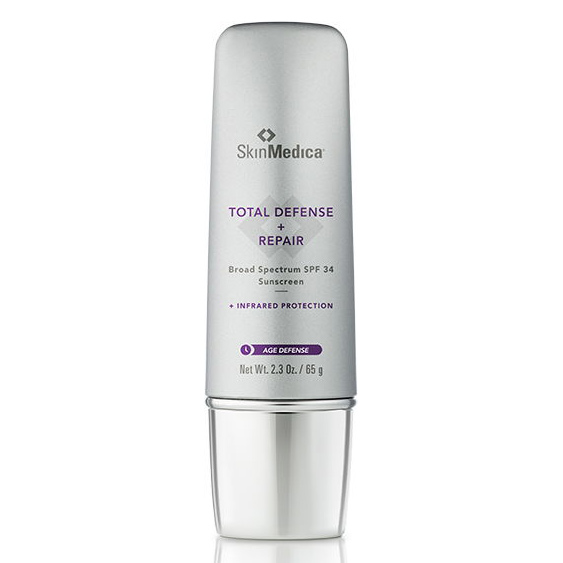 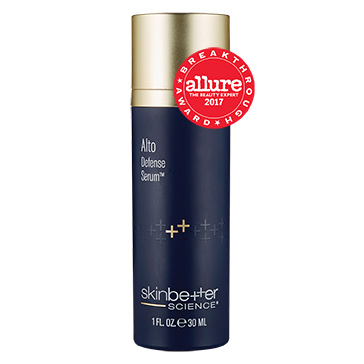 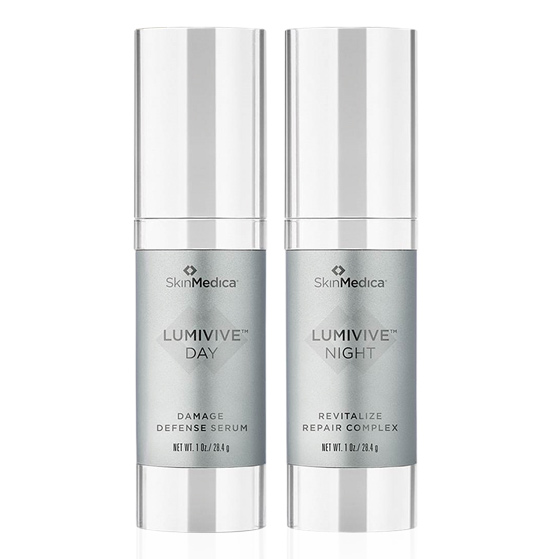 The Scariest Blue Light Doesn’t Come from Our Phones

“The blue light we should be worried about is the blue light from the sun, which, aside from UVA and UVB, causes premature aging,” says skin-care expert and pharmacist Margo Marrone of the Organic Pharmacy. She says the light from phones and screens is negligible, though that changes when we hold our phones close to the skin, which can cause “inflammation, redness, swelling, and hyperpigmentation.”

Whether you’re concerned about the blue light from the sun, from your devices, or from a combination of everything together, Marrone suggests a mineral-based sunscreen—and she agrees with the whole antioxidants-are-key thing, as they can help reduce inflammation.

Like most of the skin-care experts we spoke with, Marrone is a vitamin C acolyte. “Anything with vitamin C is great—both internal as a supplement and external as a serum helps reduce inflammation and hyperpigmentation,” she says. In addition to a vitamin C–based serum, Marrone suggests taking 1,000 mg of C in the morning and again at night.

More About Blue Light and Hyperpigmentation

Hyperpigmentation can be a side effect of blue light, says Tyler Gaul, founder of Protocol. Blue light “has been found to cause hyperpigmentation that is longer-lasting than hyperpigmentation caused by UVA light,” he says. “This phenomenon seems almost exclusively to affect individuals who have darker skin tones to begin with.”

But your laptop isn’t necessarily the issue. “The big myth regarding blue light is that electronic devices are the main source of it,” he says. “Direct sunlight produces 6.3 milliwatts per cm² of blue light, while computers and smartphones produce around 30 microwatts per cm².” Well, yes, that is…a big difference. So if you’re spending a lot more time indoors, staring at screens, in some ways you might be doing your skin a favor.

“If you’ve reduced your sun exposure and massively increased your device exposure, you’re probably netting out with less overall blue light exposure,” Gaul says. “The sun is the real culprit to worry about for blue-light hyperpigmentation.”

Though many point to sunscreen as the way to go, Gaul says that might not be the case. “Studies are still new, but it appears that zinc oxide has a minimal effect on blocking blue light, and chemical sunscreens have almost no effect,” he says. “Normal glass also does very little. It does look like iron oxide could create a barrier against it.”

Gaul yet again echoes the positive effects of vitamin C (in ascorbic acid form, he notes), among other “standard heroes in combating hyperpigmentation,” including “a good retinoid (I recommend the oxidate form, ‘retinal’), niacinamide, and prescription hydroquinone, which can very effectively reverse the negative effects of blue-light exposure.”

Above all, Gaul suggests having a chat with your PCP or derm about hyperpigmentation concerns, which is wise for treating any skin issue, blue-light damage or otherwise. After all, everyone’s skin is different, and what works well for one person might cause irritation in another.

In any event, it seems the general consensus is that blue light isn’t ideal, antioxidants probably help, vitamin C is a miracle worker, and the sun is still worse for you than any of your devices. Anyone else off to slather on some C and sunscreen before they continue on with their day?

Inside Next-Gen Doctor’s Offices
PSA: Your Favorite Sunscreen Might Not Be Safe
Shrankhla Holecek on How to Practice Ayurveda at Home