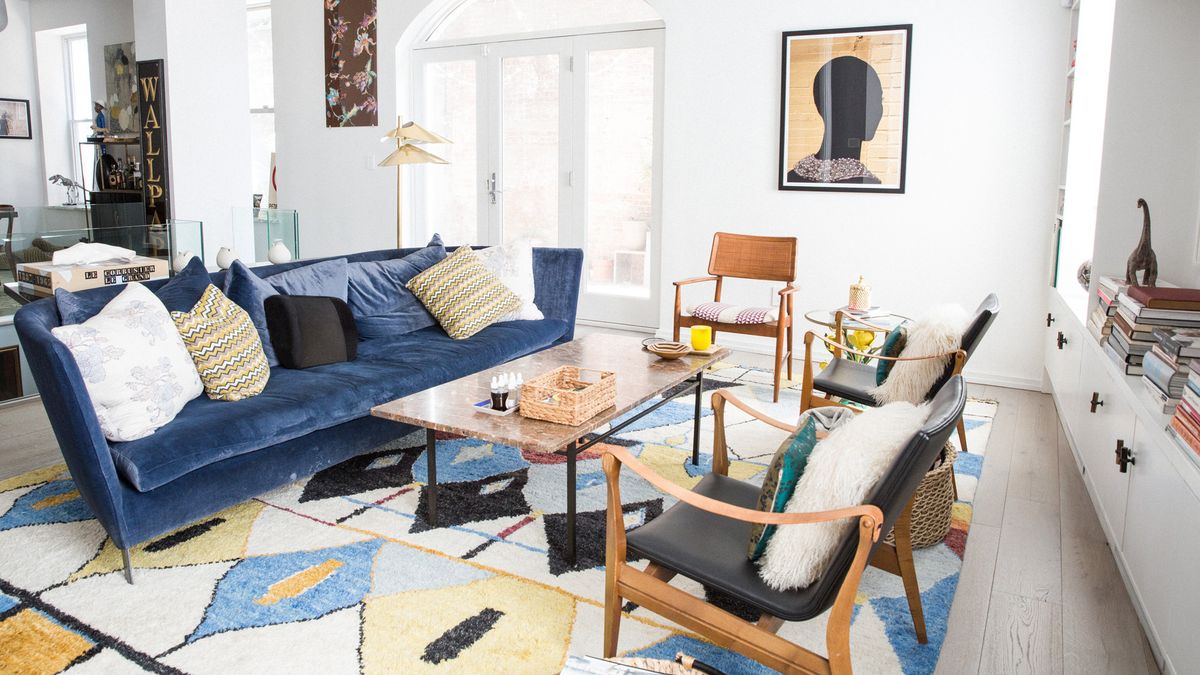 Leah Faye Cooper
Alec Kugler
We first visited fashion industry veteran Stacy London in 2012—back when Coveteur was merely a year old and London was still hosting the early-aughts hit What Not to Wear—and have since continued to admire her work and follow her every project. She hosted another show on TLC (we watched it), she wrote candid essays about the not-so-glamorous aspects of her life (we read them), and when she she outgrew the shiny lacquered finishes and chrome accents that once furbished her Brooklyn duplex, she renovated and redecorated it. Naturally, we invited ourselves over to see.

“I used to be into Hollywood Regency,” London says of her former taste in decor. “It was a lot of stripes and chrome, lots of mirrored stuff, and everything painted with a high-gloss finish. But when it comes to the way I want my world to look, both my interior life and my exterior life, that changes. It changes as you age, it changes as you switch jobs, it changes as you get pets or get married or have kids. All of those things impact the way you feel about the space and the way you move through it.”

“I don’t trust anybody who doesn’t have tchotchkes,” London says. “I understand Marie Kondo, but if you’re that minimal, I don’t trust you.”

Click through for more on London’s home and design philosophy.