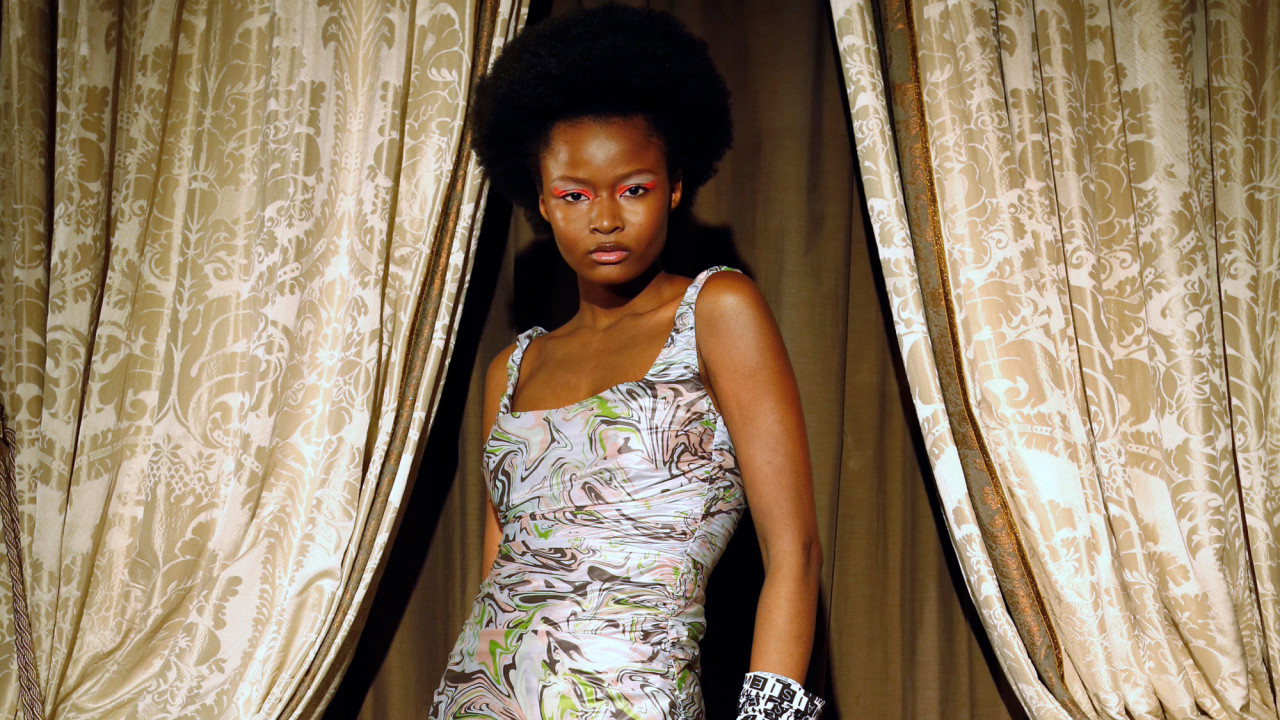 Get familiar with Maisie Wilen.

Maisie Schloss had been working at Yeezy for three years when Kanye West came to her with the opportunity of a lifetime: He wanted to back her clothing line, making her the first recipient of his fashion incubator grant. “His approaching me for the partnership was a complete surprise,” Schloss tells us. And while she didn’t have a concrete business plan, the Chicago-born, L.A.-based designer had a general idea of the direction she was going to take. “My aesthetic and interest in making [the] type of clothing I do has been consistent for a long time.” With her new financial backing, and seven months spent laying the groundwork, Schloss launched Maisie Wilen last June. (Maisie being her first name and Wilen her mother’s maiden name.) Last week the designer showed her second collection at Paris Fashion Week.

Since launching, Maisie Wilen pieces have been spotted on everyone from Jorja Smith and Megan Rapinoe to Bella Hadid and Joan Smalls. “Maisie Wilen comes from my desire to make clothes that are special and exciting but also very wearable,” Schloss says, adding that her pre-fall collection shown is “a study of prints’ effect on clothing and on the body—how they can create dimensionality or illusion.” Only a few black garments have made it into her collections, with the majority of Schloss’ pieces being made in bright, eye-catching colors. Click through for a look.

Is Plasiq the Next Hype Piece of Home Decor?
Nué Makes “Jewelry Clothes” One Sparkly Bralette at a Time
The Jewelry Brand Celebrities Are Flocking To for Custom Pieces