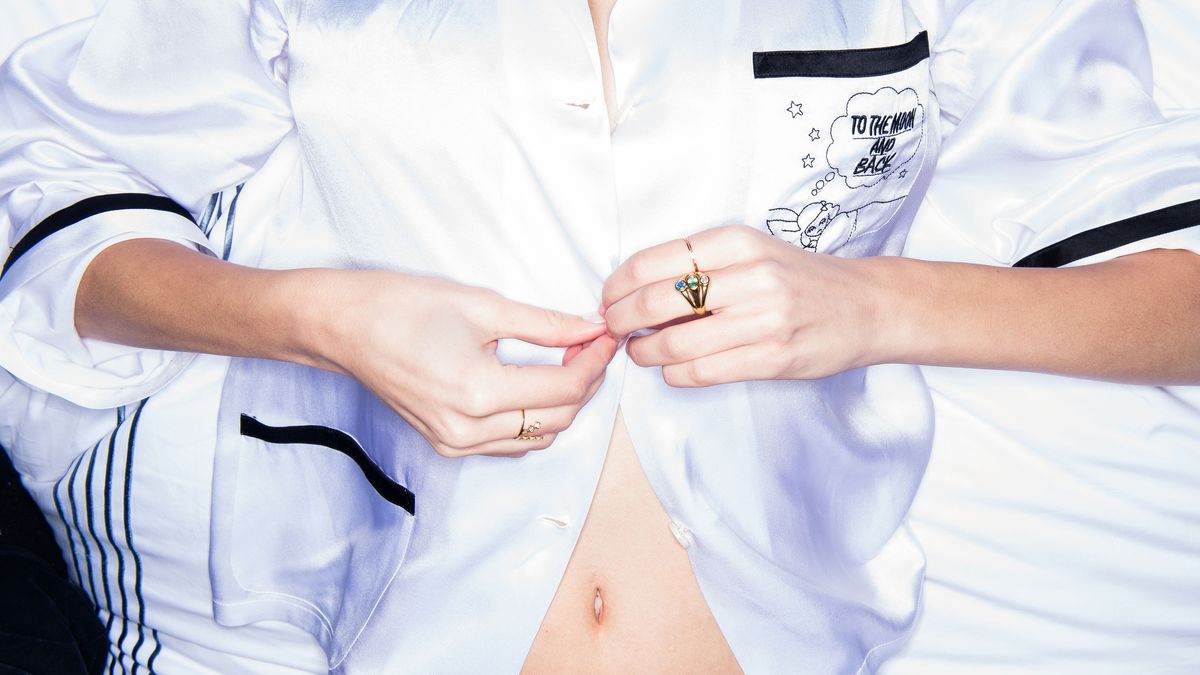 The Hottest Places to Have Sex Based on Your Sign

Whether you’re a dedicated daily horoscope reader or an occasional astrology peruser, you’re here! Which means you really want to know how to make your sex life extra *spicy*. And everyone wants that! Astrologer and relationship expert Alison Lessard is here to broaden your horizons with the ultimate scenarios for you to get it on according to your zodiac sign. Enjoy.

“An Aries woman typically knows a man’s energy better than he does, so sex for them is carnal, requiring no wooing or coaxing. And Aries men are ruled by the masculine energy itself—the fiery planet Mars. If Aries is in the mood, you could literally catch them doing it pressed up behind the beach cabana in broad daylight. When the mood strikes, Aries hits it.”

“Any bull knows they like to plan their sexual encounters, so it’s probably not going to be too spontaneous, because a Taurus literally needs to pull out all stops to make it sensual, luxe, and…lengthy. You better figure in at least an hour of foreplay, and that’s after the food and drinks. A Taurus will bring you to a sexy seaside resort, wine and dine you, bathe you in bubbles, and then drag you under the duvet. If it ain’t five-star and impressive, they’re not interested.”

“Since this is the zodiac sign of the Messenger, you better believe they’ll be texting you with all the details and probably muttering all sorts of somethings through the sex, too. Gemini is an air sign, so for summer mojo, go al fresco, like private poolside, as long as nobody else is around and you can chat the night away in between getting it on. Most Geminis have a really short attention span, so multitasking is a must. Plan for stargazing and midnight talks afterwards.”

“Moon children and sensitive by nature, Cancers can’t escape the emotional tidal ebbs and flows. For summer or vacation sex, do it by the water under a full moon. But bring an extra-large blanket, because Cancer can be picky, and there’s nothing less sexy than sand in your intimate areas. Expect lots of caressing (breasts are the body part associated with the crab…just saying!), and bring snacks for an added bonus, since Cancer also rules the stomach/digestive system.”

“The zodiac sign of the Sun itself, nothing really burns brighter or epitomizes summertime than a Leo at their sexiest. Expect a nice tan, great hair, white teeth, and a six-pack. A true Leo can’t let themselves go, because, vanity. Summer spots for Leos to have sex include anywhere bright—a hotel room with all the shades open in the morning, in the bathroom on the counter under the vanity lights—wherever their latest rigorous gym/nutrition regime can be displayed in full glory.”

“An earth sign, ruling the 6th house of health and wellness, and typically pretty particular when it comes to the where/how/when of sex. The Virgo will also want to take control of the situation and might be into prolonging the lovemaking (they like routine). Summer sex could be after a green smoothie, yoga, and in the dry sauna. Double whammy, since they tend to be self-critical—dim lighting is a plus here—and also into taking care of themselves healthwise—unless they’re too busy serving everyone else first (aka classic martyrdom/critical-personality syndrome). At best, they will want to please. At their worst, be prepared for potential whining and/or critique during or after sexing.”

“This zodiac sign tends to embody beauty and etheric power. Ruled by the planet of love, Venus, true Libras tend to love the creative arts. A great summer spot for sex would be some chic boutique hotel after some music/an exhibition/a dance show. Expect plenty of hand-holding, since Libras instinctually want to bond and need intellectual stimulation. Dress well and groom everywhere, because Libras aren’t into sloppy anything.”

“The zodiac sign of sex, rebirth, and transformation, Scorpios go deep no matter what they’re doing. Since the scorpion is also the energetic alchemist in astrology, kundalini practices and tantric sex can be literally out of this world in terms of fun and healing. Plan for an astral sex date (Scorpios tend to be super psychic) prior to your actual physical encounter. Since it’s summer sex, you are definitely going at it completely unfiltered, so you better be in a place where it doesn’t matter how wild you get so your neighbors don’t call the cops. Try the cushy basement or in the car at night after a few cocktails. If it’s dark, Scorpio is into it.”

“Since Sag tend to be pretty adventurous, athletic, and energetic, you can probably assume sex after working out is a very high possibility—while all those hot, good-mood endorphins are still flowing. Try a nice hike outdoors or a sweaty bike ride, and then toss all your clothes on the back porch and do it in the outdoor shower. The Centaurs are going to want to be wild and free, so a place where you can move around without restraint is also a must.”

“Cappy men and women have tenacity, endurance, and a down-to-earth quality that lasts in bed. They also tend to live for the material world, so expect your sex to be rich and possibly surrounded by designer linens, furniture, or the clothes they’re stripping off. A great summer spot for Caps to have sex would be on a pricey vacation and somewhere impressive, like on a private yacht. If it’s gonna show up all their friends, they’ll be doing it. Get the expensive bubbly ready.”

“Aquarians tend to be a bit off-beat and in their own world most of the time, so it’s not like you need to work extra hard to impress them. They like something quirky and different that suits their innovative, mentally focused personality. The god Uranus, namesake of Aquarius’ ruling planet, is the sky god, so summer sex would be hot at dusk during a heat-lightning storm. Outdoors might make them cringe, so inside is probably your best bet. Supply some magical tunes from some indie band and tell a few weird, inside jokes, and the Aquarius is yours for life.”

“Forever romantic and often slightly delusional, a Piscean is going to love some poetic sex under the summer night-sky constellations. If you know some mythology or mystical information and/or were an English major who practices transcendental meditation and connects with the other realms, a Pisces will melt in your mouth. Bring your guitar and play them a song, or pamper them with emotional (and psychic) attention to turn them on. Although, regardless of what you do, they’re going to idealize you anyway through their rose-colored, heart-shaped glasses. Fairy-tale love goes straight to a Pisces’ heart and nether regions.”