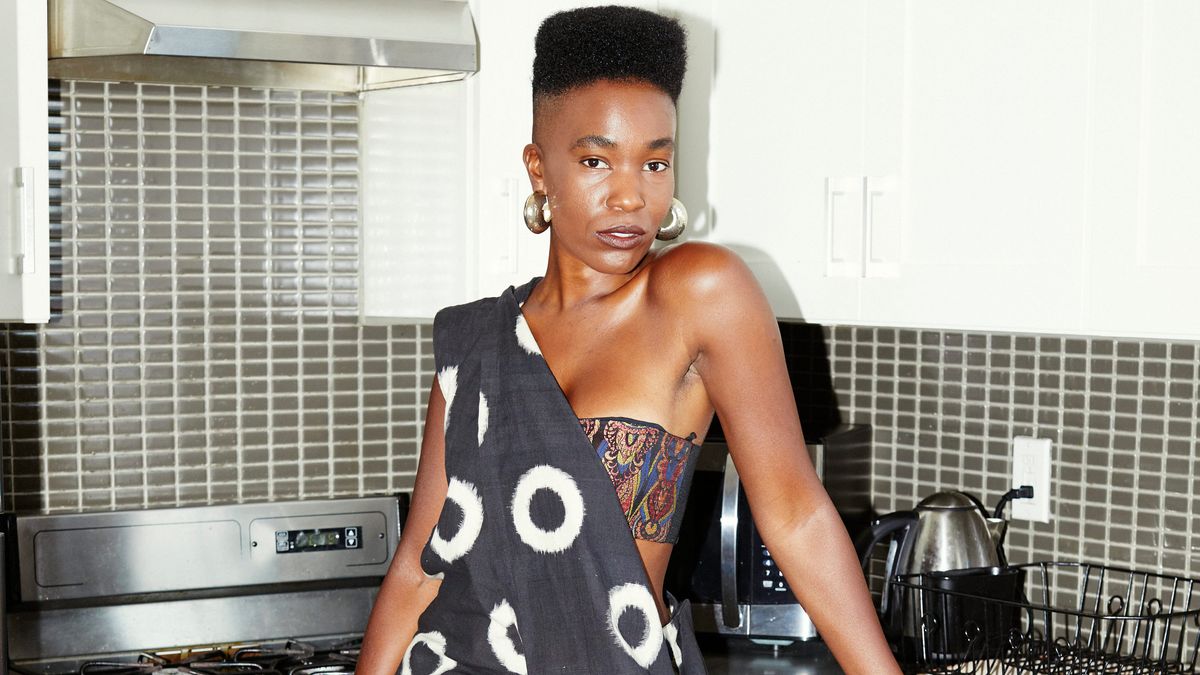 3 Unexpected Ways to Make Your Wardrobe Stand Out

For when you don’t want to look like everyone else.

In fashion, it’s becoming harder and harder to be original. With social media, it’s easy to see something you like while scrolling on Instagram, go on Google to search for the designer, and hop on a site like Net-A-Porter or MatchesFashion to add it to your digital shopping cart. When you don’t know what to wear, there are millions of #streetstyle photos to “like” and thousands of street style slides to click through. The access to everything is amazing, but it’s also to blame for why everyone can easily end up looking the same.

Erykah Achebe, however, has one of those unexpected style accounts with a feed full of outfits you’ve never seen before. While everyone is throwing themselves at search engines and apps for outfit inspiration, Erykah instead recalls memories from her home in Texas and Nigeria or her recent trips to Cuba and London. She spends hours at vintage shops, collecting an impressive collection of rare designer finds and quirky one-off items.

Instead of buying the same It-items you’ve likely seen literally all over the previously mentioned slideshows, Erykah opts for designer pieces that have been overlooked. It’s how she ended up with platform Prada heels, a miniature pink shearling Fendi bag, and a vintage Dries coat—because she had never seen anyone with them before. Since it’s fashion month, we’re deciding to take a slight break from runway trend reports in favor of Erykah’s 3 rules for inimitable style which, ironically, are bound to get you photographed.

Don’t shy away from texture.

Feathers and fluff are a little intimidating to pull off. The most common approach is to pair down a textured statement top, like that popular pink feathered Prada one, with jeans and sneakers. But Erykah’s approach is more maximalist and all about pairing texture with even more texture. If you have a multi-color raffia skirt, wear it with a shearling pink bag, not a t-shirt. Always go for the option most people are too scared to try.

Get out of your pattern comfort zone.

Gingham. Plaid. Leopard print. We’re not using exclamation points because those patterns have been everywhere and back and back again. Standing alone, they’re ubiquitous.  But what about gingham + plaid + leopard print!? We’re pretty sure that equals !!!! Instead of wearing one pattern, consider wearing them all at once! If you’re not keen on clashing prints, search for ones that aren’t everywhere at the moment. Try thinking outside the box or looking for a piece that reminds you of your favorite vacation spot or your upbringing.

Support designers from other countries.

A lot of designers pull inspiration from cultures and countries around the world, but it’s nice to support non-household names who actually come from those places. Some of Erykah’s favorite brands are Maki Oh, Orange Culture, and Loza Maleombho. They all happen to be Nigerian like her, and their design inspiration comes from their reality. Instead of defaulting to designers whose names you see everywhere, think about supporting emerging designers you maybe haven’t heard of from places you’ve never been.