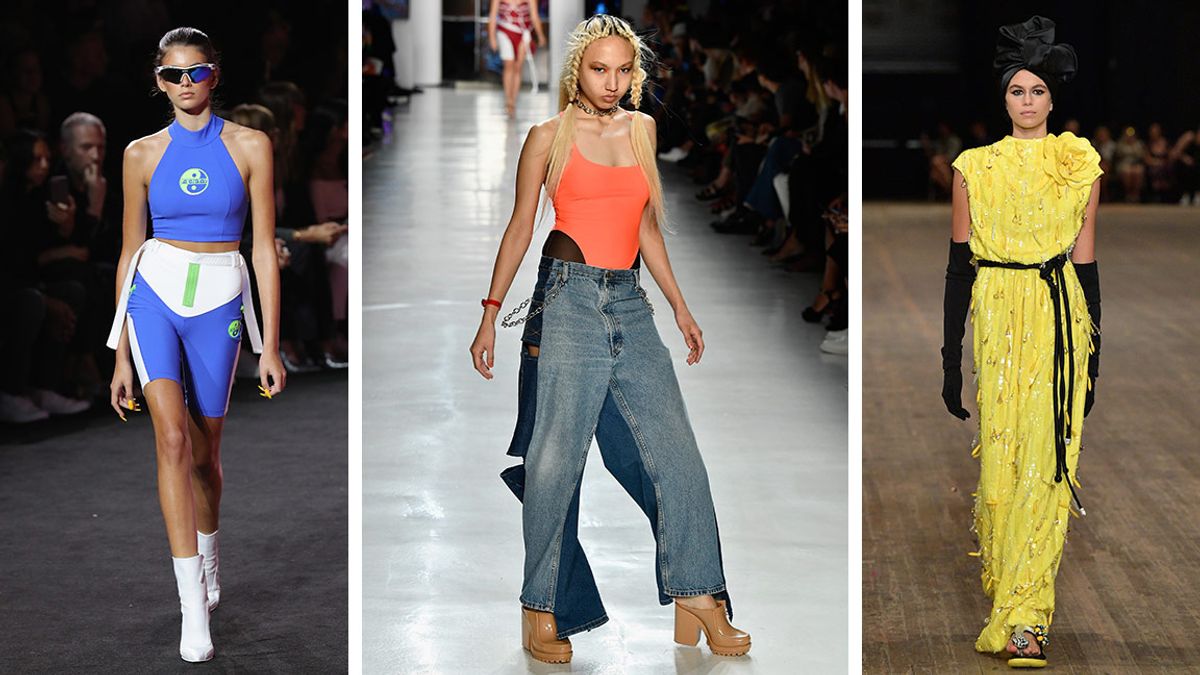 Like how to make a bucket hat high-fashion and why we should consider taking up sports.

They said New York Fashion Week was over before it even started. Even if you don’t work in fashion, chances are you heard someone in fashion complaining about fashion leading up to fashion week. Rodarte and Proenza Schouler showed in Paris during Haute Couture in July. Thom Browne and Joseph Altuzarra traded in the city that never sleeps for the city of love. Robbie Myers left Elle, Graydon Carter left Vanity Fair, and Cindi Leive left Glamour. All of this compounded with the unpredictable, unthinkable, and deeply depressing nature of America’s political state had everyone feeling nervous and scared and empty. NYFW was meant to be an escape, but instead it felt like everyone was escaping from it.

The show must go on, though, and all of the NYFW shows did just that. To everyone’s surprise, they were the exact opposite of what was anticipated. The shows, presentations, and after-parties weren’t dark and brooding. They were (for the most part) optimistic, playful, and fun. Tom Ford’s show invite was a fragrance called “Fucking Fabulous” and his show was its physical incarnation with neon pink suits, blazers worn with no pants, and excessively sequined gowns. Michael Kors cast a diverse set of models from Ashley Graham to Amber Valletta and Carolyn Murphy (supers who are both in their forties), and they all wore pastel pink bucket hats and light blue leis down the runway. The obvious exception was Raf Simons’s collection for Calvin Klein, which transformed clothing into commentary on America’s obsession with pop culture. There were dresses that looked like body bags and trenches splattered with a red that resembled blood. But to balance the American horrors, there were the American dreams in the form of cowboy boots and Western two-toned button-ups.

The most exciting part of NYFW was that with more space, emerging designers were given the opportunity to stand out. Shayne Oliver of the currently-on-hiatus HBA brought life back to Helmut Lang with less subtlety and more fetish. Eckhaus Latta made headlines with a very pregnant model who wore a purple dress unbuttoned at her belly. LRS, AREA, Sandy Liang, and Snow Xue Gao proved brands to watch.

Now that NYFW is actually over, it feels like it has really just begun. Thanks to social media and fashion’s recent obsession with Instagram stories and live videos (thank you, Eva Chen!), the runway trends of yesterday will be popping up IRL much sooner than anticipated. From bucket hats to hip-bearing bodysuits to sportswear—here’s everything this past NYFW taught us.

No pants are the new pants

Why choose between a bathing suit and jeans when you wear one in place of the other? We’re not saying to throw away your denim, but the runway is suggesting you leave them at home next spring.

Bucket hats are back

Most of us can admit to having a faded photograph of ourselves from middle school with a missing-toothed smile and a lunch box in hand and bucket hat on head (did anyone else have a tie-dye one from Limited Too?!). Streetwear’s obsession with the bucket hat has been well documented, but this season, high fashion is giving the love-to-hate accessory a try.

And so are hip-bearing, thonged bodysuits

With no pants and hip-bearing thongs, fashion seems to be showing more skin than usual. The sexy look is so engrossing because of the unexpected pairing of exposed limbs with heavier pieces. Thonged bodysuits are making a comeback, and designers are pairing them with extra-low-cut pants or a wide-shouldered blazer.

Wear your politics—but not on a slogan tee

Last season every designer had something to say about Trump’s election. And even if no one could blame them, they weren’t quite sure what to make of the slogan tees that emerged as a result. Their authenticity was questioned, especially when these political pieces were priced in the hundreds. Since November the industry has been grappling with how to strike the perfect balance between politics and design. This season there was no slogan tee in sight (thankfully!) and designers opted for a more indirect route. Helmut Lang and LRS tackled the very pressing issue of freedom of press by using newspapers in their designs. Raf Simons opted for a more visceral experience, giving his audience at Calvin Klein the American dream—and horror story.

The clothing for SS18 wasn’t just made for the beach, but also with the beach itself. Thanks to Rosie Assoulin, we’ll be collecting seashells on our next vacation—and trying to affix them onto our cover-ups and straw bags. Also Michael Kors has us reconsidering the lei as statement jewelry.

OK, so just because we’re still dreaming about the motocross tricks and BMX jumpsuits at the Fenty show doesn’t mean we are going to give up pastels and gowns forever. If Rihanna taught us anything, it’s the art of the unexpected. We already watched (and re-watched) the video of her in full army-green Fenty on the back of a bike. But couldn’t you just as easily see her riding off into the sunset in a Delpozo bow headpiece and yellow tulle skirt?

The future of fashion is brand-new

Fashion’s ability to transform is one of its most compelling features. It’s also what makes fashion week so exciting to begin with. No two collections are ever the same, and a new creative director can change the entire look of a brand while still maintaining its DNA. The energy at Calvin Klein and Helmut Lang was palpable for this exact reason; people didn’t know what to expect. But it wasn’t just the household names that had people talking. Sandy Liang, AREA, and Eckhaus Latta are just some of the newer names that’ll have people talking for seasons to come.