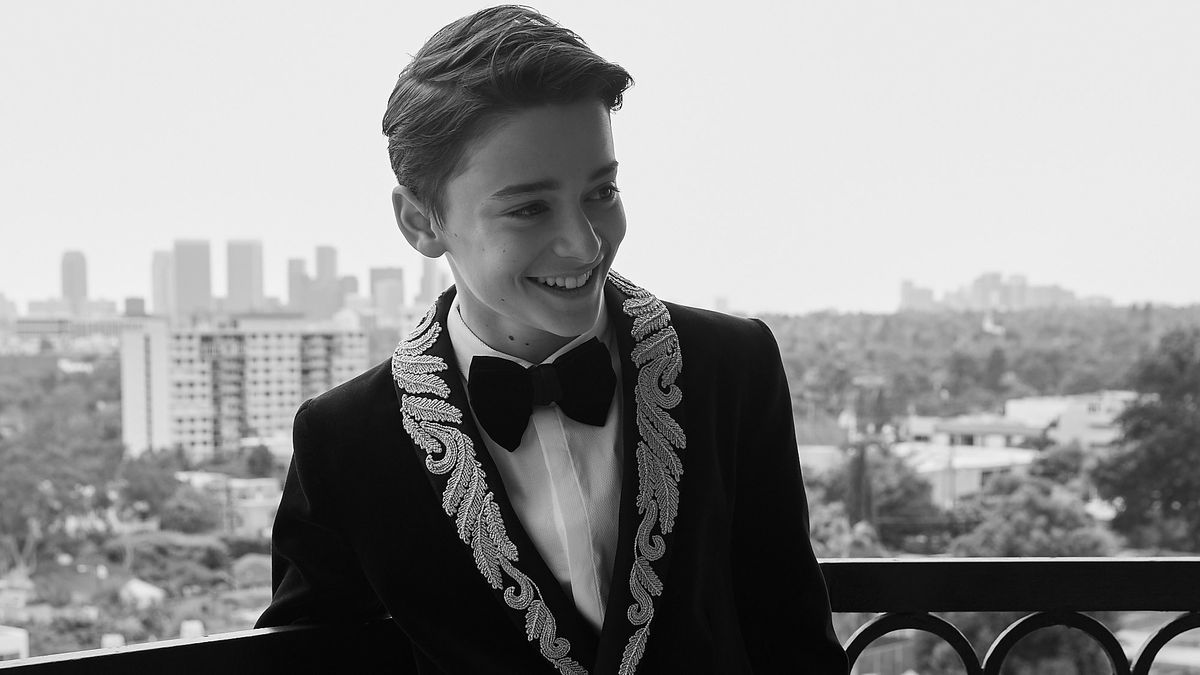 According to One of Its Stars, Stranger Things Season 2 Is Dark & Intense

We got ready for the Emmys red carpet with Noah Schnapp (aka Will Byers) and his stylist, Philippe Uter.

Of all the people we were excited to see on the red carpet at last night's Emmys, it was the cast of Stranger Things. We’re desperate for any tidbit of information about season two (you likely are too), and there’s always the chance of spoilers being spilled on the red carpet.

Fortunately for us, six hours before the show, we got to hang with Stranger Things’ Will Byers, Noah Schnapp, as he prepped for the evening ahead with stylist Philippe Uter by his side—and we did get a tidbit of information about season two, and Schapp’s character’s return from the Upside Down.

ICYMI, Schnapp and Uter made the decision to go with a navy blue velvet, gold-embroidered Balmain suit for television’s special night. The suit was so good, there is no doubt he stole more than few hearts as he posed alongside his fellow cast members (all of whom looked equally as dapper). Click through the gallery below to get the lowdown on his outfit and find out who he was most excited to meet.

15 / 16
PU: “We did a big fitting during Comic-Con and we were deciding between a grey t-shirt and a blue t-shirt. He was like, ‘I don’t know, Philippe, what do you think?’ I thought the blue and so, against everyone, he went with the blue, and at that moment I realized he valued my work—he valued the fact that I am here for a reason and as he is good as an actor, he knows I am good as a stylist. He believes in what I do and this little thing made my day. He is a very good kid and he is surrounded by the right people—his parents are really amazing and I think they create a very good team. If they continue like this I wouldn’t be surprised to see him on the top of it in a few years—like the top of the top of the top.”
Emmy Awards Film &amp; TV
Part of the series: