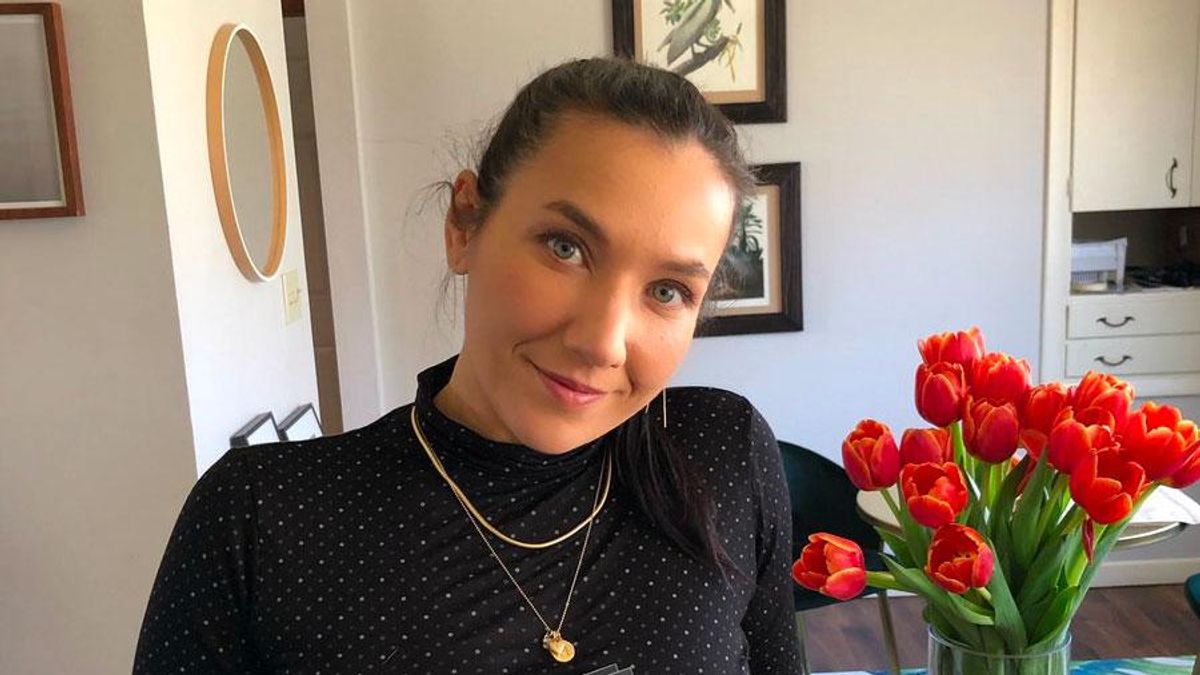 Melissa Febos on Growing Up Inside Girlhood

"I wanted to articulate the lifelong challenge of having this double consciousness...and how we understand that the power structures that exist within were not created for us."

Welcome to On Beauty, a series where we take a deep-dive look into one person's relationship to beauty, how that relationship has transformed over the years, and how they experience being seen. This week we're talking to Melissa Febos, the author of the critically acclaimed memoir Whip Smart and the essay collection Abandon Me. Her second essay collection Girlhood, was published on March 30th, and she has a craft book, Body Work, forthcoming from Catapult in March 2022.

Here, Febos discusses the importance of retelling narratives, growing up as a girl, and how she finds joy within oppressive structures.

"After I published my first book, I went back and I started writing essays and material from that book, which is to say material about being pro Dom, about sex work, about addiction—it started creeping up in my new essays. For a while, I tried to bat it away. I was like, 'No, I already gave you 300 pages, I can't.' My worst nightmare is people reading my work and thinking, 'There she goes about spanking again.'

"But when you're an artist or writer, you know that when something comes calling in your work, it has that kind of insistence; it doesn't go away. I learned that once it moves to the conscious part of your brain, it bangs around until you let it out somewhere. When I did that, I realized I had totally new things to say about those topics and it was really compelling to write about them again. And then I heard back from other people that it was compelling to see me move through a changing mind on the page.

"The essays of Girlhood are very much about taking an old, familiar story and sort of peeling back that most familiar narrative and saying something that might be a little truer today for me. I think particularly now, especially with social media, while it's given us many beautiful things, it's made it scarier to change your mind and to decide you think something different about the big events of your life. But I find it really comforting to read about people developing new perspectives.

"With this book, I wanted to articulate the lifelong challenge of having this double consciousness—as I think anyone who lives in our society and doesn't have a hyper-dominant identity deals with—and how we understand that the power structures that we exist within were not created for us. We're in it, and we've been conditioned by it and internalized it.

"There's this lifelong tension that I've experienced between what I know to be true, which is that women in this country are subjected to a beauty standard that is impossible for most bodies to meet, and that impossibility is actually the point because it's used to manipulate us to buy things and to hate ourselves and to be docile bodies in a system that exploits us; at the same time, I spend a lot of money at Sephora. And there's a lot of pleasure in that.

"I've always been aware of the ways that the beauty industry can be harmful, but also, I don't want to make it my life's work to fight it. I've been a high femme my whole life; I want to wear heels, I want to wear makeup, and I want to be able to choose my own battles. I ask myself the question, is this actively causing harm to me or other people? And if the answer is no, then I'm free to indulge.

"Beauty privilege is real, and there are benefits to being perceived as beautiful in society, but it's also a myth. In some ways, I think that's a massive misdirection by these systems, where it's like, 'No, don't look into running for office, look into some cosmetic surgery!' It really keeps us hamstrung by this obsession with appearance which does function in a lot of ways in our society. And certainly, there are a lot of negative repercussions for not waging that beautification campaign. But also, it's a massive preoccupation, and there's a great boon to a power system that doesn't want us anywhere near the top of it.

"The greatest mindfuck of all is that we're supposed to put all of our energy towards looking a certain kind of way and trying to achieve an impossible ideal, but we're also supposed to pretend that we're not trying to do it at all. As women, we're sort of socialized to look down on each other for having that effort be visible.

"When I was a teenager and I was eating disorderly, I still had that other consciousness where I knew this was bullshit; I knew it was insane that I was a good student and a good athlete and yet I spent all this time obsessed with eating string cheese for the whole day.

"I remember thinking, 'God, I wish I could take all of the energy that I've ever spent counting calories in my mind—or just like, walking by store windows and glancing out of the corner of my eye to see what my silhouette looks like—and put it towards my writing.'

"At this point, I feel like I recognize that those habits are older than any other habits that I have; they are so deeply ingrained in me. And I can find routes of expressing them that are less harmful or also have good consequences. I can indulge in beauty with my queer community, with folks who are not fetishizing whiteness. I can find routes where I'm also nourishing myself and nourishing other people. I want to try to align those instincts with other practices that build community and are maybe radical in some ways.

"I just finished reading this amazing book by Sonya Renee Taylor called The Body Is Not an Apology. I had always thought about beauty and body shame as being a personal affliction and maybe a social affliction. But her book really puts it into political terms. It's helped me to see radical self-love as a political practice. I really think it's about finding that balance between sort of rigor and joy. I want to take accountability for the ways that I'm participating in harmful systems. And I also want to have some acceptance about the ways I've been irrevocably conditioned by my society and to find joy in the short amount of time that I have here."