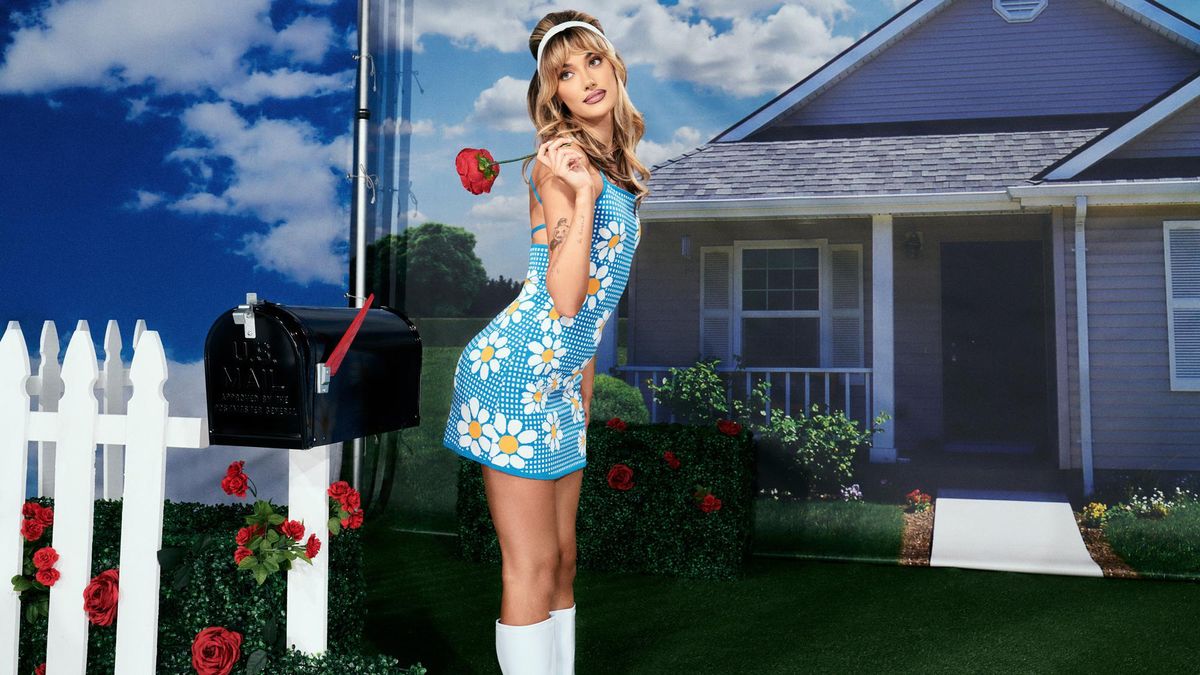 "I don't care about people looking attractive anymore; it's not an accomplishment."

Welcome to On Beauty, a series where we take a deep dive into one person's thoughts on beauty, how that relationship has transformed over the years, and how they experience being seen. This week we're talking to Olivia O'Brien, the 21-year-old singer who burst onto the music scene when she was 16 with the viral hit "I Hate U, I Love U." Part one of her sophomore album Episodes Season 1 is out now on all streaming platforms. Below, she opens up about her nose job, why she avoids getting filler, and how she's been able to get her confidence back.

"My middle-school experience was me crying every day because I wanted a nose job so bad. Thankfully, I got one. I had a really big bump on my nose, and I would get made fun of every single day. It just became my biggest insecurity by far. Boys would say things like, 'She's pretty, but she has a really big nose.' I remember my sixth-grade crush said something about it, and I went home crying. I've wanted a nose job since I was eight years old—that was the first thing I did when I got money, which is so sad. I look back now and I wasn't ugly. I was never ugly, but I thought I was literally a gremlin troll; I thought I was the ugliest person on the entire planet, which is so sad. No 12-year-old girl should ever think that about herself.

"I got my nose job around 16, shortly after I moved to L.A. full-time. But once I got it, I ended up hating it, and I had to get a second surgery. I went through hell; it was the worst experience ever. And then I was like, 'All my friends are doing this, should I do it too?' and 'I need a boob job' or 'my butt's not big enough.' I started hating my body and features that I'd always loved about myself. There was also the feeling that I wasn't doing my makeup right and that I didn't know how to take cute enough photos for Instagram. You just end up comparing yourself to everyone and everything—it's not worth it.

"I used to change up my hair all the time, and it was a coping mechanism. When I first dyed my hair purple, I was like, 'Now I don't have to compare myself to the pretty brunette girl or the pretty blonde girl because I'm the girl with the purple hair.' I got attached to it—whenever I wanted to change my hair again, I thought, 'No, I can't because I'm the girl with the purple hair.' It was a security blanket. What I've realized about L.A. is that literally everyone is pretty; everyone's pretty to the point that now no one's pretty to me anymore. I don't care about people looking attractive anymore; it's not an accomplishment. I'd rather focus on being smart or funny."

"People are always going to have their opinions on you, no matter what. And if you're posting on social media, they're going to automatically assume that they know everything about you; they think they can see your whole life, but they're only seeing a sliver of it. You have to remind yourself when you get nasty comments that they don't actually know you; they've never had a conversation with you. It's hard, but you can't take it personally. I still do get sad at times when I see mean comments, but it doesn't affect me as much as it used to.

"'Love Myself' was a song that I wrote to push myself to feel that way because I didn't necessarily feel all of those emotions that I was singing about, but I wanted to. It's hard to sing something that's supposed to be a positive anthem when you feel the complete opposite—it's kind of discouraging. Now I don't think twice when I sing it because I've definitely grown into myself a lot; I'm way more confident and happy with who I am.

"I work really hard, every single day, at loving myself and accepting myself for who I am. I think the more you change about yourself, the less happy you become. There's always something else to fix and it's such a dangerous, slippery slope. I was actually telling my friend this the other day—it's so much easier in the long run to just love who you are and who you were born as than to do something to yourself, not like it, and then have to try and forgive yourself for the mistake you made.

"I could easily go to the doctor right now and get my boobs done—I have the ability to change everything about myself, and I don't want to anymore. I used to literally never leave the house without makeup because I used to have really bad acne and I was so insecure about myself, and now I don't care about people seeing me without a full face beat. I get Botox in my forehead because I have acne scars right down my ["eleven"] lines, and it helps tighten my skin; I've literally tried everything for it and nothing else has worked. I stay away from fillers, though—it's kind of scary how normalized it has become to get filler. People think that it's not that big of a deal because it's not surgery, but you're still injecting something into your face that morphs your appearance. I hate that I see so many young girls doing it because it's trendy; you shouldn't change your body for a trend."

"I love putting on music that makes me feel like a bad bitch; I have an affirmations playlist that I'll queue up or I'll listen to Megan Thee Stallion. I love to drive around, roll all my windows down, and sing random songs that make me feel good. It's all a mental thing; whenever I have a negative thought pop up in my head, I try really hard to think of a positive one in order to counteract it.

"I don't focus all of my self-worth on what I look like and what other people think of me. I don't have to be pretty for anyone else; all I have to do is think of myself as beautiful. And that doesn't have to fit anyone else's standards."