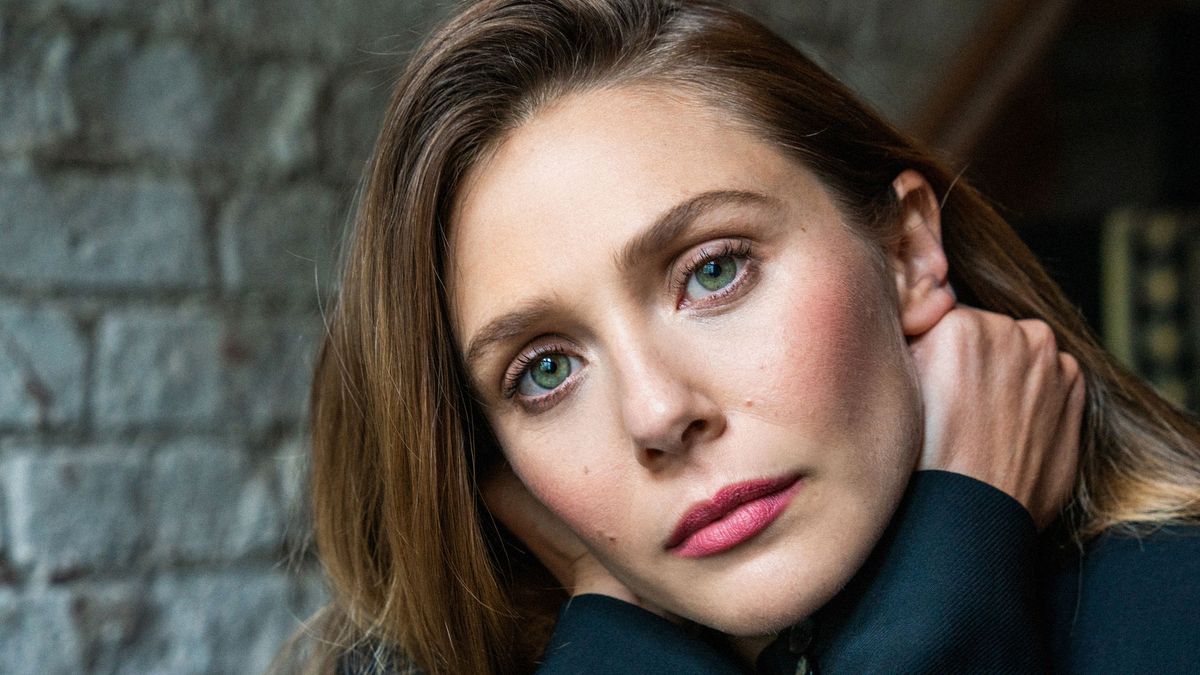 Elizabeth Olsen on Exploring Grief in “Sorry for Your Loss”

We sit down with the actress and executive producer to talk about the meaning of true strength and knowing when it’s time to slow down.

Noah Lehava
Renée Rodenkirchen
The two times we met Elizabeth Olsen couldn’t be more different. The first, we were dancing all night long and hiking all day in the middle of Utah’s Canyon Point for our mutual friend Andi Potamkin’s wedding at Amangiri. It was one for the books. This time, we swapped the champagne for sparkling water on a packed press day during the pinnacle of TIFF and nestled into a booth to talk about Olsen’s elegant performance (and her debut as executive producer) in Facebook Watch’s episodic series Sorry for Your Loss. Olsen plays Leigh, a bereaved widow struggling to navigate her new life—a role that has her gracefully vacillating between debilitating mourning and comfort in memories (as shown in flashbacks), and the challenges within the banality of everyday life between. The realistic portrayal of grief depicted in Sorry for Your Loss, Olsen tells us, made her re-examine the meaning of true strength (hint: it’s not the antiquated belief that hiding emotion during a time of mourning is a strength). We chatted about what it took to prep for a complex role, her new venture into producing, and played a quick-fire round of Qs.

How did you get involved with this project?

“I had read the script three years ago. I had just gone through, not a death, but a loss and a life adjustment, so I related to my character [and the feeling of] being completely confused about how to move forward. We haven’t really told an authentic story about grief and the everyday—how it’s not something that you go through the stages and get out on the other side. It’s a continual adjustment to your life, and you can’t do anything but move forward.

“I always think about how we all have a backpack of shit that we carry with us from all the trauma that we’ve experienced (or all the loss we’ve had or the pains we’ve gone through) that are unique to each individual person. We walk through life with this weight on our back, but we walk through it anyway; you’re fine, and that’s just you. And then you add an extra loss, or something new, an adjustment, and it becomes a huge new weight—you never lose the weight, it never goes away, you just adjust how you walk through life and move forward. [Sorry for Your Loss] is not fancy and it’s not dramatic, but what I love about the show is that it gets cozy in the mundane and the monotony of that experience, how long it takes, and how it never goes away. You continue to have relationships with this person [you lost].”

Did you find it challenging capturing the complexities of grief?

“Yeah, you really need it in the writing—you can’t just whip it up from nowhere. You don’t want to play a state of mind. You just have to play the scene and stay grounded in whatever’s happening in that moment. The thing I enjoyed about the television aspect of it and working with Facebook as opposed to a network and deeming it a comedy or a drama, is that we got to adjust our tone for different episodes. The first two episodes are pretty depressing; the third one, there’s humor off the bat; and the fourth one is also lighthearted; the fifth one is introspective; the sixth one is manic. It’s helpful to get to see this woman not living in this [one] state [all the time] and to get to play with this change and the new version of herself.”

How did you prepare for the role? You consulted with Dr. Scott A. Irwin?

“Yeah, we did. He was more there for Mamoudou [Athie] because his character deals with depression. For me, I just chatted with him and had a couple questions since I’ve been a part of this for three years—in the pitch room and in development—and it was a part of trying to figure out what story we were going to tell. As a group, we liked to research essays about memory and the brain, and how we remember things and what happens to memory. I reread Joan Didion’s Year of Magical Thinking a few times over, and the thing that I loved about that was that there was this cyclical obsession of repeating a memory and wanting to hold on to the details because once the details are gone, that person really feels gone. Playing with memory in that way for the show is also a larger theme. Those were the main things for prep or research.”

Did you learn from Leigh in the process?

“I haven’t lost a parent or a sibling, or someone I’ve been in a relationship with, but I’ve lost uncles, and the way that I handled myself in the communication with my cousins and my aunt (or even to friends that were going through a loss) [was with] the assumption that I’ll always express to you in that moment that I’m here for you. And then you’re kind of nervous to bring it up again—you think, ‘Oh, well, maybe they don’t want to be sad today,’ or ‘Maybe they don’t want to think about it.’ The more I’ve read about widows writing about the death of their loved one or anything from the perspective of the person grieving, [I’ve realized that] they don’t want that person to be forgotten. They love that person so much that they want to have the conversation about them. So, I’ve tried now, moving forward, to check in genuinely.”

You’re right, no one really thinks about the future of grief:

“There’s this funny thing, I think it was written maybe in the ’50s or the ’60s, and it’s a book about manners. The book read something like, ‘If you are the person with a loss,’ and ‘if you don’t cry at the time, you are being strong for everyone else who feels sad and you are creating a thing of strength.’ And I’m like, is it strong to not cry? What is that thought? It’s such an outdated idea.”

“Yeah, be strong. It could also mean you’re completely removed and it’s going to come at you in full force later, and then you’re going to have a rude awakening. There’s no right way [to grieve].”

What does strength mean to you?

“This is not just with loss, but having opinions that are thoughtful and that come from a good place are important. Especially, as women, to speak up and always share; that, to me, is a thing of strength. It’s also vulnerable. It’s that scary feeling, like when you’re in a seminar class and you have a question, but you’re terrified you’re going to say the stupidest thing—to not have that fear is strength. Or even to have that fear and ask the question while your body is shaking is strength. I think patience is strength, and mindfulness is strength.”

Did you have to channel that strength during filming?

“While I was making this show, I was so fucking erratic. I just felt so wound up from juggling giving notes on an edit, knowing my [lines] for the day, and then giving notes for a future script—that’s a lot! Then when we wrapped, I was like, ‘Thank god, I’m so tired.’ And then it was post-production! [I’m] such a perfectionist because I want to be so detailed with everything. There’s this horrible spinning that your brain does, and it took me until maybe a week ago to calm down and be slow again.”

How did you slow down?

It’s your first executive producing gig; what was that experience like?

“Everything was great. All the curtains were lifted. The thing that I love most about being on a set is being with a crew and having that relationship. Especially with TV, directors are moving around. Kit [Steinkellner] was on set most of the time, but sometimes she couldn’t be, and writers were different written-by’s for the episodes, so I was the most consistent thing on set with the crew, and feeling part of that team in such a big way is what I loved so much.”

Has it ignited something within you?

“Yet. [Laughs] I never thought of that, but I love being that person on set with the crew... But I don’t know.”

What’s the last cocktail you had?

“Vodka with lemon and lime.”

“It was Korean food in The Valley.”

“A photo of my boyfriend playing music [laughs]. He’s doing shows that I can’t be at, and they put up a photo, and I was like, ‘I’m obsessed with this!’”

“I’m rewatching Game of Thrones right now. I’m obsessed. I took a picture with a cardboard Jon Snow, and then Kit Harington was at the same place I was eating lunch, and I was like, ‘It’s not the same thing.’”

You know he’s here at the festival?

“That’s what I mean! This morning. I have a picture of me with a cardboard cutout of you, like a creep [laughs].”

If you yourself had a superpower, what would it be?

“If I’m in a playful mood: to be able to travel and just [snaps fingers] be somewhere else. The sincere one is the power to heal. That would be really cool.”

“I’ve been massaging the shit out of my face.”

“I don’t know, but I feel like when I look at the before and after, to me, there is a difference, but maybe I’m insane.”

60 Seconds with Blake Lively
Maggie Gyllenhaal on the Door That “Cracked Open” in Hollywood
Amber Heard Blares Lil Wayne in the Car Before a Red Carpet & Can’t Do Her Own Hair
Film &amp; TV TIFF
More From the series Celebrity