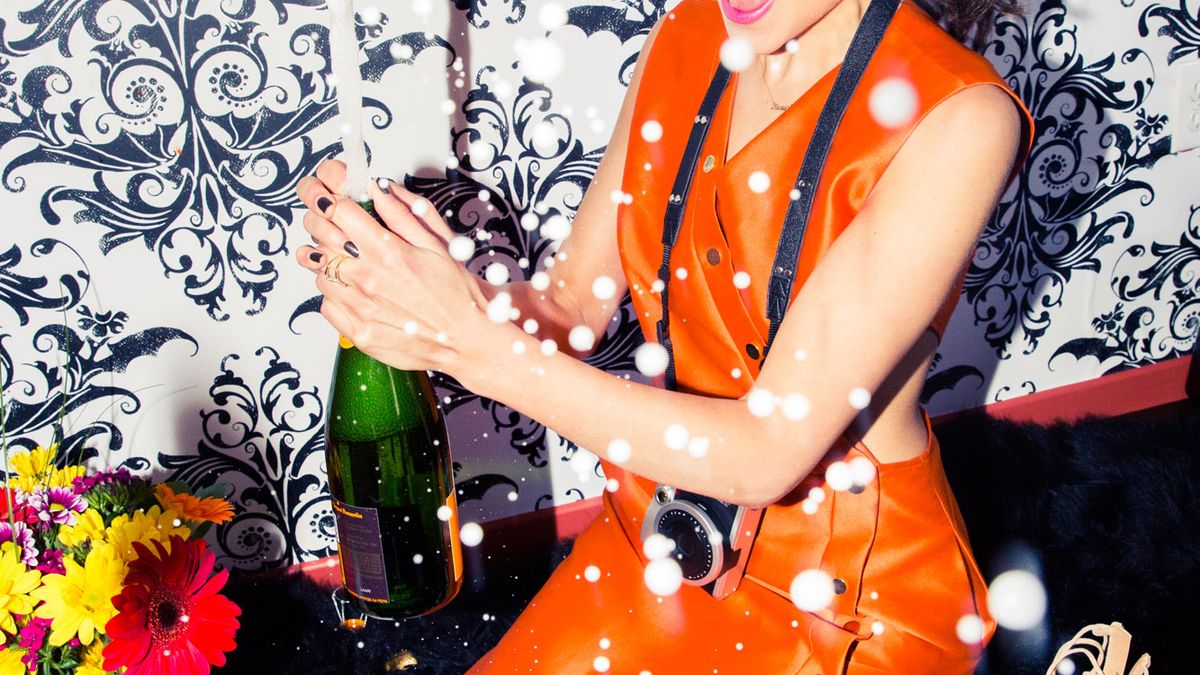 When Does Casual Drinking Turn into a Drinking Problem?

Keep an eye out for these signs.

Samantha Sutton
When does casual drinking become problem drinking? That’s the question I asked myself during the month I decided to cut out alcohol, and quickly noticed that the world revolved around it. Boozy brunches and happy hours are aplenty, especially in NYC, and if friends or family weren’t offering me a glass of something at their place, work connections were inviting me out to “grab drinks.” I could barely scroll through Instagram without seeing a meme about blacking out or being hungover, and while on a normal day I might have related, sober me found it a lot less funny.

As someone who knows people who suffer from addiction—and has struggled to decide if intervention was necessary and how to go about that—I began to realize that the answers I needed weren’t readily available. So I reached out to the National Institute on Alcohol Abuse and Alcoholism, an organization responsible for the HBO documentary Risky Drinking, and spoke to its director, Dr. George F. Koob. He had some pretty eye-opening things to share about alcohol and limiting yourself, and while I’ll likely have a few cocktails over the long weekend, I’ll be keeping this information in mind.

What are some signs that you might have a problem?

“The earliest marker is some impairment in functioning: You have recurring excruciating hangovers that make it difficult to get work done, or it causes you to have problems with family—you’re irritable and cranky. The standard definition of addiction is the inability to stop, compulsive-like seeking of the substance, and feeling bad when you’re not drinking. If you don’t feel right when you don’t have a drink in front of you, that’s an early sign.”

What are signs to look for in others?

“Changes in how they’re interacting with others and whether they are showing responsible behavior—drinking while operating heavy machinery or driving, getting into arguments and fights. Most people sense a change in personality. But it’s not easy, and sometimes it kind of hits you over the head later. When a loved one starts slurring their speech on a regular basis at a certain time of day, that can be an indication that they’re taking in a little too much alcohol.”

How can you get help?

“There are counselors who do cognitive behavioral therapy, contingency management, motivational interviewing or motivational enhancement. But it’s a little tricky to weed your way through all of it and figure out which ones are good and which ones aren’t. You’re well aware there are in-patient facilities where you can go for a 28-day detox. Those tend to be expensive; some take insurance, some don’t. Some are very well recognized and certified, and others, maybe not so. There are also out-patient facilities, where you can actually go in the evenings—you don’t have to stay there for 28 days. And then, there’s Alcoholics Anonymous and other mutual support groups. They’re not necessarily for everybody, but for the people they work for, they work really well. Obviously, you have to attend them.

“We’re putting up a new website [in addition to Rethinking Drinking] that will help people along the way. It’s going [to be] called an active alcohol treatment navigator and it will teach people what to look for and explain what treatment options are available.”

How can you help others?

“There’s no easy answer. One way is to have them see their physician—maybe they haven’t had a physical in a while—and if you can, alert the physician to ask the question about how much they’re drinking. Another is to have a conversation where you’re not accusatory. Adopt the principles of what’s called motivational interviewing, where you ask them [things like], ‘Don’t you think you could do some of the things you’ve talked about if you saved money instead of spending it on drinking? Maybe you could get that surfboard, or a new car and make the payments on it if you weren’t putting away $100 or more a week on alcohol.’ It’s tricky, because you don’t want to sound negative.

“The old idea of ganging up on somebody and trashing them is not a good way to approach it. It just puts their backs up and makes them get more secretive and defensive. But sometimes, families do have to do interventions, and it’s best to get some help in that regard. Al-Anon is a good place for people who have relatives with drinking problems. You could go to a meeting and hear what people have done and how they’ve effected interventions.”

What are the rules for casual drinking?

“That has to be learned because everybody has a different level of tolerance and inherent tolerance. The most important thing is to realize that more is not better with alcohol. One or two drinks, that’s fine—we have a lot of people in our society that drink, probably about 70 percent. It’s a social lubricant, and I’m sure there have been many business deals and science collaborations have formed when someone’s had a beer at a bar or a glass of wine. But past one or two drinks, it starts going in the other direction. You stop thinking clearly, you make mistakes, you say things you’re not supposed to say, your emotions start to go. Learn the signs. When you find yourself talking and talking until the person you’re with is like, looking at the floor, it’s a sign.”

If you’ve had issues with drinking, do you have to cut it out completely?

“It has to do with each individual and the severity of the alcohol problem. If it’s somebody who at 16 got into trouble at a party in high school, does that mean they can’t drink for the rest of their lives? Maybe not. But on the other side, people with five DUIs, who have been in and out of treatment programs, can they go back to moderate drinking? Probably not. At the Institute, we advocate that if you had a serious alcohol use disorder, the goal is abstinence. But if you had a low to moderate alcohol use disorder, I think that’s something you have to work out with yourself, and maybe get professional help if you’re worried about it. We advocate abstinence, but we’ll take anything we can get in between, just as long as you’re not getting into trouble with alcohol.”

Does society have an obsession with drinking?

“I would say there’s been a pretty dramatic increase in binge-drinking and what we call extreme binge-drinking. Binge-drinking is defined as four drinks in a female or five drinks in a male in a 2-hour period. But extreme binge-drinking is basically drinking twice that amount in the course of an evening—10, 15 drinks. People are getting to a blood alcohol level that’s twice the legal limit, which causes blackouts where you don’t remember what happened. Some of it is driven by music, film, word of mouth, and culture—in this country, we tend to glorify people who can drink everyone else under the table. But as scientists, we know that’s actually the person who’s most likely to have a future alcohol use disorder problem.

“Ironically, statistics indicate that young people—underage individuals—are drinking less, so that’s the encouraging news. If you look at middle schools, high schools, they’re drinking and binge-drinking less. But it’s the age group between 20 and 30 is where we’re seeing some of this extreme binge-drinking.”
More From the series Health