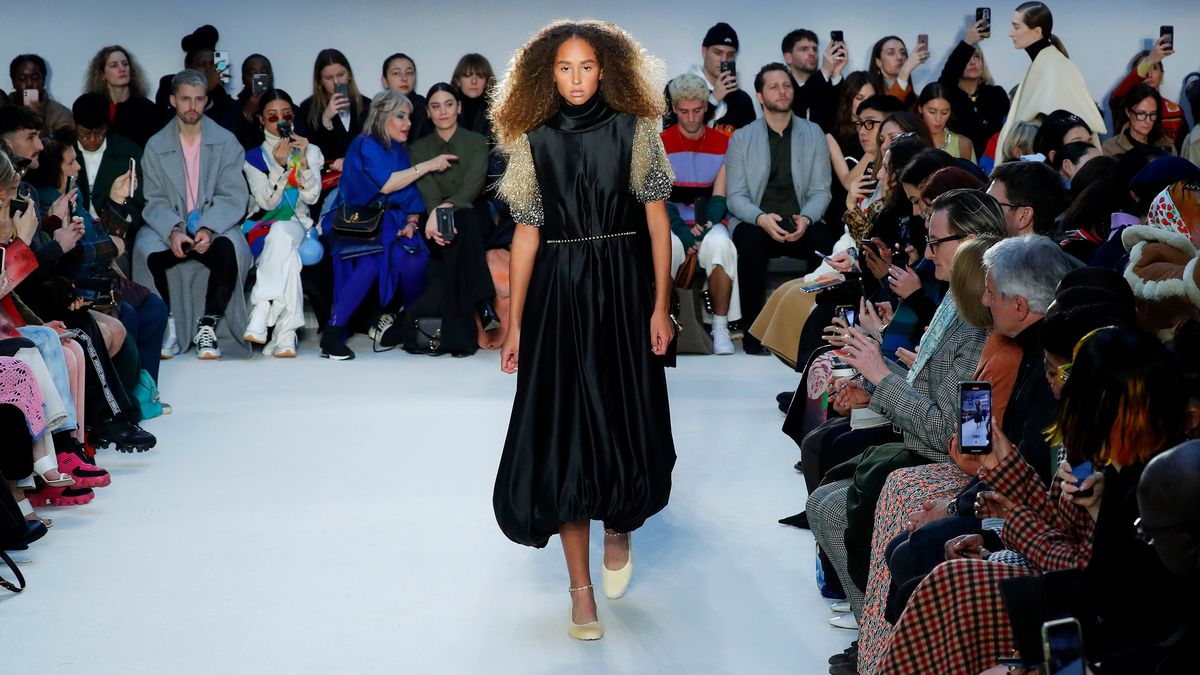 3 / 4
Halpern
After Michael Halpern’s first outing in 2018, editors and buyers immediately fell for the sensual liquidity of his party-ready dresses. This season, the London-based American expat carried his signature fluid touch forward in glinting looks including this conical gown with a charming, powder-blue neckline.
Photo: Alessandro Lucioni / Gorunway.com