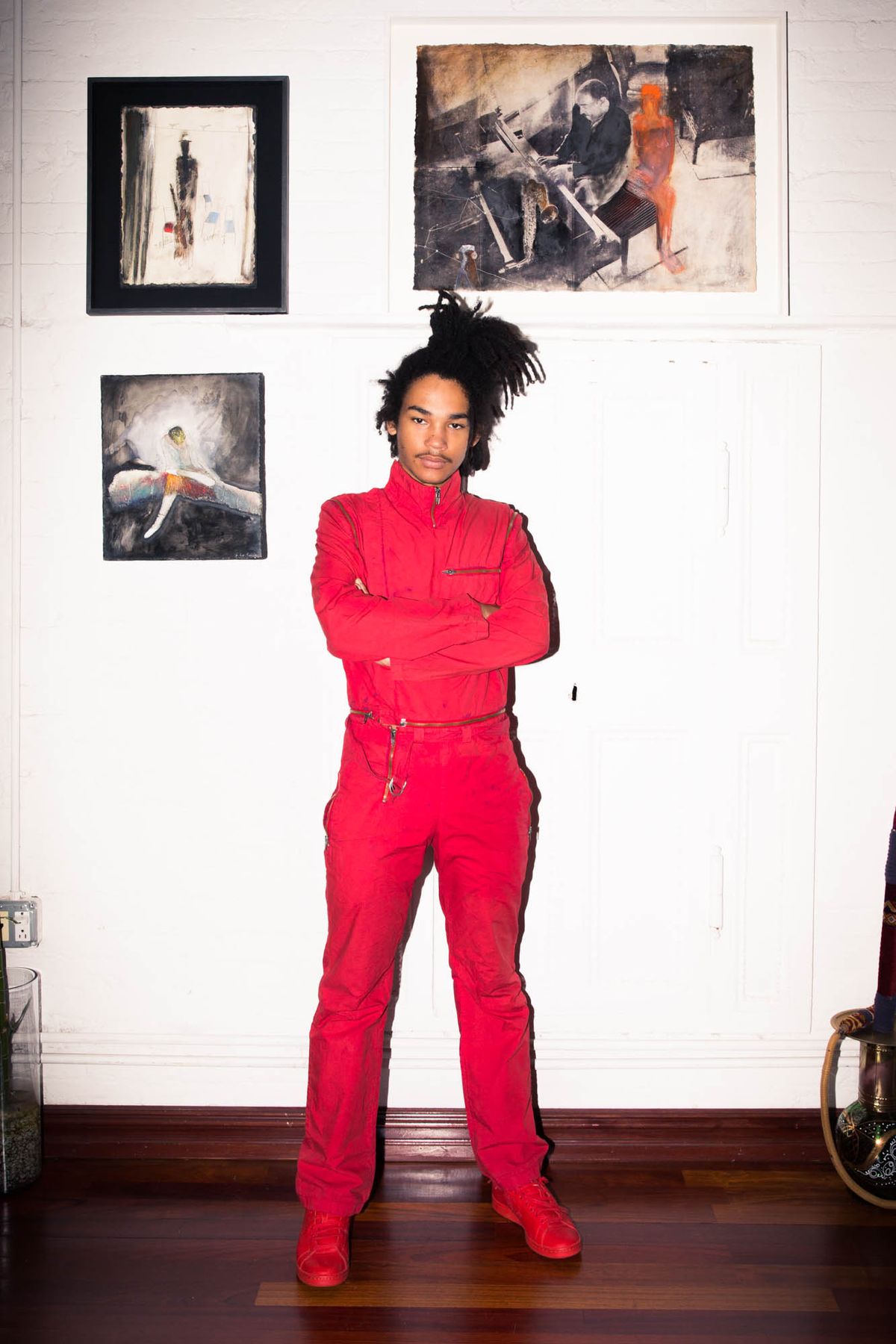 Emily Ramshaw
Alec Kugler
Emily Ramshaw
Luka Sabbat makes us feel old. As we learned when we hung out with him and his posse of friends on a recent week day afternoon, there’s nothing like an 18-year-old who owns a significant portion of Gucci’s fall collection, along with a slew of archival Raf Simons, who also spends the majority of the shoot playing a videogame you don’t even recognize, let alone know the name of, to make you feel your years—even if, relative to the rest of the population, you’re pretty youthful, too. For those of you who don’t know (you’re probably over the age of 22—don’t feel bad, us too), Sabbat is a social media phenomenon turned model, turned muse, turned creative collaborator with major brands like Adidas. In other words, he already has our dream job. For context, he was in the Madison Square Garden Yeezy show—and then Kanye gave him a customized Pablo jean jacket (“one of one” as Sabbat told us when he took it out of his closet). Something tells us the other dozens of models received no such gift. But credit is due: Sabbat knows his stuff. And the fact that he can throw out stats and accolades about Raf Simons (his very favorite designer), Adidas, and Haider Ackermann, while using phrases like “lit” and “rad” unironically (because he doesn’t need to be ironic) is probably part of the reason he makes us feel our age. And aside from launching his own jewelry line—seen here for one of the first times—he really does have a major contract with Adidas; and even more powerfully, whatever he says on Twitter (his favorite social media network) and Instagram, is law as far as Gen Z is concerned. (Does calling his generation that make us sound old too?)
Closet