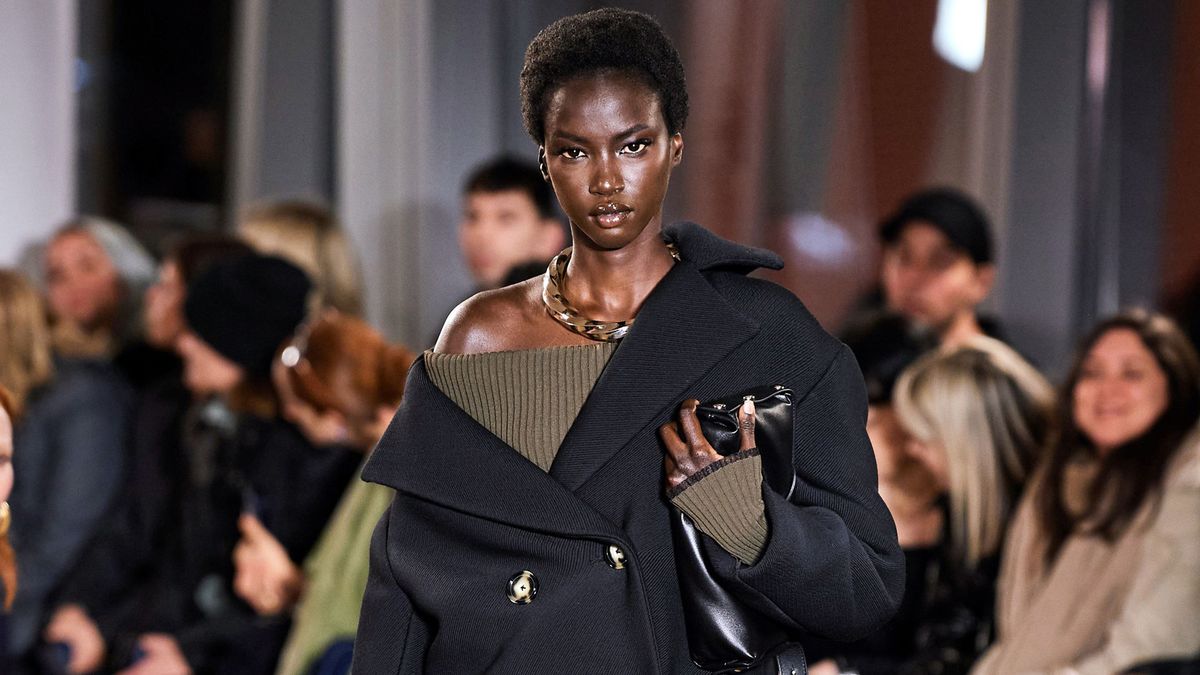 7 Styling Tips from NYFW to Wear (and Shop) Now

No need to wait for fall/winter ’20 styles to hit the stores.

Camille Freestone
The fashion calendar has an admittedly bizarre structure. The shows that buyers, editors, influencers, and more flock to in February are to exhibit clothes that won’t hit stores until the following season. This lag can obviously hinder the momentum of a trend shown eight months prior, and while this may be necessary for the brands from a buying/production perspective, it’s not as friendly for the shopper. The solve? Look at how designers are styling items that are already in circulation, or, even better, already hanging in your closet. Read on for the tips from NYFW we’re implementing into our wardrobes right now—oh, and also shopping.

Oscar de la Renta
Photo: Alessandro Lucioni / Gorunway.com
A term bathed in social stigma was deemed cool this season by brands like Oscar de la Renta, The Row, and Monse. While some may view the all-grey outfit as dreary, we believe in indulging in its positively skewed cozy connotation instead. The key here is switching up your textures—i.e., cotton with leather or knitwear with wool, and a little metallic embellishment never hurts either.
Buy Now
Buy Now
Buy Now
Buy Now

Khaite
Photo: Alessandro Lucioni / Gorunway.com
The tall boot cemented itself as the shoe du jour on last week’s runways. While previously we often saw it tucked away under midi skirts, many designers showed us that it’s the perfect solution to counterbalance a short hemline instead—a pair of tights makes this pairing a bit more refined.
Buy Now
Buy Now
Buy Now
Buy Now

Coats Tugged Off the Shoulder

Proenza Schouler
Photo: Filippo Fior / Gorunway.com
At Proenza Schouler, most of the pieces shown looked as if they had been tugged off at least one of each model’s shoulders. The coats were apparently cut normally but worn oversized and draped off the shoulder to create an asymmetrical illusion. In other words, it would be possible to achieve this style with any old coat (the larger, the better).
Buy Now
Buy Now
Buy Now
Buy Now

The Row
Photo: Courtesy of The Row
We can always count on The Row for utterly simple yet devastatingly chic new ways to pair classic garments. For a few seasons now, they’ve showed form-fitting turtlenecks layered under button-downs left open to around mid-shirt. An added bonus: this combination adds a little extra warmth during a frigid February.
Buy Now
Buy Now
Buy Now
Buy Now

Christopher John Rogers
Photo: Daniele Oberrauch / Gorunway.com
We’ve seen the dress-over-pants concept for a few seasons now, but this rendition is a slightly fresher take. It involves any dress that buttons or zips up the front worn undone below the waist to create a cape effect—business in the front and party in the back, you know?
Buy Now
Buy Now
Buy Now
Buy Now

A Button-Down Works Under Anything

Everything We Did, Saw and Loved at New York Fashion Week
Our Favorite NYFW Nails Trend Is a Major ’90s Throwback
Square Steps: The New Shape of Footwear to Wear Now
Part of the series: