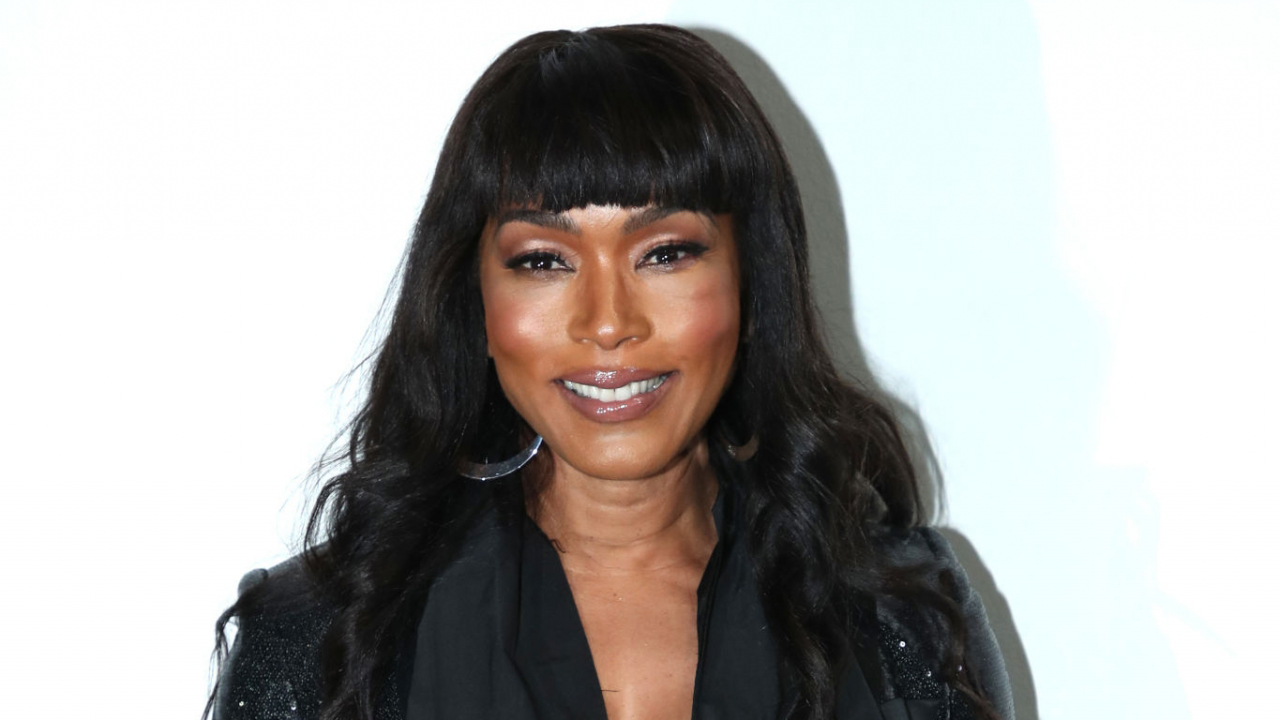 Angela Bassett on Her Dream Role, Finding Joy, & How She Keeps Her Skin Glowing

The living legend also tells us how she’s living her best life despite quarantine.

It’s not every day you get the chance to interview a legend. Though you may not know this, Angela Bassett started her career at Yale, earning a B.A. in African American studies and an M.F.A. at the Yale School of Drama. She also got an honorary doctorate degree from her alma mater a couple years ago. But that was just the (very scholarly) beginning.

Bassett has played some of the most powerful Black women of the twentieth century—Rosa Parks, Betty Shabazz, Tina Turner. Among her many awards, she received a Golden Globe for Best Actress in 1994 for What’s Love Got to Do with It, several NAACP Image Awards, and a SAG Award for her role in Black Panther.

She’s not even close to done. In fact, she tells us one role she still hasn’t gotten to explore takes us back to ancient Egypt. While we’re waiting for that movie to be made, we’ll have to be satisfied with seeing Bassett reprise her role as CIA director Erika Sloane in the next Mission: Impossible.

Bassett isn’t just an incredible actress—she’s also a national spokesperson for Know Diabetes by Heart, a joint effort between the American Heart Association and the American Diabetes Association. This is an effort very close to her heart, as her mother had type 2 diabetes and her uncle is living with it now.

We were able to ask Bassett about how she’s staying healthy herself this year, how she’s finding joy despite a difficult year, and—very important—how on earth her skin looks so good.

What does life in 2020 look like for you right now? Who have you quarantined with, and where have you been quarantining?

“I’ve been quarantining with my husband and kids at home. The pandemic has been a time of great uncertainty, anxiety, and tragedy, but it’s also given me quiet and stillness.

“I have grown to appreciate my family and friends even more, and I’ve enjoyed the most precious thing of all: getting rest and having peace. It’s forced me to look at my approach to life and how I think about things and to establish a new normal.”

We’re so excited to see you reprise your role as CIA director Erika Sloane in the next Mission: Impossible. Do you know when you’ll film your scenes?

“I have the script for Mission: Impossible 7, but especially with the pandemic, it is difficult to get excited when plans go awry so easily during these trying times. Travel has not been booked yet, but once I do, that’s when the real excitement will really set in. It is coming up soon!”

Will this be your first time back on set since the pandemic began? What aspect of filming are you most excited about?

“I returned to work to film 9-1-1 earlier this year, but Mission: Impossible 7 will be my first big film back! I’m just excited to get back to normal.”

How do you think the pandemic will shape the future of the film and television industry?

“As with all businesses, the film and television industries have had to adapt to a new way of getting shows on the air and movies on the screen. It’s already happening with health and safety precautions on set, following strict COVID-19 guidelines, frequent testing, working in a bubble, so it’s a much more contained environment to work.

“However, the changes are not just on the production end, but also in how we communicate with fans and viewers about upcoming projects—a lot of it happening virtually and via social media—as well as how they will get to actually see the finished product.

“All of these different stages and processes are constantly evolving because, while we all love television series and movies, the number one goal is to be safe, both for us who are creating the content and for those who are consuming it.

“I think this time has forced us to learn how to do more with less and still make the intended impact. That’s the beauty of the human spirit, isn’t it? We adapt and we find ways to continue to push forward.”

You’ve played some of the most powerful Black women of the twentieth century—Rosa Parks, Betty Shabazz, Tina Turner. Who else would you like to play? What would be your dream role?

“I have had the great privilege of portraying strong Black women in my career. These women have powerful stories to tell, and my hope is that Hollywood will continue to shine a light on these important women who have shaped history.

“One role that I would still love to play takes us back farther in time: Queen Nefertiti of the 18th dynasty of ancient Egypt. The legend of her power, intellect, and beauty really draws me to her story, and I would love to explore that on the screen.”

You’re an ambassador for the American Heart Association and American Diabetes Association’s Know Diabetes by Heart campaign, which is a cause very close to your heart. Can you share a little about your family’s experience with type 2 diabetes?

“My mother had type 2 diabetes. While she was living with and going through that, I didn’t know about the strong connection between type 2 diabetes and heart disease; I just worked to try to make her comfortable and manage the day-to-day.

“Perhaps if I had known that people living with diabetes are twice as likely to develop and die from cardiovascular disease, we could have asked her doctor different questions and been more diligent in helping her manage the risk to the complication that would eventually claim her life. My mother made her transition because of heart failure resulting from her type 2 diabetes.

“My uncle is also trying his best to manage a type 2 diagnosis through exercise and eating healthy.”

“I’ve been making time to exercise in between filming projects, de-stress as much as possible during these hectic times, and keep my diet as clean as [I] can to look and feel my best. In short—I try to eat right, eat clean, and eat healthy, nutritious food, and I’m hoping to come out of this pandemic a little stronger and a little better.”

What wellness practices have you adopted or changed as focus has shifted inward and so many of us have spent so much more time at home and indoors?

“A huge part of wellness for me is giving your body that movement every day, so I try to be as conscientious as possible. Of course, it’s still an effort, especially with extraordinarily long, 16- to 17-hour workdays, but movement is so important to me.”

How are you finding joy this year through it all?

“Going outside to move and to get fresh air has also been a huge source of joy. Although I try to mix up my routine with high-intensity interval training and speed walking, there is no reason for you to get too fussy about your workout—a simple stroll outside can do wonders!”

“On a typical day, I use a cleanser, hyaluronic serum, light cream, and eye cream on my face—and I always put on coconut oil all over my body! Also, I don’t wear makeup when I’m not working.”