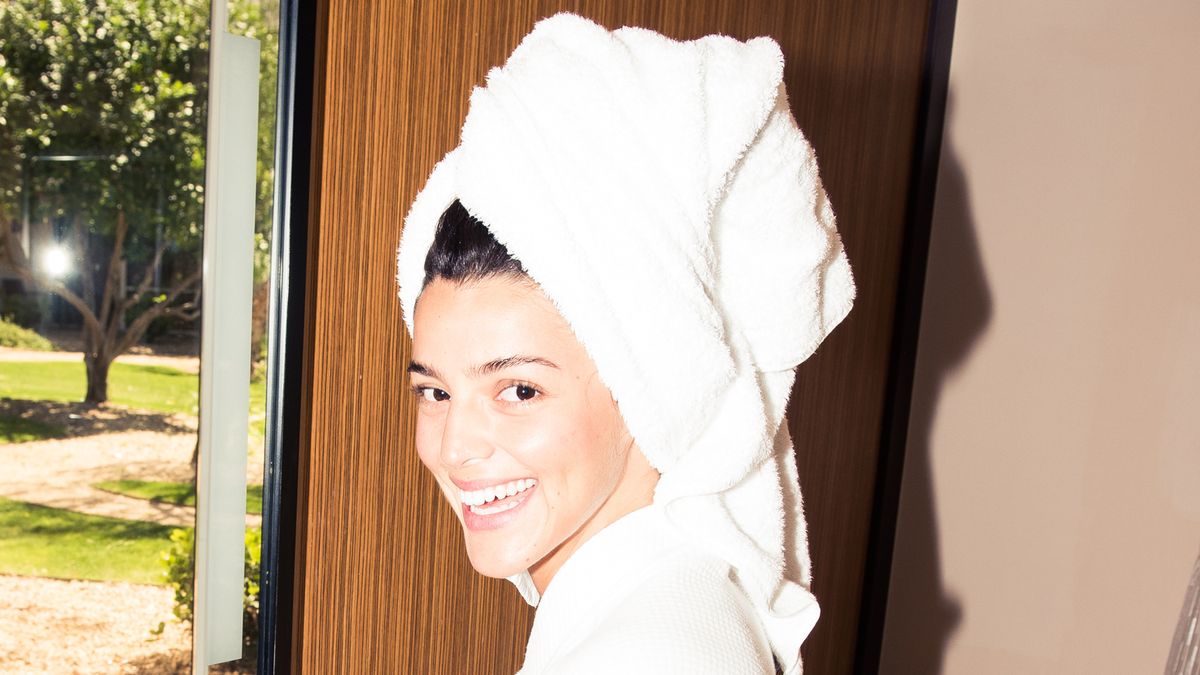 The Beginner’s Guide to Retinoids & Your Skin

Retinol, retinal, retinyl esters—here’s everything you need to know.

Retinol, tazarotene, retinoic acid, adapalene, pure retinol… If you’ve ever searched for the much-touted holy grail skin-care ingredient, you’ve probably encountered a number of these similar terms. Even beauty editors need a refresher to keep all the different forms of retinoids straight, so if you’re feeling a little lost, it’s 100 percent understandable. And if you’re trying to figure out which ingredient will encourage cell turnover, treat your acne, soften fine lines, promote collagen production, and/or leave you looking like someone who sleeps eight-plus hours a night and drinks nothing but water, minus the harsh side effects, you’ll realize it’s a challenge. So in the spirit of helping your skin look its absolute best, let’s have a little refresher course on retinoids, shall we?

The umbrella of retinoids all fall within the same category of vitamin A derivatives and can be classified (for the most part) under the four core categories: retinyl esters, retinol, retinaldehyde, and retinoic acid. Some are naturally occurring in the body, while others are pharmaceutical formulations. A few are only available via a doctor’s prescription, while others are sitting on your local beauty supplier’s shelf, waiting for you to buy them. They vary in function and strength, which is great for consumers (since we can find the one that is best suited for our skin) but can make brands focus more on popular buzzwords rather than ideal formulation.

Tyler Gaul, one of two founders of skin-care brand Protocol, says of retinoids’ function, “All of these forms of retinoids seek to activate the three retinoic acid receptors (alpha, beta, gamma), each of which plays a different role in vital skin processes and behaviors, ranging from exfoliation, oil production, cell turnover, pigmentation, and collagen production.”

Read on for more information on the hierarchy of retinoids.

You might have heard that any and all forms of retinoids are harsh on the skin, and while that largely depends on the product’s potency and formulation, there are certain vitamin A derivatives that are stronger than others. The least irritating are retinyl esters, like the widely used retinyl propionate, which, as board-certified dermatologist Dr. Joshua Zeichner explains, “are the most stable and most gentle forms of retinol.”
However, all forms of retinol need to be converted into retinoic acid on the skin in order to see any results (like a reduction in fine lines and acne, cell renewal, etc.). The more steps there are in that process, the weaker the topical ingredient is, and the results you will see are lesser. Although, on the other hand, you’ll also experience fewer unwanted side effects, like redness, peeling, and dry skin.
Compared to retinol and retinal (more on those soon), retinyl palmitate has two steps in order to convert into the required retinoic acid, which is why it’s arguably the least effective option on the market (or at least takes the longest to see the results of the formula). But that also means, as Dr. Zeichner explains, “it is so mild and can be used even if you have sensitive skin.”

Arguably the most visible retinoid on the market, retinol is also naturally occurring in the body and is the most well-studied topical option. Says Dr. Joshua Zeichner, “[Retinol] is also highly unstable in UV light in most formulas,” which is why the manner in which your product was formulated and packaged is crucial to ensure its efficacy. The delivery system once the bottle or jar is on your shelf will also determine how long it lasts, meaning if the formula is exposed to light and air, it will lose potency more rapidly than an airtight pump (depending on what kinds of preservatives it contains). However, retinol can also be formulated as a cream, a foam, a gel, or a serum, among other options, which can affect how it interacts with your skin. Reminder: It’s wise to only use one form of retinol at a time, rather than, say, washing your face with a retinol-laden cleanser and following with a retinol serum and cream.

This might be one of the trickiest terms to differentiate in the skin-care market, since at first glance it looks like “retinol” but with a spelling error. But, in fact, retinal is simply a rebranding of retinaldehyde. As Gaul explains, “Both retinol and retinal need to evolve into retinoic acid before they can activate the three retinoic acid receptors. Enzymes in your skin naturally act on these forms to initiate those evolutions and convert them into the next form.”
Retinal is one step further along in the conversion process of retinoids on your skin (with the final goal being retinoic acid), ahead of retinol and retinyl palmitate, which means it’s chemically more powerful.
At this point you might be wondering, why not just use retinoic acid, aka the well-known Accutane or tretinoin? As we’ll discuss shortly, those retinoids are exceptionally strong, so if you want to avoid side effects like dryness and irritation but still see significant improvements in your skin, retinal might be the way to go. Says Gaul, “In head-to-head clinical trials, retinal shows nearly identical clinical effectiveness to retinoic acid in all the areas that matter (wrinkle reduction, turnover rate, oil control) but without any of the unwanted effects. Clinicians had a hard time even getting people to complete the retinoic acid studies, while 100 percent of retinal subjects completed without irritation.”
However, the FDA still classifies this molecule under the non-pharmaceutical category, which means there is little, if any, regulatory oversight for it. “A company could legally put a single degraded molecule of it in a serum and call it retinal serum,” says Gaul, who formulates Protocol’s popular Oxidated Retinol (aka retinal) serum in a UV-free lab that is also used by NASA, since the fragile ingredient quickly deteriorates when exposed to light or air.

Ever heard of Accutane? Well, that falls into this category of retinoids. In its prescription form, retinoic acid is known as tretinoin (or trans retinoic acid), which is “the biologically active form of retinol in the skin,” says Dr. Zeichner. “Retinol, retinaldehyde, and retinyl esters are all converted into retinoic acid on the skin.” If you aren’t seeing the acne-clearing or skin-renewing results you want from your over-the-counter products, it might be time to ask your dermatologist or plastic surgeon about this stronger option. But as Dr. Zeichner explains, “Tretinoin is more potent than over-the-counter products because it does not need to be converted to be active.” As such, you might also experience more dryness, peeling, and irritation as your skin gets accustomed to such a strong active ingredient.

Gaul also explains that since tretinoin is a pure retinoic acid, “it activates all three retinoic acid receptors and to the greatest degree, making it generally the most powerful therapeutic agent overall.” So whether you’re targeting anti-aging concerns or acne, you can consider this the most powerful (and sometimes poorly tolerated) option available to you.

Not a fan of the harsh side effects of isotretinoin and its skin-care cousins? Then it might be wise to try a synthetic retinoid derivative like adapalene. Says Gaul, “[This option] is thought to only activate the beta and gamma retinoic acid receptors and thus [is] focused on key issues like psoriasis, keratosis pilaris, and mild acne. [It’s] also more easily tolerated. There are also a few limited studies regarding efficacy for photodamage or wrinkling reduction, though this is not generally the primary focus.”
Dr. Zeichner cites adapalene’s better light stability and lessened skin irritation as the top reasons to explore the ingredient as opposed to retinoic acid—plus, it’s available over the counter (although we’d still recommend chatting with your doctor to discuss how to use it most effectively).

Another synthetic form of vitamin A, tazarotene is a retinoid analog “that binds to specific retinoid receptors found in the skin,” says Dr. Zeichner. “It has long been considered to be one of the most powerful retinoids, but also the most potentially irritating.” This is another prescription-only product that is often used to treat acne, fine lines, certain types of dark spots, and psoriasis. According to Gaul, tazarotene only activates the beta and gamma retinoic acid receptors (similar to adapalene), which means it may not be as effective at treating severe acne (as compared to tretinoin), but for mild to moderate acne, keratosis pilaris, and psoriasis, it can be a useful option to have in your skin-care arsenal.

This plant-based, vegan ingredient is everywhere right now, and although it isn’t chemically related to retinol (or derived from vitamin A), it delivers similar results for your skin. “Bakuchiol is a meroterpene phenol, which doesn’t look like retinol from a chemical structure standpoint, but functions in the skin similarly,” says Sandy Skotnicki, board-certified dermatologist. “Essentially, it binds to retinol receptors in the skin and has similar effects.”
Bakuchiol also has powerful anti-bacterial properties, which are useful in treating acne breakouts, and also helps to regulate your cells’ mitochondria and prevent oxidative stress, which can lead to signs of aging. If you’re in the market for a much gentler product to treat and repair your skin, this might be one of your best options.

Heads Up: You Might Be Breaking This Major Face-Cleansing Rule
Why Fermented Skin-Care Products Are a Must for Nourished, Glowy Skin
This Surprising Product Combo Might Be the Secret to Brighter, Smoother Skin
Part of the series: