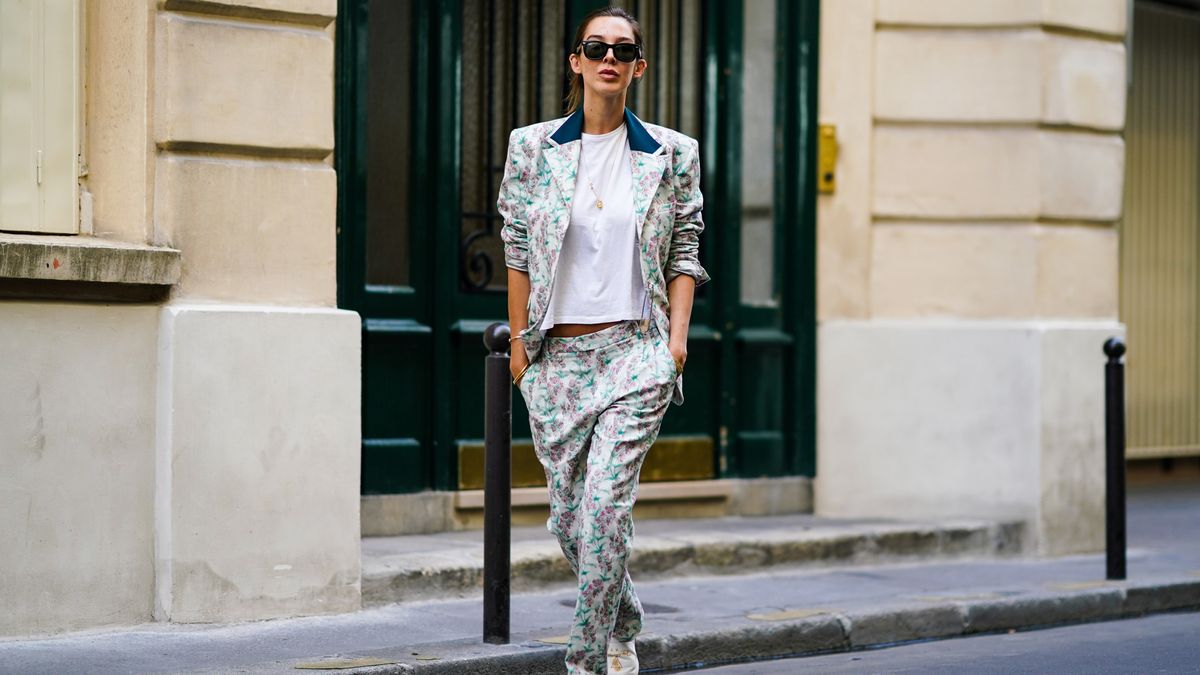 What Does Power Dressing Look Like for the Next Generation?

Better yet, how can you find power in fashion?

Camille Freestone
For decades, “power dressing” was a phrase used to describe a certain look that women wore to feel just that, powerful. This wording typically denotes a suit ideated after menswear, with broad shoulders and a slim fit. For years that image proliferated as women forced their way into the workplace. But does the notion still apply?

It’s 2020 and the world functions very differently than it did 40, 30, even 20 years ago. The next generation no longer sees a suit as the ultimate symbol of status, and with the explosion of social media, anyone can hold court from their bedroom just as well as from the office. The concept of power has changed, so shouldn’t the concept of power dressing, as well?

This past year, three FIT students were commissioned to redesign the iconic Girl Scouts uniform, which hadn’t had a refresh in 20 years. When the Girl Scouts came to meet with the designers at FIT, many didn’t even wear the uniform because they didn’t want to be seen in it. This was the fear the designers strove to replace with confidence through clothing.

When reconceptualizing the uniform, they stuck to the integrity of the iconic pieces, swapping original fabrics for more comfortable renditions and adding utilitarian functionality. A pocket was added to the sash. Elastic was inserted into waist bands. The young designers wanted “to really allow the girls to have the clothes be useful but also be cool,” says designer Melissa Posner (24), and lest we forget the power of a pocket for any woman.

Fashion has to serve its wearer, otherwise what’s the point? As the general population has shifted to working from home, our clothing choices have naturally reflected that. Athleisure sales spiked, while formalwear was moved to the backs of our closets. The same thought process was reflected in the Girl Scout uniforms. As trends pushed forward, the uniforms failed to adapt and no longer benefited the girls.

Despite the utilitarian nature of the pieces, the young designers also wanted to inject some style into the extra pieces that could be mixed, matched, and even worn with the Girl Scouts’ own closets. Those pieces ranged from shirt dresses to modern cargo pants. “We really wanted to focus on individuality and having the uniform, but allowing the girls to make it their own and express their own style while still showing their affiliation to the Girl Scouts,” says Nidhi Bhasin (24).

When asked what the concept of power dressing looks like for this new generation, the three designers all agreed that while comfort and practicality are extremely important, the concept of individuality is key. “It’s not like the 1950s, where everybody wears the same dress. I think it’s very empowering to have a personalization factor,” explains Jenny Feng (22).

This sentiment ranges from young girls on the way to a Girl Scout meeting to those for whom fashion is part of the job description. Wardrobe stylist Kyle Luu dresses powerful icons who know no boundaries with fashion, including Solange Knowles and Lizzo Beating, and she uses that same framework for these clients.

Even with stars that already exude power and strength, it’s still important to find clothing that makes the wearer feel good about themselves. She uses fashion as what she calls a transformative tool to elevate both mood and confidence by ensuring that the clothing fits the person, both physically and literally. “I find people always feel their best when they feel authentic,” she explains.

Photo: Getty
“Power dressing in 2020 is wearing whatever you want and not apologizing for it,” Luu puts it simply. Just look at Solange at the Met Gala or Lizzo on her Allure cover, and this message is at its strongest. These women are who they are, and your opinion can’t bother them.

What you wear is the first thing people see about you, and sometimes the only thing. As Luu understands, that can be used to your advantage as a way to send a message. The next generation has embraced fashion as a medium instead of being afraid of it.

Sometimes the communication is blatant. Actresses wearing all black to the Golden Globes to stand in solidarity with the #MeToo movement. Anything emblazoned with a rainbow for LGBTQ+ rights, or the abundance of “VOTE” merch that is both anywhere and everywhere.

Photo: Luke Gilford
Sometimes it’s more subtle. In a recent project with Razr where Luu dressed Julia Garner, the stylist can break down every minutia of the look. “I styled Julia’s character to send a message of confidence, amplifying her bold and unapologetic personality through eye-catching looks in bright colors that stood out against the neutral environments in the film,” she says. One of the looks, a purple dress, “signifies going against the grain and breaking all the social norms.” This is an ad campaign, so you’ve got to use the clothes to sell the idea. Luu creates a character full of confidence and allure with just her fashion choices alone.

When Alexandria Ocasio-Cortez was sworn in as the youngest-ever congresswoman, she wore all white to honor the suffragettes. Not only that, but she also sported red lipstick inspired by Sonia Sotomayor and even added a pair of hoops so that the “next time someone tells Bronx girls to take off their hoops, they can just say they’re dressing like a congresswoman.” Unlike many politicians who run the opposite direction, Ocasio-Cortez has harnessed the power of fashion and is using it to her advantage.

Photo: Getty
Ocasio-Cortez was sighted this past August carrying a Telfar Shopping Bag, often dubbed “The Bushwick Birkin.” Telfar Clemens is a designer whose ethos aligns with AOC’s progressive, boundary-pushing mentality, not to mention he’s in her district. This was no fashionable coincidence.

The butting heads of fashion and politics commonly stir up controversy. As an election looms, renowned fashion journalists come under fire, as they always do, for covering the fashion of it all, especially with regard to women. This year Vanessa Friedman was quick to speak up, defending the coverage in an article dubbed Why We Cover What Politicians Wear.

In the story, Friedman states that to not comment on a female politician’s fashion choices “is to fail to give her the credit she deserves for using every tool available to her to influence and shape opinion, the more effectively to further the executive agenda.” These women understand that their clothes should serve them, whether that be in form or in function.

The key here is that power dressing doesn’t look like one certain thing anymore. Power dressing is using clothing to feel empowered, and that is different for each individual.

The Issue of Representation of Black Bodies in Fashion
What Will Fashion Look Like After the Pandemic?
Who Do We Actually Get Dressed For?
More From the series Fashion