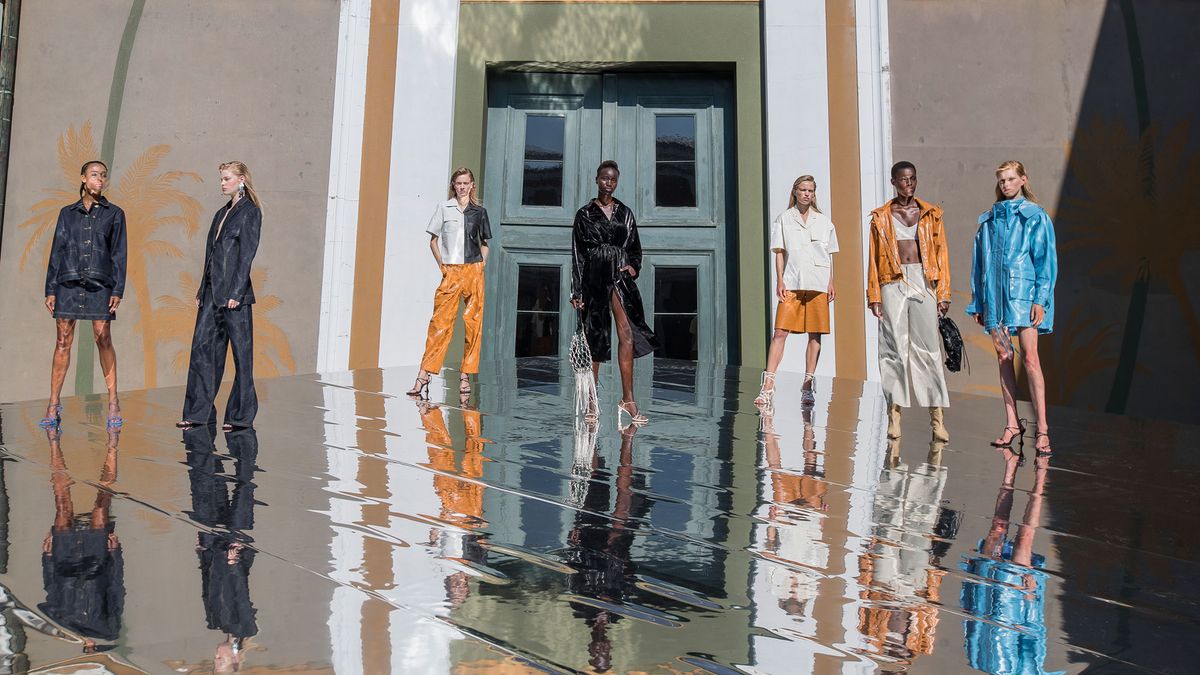 How Fashion Weeks Around the World Are Adapting

From digital to in-person and everything in between.

Camille Freestone
Despite conjecture from many news outlets and brands alike, the concept of fashion week still remains a huge question mark. Many labels are using this enforced social hiatus to rethink their own position in the fashion system, whether that means slowing down their rates of production or forgoing the show process in general. Aside from the typical fashion month heavy hitters (New York, London, Milan, Paris) whose shows inch closer and closer, many other countries have started to host fashion weeks that deviate from the typical format. We decided to investigate their takes to see how things are evolving and if there was anything to glean from these pivots.

For Helsinki Fashion Week, one that has had sustainability at the forefront since its launch, expanding into the digital platform is something they plan to continue doing long after things return to normal. They created a digital village where users could send in their own avatar to explore the collections. According to Evelyn Mora, the founder of HFW, “I don’t think we should connect sustainability or exploring digital tools to COVID-19. Finding new ways to exist in cyberspace and pushing to become more sustainable are topics that, regardless of the pandemic, should be embraced and implemented.”

A digital landscape like theirs is inclusive for all, not just industry elites. Mora noticed that their audience skewed towards the younger generation and also encompassed many who do not work in fashion, which is not often your typical makeup of an in-person fashion show.

“There are simply so many opportunities and potential in interdisciplinary collaborations digitally,” says Mora. She and her team had to actually hold back on some of the things they wanted to launch in order to keep the experience user-friendly for non-digital natives, hinting there may be many exciting things to come in the future.

Digital Fashion Week Environment Created by NDA Paris
Photo: Courtesy of Helsinki Fashion Week
The up-and-coming Tbilisi Fashion Week was supposed to launch a new Arts and Culture Center showcasing designers, photographers, and artists in an old Coca-Cola factory this past spring. “Creating this kind of platform is an opportunity for artists in every field to be discovered together and not to be dispersed around the country on their own unnoticed,” explains Sofia Tchkonia, founder and creative director of Tbilisi Fashion Week. They ended up canceling the program, at least for now.

In recent years, the event has garnered major press, counting Lisa Aiken of Moda and Chloe King of Bergdorf’s as attendees, but obviously travel may be hindered in the upcoming seasons.

“Hopefully, in November we will have the possibility to invite international guests to Tbilisi to our event and nothing will arise again,” says Tchkonia. “Our designers are waiting for the fashion week, and we are trying our best to support them as much as we can.”

Mr Larkin Dinner Event During Copenhagen Fashion Week
Photo: Courtesy of Mr Larkin
Copenhagen Fashion Week recently wrapped their shows in mid-August, exploring the new concept of a “phygital” fashion week, a combination of physical and digital aspects. Many brands held in-person shows with an audience of local residents and a few from surrounding countries with virtual showrooms and streaming opportunities for international audiences. Unlike in Shanghai, they were much more reluctant to let go of the in-person show.

“I find it hard to see that digital can entirely replace the emotional experience of seeing collections physically,” Cecilie Thorsmark told Forbes. “That said, this edition of Copenhagen Fashion Week does mark the kickoff of a new era where the digital presentation and distribution of shows obviously is more crucial than ever and likely will continue so.”

Casey Blond, founder of Copenhagen-based concept store Mr Larkin, which has its own private label, both attends the shows as a buyer and often hosts an event for her own store. This year she decided to host a small dinner in lieu of a large-scale in-person event. Larkin believes that the restrictions cut some of the hoopla often synonymous with fashion week these days. “I feel like CFW this season was much more focused on the actual presentation of the collections and less about the outside guests, which I hope continues so that designers and their creations get the accolades they deserve.”

For safety purposes, audiences were cut from hundreds to roughly 50 people. The responses to the event were mixed, but many have acknowledged the creative possibilities of pushing designers out of their comfort zones. “We’ve all had to quickly adapt to this rapid change in our world across industries, including fashion, so this season virtual showings made sense,” adds Larkin. “I’ve been impressed by how quickly brands have made it work and figured out ways to present their collections in such unique ways.”

Shanghai Fashion Week was the first fashion week to go fully digital back in late March. They used Alibaba’s service Tmall to conceptualize a whole new way of presenting shows.

“The organisers set up a green screen and use[d] augmented-reality technology to boost visual effects,” according to an article from the South China Morning Post. Many labels invoked a “see now, buy now” format that provides a harsh contrast to the multi-month delay audiences typically wait after a fashion show to have access to the clothes. Even if you couldn’t purchase immediately, audience members could pre-order the items via the platform.

Engagement aside, doing this completely eliminated the need for travel, cutting down heavily on the week’s carbon footprint, something many fashion weeks often come under fire for. Like Helsinki, Shanghai pushed itself to get creative within the digital sphere. For younger designers, this also cuts the cost in terms of the industry’s barriers to entry. However, you do lack that tangible, in-person experience of seeing the clothes with your own eye.

All of these different methods show us that there are obviously valid arguments on each side depending on what the country or the brand values most. It will be interesting to see where the rest of the world goes from here.