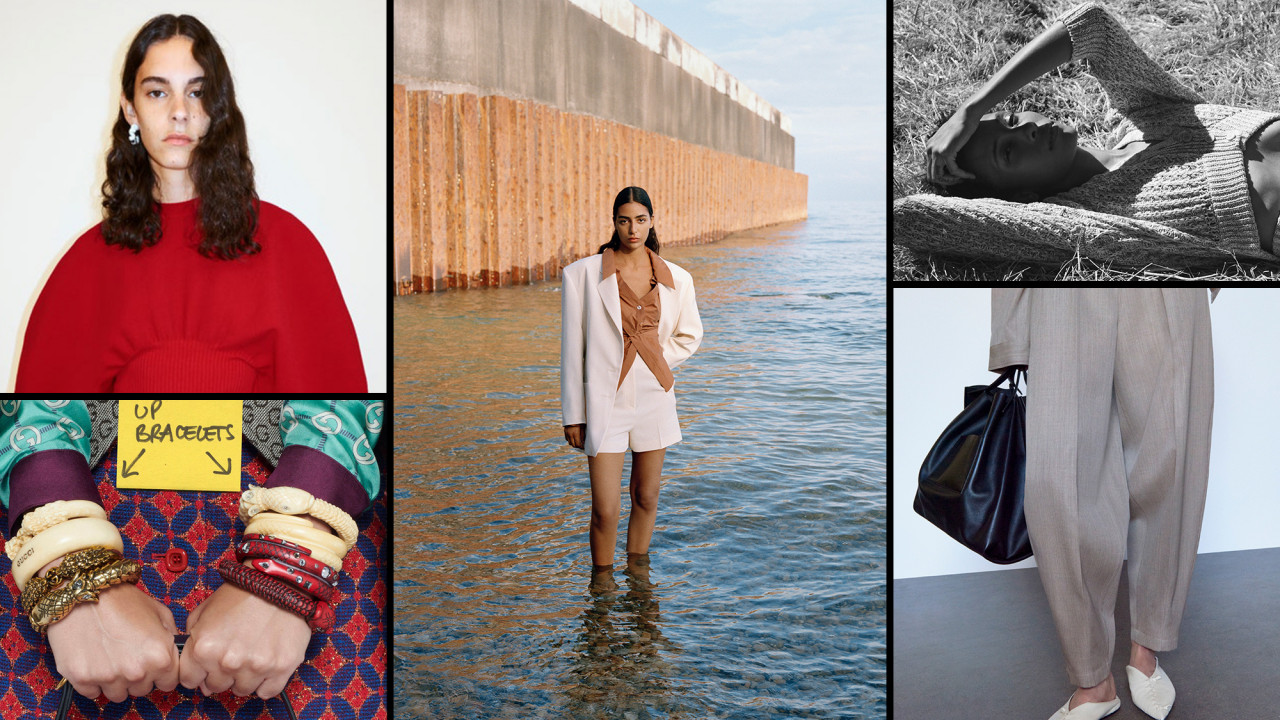 The emerging trends of the season follow one common theme.

After months of waiting, fashion is finally putting out something new again. The past few weeks have simultaneously seen the presentation of couture, menswear, and resort collections, and as the presentations were relegated to a virtual medium, the result was unlike anything we have ever seen before.

Designers have been put in a tough position. Resort collections that debut now will not hit stores until November—these are also brands with global reach, which presents a challenge as different countries across the world are all in very different positions. However, pared-back resources have driven many designers to embrace their own creativity. The process was “purified,” as Pierpaolo Paccioli at Valentino described it.

The overt collective message was the universal embrace of day wear. No secret here—we aren’t going anywhere anytime soon. Most collections proved that designers were very cognizant of the world’s current lifestyle change. Gowns were much less prevalent, and separates reigned supreme. Unlike many seasons prior, the trends followed a similar theme. Knitwear, denim, tailoring—all very practical and wearable additions to your closet. In no way does that mean the collections were boring, though—designers found ways to inject joy into pieces that just might fit into our daily routines. Minimalists will delight in this new era of fashion. 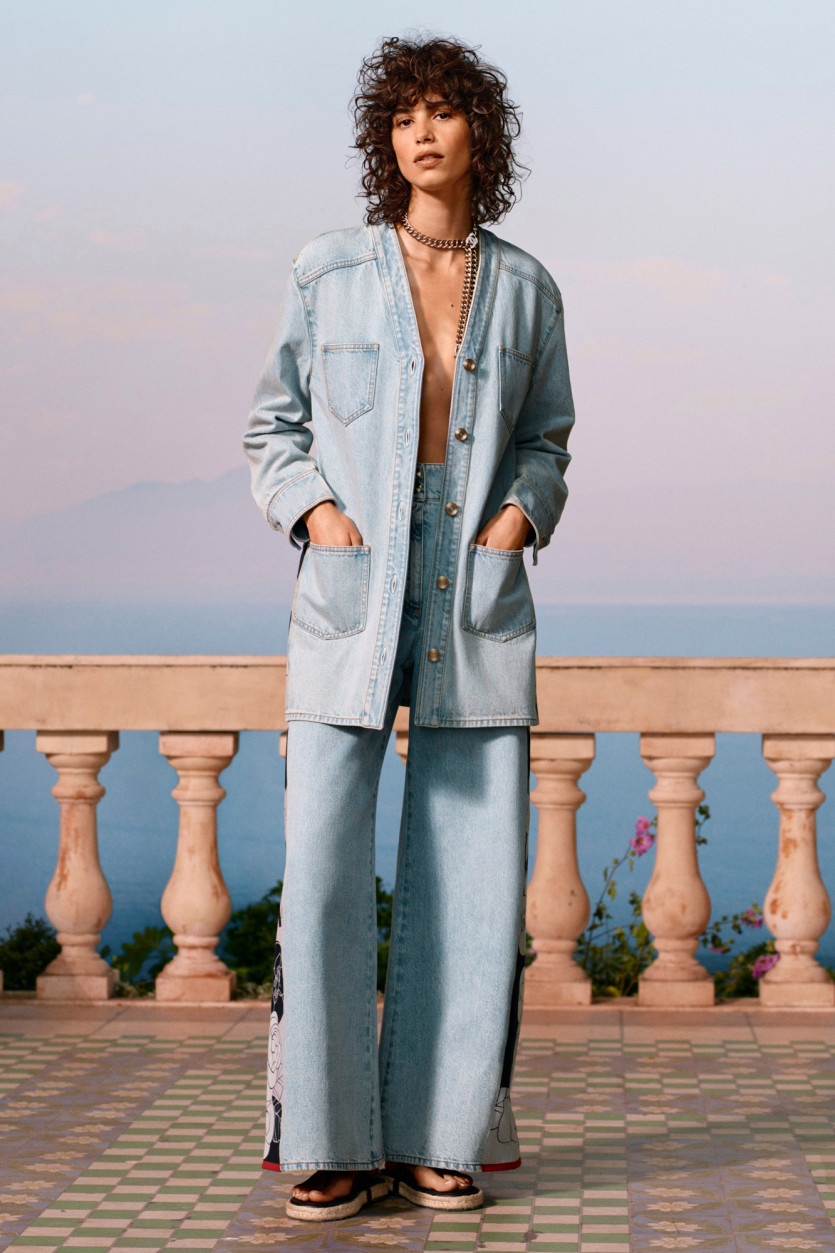 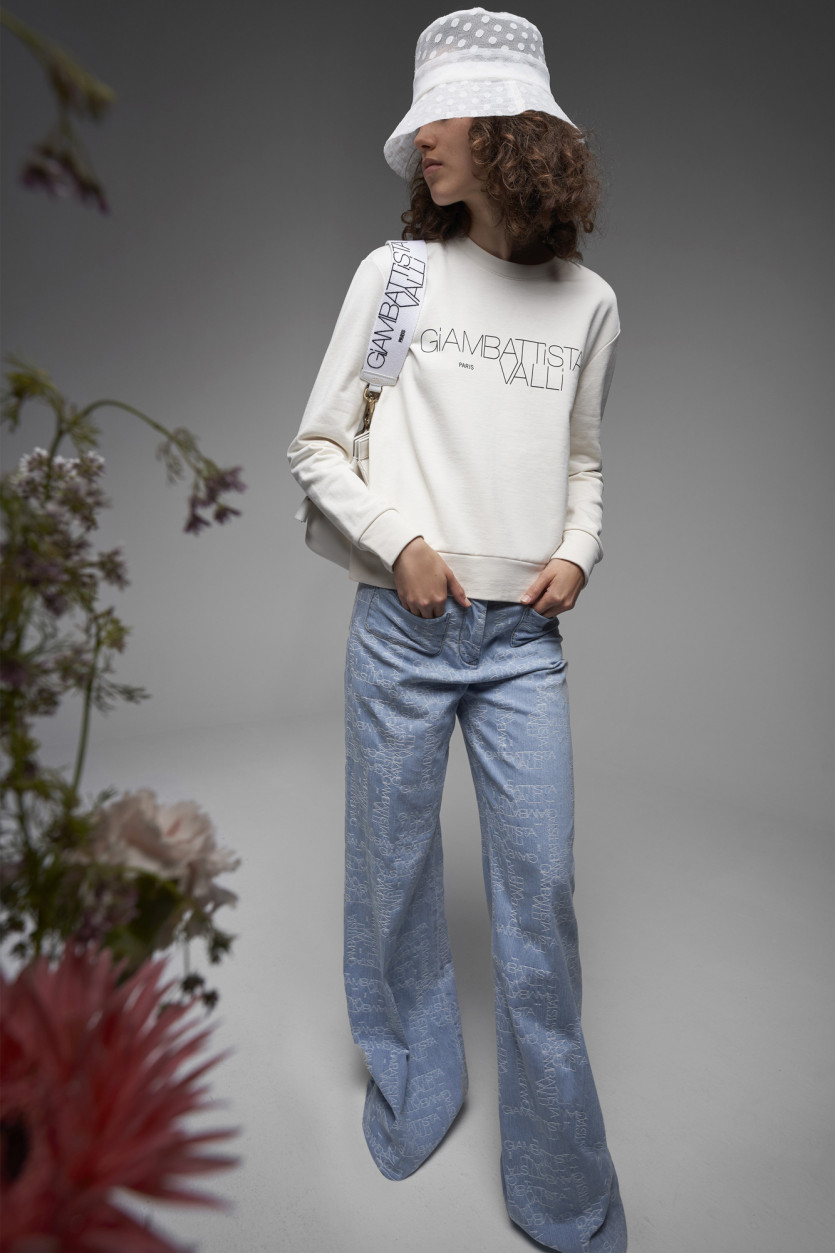 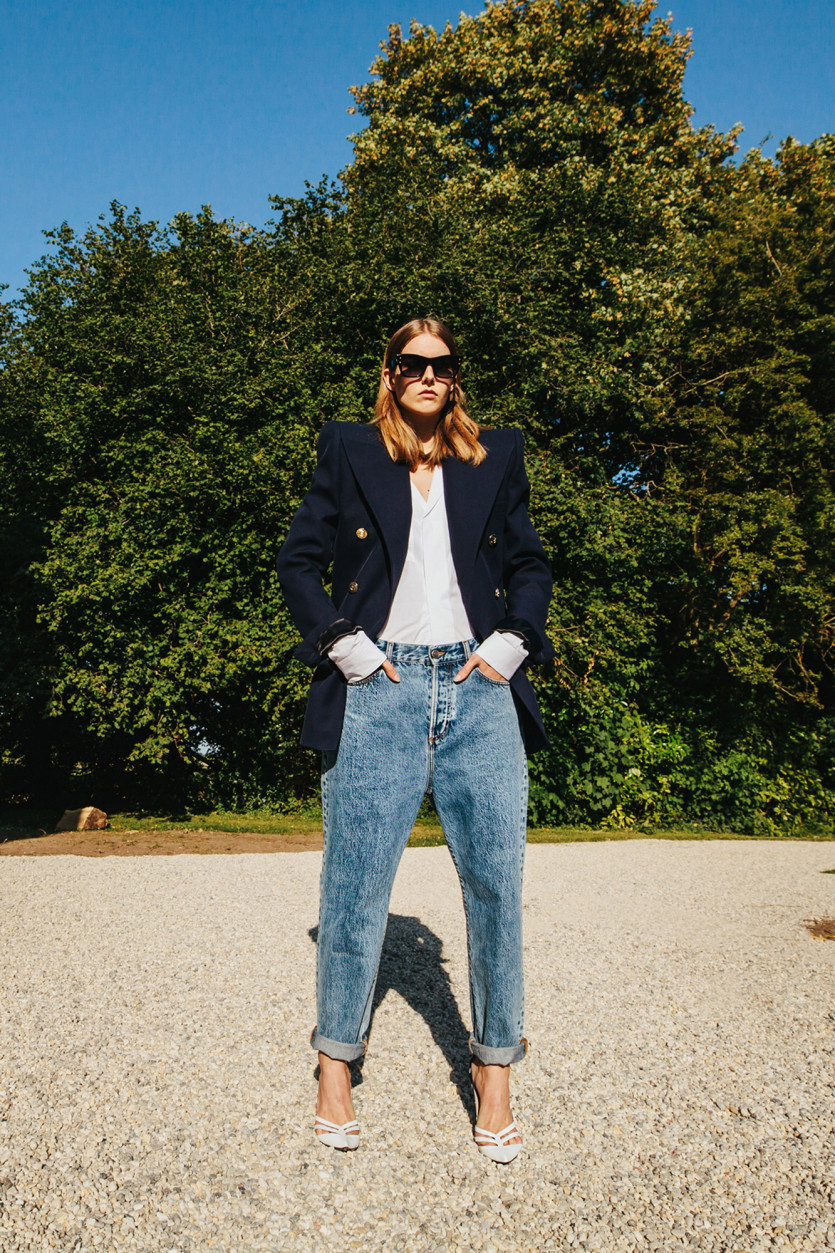 It is by no means an anomaly to see denim on the runway, but it is typically relegated to the cooler, street-wear-driven brands like Balenciaga and Isabel Marant. This season we saw it, or similar chambray fabrications, from brands like CHANEL, Carolina Herrera, and Giambattista Valli, all of whom are known for having a much more unified, formal vision. Designers who often feature the fabric (Balenciaga, Hellessy, etc.) are continuing to use it. 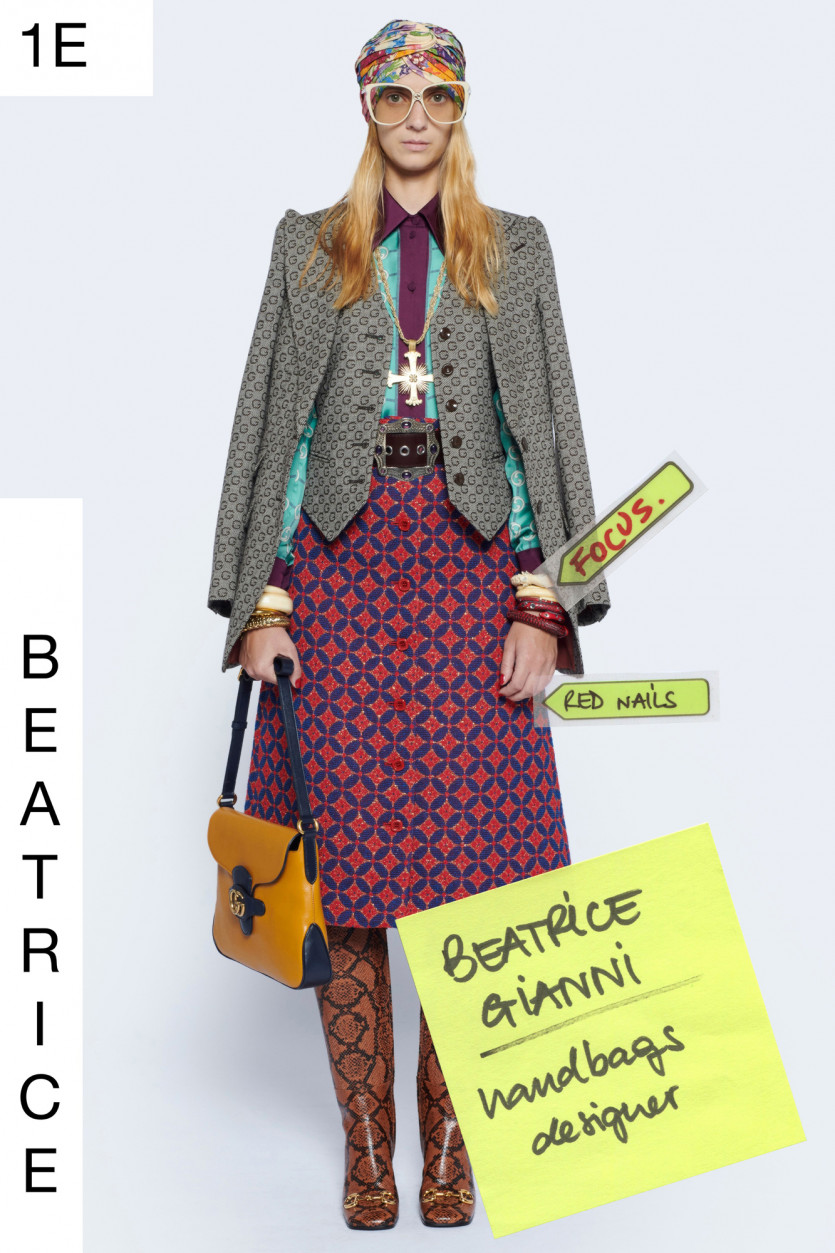 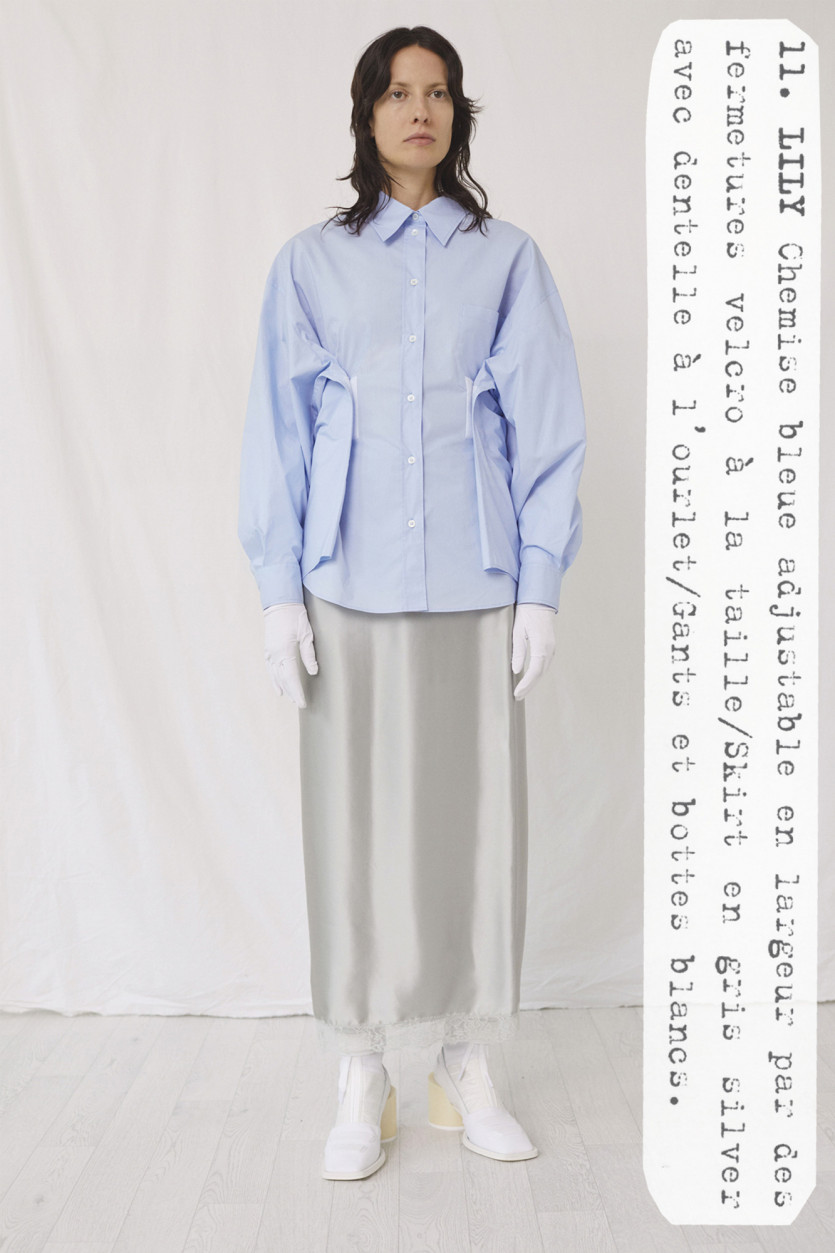 If you were to glance at one of these collections, like Gucci and Valentino, knowing nothing about the house behind them, I highly doubt simplicity would be the first word to pop into your mind. However, look back at the resort collections from years prior, and the collections seem extremely pared down. The eccentricities—formal gowns, headdresses, and more—have been stripped away to make way for casual and wearable separates, which makes sense. Designers have to sell, and who has the need for a ball gown right now? However, simplicity does not mean boring. 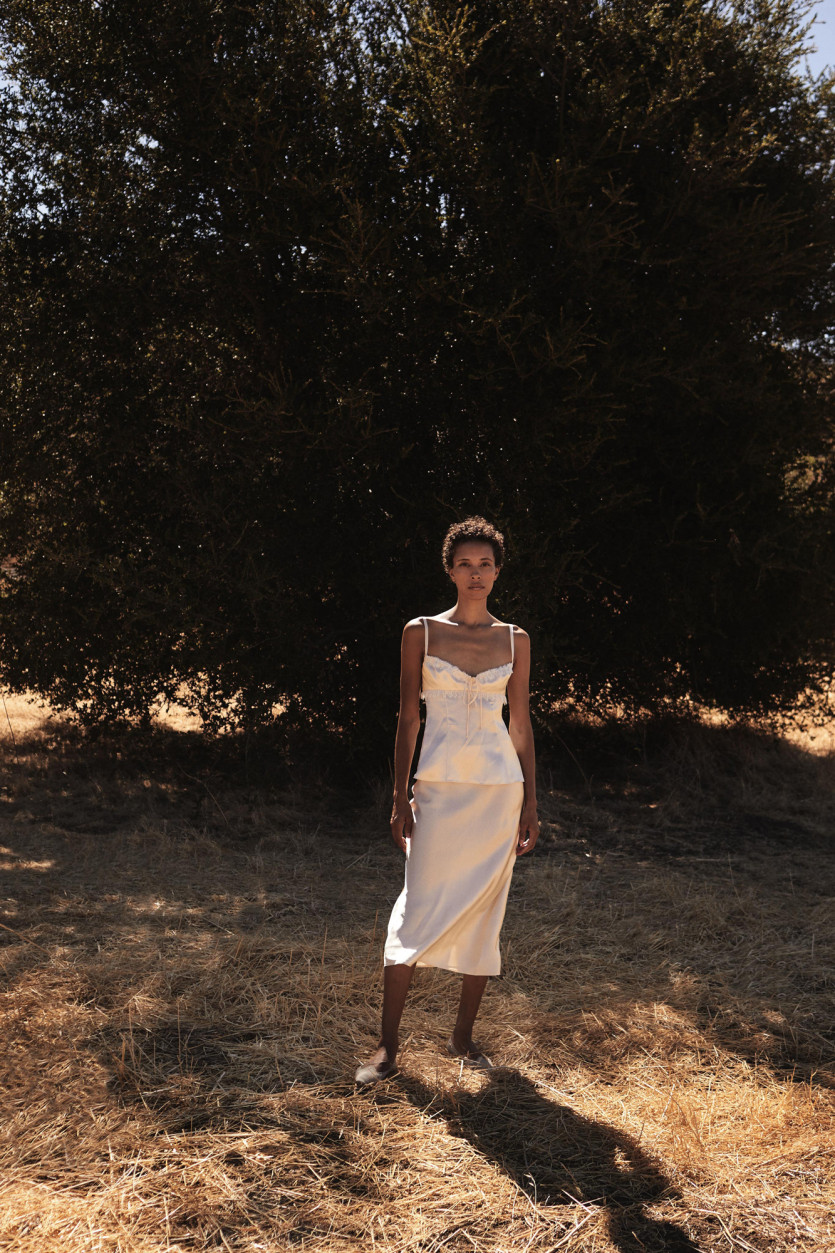 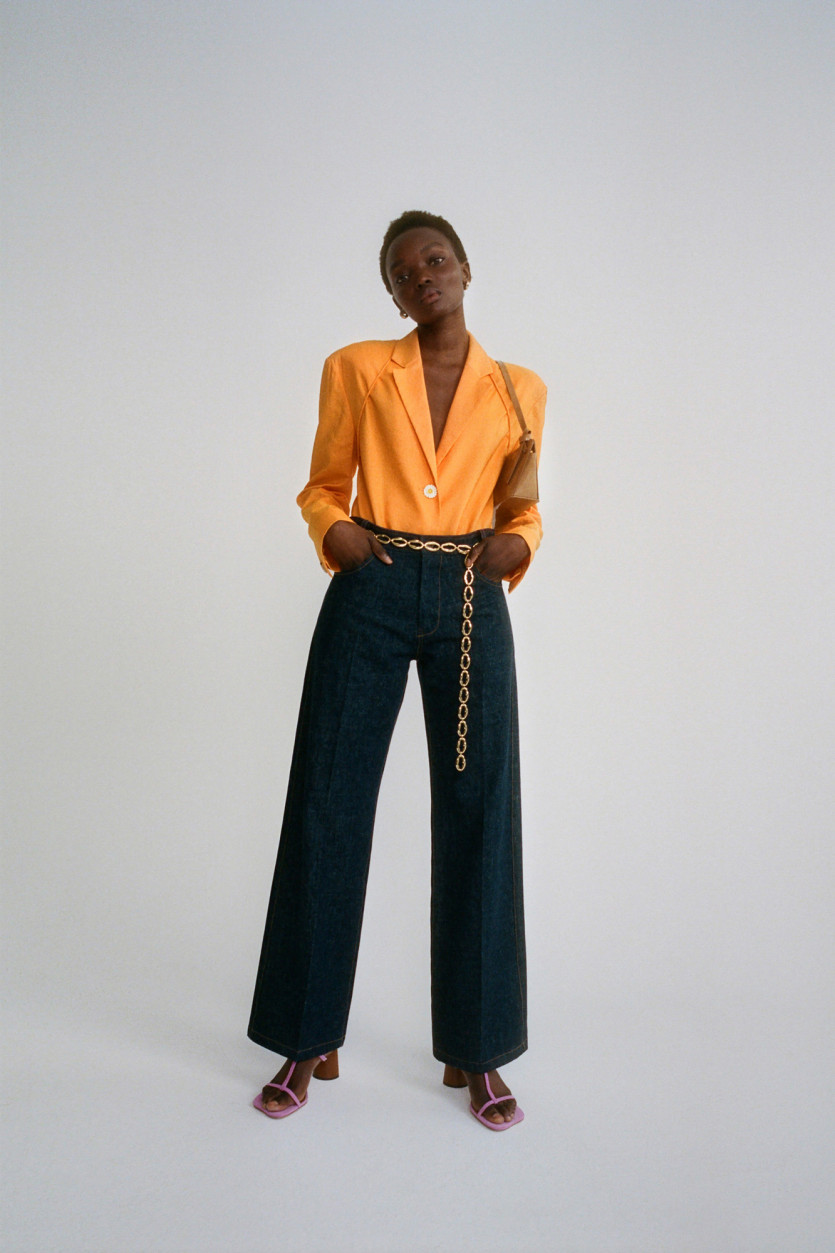 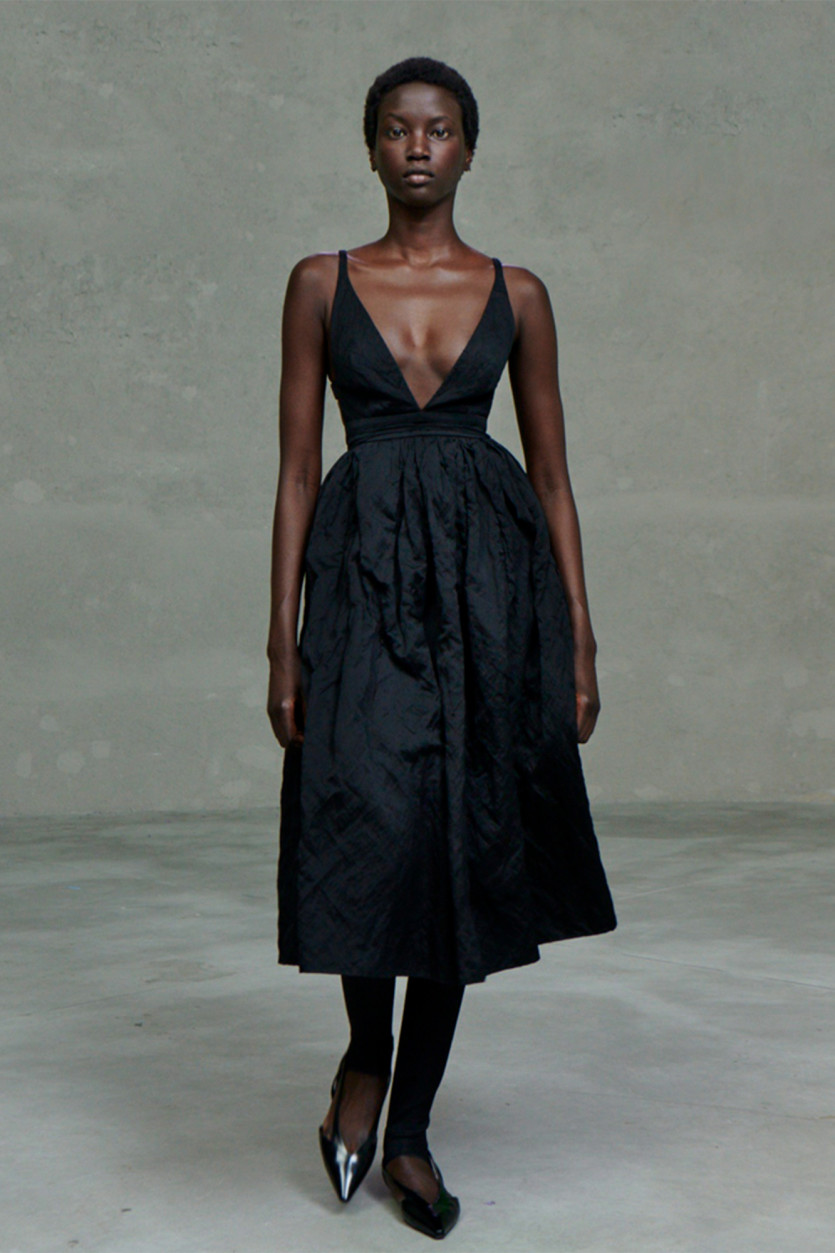 Many designers who are specifically known for their eccentric silhouettes and designs have pulled back. The result is much less volume and designs often rendered in muted, solid hues. Even Molly Goddard’s plush tulle confections have trimmed down to a fraction of the size. 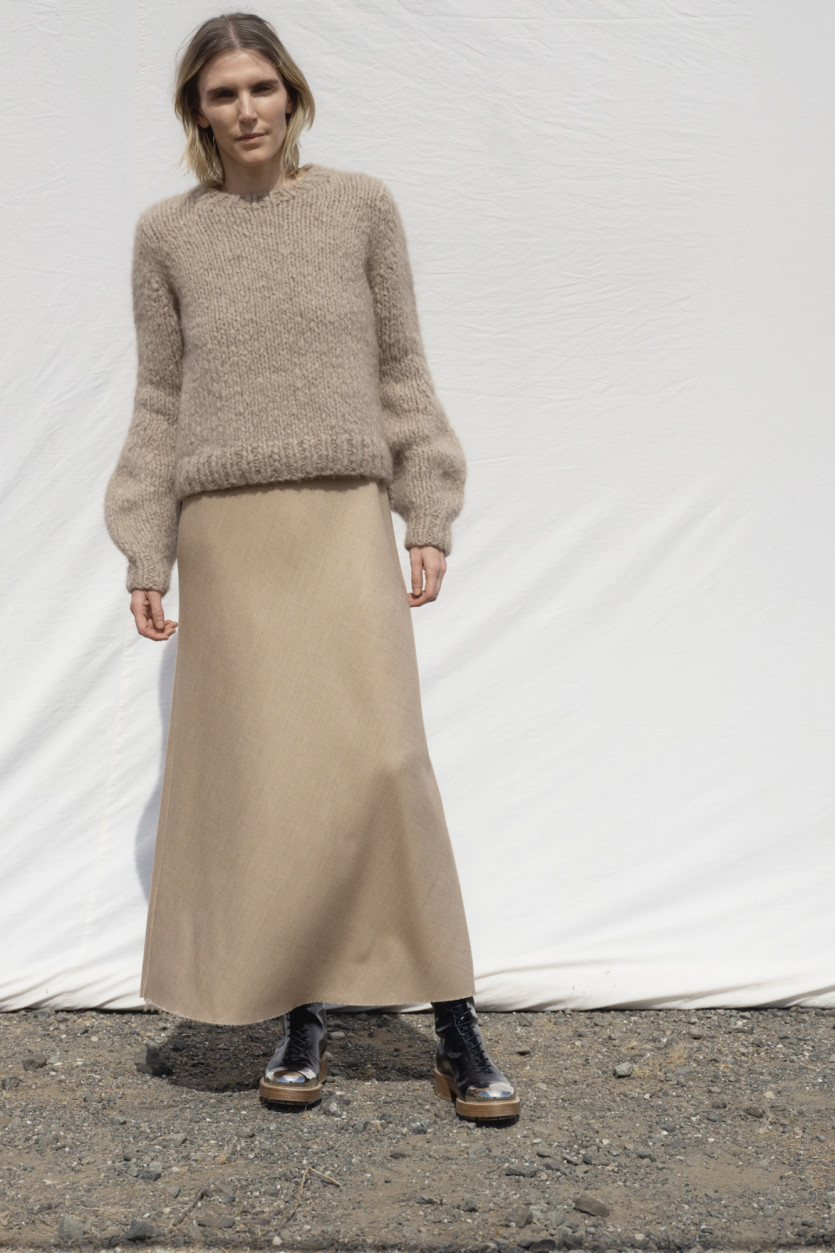 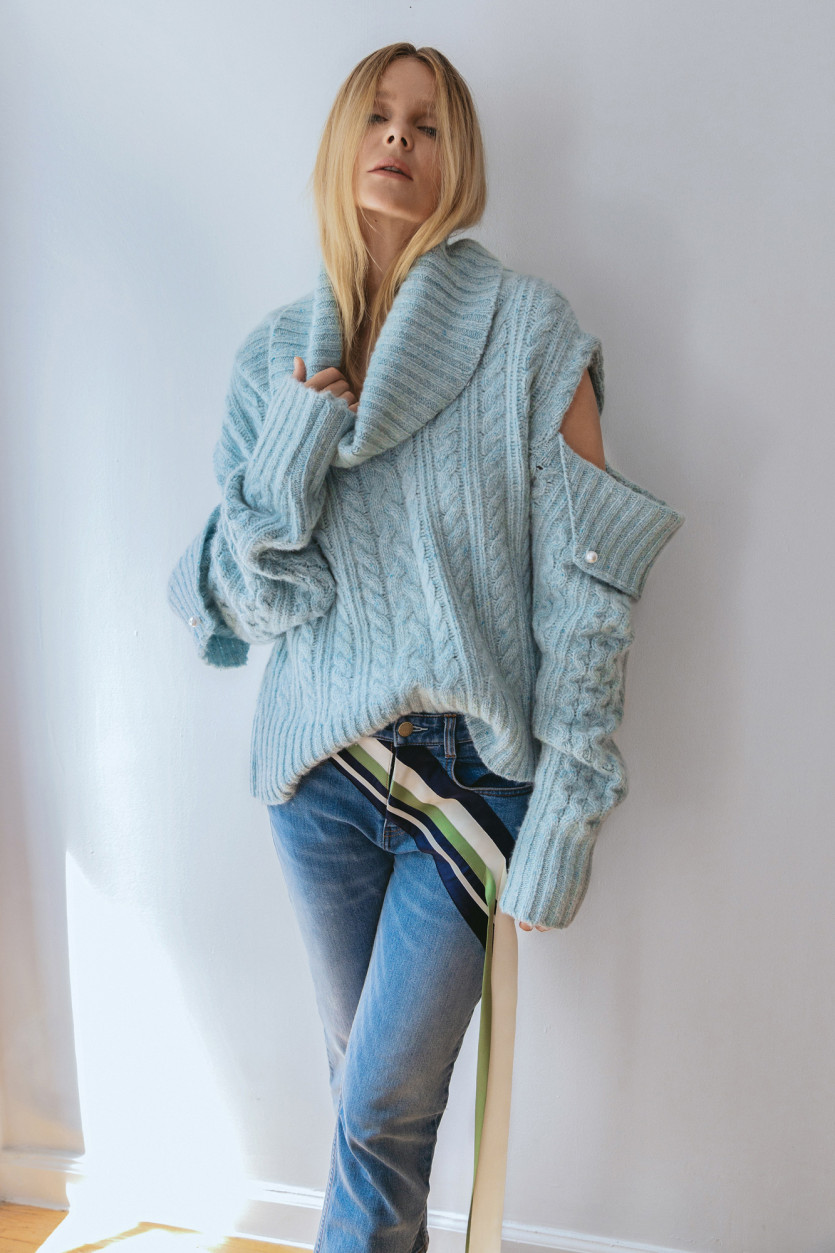 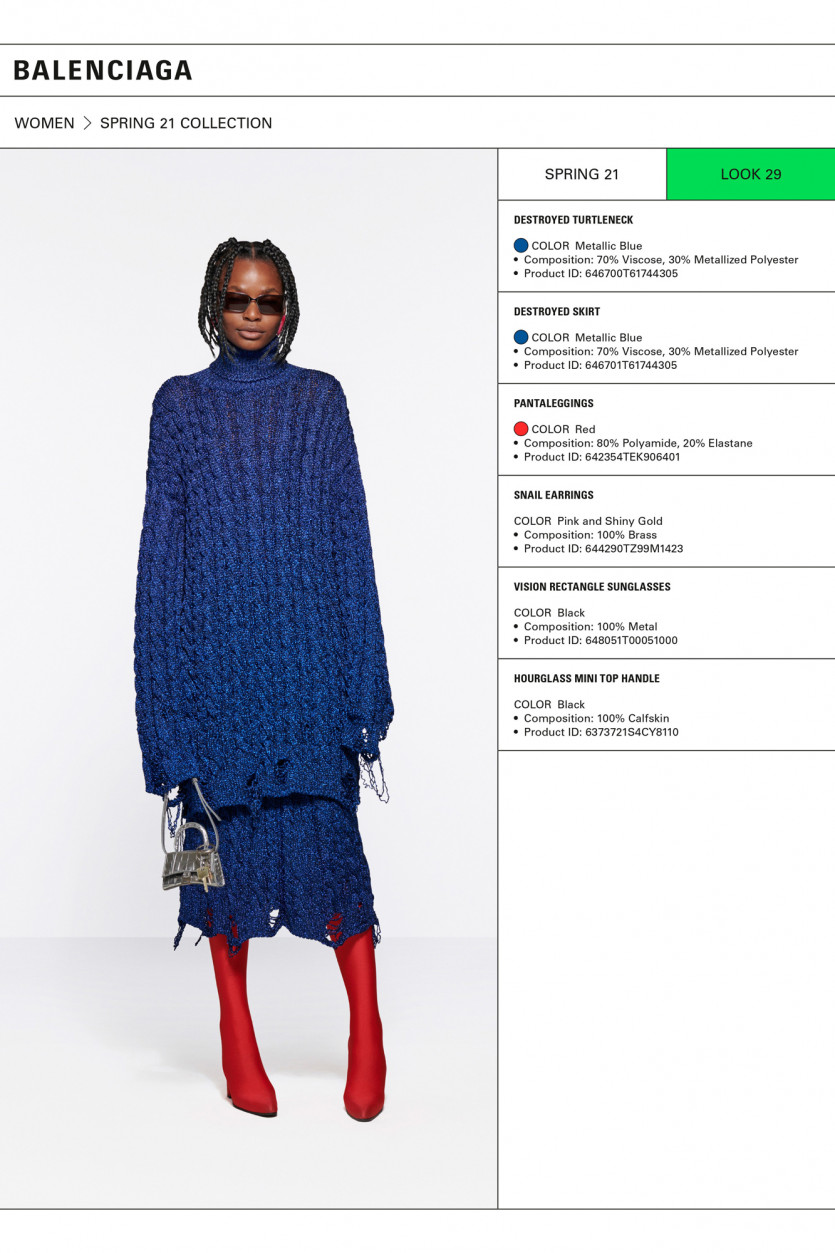 This one should be no surprise. If our current lifestyles persist and we end up spending the cooler months on our couches, then sweaters will likely be our tops of choice. Designers paired the objectively cozy material with contrasting materials like denim and silk. 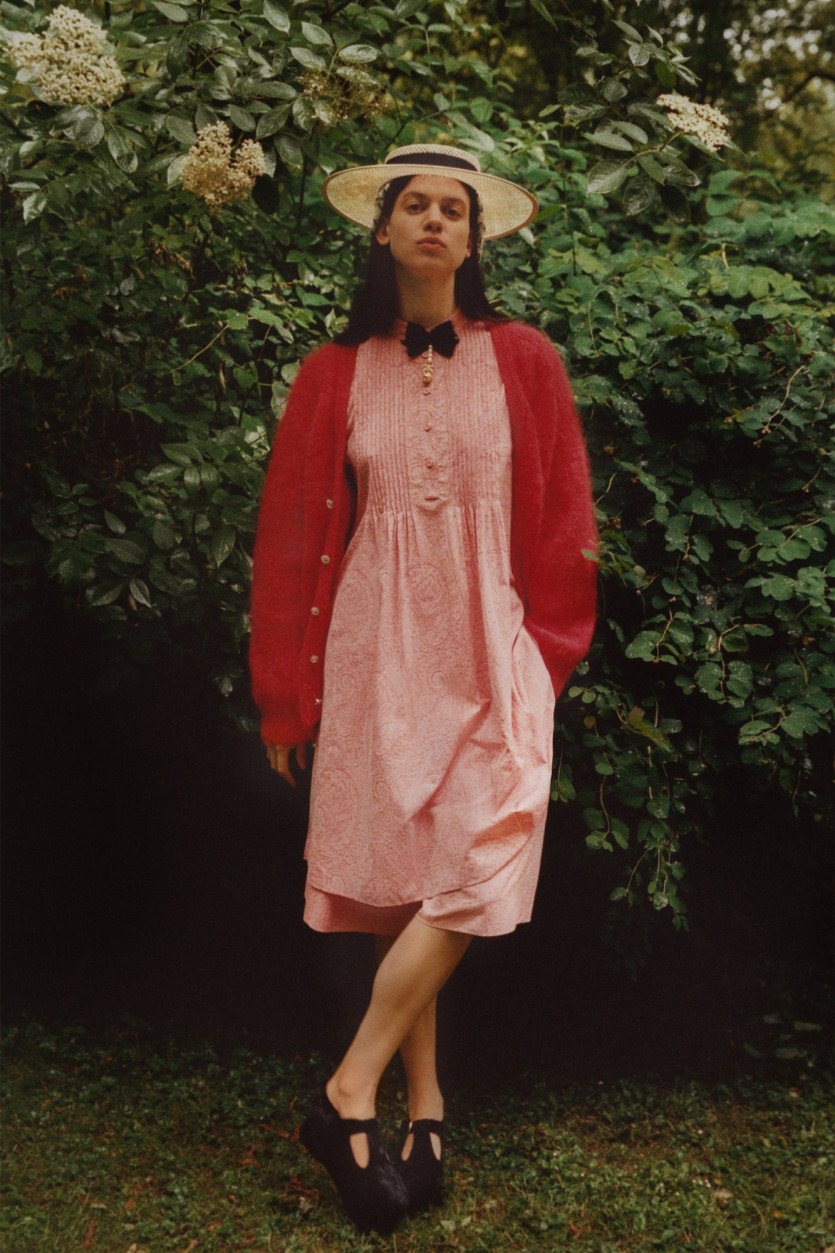 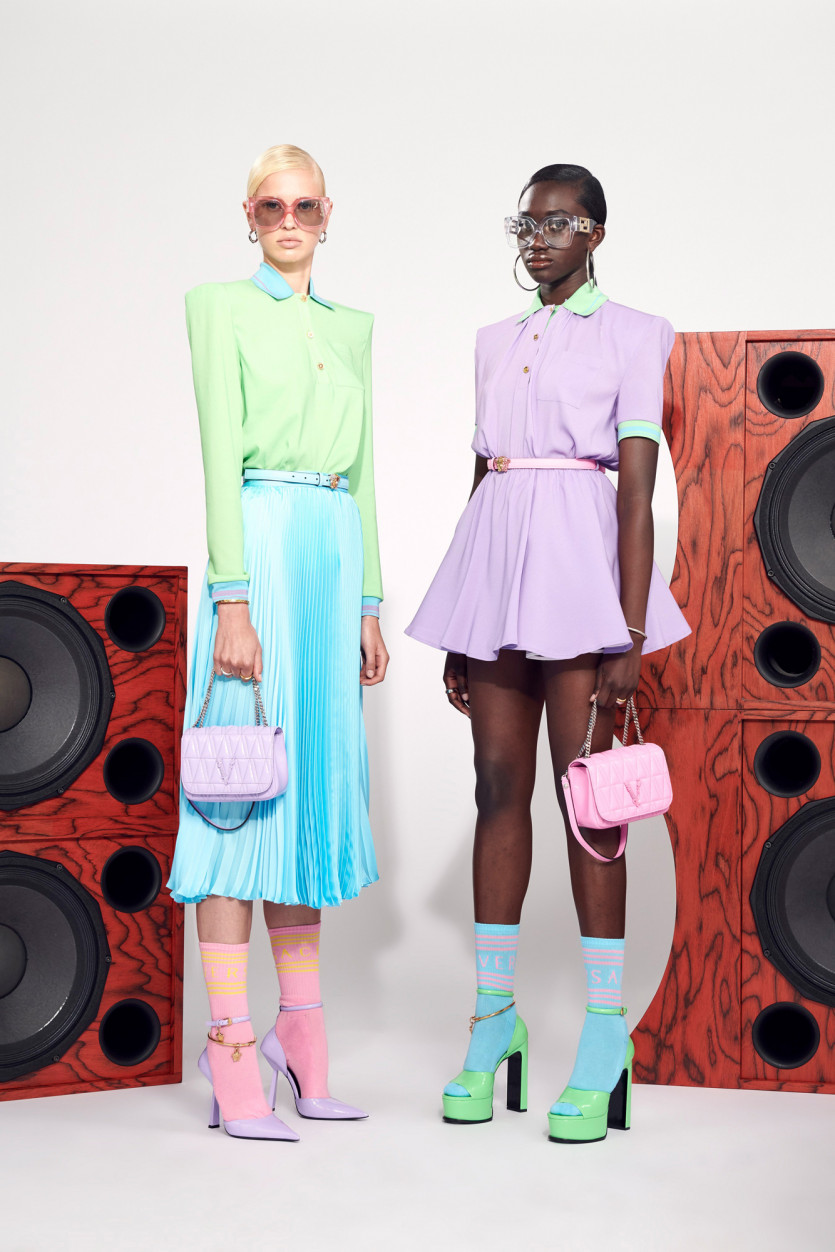 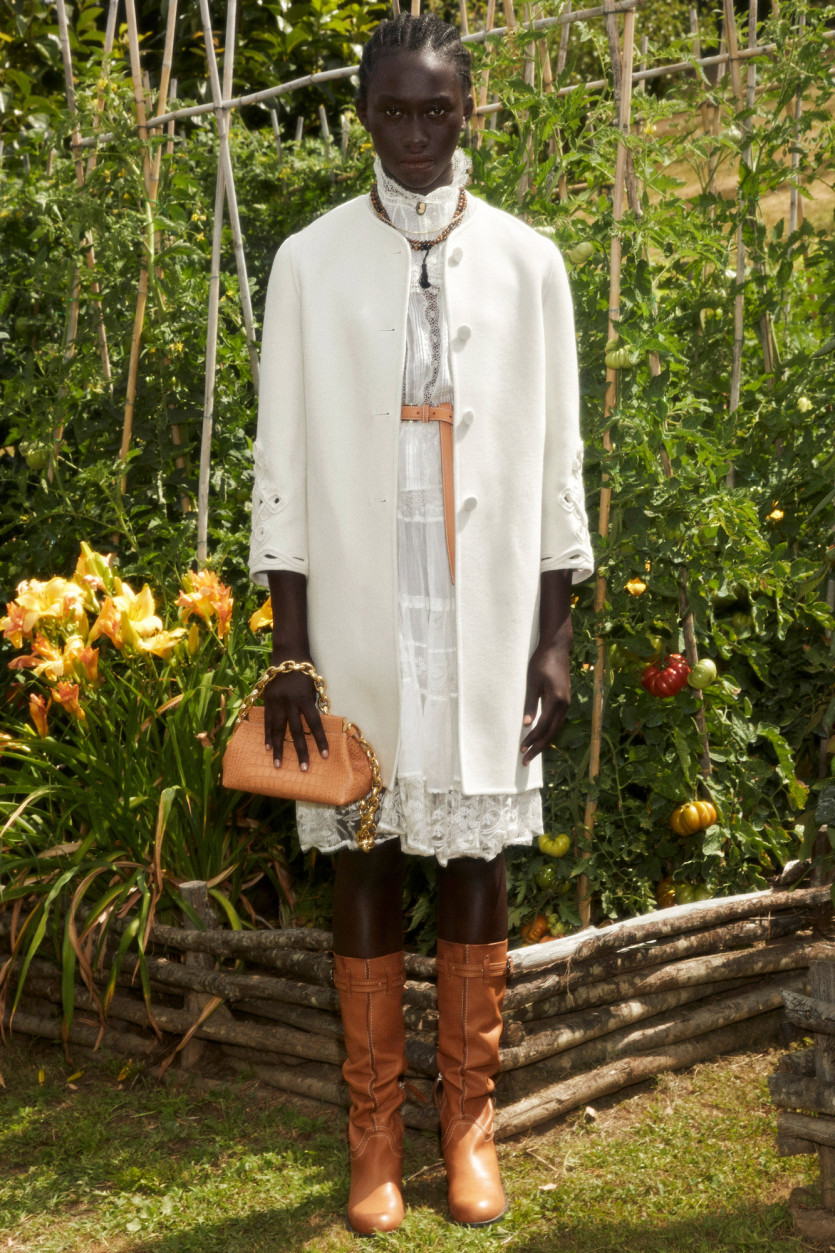 There are new iterations of token ultra-feminine “conservative” clothing staples. Basically, anything you would describe as “ladylike”—cardigans, shirt dresses, lots of tweed. The ’60s-era cropped suit jacket à la CHANEL was everywhere this season. Even Versace—known for its sex appeal—put forth pastel cardigans and collared shirts. Overall, there was very little skin being shown, with long hemlines and lots of layering. 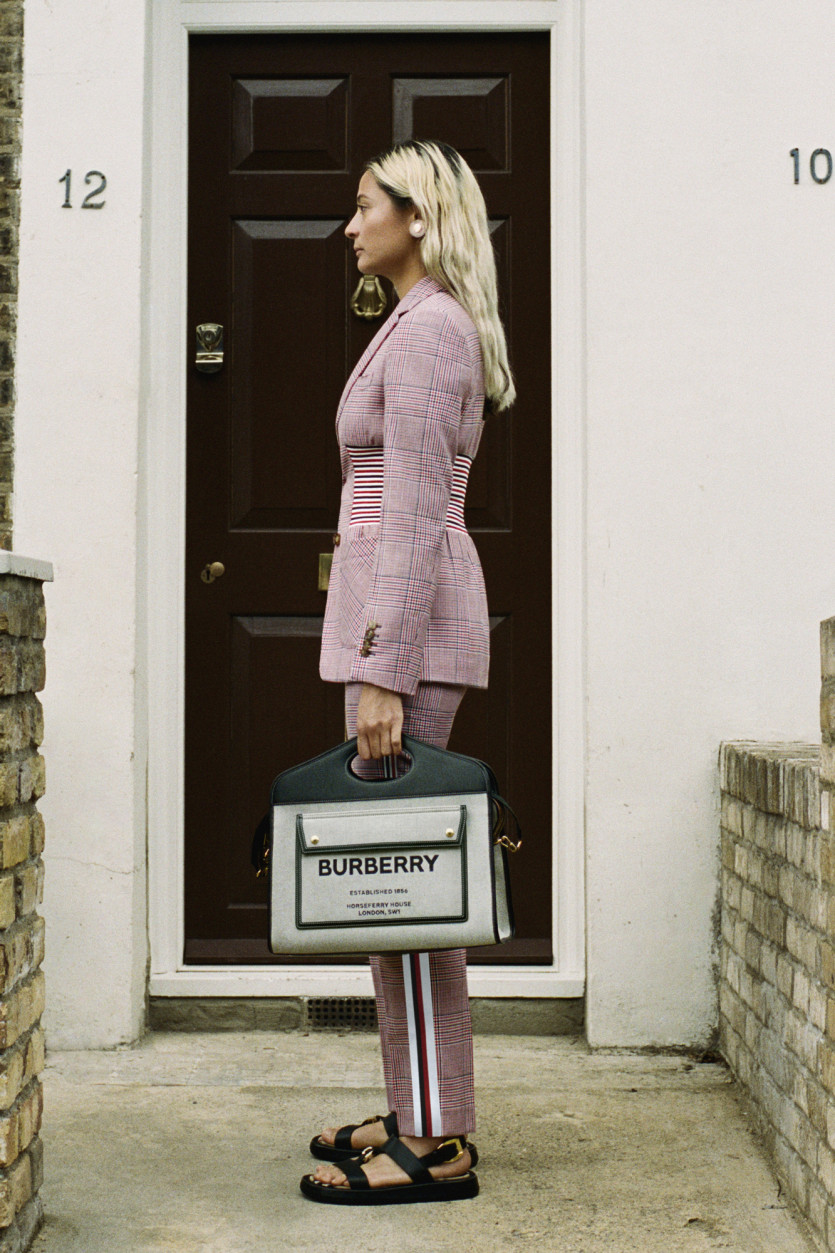 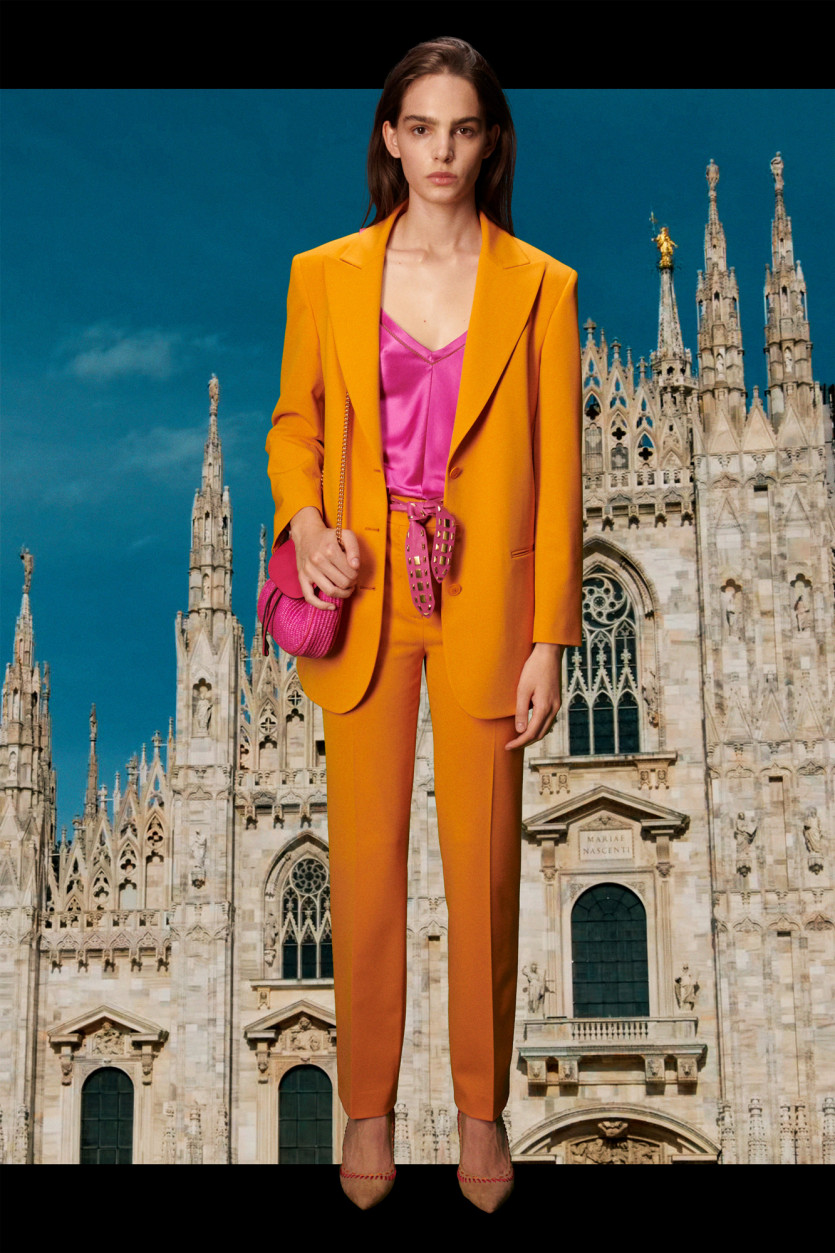 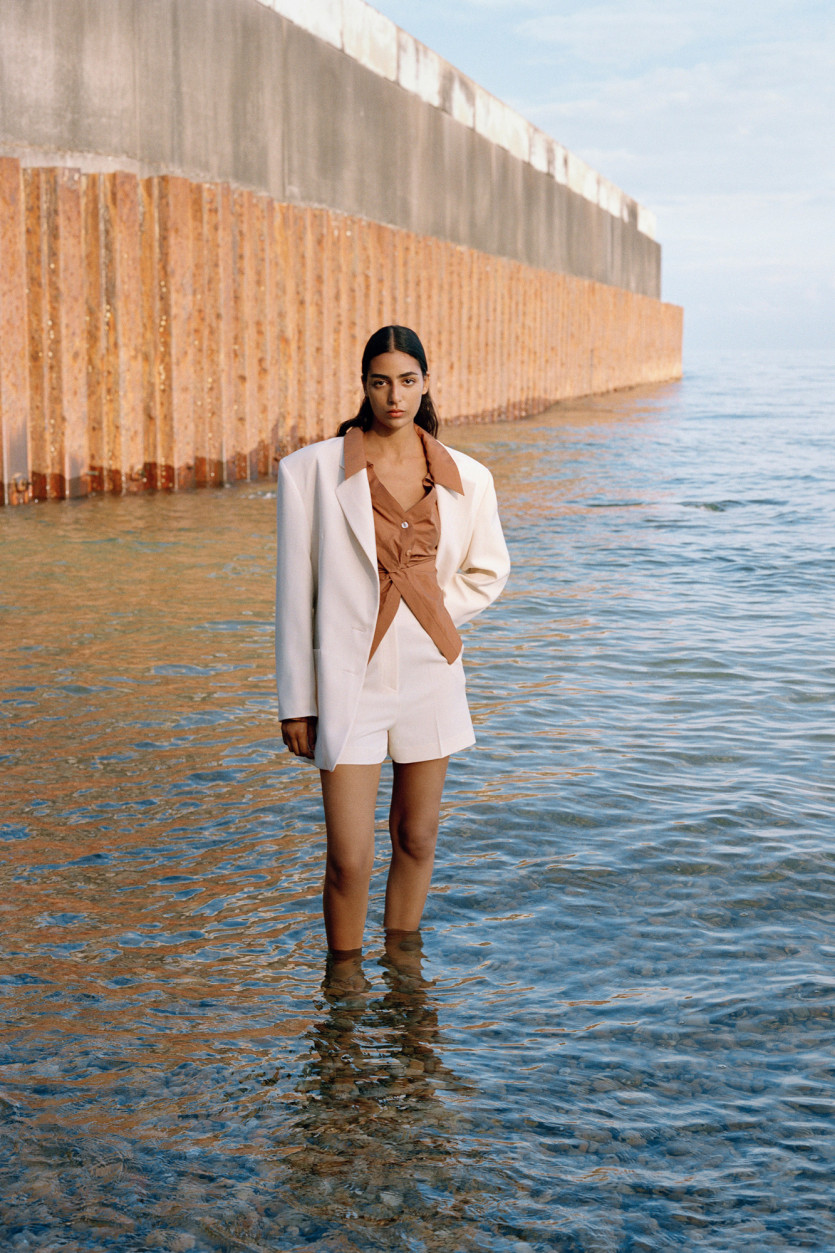 Fashion seems to be embracing a more serious note. Suiting has been a trend for a few seasons now and remains strong for resort ’21. This is also a practical option, as it mixes into wardrobes both as a unified ensemble and as separates. The silhouettes are typically pretty simple these days, and the short suit specifically is a silhouette that is here to stay. 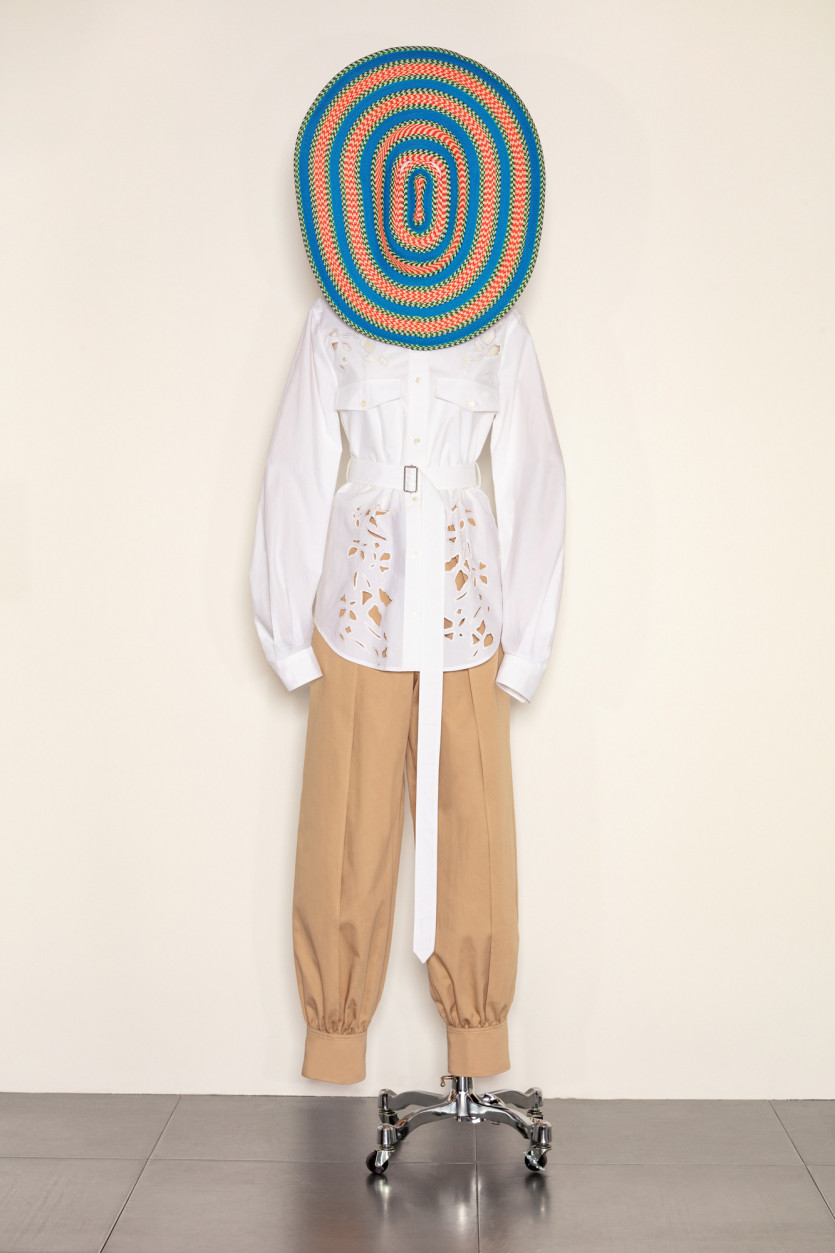 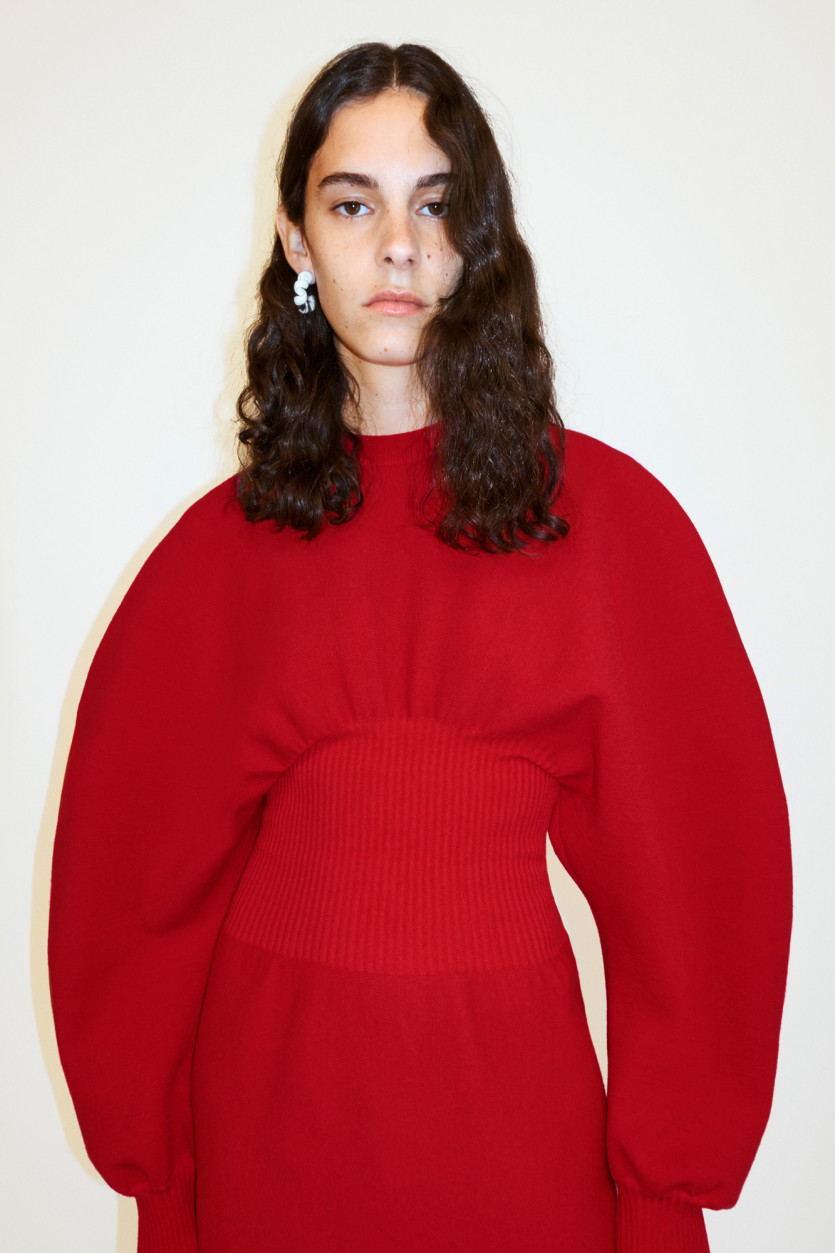 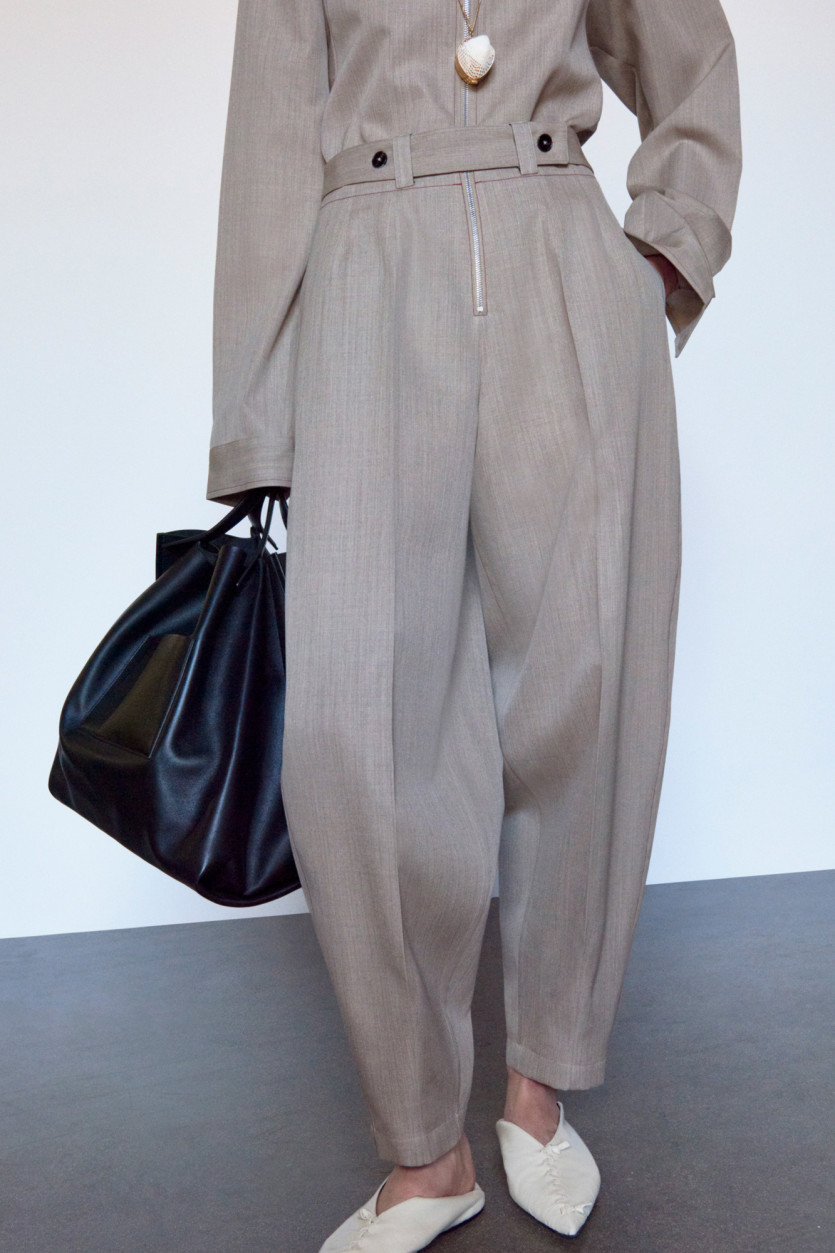 Many that have pared down on things like color and print are letting the shapes of their clothing speak for them instead. This is where things typically get impressive, as designers manipulate common silhouettes, even subtly with things like an exaggerated pocket, a rounded sleeve, or ballooned pant, to create very unique, eye-catching proportions. The result is not so in-your-face, but the cool factor resonates long-term. 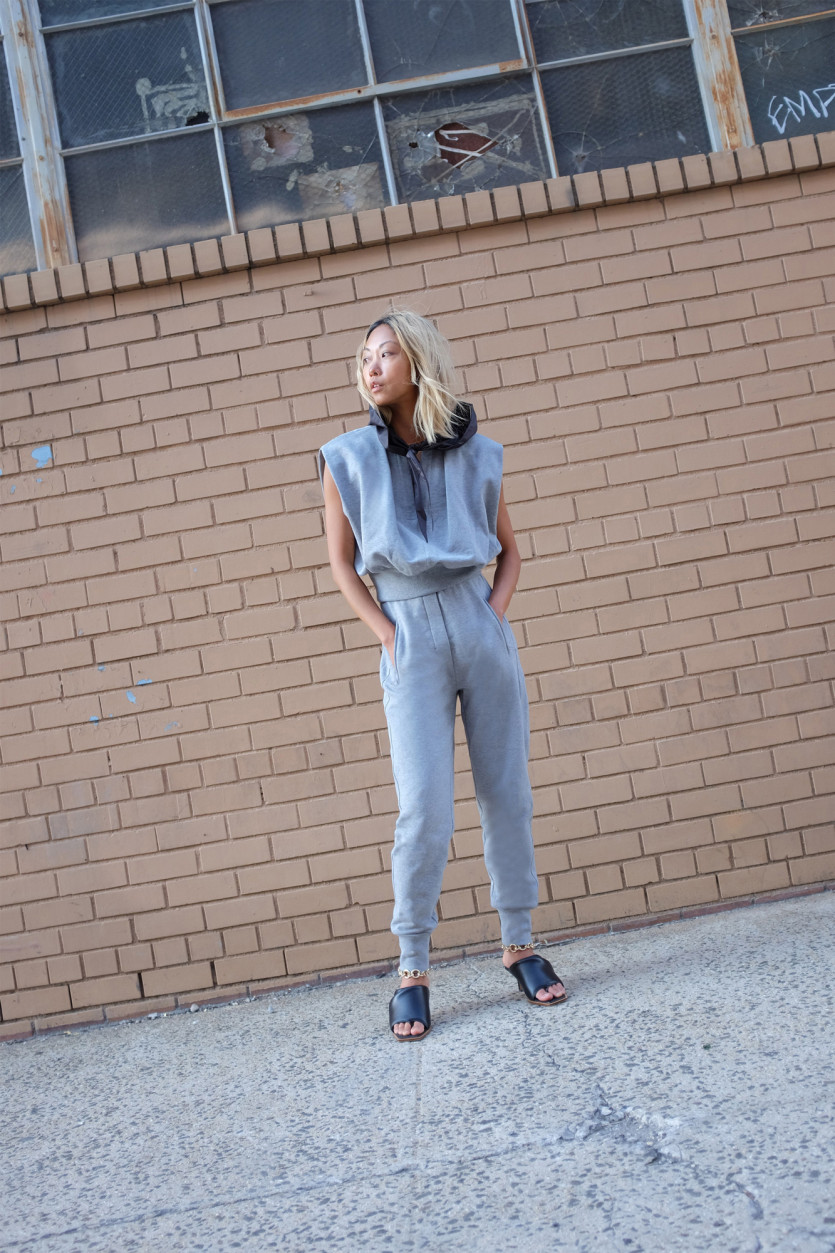 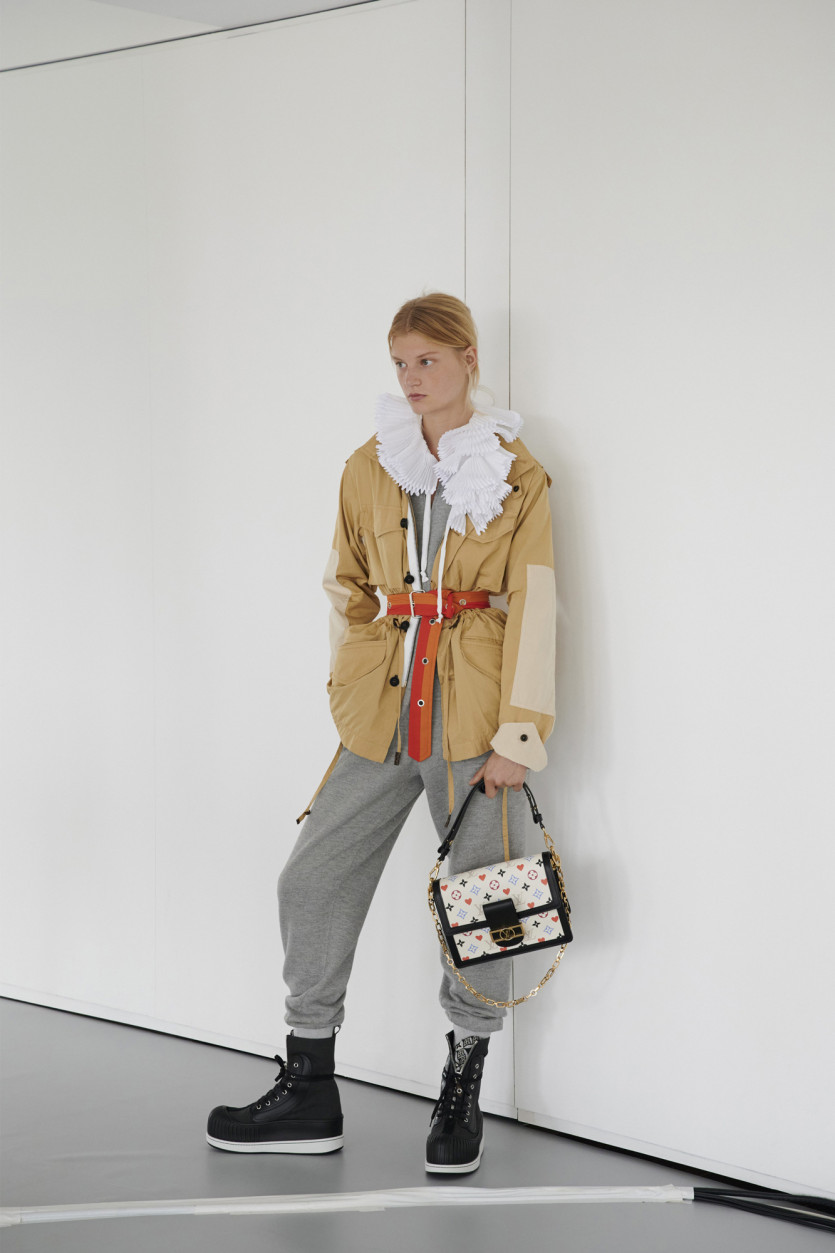 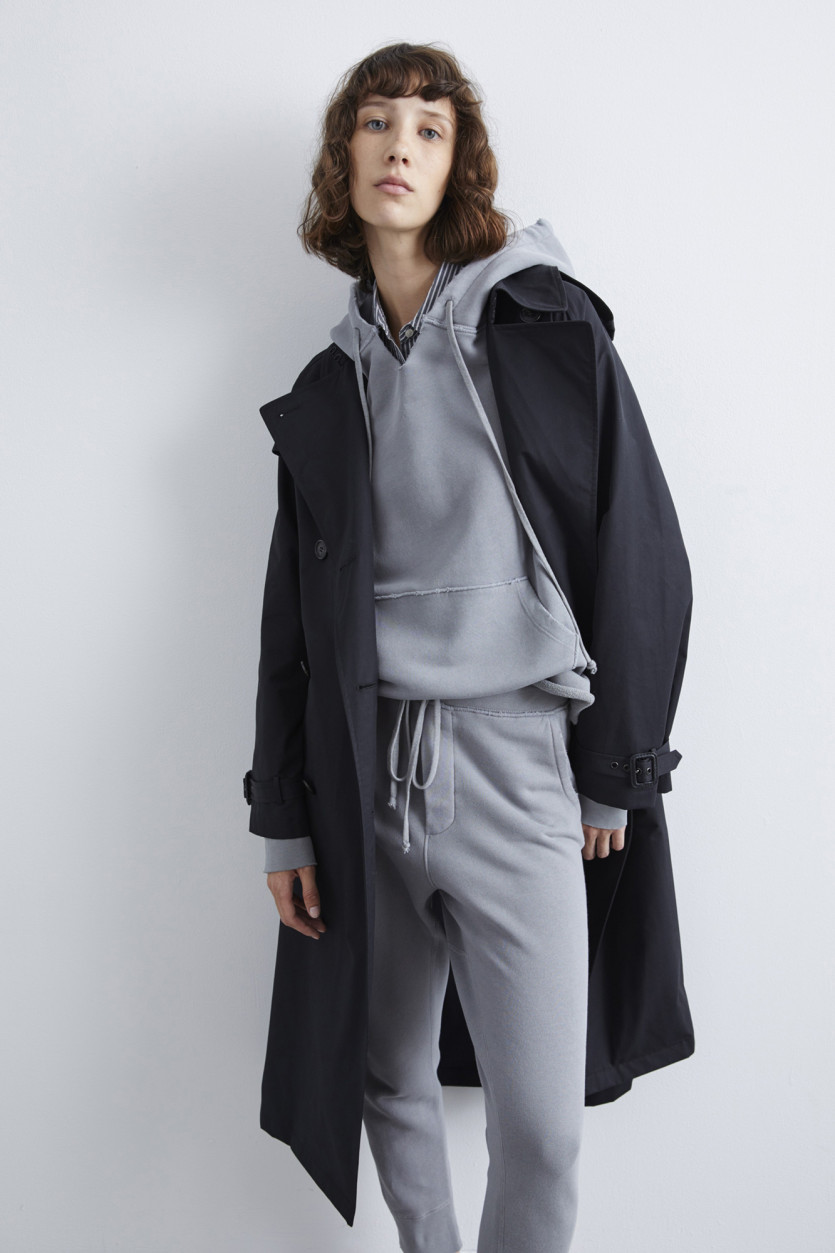 Sweatpants are getting an elevated makeover this season. Another logical move, as the world has embraced sweats like never before. Designers are taking notes from 2010’s styling and pairing them with polished separates like blazers and utility jackets.