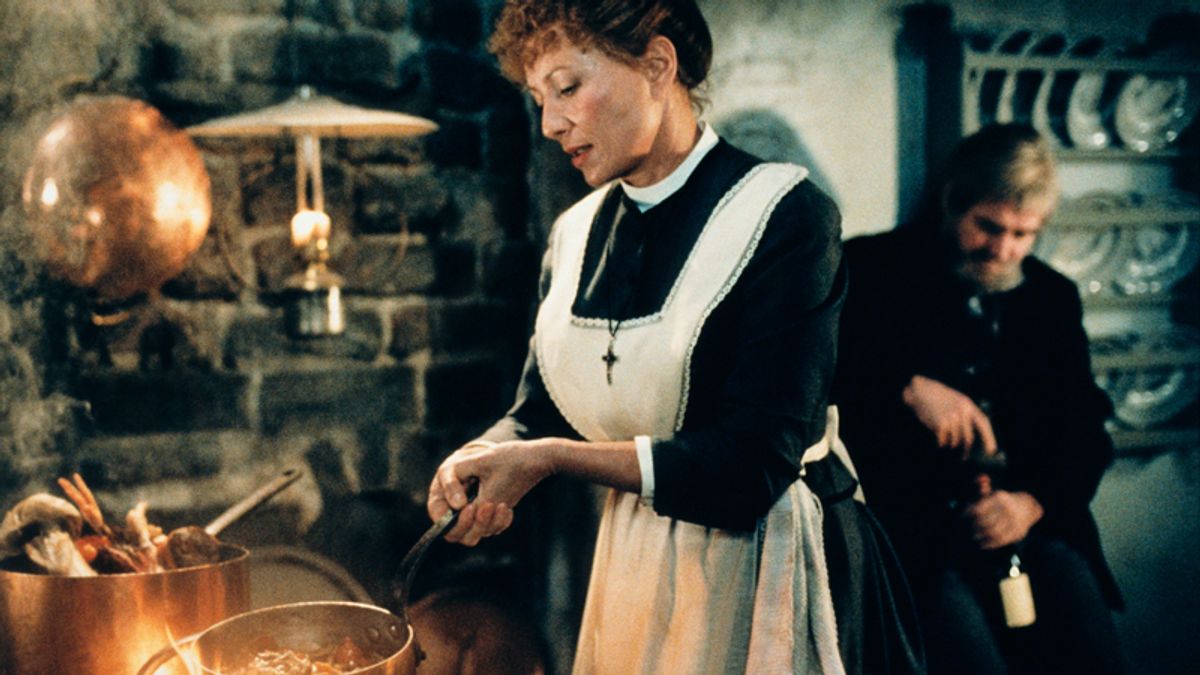 Your Culinary Passport: The Shows, Movies, and Books about Cooking We’re Into Right Now

Guaranteed to whisk you from your couch and into another culture’s most transcendent dishes.

Bibi Deitz
We don’t know about you, but we’d love to hop a plane and, oh, eat some capers on the shores of Pantelleria, Spain, right about now. Or snack on a croissant and a coffee at an outdoor table in Paris. Or eat a full English breakfast (minus the meat) in Brighton, England, by the sea.

But since all of those things are canceled for those of us who don’t actually live in those places at the moment, we have to settle for watching shows and movies and reading books that detail the culinary pleasures of life. The good news is that such fare abounds. The bad news is that it might make you miss travel even more. Either way, bring your appetite and allow yourself to take a little tour of the world from your cozy little armchair.

From the very first episode I watched—which, incidentally, was not the actual first episode, but rather Episode 2, which features David Chang gallivanting in Marrakesh, Morocco, with Chrissy Teigen—I was hooked. David Chang zooming (actually zooming! not Zooming!) around the world with celebrities and eating incredible local food? You’ll forget you can’t join him (for a few minutes, at least).

Chef and food writer Samin Nosrat already dazzled the culinary world with her cookbook of the same name, but when she launched this show, traveling the world to explore the elements of exceptional food, we all fell in love with her. Bring your appetite.

A show focusing on chefs around the world who are at the top of their culinary games is fascinating enough, but certain episodes of this really sing. After watching the first episode of season 3, which highlights a Buddhist nun who uses her incredible cooking as a spiritual practice, I’ve never thought of food in quite the same way again.

The first Danish film to win the Oscar for Best Foreign Language Film, this movie follows the events that unfold when a Parisian refugee (Babette) becomes the cook for a strict pastor and his family. The feast, which Babette sets out to create upon her arrival, features foods that the family and the pastor’s congregation aren’t accustomed to.

If you haven’t seen it, you may think, from the description, that this is not a film about food. Oh, but it is—trust me. There are few scenes that have lodged so firmly in my mind as the ones that involve food in this movie, and as far as being transported goes, it doesn’t get much more riveting than this.

Juliette Binoche! As the proprietor! Of a chocolate shop! Just those three exclamatory phrases alone would be enough to sell me, but the film itself is a rollicking (and very sexy) romp through a French town’s buttoned-up morals.

If you’ve never read this gorgeous book, there’s no time like the present. Sure, you’ve probably seen the film, but the book is equally stunning. Each section of the novel begins with a recipe, which dances with the events of the story. Laura Esquivel will take you far away from your reality and into a much more magical one.

The wine! The cafés! The long meals shared with equally brilliant writers! Ernest Hemingway’s classic work captures the excitement of Paris 100 years ago, alongside folks like F. Scott Fitzgerald, Gertrude Stein, and James Joyce. Oh, and the writing isn’t bad.

My Life in France

We’d be remiss if we didn’t include Julia Child’s frank and delightful memoir about the country that made her famous. If you’ve ever wondered how a “rather loud and unserious Californian” (in her words) became synonymous with the art of French cooking, read this book.