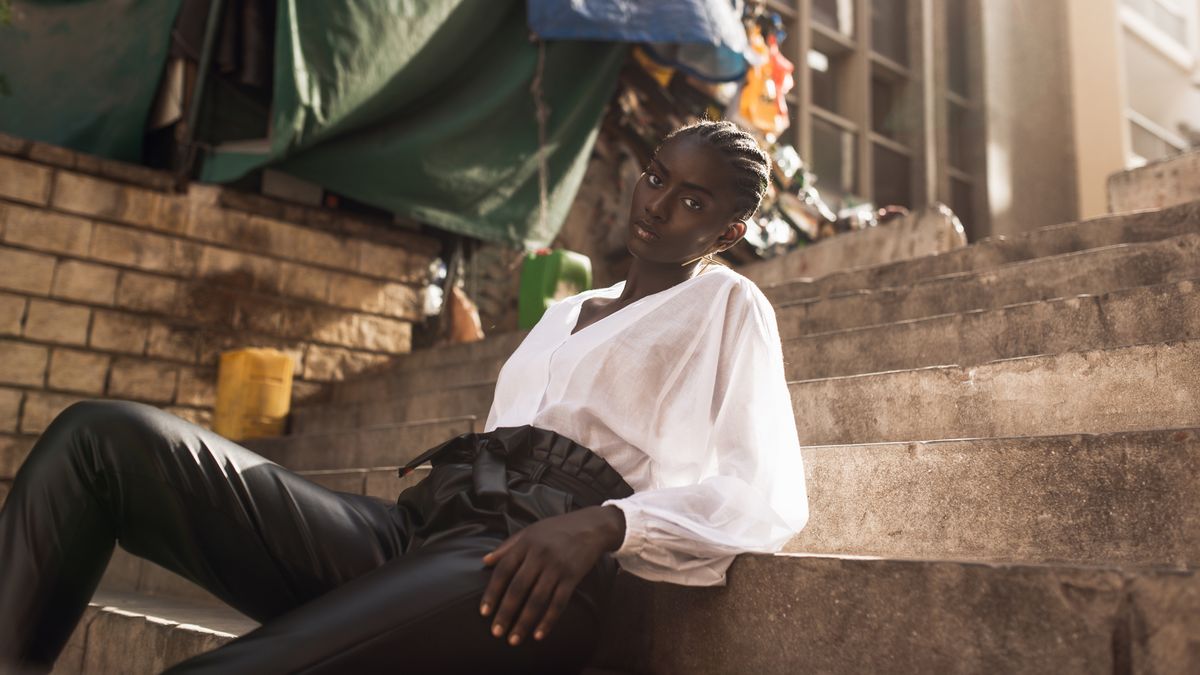 Get to Know These 5 Emerging African Designers

Anna Touré, a champion of African design, walks us through the buzziest brands on the continent.

Amanda Winnie Kabuiku
Publicist and agency owner Anna Touré is among the most ardent supporters of African fashion. The brands she champions are regularly spotted on everyone from Beyoncé, Jidenna, and Chimamanda Adichie Ngozi to Issa Rae and Erykah Badu. Today African fashion is best described as diverse, original, and fearless. Many young designers stand out, offering various ways to understand the continent and, of course, its complex history. “The continent is made out of 54 countries with a rich mix of cultures,” Touré says. “The African fashion scene is, therefore, very diverse—not to be taken as just one genre or defined by just one type of fabric used.” Together with Touré, who is currently based in Dakar, we’re highlighting five promising brands—that you may not have heard of yet.

Photo: Fatoumata Guirassy
Born in Auvergne to Guineas and Senegalese parents, Fatoumata Guirassy studied style at the Lycée des Métiers de la Mode et des Arts in Riom. After her graduation, she joined the Ecole de Condé in Lyon, later working for houses such as Chloé, Celine, and Givenchy. Drawing on her experience, in 2015 she launched Gueras Fatim, a high-end ready-to-wear brand combining African and Asian influences. The keywords that define her label are elegance, femininity, and effortlessness. Fatoumata deflects the narrative made to diminish the African presence in Paris (among other places), fashioning the infamous Tati bag into a pair of high-heeled boots, evoking the West-African migration. She calls this piece “Ghana must go.”

Photo: Fatoumata Guirassy
“What is interesting and fascinating with Gueras Fatim is the fact that Fatoumata is producing her pieces from A to Z. She has a very keen sense of aesthetics and makes sure each collection is showcasing this sensibility. Having her pieces selected by costume designer Ayanna J Kimani for Queen Sugar, produced by Ava DuVernay, was just amazing.”  —Anna Touré

Photo: Muse Uniform
Fatoumata Ba’s inspiration is rooted in her fascination with African masks. These masks have a multitude of forms, materials, expressions, symbols, powers, and functions, which make them an inexhaustible source of ideas. Calling her brand Salyel, named after her grandmother, the designer and illustrator plays with her Senegalese heritage, eager to revisit her Fulanis origins. Created in 2018, the brand combined the masks, which represent tradition, with the modernity of a sweater or a t-shirt. By transposing these elements on plain canvas and dressing them with cowry shells (historically used as currency) and colorful pom-poms to induct volume, soul, and character. The designer suggests a door between the real world and the supernatural.

Photo: Muse Uniform
“Salyel [is] an absolute crush—a true invitation to empowerment and culture by wearing a cozy piece.” —AT

Photo: Muse Uniform
Simone and Elise’s outfits never go unnoticed. Sweet and tangy, they reflect the friendship of the two designers, Mariam-Simone Sibidé and Gina Kakou-Marceau, and their vision of the African woman. Created in 2017 and launched in 2018, they made the bold choice to paint their dresses with ordinary figures, which became a striking success. The Ivorian designers created outfits that enhance the female form, playing with different materials which ultimately and distinctly mark the African identity. Inspired by the stay-at-home mother, the shopkeeper, the wife, the politician, the fighter, the everywoman with multiple hats, their colorful dresses capture the essence of these everyday heroes.

Photo: Muse Uniform
“I am extremely excited to witness how this young brand managed to acquire its loyal clientele across different countries in Africa. They create pieces that will make you stand out anytime you enter a room.” —AT

Photo: Courtesy of @bizenga and @nalaluuna
Based in Abidjan, Ivory Coast, Karidja&Khadija is brewing up legendary tales, mainly from West Africa, which blur the boundaries between classical and contemporary. Handcrafted, the pieces are made in 18 k gold, and yet, they’re affordable. The designer’s goal is to create long-lasting, cherishable treasures. Authentic, sculptural, and elegant, these classic and timeless pieces pay homage to the aesthetics of the Baoulé women that Queen Pokou perfectly represents. The stories tell of an African queen who sacrificed her only son in order to save her people: an act of responsibility and a pronouncement of the greater good. Karidja&Khadija is inspired in respect for forgotten legends and yearns to pull us close to her Akan roots.

Photo: Courtesy of @bizenga and @nalaluuna
“Karidja & Khadija brand is doing an amazing job honoring the traditional Akan style with their earrings collection. Each pair is a statement piece that adds this notable sophisticated touch to your outfit.” —AT

Photo: Reed David Photography
Selly Raby Kane was born and raised in Senegal. After studying business and management in Paris, she returned to her hometown and created her brand in 2015. Experimental, afro-futuristic, and artistic is Kane’s signature. The Senegalese designer breaks down her own influences in the creation of a new universe. At the intersection of fashion and art, Selly Raby Kane’s style is both surreal and eclectic. Merging traditional prints and bright colors, the brand’s creations appeal to urban and international clientele.

Photo: Reed David Photography
“The definition of a multi-talented artist: Selly Raby Kane. Having Beyoncé wearing her designs for the first time in 2016 was one of our biggest moments. Selly is magic—she can create a fantastic universe and make you wear it.” —AT