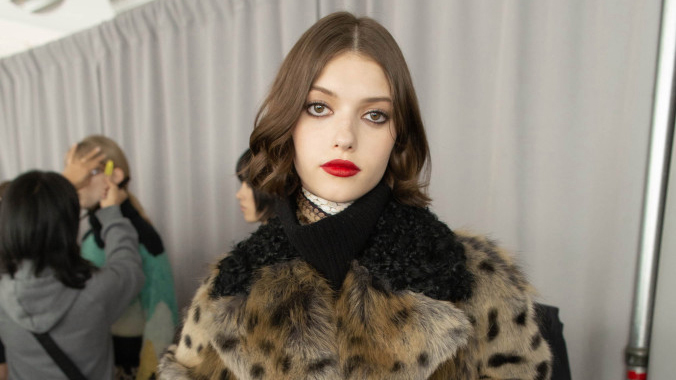 It’s no secret that we love a red lipstick, but the fashion industry has been particularly wary of accenting their collections with a bold lip over the past few seasons. During New York Fashion Week S/S ’20, everyone from Pyer Moss and Khaite to Sies Marjan and Brandon Maxwell sent models down the runway with either a clear gloss or entirely bare lips, but from what we’ve seen backstage thus far, that’s all about to change. 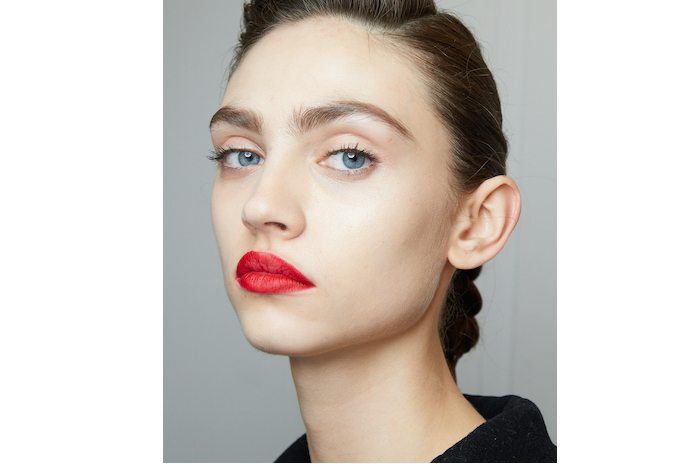 Lead makeup artist Diane Kendall created a sophisticated and glowing makeup look accented by a ruby lipstick from Maybelline. “We wanted everyone to look fresh and gorgeous, [and] a lip is an easy way to elevate your look,” she said of the statement-making pout. 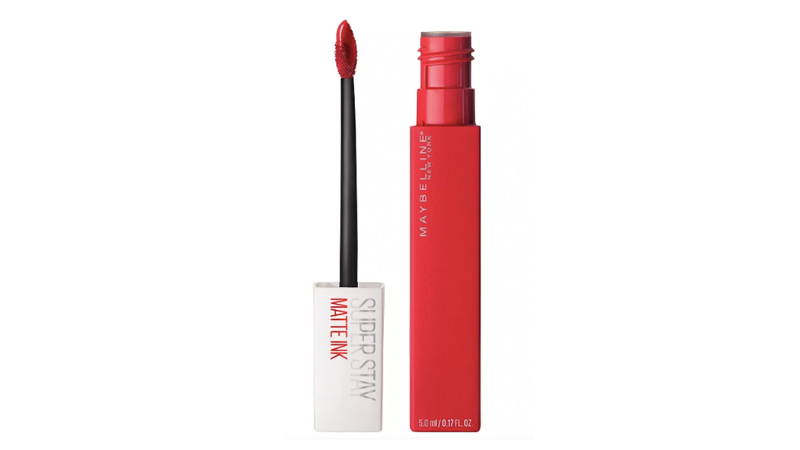 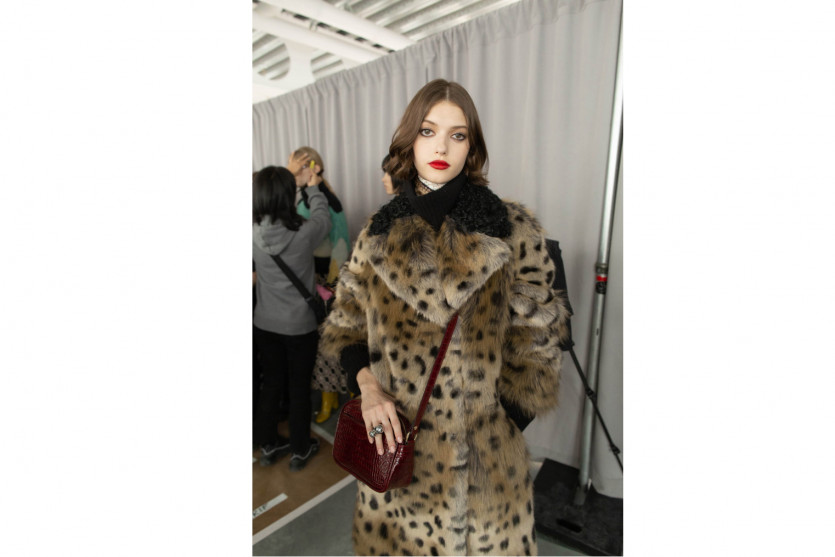 Pat McGrath is never one to shy away from a bold lip, which is why we were so tickled to see “very cool, Parisian chic” girls stomping down the Longchamp runway. To get the looks, she used three of her most beloved shades from her MatteTrance collection: Elson, Full Blooded, and Guinevere. 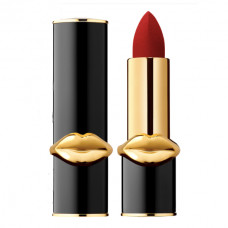 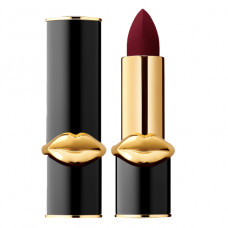 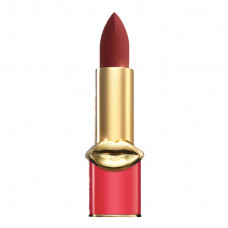 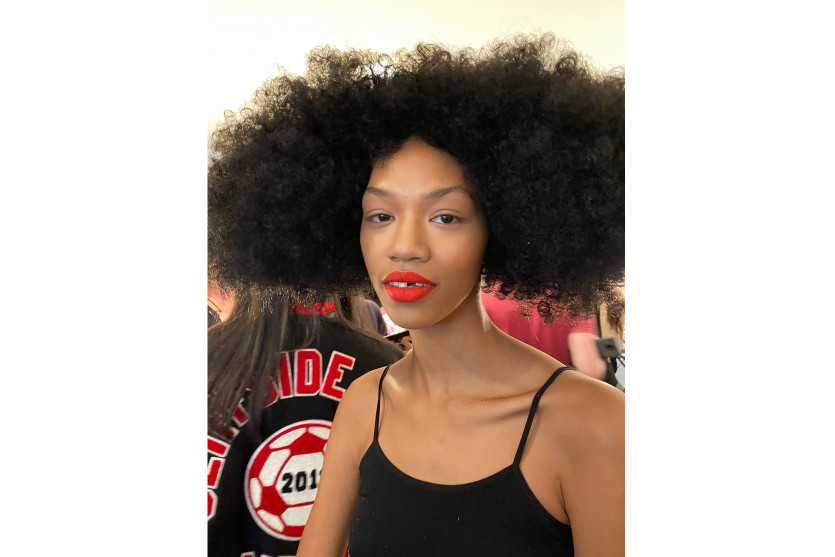 As if it weren’t perfect enough to bedazzle the models’ brows with Swarovski crystals, makeup artist Marcelo Guittierez swiped a brilliant cherry liquid lip color from M.A.C. on a handful of girls as well. The effect was just as exuberant and joyful as the designer himself. 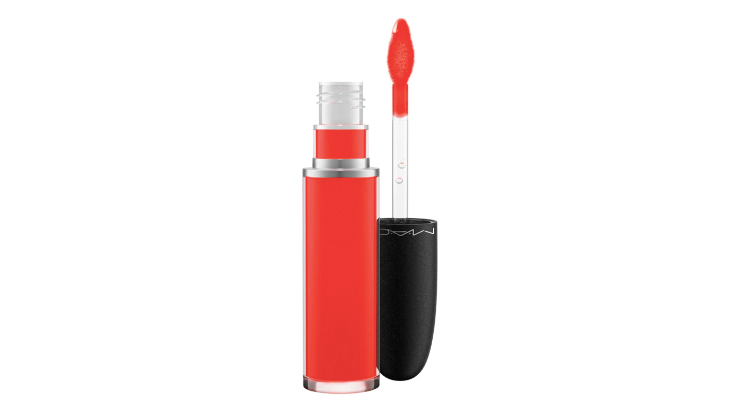 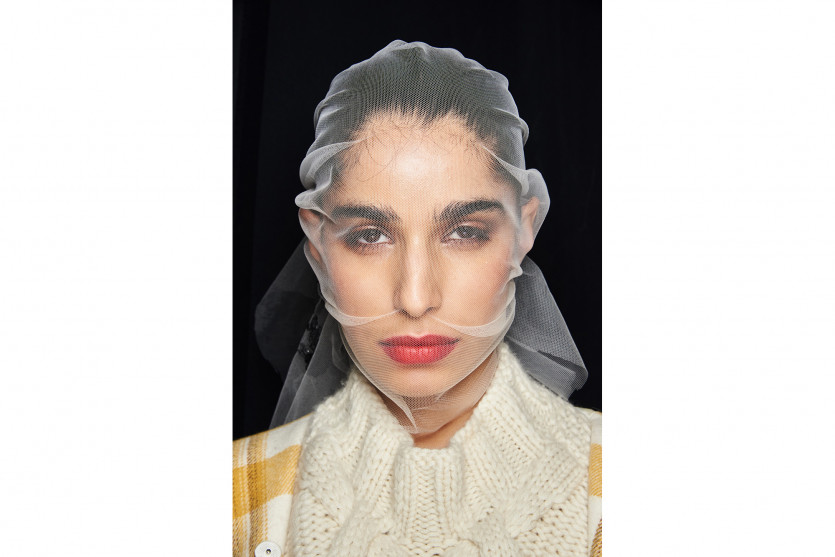 Makeup artist Gucci Westman proved that her debut lip product, Westman Atelier Lip Suede, was just as stunning on the runways as it is off it by creating a “’70s with a twist of romanticism” makeup look. The bright strawberry lip was still attention-grabbing even when covered by the collection’s ethereal veils. 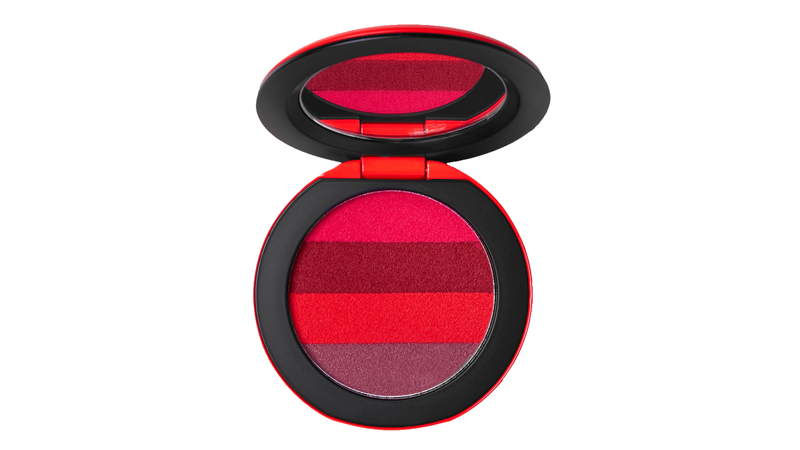 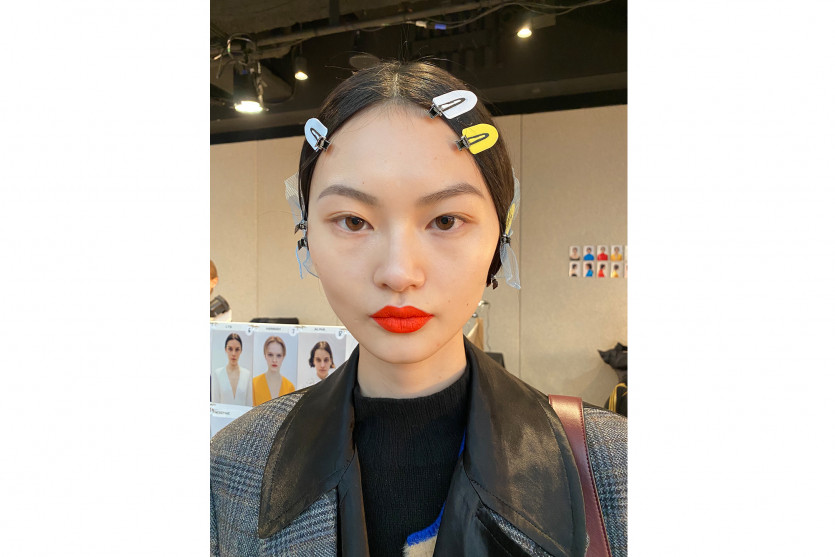 Although the Carolina Herrera lipsticks won’t be available until mid-March, it’s still possible to recreate makeup artist Lauren Parson’s “Spanish baroque paintings” -inspired look. She used three distinct colors—a pink, an orange, and a red—dividing them up amongst the girls for an elegant, and very Herrera, effect. There are a few of our current favorites for achieving the look from now until the launch date. 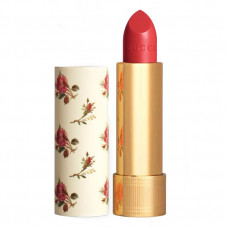 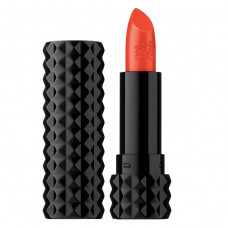 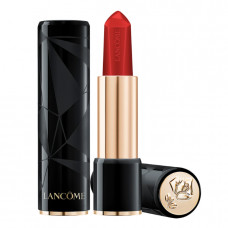 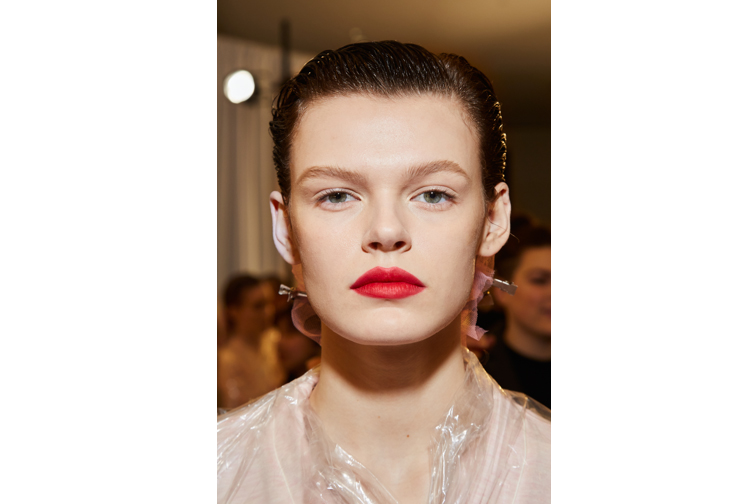 Yet another show wherein only a handful of girls walked with flaming red lips, and also at the hands of Diane Kendal. The Maybelline SuperStay Matte Ink Liquid Lipstick was once again the key to the show’s otherwise minimalist look, in the same saturated ruby shade as the look at Jason Wu. The matte effect was also a lovely (if subtle) contrast with the slick wet-hair look from Guido Palau and intended to give a “modern feel along with the dewy skin,” according to Kendal. 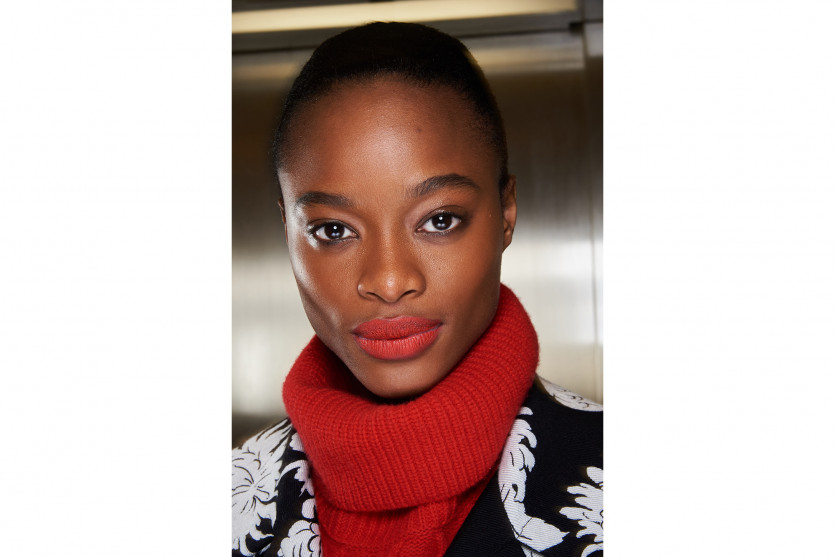 If there’s anyone who knows how to craft a romantic yet strong red lip, it’s Tom Pecheux. The makeup artist used a combination of two M.A.C. lipsticks and one gloss to get the perfect red-orange: in the center, a true red shade; an orangey red around the edges; and finally, a bright cherry gloss on top. “Everything else is so pure that I wanted the lips to say it all,” he said of the otherwise pared-back look, which included a subtle contour and a touch of cheek highlight. The high-shine finish was also one of the few non-matte lips we’ve seen this season, although the base lipsticks were still a liquid matte formula (a clear favorite for many makeup artists). 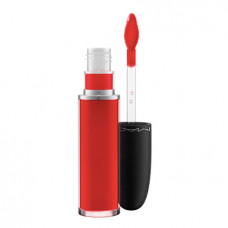 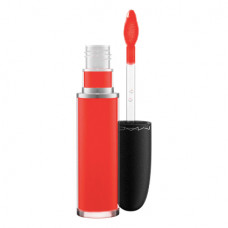 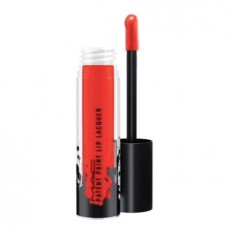 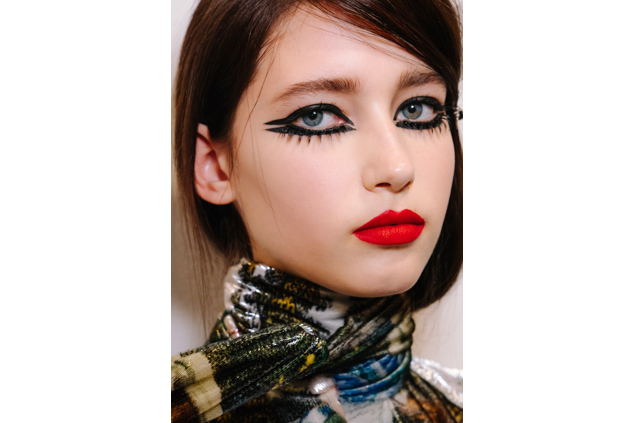 This look from Grace Lee at Libertine is proof that you don’t necessarily have to pare down the rest of your makeup when you want to wear a red lip. The graphic liner (another major trend this season) offsets the rust-red matte shade beautifully for an all-over statement look that is sure to get you noticed wherever you are. 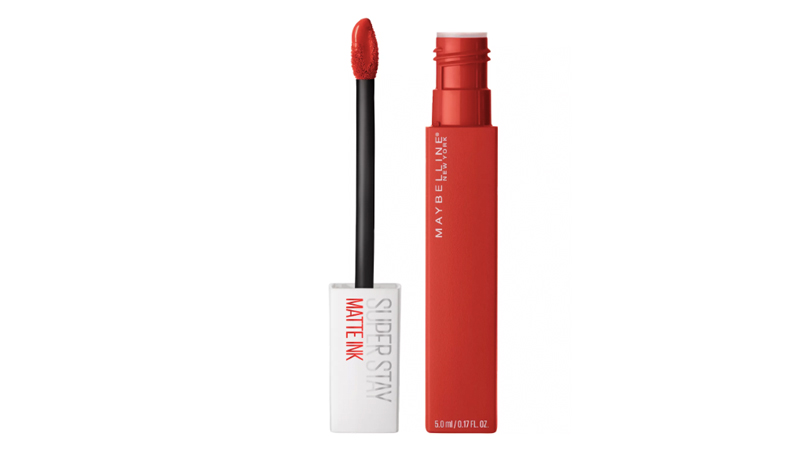 Get Glowing: Your Guide to Effortless, Flushed Makeup
The Sexiest Lipsticks Ever, According to 10 Beauty Editors
The Unlikely Winner of the Oscars Red Carpet: Brad Pitt’s Hair