How Much Do You Really Know about Safe Sex?

A no-filter discussion about why we need to take our sexual health into our own hands and make it a cornerstone of the wellness conversation.

Sure, you may think Coveteur is about fashion and pretty things and lipsticks that match your mood. But it’s really about things we’re interested in, that we want to share with you—and a lot of that involves health, wellness, and other things that have to do with being a young(ish) human in this weird world. So, not sure if you guys remember, but in 2018, Meika Hollender, co-founder of Sustain, a genius, sexual health-focused, all-natural condom company, and her very compelling girl gang of supporters launched a new project, Get On Top, and we were beyond obsessed with it. Get On Top was a campaign to encourage women to take their sexual health into their own hands and make it a topic of conversation as common as that age-old debate about almond milk versus oat milk versus skim milk. In other words, it was a push to bring sexual health into the wellness conversation where, quite frankly, it belongs. And seeing as it had a lot to do with being a human, we wanted (desperately) to bring the conversation to you. So we got on a conference call with Hollender and two of her conspirators, Jilly Hendrix and Vanessa Packer (we’ve literally never had a more interesting conference call), to talk about what safe sex means to them and why we need to make it our business (that means your business) right now.

What does “safe sex” mean to you?

Meika Hollender: “For me, safe sex is about my body and my health, but I think it’s really important to be in control of what is going inside my body and being responsible for that. There’s this idea that we’re in the bedroom to please the guy, and I think it’s really important that we switch that paradigm and make it about two equals. A big part of that is being safe—I don’t think you can feel comfortable or empowered in the bedroom if you’re not being safe.”

Jilly Hendrix: “It’s being in control of my sex life and my own relationship to sex. It goes without saying, but [safe sex is also about] using protection.”

What about the practice and methodologies of safe sex?

MH: “When I get into a serious relationship, I can sometimes have this mind-set of ‘I have to go on the pill.’ But it’s so important at a young age to be aware of the different methods. For example, my body reacts horribly to hormones, so I had to find the method that works for me and just enjoy that. I think it’s important that women take the time to figure out what works and what doesn’t, and not feel pressured by society or anybody else to use a specific form of birth control.”

JH: “You overhear some girls saying, ‘You don’t have to use a condom with me’ or that sort of attitude, and that’s not a cool way to be. You’re not a ‘cool girl’ if you’re saying that! That goes back to doing it for the man’s pleasure and not for yourself, and putting your own health at risk because you want to please the person on the other side of the bed. It’s not worth it! That’s why all of us feel so passionately about this campaign: Your sexual health is your responsibility, and it’s been hard for women to own that because of the stigma that can come with speaking about anything sexual. For me, having conversations with as many women as possible about feeling good, about taking care of their sexual health—that is what’s most important.” 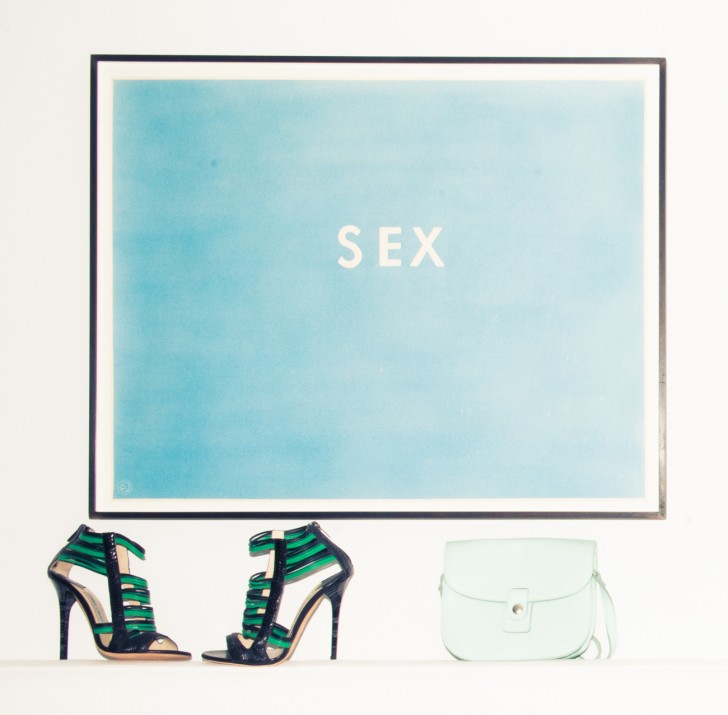 Let’s talk a little about education. What are your thoughts on sex ed? How does one teach safe sex? How and when do girls need to become aware of it?

VP: “It’s really tough to say and give an age about when to start, because I think everybody is different. Your audience should not only be at ‘the age,’ but also be in a mind-set where they’re able to take it in. It SO depends on the individual or the community, but personally, I think it’s great to have these conversations come from family, close friends, or an older sibling. I think creating those conversations in that intimate way with a voice you can trust or a voice you look up to is really powerful.”

MH: “The problem with relying on sex ed and health classes is that, as you probably know, there are so many states that require abstinence education. The way we educate about safe sex is all politically involved and government-funded. There are so many strings attached to that, so I’m really adamant about what Vanessa said. It’s never going to be just one conversation. I think something I really valued with my parents is that they talked about other things, like, ‘Do you feel good? Do you feel respected? How does this person make you feel?’ Not just ‘Are you having sex? If so, here’s a condom, and I’ll talk to you in 25 years.’ It was an ongoing relationship. I think we really need a call for action for parents. They have to get over themselves even though it’s uncomfortable to have these conversations.”

VP: “Maybe it’s a mentorship type of thing, where you have a community of your peers or older girls leading younger girls. It goes deeper than not wanting to get pregnant before you’re ready—you don’t want to get an STD. It really comes from a place of self-love and valuing yourself. It’s empowering!”

We spend so much time thinking about wellness as women, but sexual health doesn’t seem to be part of that conversation.

MH: “The reason we launched this campaign during Women’s Health Week is exactly because of that fact. It’s really important to me to show that sexual health is just as important as all these other aspects of wellness, and that if you put your sexual health at risk, more so than many other areas of health, your life could be changed forever. Forty-eight percent of pregnancies are considered unplanned—forget the fact that there are 20 million people [in the US] that don’t have access to birth control or family planning services. This is a really crucial aspect of your life—with regards to your body, but also to being financially successfully or being educated. It’s so important that we continue to educate and make women aware that [sexual health] is just as important as anything else. Your body works as one—if you’re putting one area at risk, you’re putting your whole body at risk.”

JH: “I think a great place for people to start is to think about what products you’re using, whether it be the condom or lube. Actually look at what you are putting into your body the same way you’re looking at what food you would put in your body.” 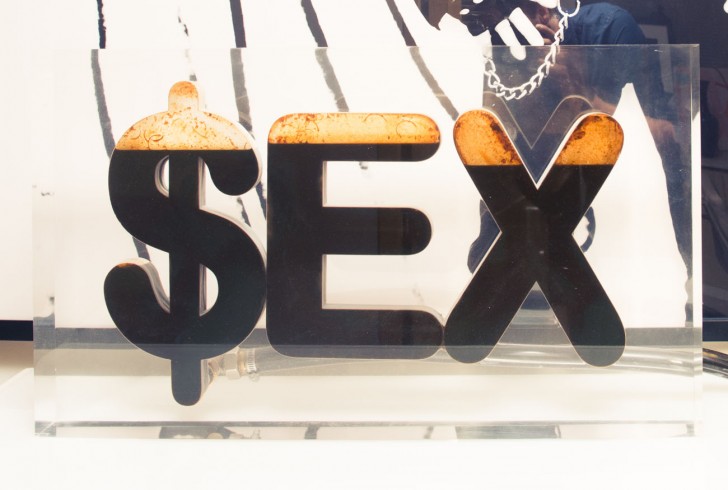 What about with your peers? Is safe sex a topic of conversation?

VP: “What I notice is that people are coming at it from a place of health and well-being, and they’re protecting themselves, but mine is the demographic that’s thinking about other factors of their wellness and health.”

JH: “Recently a lot of my friends are taking their time with sex, whereas when they were younger they might have been more fast... I sound like my mother when I say that. Now my friend group seems to be slowing down—I don’t need to rush into having sex with this person because I like them. It’s interesting—we’re taking everything a bit more seriously.”

VP: “Being mindful, which is not only a buzzword, but, for me, something that is so important in the way we interact. People who reach a certain age or have had a few relationships realize how important it is to actually be connected to the other person and be present and mindful before just jumping into it. When you’re connected to another human being and you’re mindful of what you are experiencing, it just makes sex better, so why not give yourself that?”

MH: “I am seeing two different things. I’m definitely seeing what Vanessa and Hilly are talking about, and I think that’s great. It’s coming with women in their late twenties—we are more comfortable in our bodies, we know what we like. On the flip side, I am still really shocked by how many close friends of mine are reckless when it comes to sex. In terms of preventing pregnancy, everybody is pretty serious about it because, at this stage of life, that isn’t really something to mess around with. When it comes to preventing STDs and HIV, I’m still amazed by how many people are not using condoms without having a conversation about getting tested. I’ll ask them about it, but they just don’t want to have an uncomfortable conversation. I think that’s the reality for a lot of people; so how do we make that conversation more comfortable? It’s all about having confidence in your sex life; to say, I’m not going to risk anything because I am more important than this person [or what they think].”

What is your ideal when it comes to the conversation around safe sex for women?

MH: “Just taking Facebook as an example: I struggle constantly with having a conversation on Facebook and being worried it’ll get pulled down or banned because it’s a conversation that’s still taboo. It’s important that as women we feel comfortable with ourselves and empowered, but also, it goes both ways! Women continue to be called sluts—like Gwyneth Paltrow wrote an entire newsletter about sex and vibrators and lube, and the slut-shaming that came with that was totally insane! It’s mind-blowing. We are brave, and I’m so lucky to have women like Vanessa and Julie lending their voices to this conversation in such a public way. Having role models and people like us out there is the first step.”

VP: “Gathering women together to have this conversation is important—it can be so powerful.”

I Consented to Sex, But Not Without a Condom—He Took It Off Anyway
What It’s Like Navigating Health Care as a Trans Woman
A Quick Guide to Maintaining Your Vaginal Health