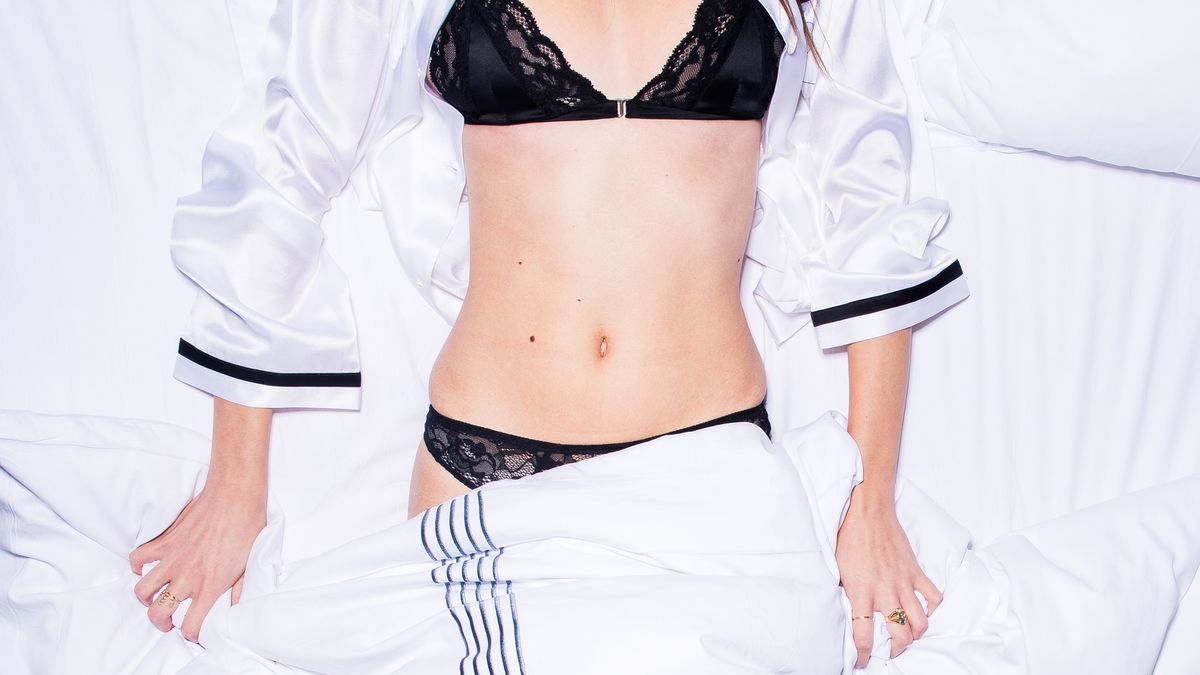 I Consented to Sex, But Not Without a Condom—He Took It Off Anyway

Coveteur Team
Meagan Wilson
This story is part of Coveteur’s Women’s Health series. For more on this topic, head here.

*The writer of this story prefers to remain anonymous

He wasn’t even my type.

I mean, he was tall and cute, and his body was awesome—strong and dense, but not overly ripped. What people would describe as husky, but I really don’t like that word, so yeah, strong and dense. He had a nose ring though, and unless you’re Lenny Kravitz, that’s not a look I’ll ever be into. But with my heart as broken as it was—with every moment of every day punctuated by the pain of having been left by the love of my life—I ignored the nose ring and concentrated on the body.

I knew exactly what I was doing: Make sure he sees you, but don’t make direct eye contact. Turn your attention to the SportsCenter segment playing behind the bar. Comment loud enough for him to hear you.

“Wait—Rondo plays for the Bulls? Since when?”

“Since a while ago. Where have you been?”

“I can’t keep up. Everyone is always changing teams.”

“I’ll give it to you in the morning.”

He didn’t offer to pay for the cab, which annoyed me, but I ignored that like I did the nose ring. I focused on numbing my pain.

It was just what I wanted and felt I needed, until it wasn’t.

This is where the story should end, but I wasn’t numb yet.

Bed. Bed. Bed. Enough. Enough for me at least.

“I feel like I’m enjoying this way more than you are. Why can’t I make you...”

In the morning there was a long, lingering kiss goodbye. A “talk soon” that actually meant talk soon. And we did.

Random texts about how our days were going, and a debate about the best french fries in NYC. Talk of holiday plans and schedule coordinating so we could hang out again.

A few days later, we went for a walk and found ourselves on a park bench. I told him about my broken heart, he told me about his.

Back at my apartment, we had sex again. That time, the condom stayed on, and he finished.

It was somewhat logical. I lost my job a few days before he and I met, and now it was Thanksgiving weekend, which had never been the same since my mom died. Plus, it was my first holiday in four years without the man I thought I’d be with forever. I was kind of a wreck, so yeah, just stress and depression.

I didn’t check while I was home. I just pretended like it was a normal holiday. I ate a lot and drank a lot. I sobbed at my mother’s grave. I saw my childhood friends and made out with my middle school boyfriend. I dreaded going back to New York.

I almost dropped the test on the floor—I was that overwhelmed. I’d gone to a center where you can take a test for free and talk to a counselor about the results. When I was composed enough to leave the bathroom—which wasn’t really composed at all—I sat in a panicked daze as the counselor discussed my options.

I called the one friend I’d confided in as I walked to the subway, then I went home and called Planned Parenthood. Afterwards I got ready for my friend’s birthday party.

I don’t remember who texted who first, but he was at a party too, and I told him we should meet at my place later.

He was smiling when I opened the door. That was fleeting.

“Yes, I’m sure. You’re the only person I’ve been with recently, and the guy before you didn’t take the condom off.”

I asked if he had strong feelings about my decision, though I didn’t really care if he did.

“I’m not going to tell you what to do with your body. That’s for you to decide, and I’m either going to be there, or I’m not.”

That should have sent me into a fit of rage, or at least prompted me to ask him to leave, but for whatever reason, it didn’t, and I didn’t. I suppose I was too depleted. I just looked at him, then turned off the light and got in the bed. He laid next to me for the rest of the night—fully dressed on top of the covers. In the morning, he kissed my forehead, said he was sorry, and left.

The day before my appointment, I broke down and told my sister. I say “broke down” because she was the last person I wanted to tell, which is crazy because she’s the most supportive and loving sister a person could have. But I was terrified of her reaction—scared that she’d be as disappointed in me as I was in myself. So it wasn’t until the weight of it all was literally crushing me that I decided to call her.

“Oh no,” she said, not at all harsh or judgmental or upset. She said she was sorry and said that it would be OK. She told me that a lot of her friends had had one, and made a joke about always needing to watch out for pre-cum. She insisted on being there.

I spoke to him that day, too. He called not knowing what to say, and I told him he didn’t have to pretend like he cared.

“I’m not pretending like I care. I do care.”

“Whatever. I’ll let you know when it’s over.”

There were a lot of steps.

“Do you want to see the sonogram?”

Everyone was so nice.

I opted to be completely sedated, which I didn’t even know was an option until I’d made my appointment. I didn’t want to hear anything or see anything, and I definitely didn’t want to feel anything.

When I walked into the procedure room, dressed in a gown and carrying a bag with my clothes in it, everyone smiled at me and shook my hand. The nurse instructed me to lie on the bed, the doctor told me it would be over soon, and the anesthesiologist, who had the warmest demeanor of any man I’ve ever met, asked me to start counting backwards from ten.

I woke up fifteen minutes later, in a different room, on a different floor. A nurse helped me off the bed and into a chair, and another nurse gave me some ibuprofen. The women whom I’d seen earlier in the waiting rooms were there, too. Each sitting in their own chair, taking their own ibuprofen, coming out of their own fog. One of the nurses handed me my bag, along with a pamphlet on what to expect.

She told me to take my time, and that when I was ready, I could get dressed in the bathroom next door and go home. I was ready.

My sister was waiting for me in the reception area. She smiled and gave me a hug. I was happy she was there.

We went out for cheeseburgers, then walked back to my apartment.

“Have you thought about what you’re going to do so that...so that you don’t have to go through this again?”

“Lie low for a while and stop sleeping with randoms.”

After she left, I texted him to say that it was over and I was fine. I wasn’t, really. I was angry and sad and lonely. Still jobless. Still heartbroken. But he wasn’t worth having that discussion with, so I left it at fine.

Another friend whom I’d told came over that night. We ordered burritos and watched Love & Hip Hop.

A few weeks later I asked him to meet me at a coffee shop. I needed some closure—even if it was the smallest amount of closure possible—so I could feel a little less awful.

Did I tell him it was OK to take the condom off? Did I miss the part when he came and went soft?

The answer to both was no.

He took it off without asking. He never came and went soft.

“I’m sorry for ruining your life.”

“Why would you do that?”

I did believe him, but it didn’t make me feel any less angry or sad or alone. It didn’t keep me from asking myself over and over again why I’d been so reckless with my body.

There was a cold goodbye hug, void of any affection, and that was the last time I saw him.

The baby would have been due in August, which is the same month my mother had died. I don’t think of the two experiences as being related, but thinking about them at all—even individually, which I of course do in August—is a lot.

I’m not as mad at myself as I used to be, but there are still tinges of disappointment sometimes. I feel it when I go to the doctor and mark 1 next to How many times have you been pregnant? When I pass the bar I met him at, or walk by Planned Parenthood. I feel it when I’m with some of my closest friends and, years later, still can’t bring myself to tell them.

I guess there’s still a lot of shame.

I’m trying to let that go.

Everything You Need to Know About All Your Birth Control Options
A Quick Guide to Maintaining Your Vaginal Health
4 Major Women’s Issues Currently Up for Debate
Part of the series: