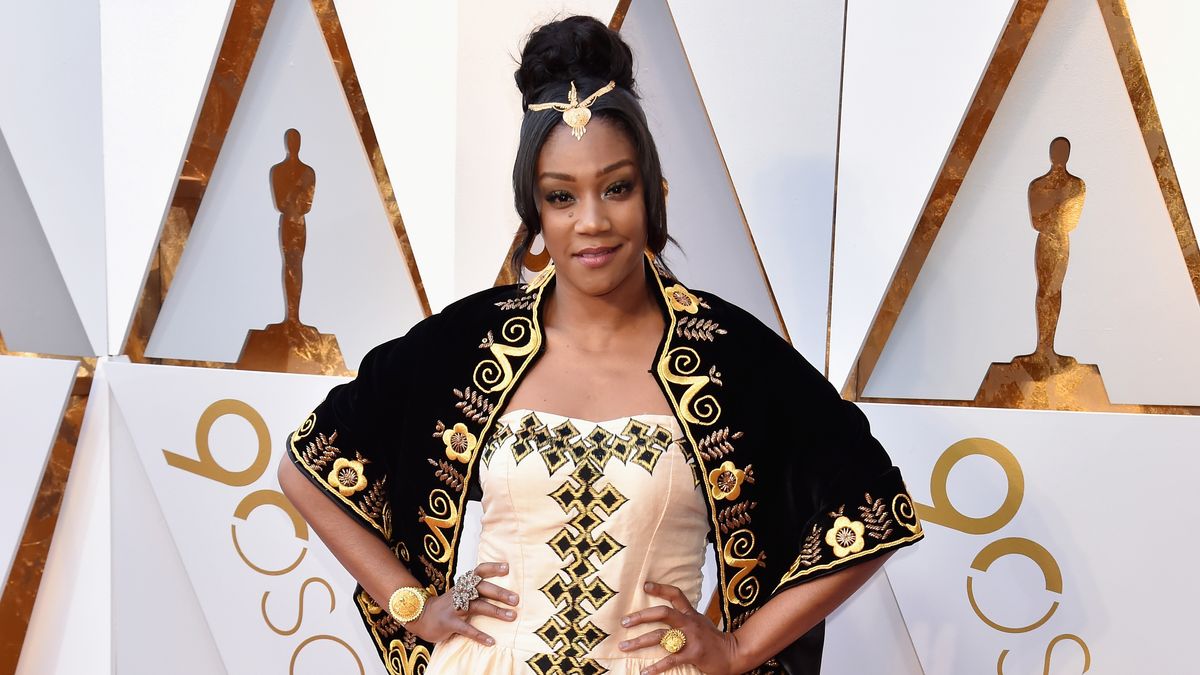 She may not have been nominated, but that didn’t stop her from showing up looking like a winner.

Not every Oscars look has a great story behind it, but Tiffany Haddish’s sure does. The actress—who many believe was snubbed for a nomination for her role in Girls Trip—showed up on the awards show’s red carpet in a traditional Eritrean ensemble, which, she revealed to ABC’s Michael Strahan, is also a tribute to her father. Before he passed away last year, Haddish’s dad made her promise that if she ever made it to the Oscars, she would represent her heritage. Fast-forward to tonight, when the star arrived in the detailed look, complete with a headpiece and cape-like jacket. In our opinion, she looked like a true queen—and a winner!

Take a look at Tiffany’s outfit in full, below.
2 / 2
The actress promised her dad, who recently passed away, that she would represent her people should she ever attend the awards show.
Photo: Getty

How to Host a Non-Cheesy Oscars Viewing Party
Remember When We Got Ready with Mary J. Blige?
Reflect Back on the Best Looks from the 2017 Oscars