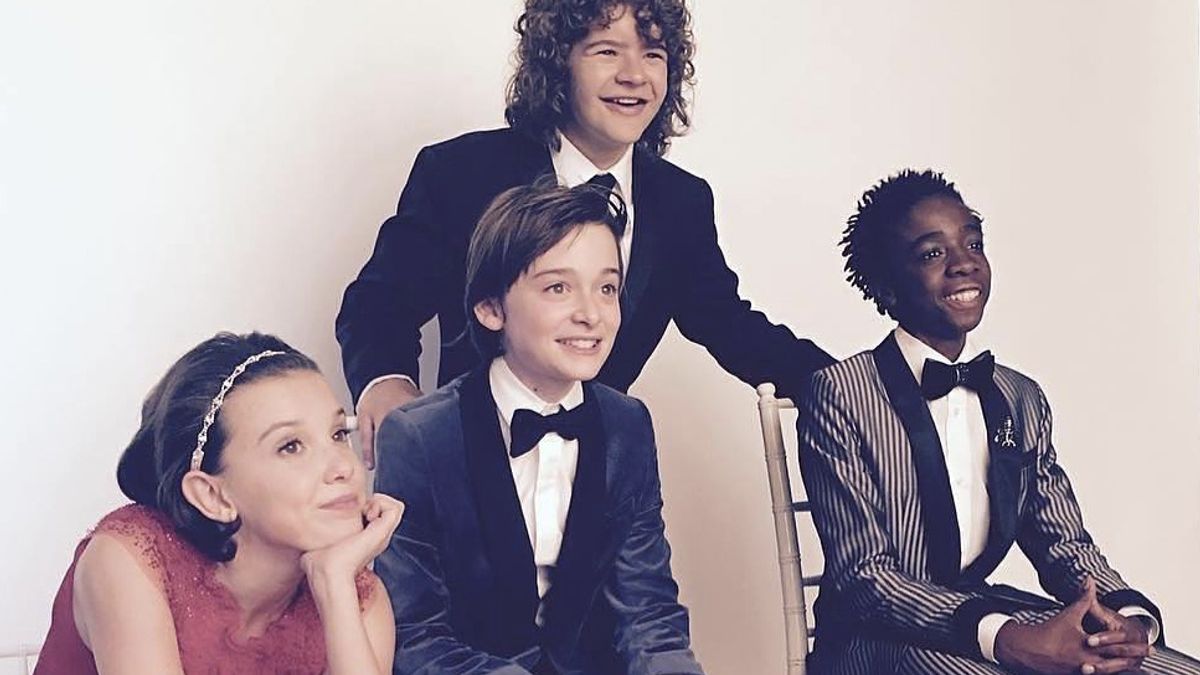 Our favorite Netflix binge finally has a release date.

While we love seeing the Stranger Things kids take over the red carpet and be their adorable selves, there’s always one question in the back of our mind: when the heck is season two coming out?! We’ve been craving more episodes since we ended that binge, and now, Netflix finally has the long-awaited answer. Looks like we’ve all got plans for Halloween, friends.

The quick little preview, which popped up in the middle of the Super Bowl, showed plenty of signs of what’s to come. We’re breaking down the highlights (and more) ahead—but there’s only five, rather than eleven.

1. We’ll Have to Wait a Little Bit Longer

We’ll have to wait until—ugh—Halloween (aka the end of October) for new episodes to hit Netflix, but on the bright side, at least we have a release date. Apologies in advance to all those big, spooky party throwers. We already know how we’ll be spending the night.

We knew the story wasn’t actually over once Will started puking up slugs, but now there’s another monster in town—and it looks like a big, evil spider. On the other hand, those “legs” could be “necks,” making the new villain resemble the Thessalhydra, the creature that popped up in the boys’ game at the end of season one. But where the heck was that thing hiding in the upside-down?

3. And Some New Characters, Too

We didn’t see them in the preview, but Netflix did cast some newbies for season two, including Sean Astin from The Goonies and Paul Reiser from Aliens. Danish actress Linnea Berthelsen has also been tapped to play “an emotionally damaged, magnetic young woman” who has some sort of connection to the lab. Interesting. Interesting indeed.

4. Get Ready for More References

The kids are rocking Ghostbusters gear and the clip begins with an Eggo commercial, but another throwback detail that has people freaking out? The fact that the door-opening, red sky, monster combo looks eerily similar to a scene in Close Encounters of the Third Kind (which was actually released in the late ’70s, not ’80s, if you want to get technical).

5. Something's Up With Will

Obviously. But a sneaky, nanosecond flash of an image shows that’s him on the security cameras, lying down in a chair with wires around his head. It also looks like Eleven’s “Papa” is next to him (along with his mom), which can only mean t-r-o-u-b-l-e for this kid. He can’t catch a break!