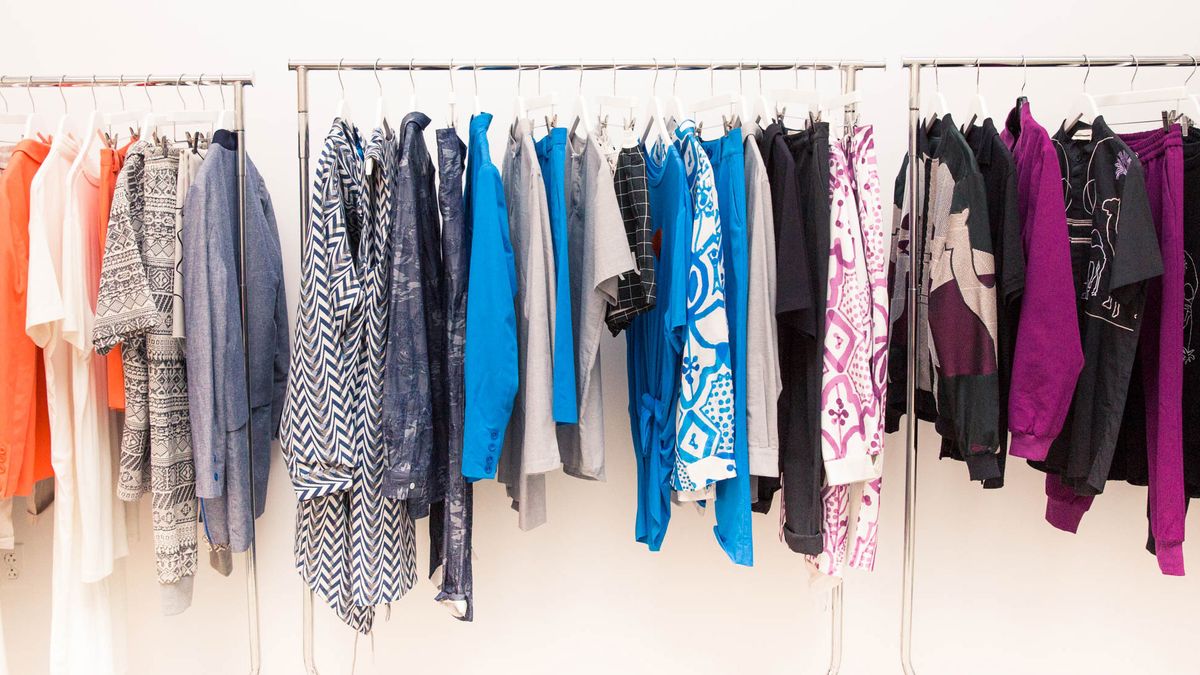 What is it about people who were born and raised in New York? I swear for as long as I live I will never have what they have: the unfathomably wide group of friends they grew up with (a floor below! At PS 59!); the unflagging hustle and relentless drive; inspired entrepreneurial creativity; and the almost blind confidence that whatever it is they’re making or selling or preaching is cool—the thing is, it almost always actually is. Rochambeau is the product of two native New Yorkers—and, yes, it’s a really fucking cool menswear brand that bears all the hallmarks of coming from the minds of those raised in the city that never sleeps.

When we visited Joshua Cooper and Laurence Chandler, the co-founders, designers and friends, at their showroom-slash-chill space in an otherwise very corporate building in the financial center, we got a tiny taste of the hustle that has suddenly made the fashion world—after five years—finally sit up and take notice. Days before, they’d been announced as the US winners of the Woolmark Prize (and will be representing America for the international prize come January), and the next morning they would be welcoming Anna Wintour to their space as part of their vetting as finalists for the CFDA/Vogue Fashion Fund. As we flipped through their “Mick Jagger in Morocco” spring collection (frankly, we’d wear close to everything—forget the fact that it’s meant for boys), we talked about why authenticity actually means something to them, why two is always better than one and, of course, why it will always be about New York.

The origins of Rochambeau:

Joshua Cooper: “In college we were planning parties and doing a lot of events. That turned into creating a brand, and when you have a brand you need to promote the brand, so we started making clothing. We would make clothing for models to go to their castings in so that casting directors would see the brand—we had weird niche ways of getting in through the back door.

“We were trying to represent a vibe. We looked up to some of the OG New Yorkers who were making money on clothing because they had real brands. They proved it was this vibe of a very cool downtown New York where it almost felt like gangs—we aspired to be a part of that. We had no idea that it would escalate to this level but it feels really good that something great has come out of that authentic [origin].

“When we were first dabbling with fashion we were really looking at Europe. Before we were in fashion, we were taking trips to trade shows and seeing what was in the market, visiting friends who had booths. We were like, you guys are making money, it looks like you’re having a great time, how do we do this? In the US there was a lot of heritage, everything was button-ups and khakis, we were looking at Europe and seeing Rick Owens and Raf Simons. There was a void at the time in the States for progressive menswear.”

What makes them different:

Laurence Chandler: “What was so important for us was not only to be observers of culture, but to create. From very early on we recognized that we couldn’t be on the sidelines; we had to put 100 percent in the game and create something. Since the beginning, we’ve been evolving and carrying through on that.”

JC: “We’re also both hunters of things people don’t have. That’s another strong point about our style sense. There are amazing brands out there that I love to buy, but I stop myself because I’d rather buy things that other people don't have.”

LC: “Every single piece in our collection either has embroidery, uses a [special] fabric, has something custom, something so unique—if we start creating a piece that exists in the market, we don’t create it. We create with Rochambeau because we want things that no one else has.”

Why authenticity actually means something to Rochambeau:

LC: “A big part of what we’ve tried to achieve over the years is authenticity. We’re from New York, and the accolades are amazing, but our focus will always be on our core consumer and our friends and the culture downtown that we grew up in. Once you prove your authenticity, the larger entities follow, meaning media and factories and all types of big business. Our strength has been really cultivating a crew in downtown New York and now the larger companies in fashion are starting to respond to it. When somebody starts a brand that you can see through and you know there’s something not real about it, those brands trickle away and disappear. People see that we’re really out here representing New York, busting our ass, we’re hustling; there's no smoke and mirrors. Now the larger people in fashion are now taking notice.”

JC: “It’s the kind of energy where it’s not just us putting forth our idea of what menswear is, it’s really us building a network and a community of like-minded people. At the early stages it was our friends that were supporting the brand first.”

What it means to represent New York menswear:

LC: “It’s just a lot of responsibility. It’s our city and it’s the place where, no matter where we are, in Paris or London or Seoul, and we’re always excited to come back to. When you land in JFK and you see the skyline when you’re driving in, you’re like, ‘Yes, this is where I want to be.’ It’s the same kind of energy that propels the creation of the label and the people around us that we thrive off of.

“It’s also now our responsibility to deliver and put forth that conversation. There’s a unique moment in New York right now where there are a lot of detractors of New York Men’s Fashion Week, and there are a lot of people who are like, whoa, the big guys aren’t here—that only creates more of an opportunity for us to really step up and push the conversation forward. It’s up to us to evolve that.

JC: “What the CFDA has done in New York is really given us a home. It’s created a platform where we’re putting our energy and people can see the energy from the show—it actually translates into sales, which is the most important part of the business.”

Why it’s better that there are two of them:

JC: “Laurence is creatively driven and I'm business-minded—we’re really lucky to be able to work together. We butt heads and keep moving knowing there’s a greater thing at play—that’s the key to success. I actually don’t know how solitary designers do it because every decision weighs so much on you. If you can have a conversation with somebody and talk the ins and outs of why something makes sense or doesn’t, it’s an easier process—we’re in the trenches together. There’s a lot going on that we’re both focusing on. When it comes to shows, Laurence handles a lot of the operational teams that are creating sets and things like that, and I’m looking at budgets and yelling at him.”

The best advice they can give (it’s really, really good advice):

LC: “Especially in New York—this is going to sound very cheesy, but your word is your bond. That’s all you really have when you have nothing else: you’re either going to be there where you say you are or you’re not.”