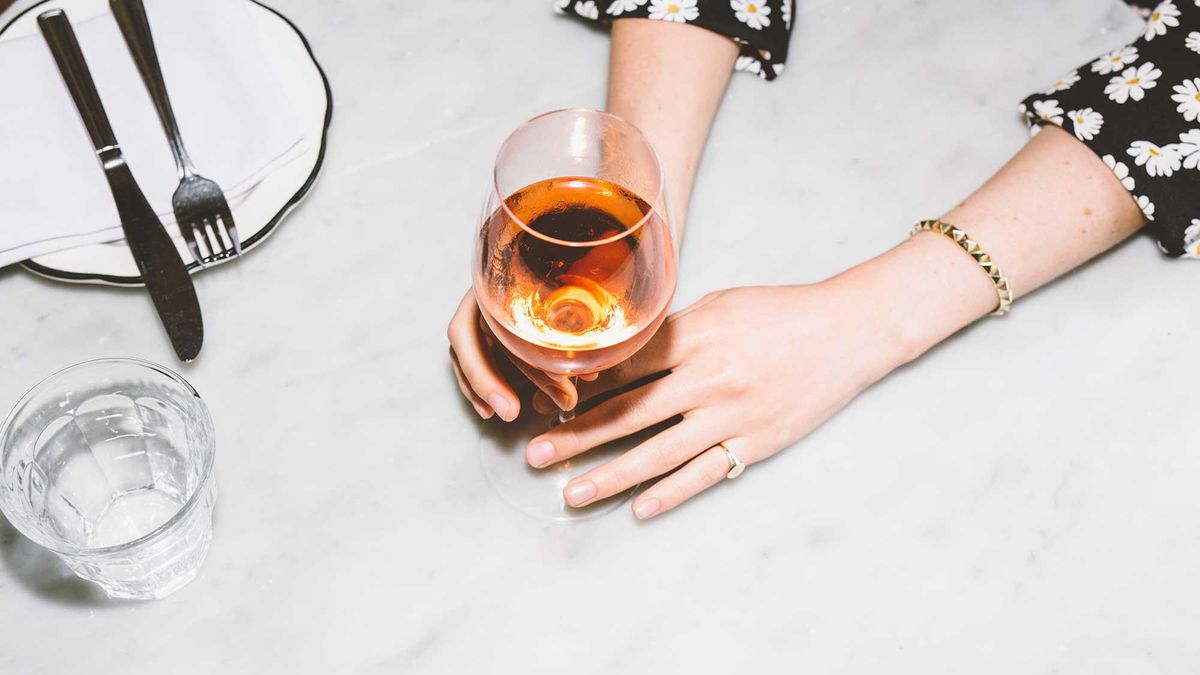 Because sustainability can mean so many things.

The symptoms of climate change—rising temperatures, forest fires, droughts, hailstorms, volcano eruptions—all have a profound influence on winemaking (and more importantly, vice versa). Just as with any form of agriculture, the wine industry has an environmental impact that can really only be remedied with responsible practices. You've no doubt cultivated a healthy amount of skepticism toward marketing's favorite buzzword: sustainability. But despite your inclination to write it off as greenwashing, there are plenty of approaches to winemaking that you can confidently deem sustainable (or whatever term your earth-loving heart prefers). The key is remembering these practices aren't enough in isolation, but rather, they require a combination of efforts.

Sustainability in the wine industry isn't static. A diverse range of factors like which region of the world you're in offers unique challenges when it comes to creating eco-friendly guidelines, many of them evolving as new climate conditions and technological advancements are introduced. It's also worth noting all of this isn't just the winemaker's burden to carry. If you are a consumer of wine, asking questions and using your spending power to bolster sustainable practices is, in fact, the way forward.

The guide below may verge on the side of wine geekism; however, if you're truly ready to translate your sustainability efforts into what you drink, brushing up on these terms and discovering what wines around the world are making a concerted effort to preserve our ecosystem is well worth your time. Besides, wine is fun.

As you delve into the world of so-called sustainable wine, you'll frequently encounter the following terms: organic, biodynamic, and natural. While some winemakers may employ more than one of these practices in their processes, they can't be used interchangeably.

Hallmarks of organic wine include all-organic ingredients (like yeast), no synthetic fertilizers, fungicides, herbicides, or pesticides, and no added sulfites (the latter can be nebulous, as rules surrounding sulfites vary depending on what part of the world you're in). Biodynamic wine was started in the '20s by Austrian philosopher Rudolf Steiner and employs similar practices as organic winemaking, but with a spiritual component. Biodynamic farming practices take into account lunar cycles and view the vineyard as one self-sustaining organism (yes, this is the one that involves a manure-stuffed cow horn that's buried in the ground). Finally, natural wine is where you'll hear phrases like "low-intervention" come into play. Natural winemakers champion the terroir's expression through abstaining from any kind of manipulation (additives, filtering, what have you). If you want a funky wine with sediment, this is the category to consider.

All three of these terms are detailed and complex; however, acquainting yourself with a few distinguishing factors can make a difference when choosing a wine.

A resourceful (and quite cute) way that winemakers avoid using pesticides is through animals. Reyneke in South Africa uses ducks to control the spread of pests. Nyetimber, an English sparkling winemaker, brings on sheep as lawnmowers in the winter. Over in Napa Valley, Artesa also uses sheep and, similar to Hahn Family Wines in the nearby Santa Lucia Highlands, they've employed falconry abatement (falcons snatching up rodents). These approaches to tending the vines, nourishing the soil, and eradicating pests all help to boost biodiversity while avoiding chemicals that are bad for the environment.

Brush Up on Some Regions

An approach to finding responsibly made wine is learning which regions are known for these practices. Ninety-nine percent of Sonoma County's vineyard acreage has been certified sustainable by a third-party program; that's a good place to start. And though wine critic Jancis Robinson observed late last year that Americans lead on sustainable viticulture, areas like Montecucco and Alto Adige, both in Italy, are also making strides. The majority of Montecucco's grapes, an appellation in the south of Tuscany, are certified organic and its winemakers employ biodynamic and organic practices. Giovan Battista Basile is one leader of that movement and is aiming to create an official "sustainable wine district" within Montecucco. Alto Adige is in the north of Italy, bordering Austria and Switzerland, and there are several wineries there focusing on biodynamics and sustainability (Lageder, Manincor, and Pranzegg, to name a few). The 2030 Alto Adige Wine Agenda is a plan to increase sustainability in the region throughout the next decade, focusing on five pillars: soil, vines, wine, territory, and people.

Agriculture threatens wildlife, which is why many winemakers actively promote biodiversity. In southern France, Chêne Bleu's SustainaBEElity initiative harnesses the power of bees to improve fine-wine grapes while nurturing the bee population. Biltmore Winery in Asheville, North Carolina, plants milkweed to support monarch butterfly populations on their migration. Back in the '70s, a highway construction project threatened an adjacent marshland that was next to Chateau Magnol and homed a threatened turtle species. Eventually, the marsh was set up as a nature reserve and the highway project rejected. Over in England, Nyetimber designs its vineyards with "wildlife corridors" so as to not disrupt surrounding wildlife and to protect their habitats by replanting the surrounding woodland and wildflower meadows.

Unless you're a wine geek with a capital G, you don't have to memorize every single wine sustainability certification and designation. However, it helps to be aware that they exist, and if you see a sticker or seal on your bottle of wine, it's an indication that the winemaker follows a set of guidelines. A few examples include: USDA Organic (e.g., Castiglione del Bosco, Flowers Vineyards & Winery), CCOF (e.g., Ehlers Estate), WWF (e.g., Graham Beck), SIP (e.g., Hahn Family Wines), LODI Rules (e.g., Oak Farm Vineyards), HVE (e.g., Out East), LEED (e.g., Frog's Leap Winery) NOP3 (e.g., Veuve du Vernay), Certified B Corp (e.g., Fetzer), SWNZ (e.g., Loveblock Wines). There's a vast landscape of certifications and designations, each with its own unique rules but all with a similar goal of achieving progressive sustainability.

Some wineries aim to offset their impact on the environment through implementing regenerative practices. Backsberg in South Africa was one of only three in the world to gain the Carbon Neutral Winery status back in 2011 and won a Greenpeace award for climate-change leadership. Wineries such as Riboli Family Wines, Hahn Family Wines, and Biltmore are powered by solar panels, and Las Moradas de San Martin only uses water to clean at the winery, which is later used to water new plantations. Other smart techniques include Biltmore's cooking oil waste that is collected to recycle into biodiesel and then powers the vehicles used in the estate's farming and agricultural work. On an even more granular level, some winemakers opt to use organic ink and recycled paper on their labels, like Veuve du Vernay, and others offer 100 percent plastic-free shipments, like Podere Le Ripi, a biodynamic winery in Montalcino.

Cans are 400 times lighter than glass bottles and can reduce emissions from shipping up to 80 percent, according to Nomadica. They are also a great option if you want a glass or two of wine without having to worry about preserving a bottle's characteristics for the next day. Also worth considering: boxed wine. They also offer lighter-weight packaging (aka smaller carbon footprint) and are recyclable, like the ones offered at Our Daily Wines that stay fresh for four weeks. And no, you don't have to only drink from cans and boxes, but when you see it in your local wine shop, don't write it off.

Some winemakers harvest by hand because their vineyards are on slopes too steep for machinery. This approach also happens to be good for the environment. For example, in Trentodoc, a wine region nestled in Northern Italy's Dolomite mountains, almost all of the producers harvest by hand, like Maso Martis. Over on the Sonoma Coast, Flowers Vineyards pick each cluster by hand, with harvest beginning in fall beneath the moonlight. Castiglion Del Bosco in Montalcino gathers grapes by hand and places them in aerated 15 kg boxes. In doing so, mechanical harvesters and their emissions are excluded from the process. Naturally, this approach is labor intensive and fair labor wages and conditions must also be implemented (Bonterra is an excellent example of this; they pay a living wage and offer programs that promote quality of life, education, and improvement, including free courses teaching English as a second language as well as financial literacy programs).

There are innovative alternatives to synthetic fertilizers which many winemakers are implementing. Sebastiani Vineyards in Sonoma County keep their vineyard soils rich in microorganisms by adding compost to retain moisture and improve water circulation. Natural fertilizers add life to the soil by supplying bacteria, phytonutrients, and trace elements. And remember those sheep in England's Nyetimber? Aside from serving as "lawnmowers," their droppings also serve as natural fertilizer.

If you're a vegan, then you likely already know that wine is often made with animal products such as egg whites and fish gelatin (this occurs in the final stages, like fining). Querciabella in Tuscany has eschewed this practice and since 2000 has operated with a 100 percent plant-based approach to biodynamics. If you're on the hunt for a wine that doesn't involve traces of animal-derived ingredients, reach for options such as Kaiken Wines, The Vice Wine, Sangre de Toro Original 2018, or Viña Esmeralda's Sparkling Brut 2018 that's clarified only in Bentonite.

Winemakers like Alan Viader are harnessing technological advancements to improve sustainable farming. His eponymous winery uses weather-monitoring technology, sap-flow sensors, and NDVI mapping to ensure more informed and targeted irrigation decisions are made. The aforementioned technologies plus DRI emitters provide information invisible to the human eye, and over the past decade, Viader has achieved a 50 percent reduction in water use because of this. Though it's a stark contrast from methods used in, say, natural winemaking, these innovations are inarguably a unique path forward for the future of sustainable wine.