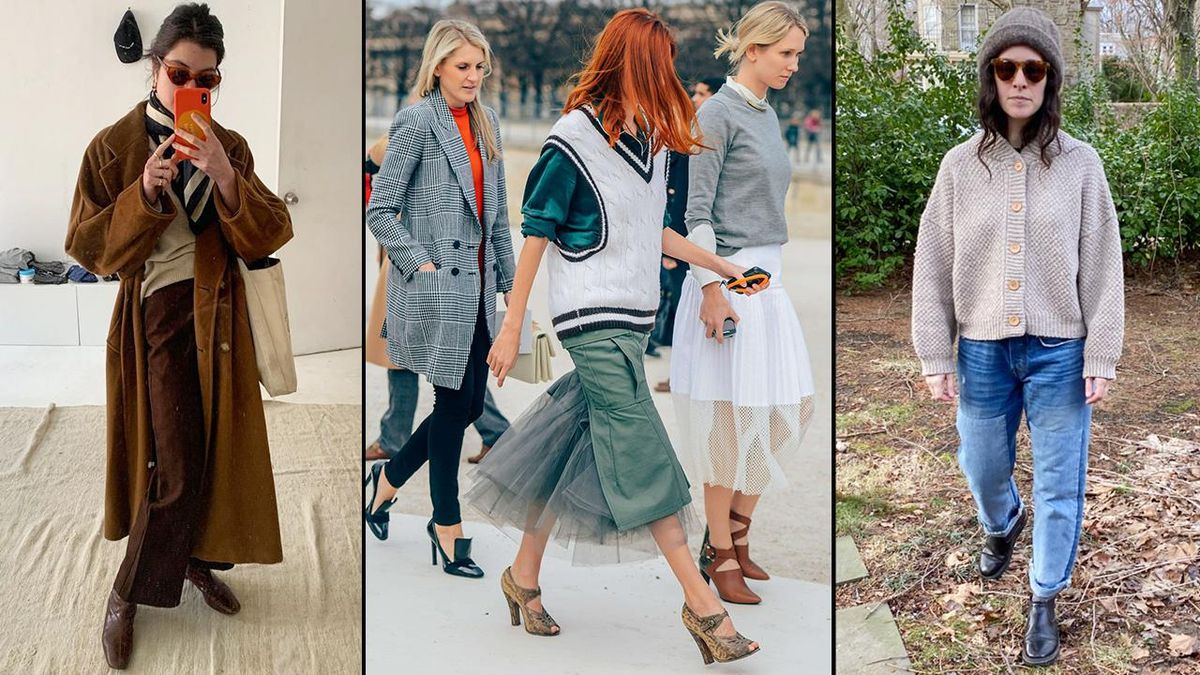 We asked our favorite tastemakers to interpret the subjective term.

As shoe designer Chloe Gosselin ran through her latest spring collection via Zoom, she held up her classic Morgan silhouette in leopard and leaned into the common categorization of the beloved animal print as a neutral. In a similar trajectory to that of a breton stripe, this popular pattern has become such a wardrobe staple that it now constitutes neutrality within the context of fashion.

The louder nature of these patterns chafe against the traditional connotation of neutrals as simple pieces rendered in white, black, and beige colorways. So then what does a neutral constitute? The answer is subjective. "I would definitely consider metallics neutrals and even animal prints," explains Gosselin, who then adds, "Leopard really goes with anything, doesn't it?" The premise of the term is that it describes pieces that can be easily paired with other items in circulation. The shifting variable then becomes whoever's closet you use as a backdrop.

Taylor Tomasi Hill, creative and fashion director of shopping app The Yes, similarly articulates a neutral is anything she can "pull out and wear with anything else." For Hill, that includes a Junya Watanabe army-green tulle skirt and LABUCQ Boomer sandals. The skirt, which would intimidate most, is "a statement piece, but counts as a neutral in my book because I can pare it back with something super simple on top and it works.

"I consider some of my boldest pieces 'neutrals' just because of how well they mix," she continues. Hill, whose personal style is ever-evolving, also has a few more by-the-book neutrals, such as Helmut Lang and Nili Lotan sleeveless muscle tees and Kule's classic stripes (another popular "neutral" print). "I wear my neutrals the most," she says, alluding to the application of their aforementioned definition. "Even though I'm in fashion, I don't have tons of time to plan looks and lay out pieces. I mean, who does? So I gravitate toward pieces that make me happy but can still co-exist together."

Leah D'Ambrosio, founder and designer of Wol Hide, classifies a pair of blue jeans and a classic white t-shirt as her neutrals—sound familiar? She typically constitutes neutrals in the context of her own style as raw natural materials, "so an undyed, unbleached silk, cotton, or wool. I also love a peachy beige, a deep indigo blue, or denim and army green as neutral colors. I really don't own any patterns, but for me, a texture or a variegated material or yarn acts as a pattern."

Though her personal mentality aligns with the more traditional construct of the term, her definition has evolved past it. "I think, generally, a neutral is a color that can go with most other colors. I see neutrals as personal depending on your style, so what works as a neutral for one person who wears a lot of color and print might not work for someone like me, who wears mostly muted tones."

Object Limited's Anna Gray views the term in a more scientific fashion. "Neutrality can be as easy as a good blue jean or diffusible color (think pastel lavender or cream)—something to build upon with other tints and textures." Her ultimate neutral is a vintage cognac Max Mara coat that she pairs with every color of the rainbow. She also gravitates towards a vintage navy V-neck Notre Dame sweater. "It's quite sporty-looking, but the navy is dark enough to work with every other color, and the neckline allows for a peek at whatever layer is underneath."

"In the art space, a neutral is a color made of two complementary colors and can be lightened or darkened with white or black, creating this beautiful palette of browns with hints and hues," explains Gosselin. "In fashion, we can rewrite the rules. To me, a neutral is simply a color that goes with everything, so it is limitless and really depends on personal taste."

Gray examines the term on an even smaller scale, contextualizing the definition within the confines of your particular ensemble versus your overall style. "If you get the overall color tonality of the outfit right, anything can be a neutral. Leopard? Neutral! Wear with other browns." She then shifts the term from noun to verb, hypothesizing, "You could also make this philosophical and say dressing the opposite of one's typical presenting form (femme, masculine) is an act of...neutralizing?" So oversize sweaters and loose slacks with delicate pumps or ruffled blouses. Green tulle or leopard shoes with simple tees and denim. "Maybe 'neutral' is a mindset rather than an item!"