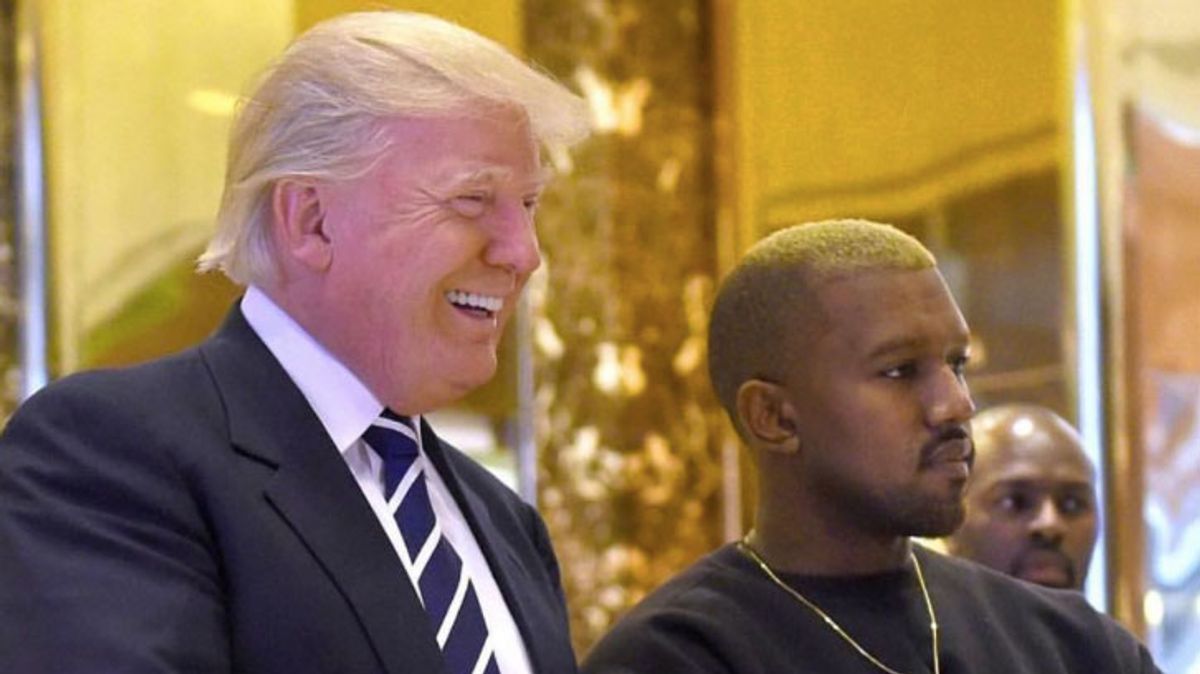 What Kanye West & Donald Trump Talked About This Morning

By now, we should be surprised by very, very little that Kanye West does. But lo and behold, he managed to shock us following his pro-Trump concert rant by having a meeting with the President-elect this morning. Yikes.

Because we can’t actually be a fly on the wall—nor are we really able to grasp the full potential absurdity of their conversation, we’ve gone ahead and imagined exactly WTF they could be discussing. Although given how much Kanye loves Kanye, and Trump loves Trump, it’s hard to imagine they’re talking about anything other than themselves.

Kanye just resurfaced with a newly bleached hairdo. After the requisite ten minutes spent complimenting each other on their fabulous hair, we’re sure it quickly devolved into complaining about how hard it is to maintain.

2. Shared Love of all things gold and ornate.

By now we imagine Trump and Kanye are planning how they can turn the White House into a full-on palace. No surface shall go un-embellished, or un-gilded.

The rapper and President-elect share a love of McDonalds—thus we must assume they’re splitting a large order of fries and a six pack of McNuggets.

If they can actually peel themselves away from their Twitter accounts, we have to think they’ll both share a tender moment over their mutual love for the social media app.

Apparently, Trump is having a hard time attracting the caliber of *star power* he wants for the January 20th inauguration. So maybe this means we can expect a performance from West himself?

Given that he’s promised/threatened to run for president in 2020 (again, ugh) maybe they’re discussing Kanye’s campaign plans? We’re sure by then Trump himself will be sick to death of actually being president, so he’ll want to pass the torch to a worthy megalomaniac.