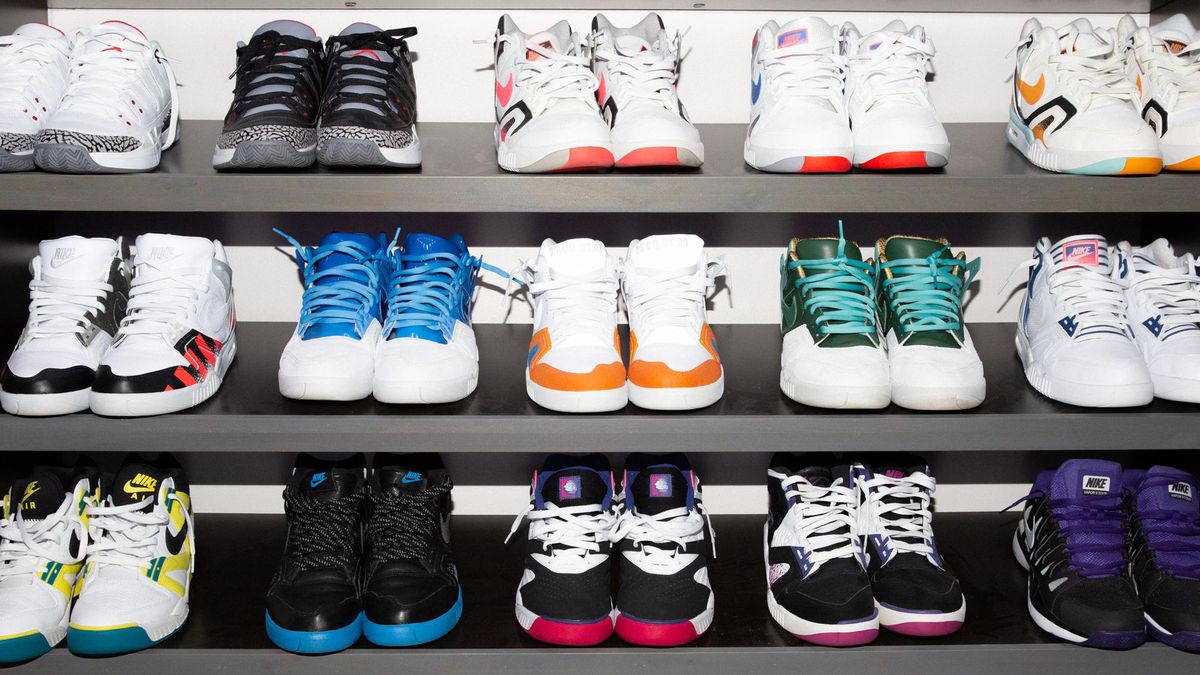 The Evolution of the “Hype” Sneaker

Today's most popular styles are refreshingly easy on the wallet.

The words hype and sneaker are often synonymous, at least in fashion. As stars like Kanye West and Pharrell, alongside brands like Dior and Sacai, lend their name and style direction to new collaborations, they stimulate a chronic ebb and flow of the cycle of fads, trends, or "hype," as one might call it, so characteristic of the early aughts and 2010s.

The sneaker industry grew up around this initial intersection between streetwear and luxury, as platforms like StockX emerged in order to provide access to the hottest, most coveted styles, though often at a high price tag. But in true industry form, yesterday's hype style is today's fashion faux pas, which means celebrities, in some cases, have ditched the super-exclusive picks and opted for what may have previously been considered sleepier styles.

Take for instance the current popularity of the seemingly retro adidas Samba. Not only has the style, more commonly associated with soccer players in the '80s and '90s, been worn by icons from A$AP Rocky to Bella Hadid, it has also served as the collaborative subject for stars like Jonah Hill and Grace Wales Bonner—both of whom command a certain respect in the 'fit world.

Consider the Vans Old Skool, a favorite of Harry Styles, or the Converse Chuck Taylor, repeatedly donned by Kaia Gerber and Gigi Hadid. The simpler shoe styles emerge as the favorites of those who could have the hype versions if they wanted. Perhaps this shift parallels the subsidiary nature of peacocky influencer culture in favor of personal-style-focused street style. Though regardless of point of origin, it's friendly to wallets everywhere.

The theory extends to the realm of collaboration, as well. "It's fairly easy to add your name to an iconic sneaker model like the Jordan 1 and produce a hype release. It's far more impressive when an artist takes a slept-on silhouette and makes it coveted," explains Jesse Einhorn, senior economist at StockX, who then points to Bad Bunny, heir apparent to the collab throne, and his work on the adidas Forum. "Before Bad Bunny collaborated on his two Forum releases, the average Forum on StockX resold for a relatively paltry price premium of 16 percent. By contrast, the two Bad Bunny Forum collabs are trading for 250 percent to 350 percent above retail. In other words, Bad Bunny was able to increase the typical Forum premium by as much as 20 times."

Sophia Chang, founder of Common Ace, a platform that operates in antithesis to the starting-to-be-dated notion of uber exclusivity, says that celebrities are actually helping to water down the idea of one hype style. "With the rise of stars and celebrities adopting more sneaker styles into their everyday looks, it supports the sneaker community by creating more demand and encourages corporate brands to create more mainstream full size runs, production availability, and styles for everyday sneaker collectors," she explains.

Einhorn takes that idea one step further. "Almost everyone has some kind of connection to sneakers," he says. "They hold different meanings for different audiences but in every instance serve as a vehicle of self-expression and a way for people to connect with brands, celebrities, and communities that may otherwise be out of reach. Even if you can't afford Bad Bunny's Campus '80s, you can wear any pair of Campus '80s and feel connected to Bad Bunny."

So what does hype even mean anymore? "For the past three years, the best-selling Nike sneaker on StockX is the Air Force 1 Low White '07, which trades for just $10 over retail—a perfect example of how classic releases continue to perform, even in the absence of hype," notes Einhorn, a notion reiterated by Chang. Sneaker culture is no longer niche, and its widespread reach leads to greater accessibility. In other words, you don't have to spend a million dollars for a cool pair of kicks—it's time to simply wear what you want.

Shop Our Favorite Accessible Styles Below: