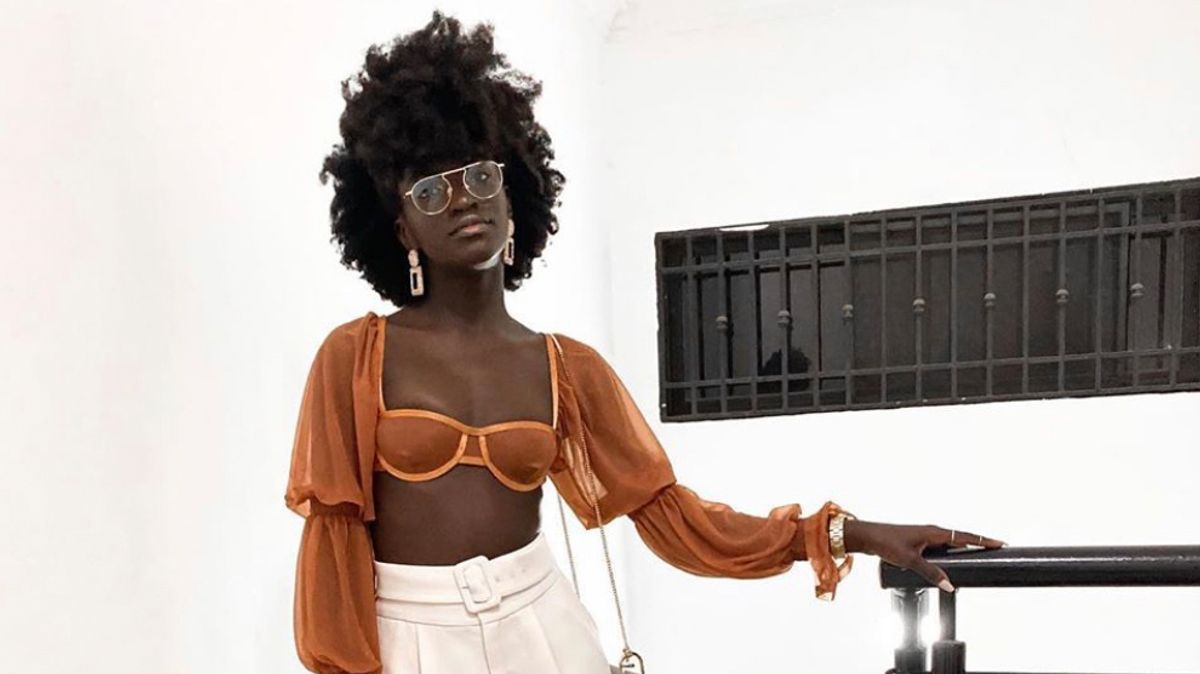 The importance of expression.

Natra Zeryihun
Fashion is one of the purest forms of self-expression that we have at our disposal as humans. The way we dress is a reflection of how we feel and who we are. Rejection by society of what we choose to wear is therefore a denial of our worth and an invalidation of our creativity. This is a reality that Black women have lived with for generations in America, and one that Western culture has yet to reckon with. The hyper-visibility of Black women’s bodies (a legacy which dates back to slavery) underlies the unfair policing of our fashion choices. With the recent global protests surrounding the death of George Floyd, companies and people from every corner of the world have made pledges to check their biases and take measurable steps to combating racial injustice. But what does that actually mean? What does a world look like where Black people are allowed to show up and be their most authentic selves?

I had the opportunity to explore this topic further with Black content creators and models who shared with me their personal struggles with societal standards of beauty and their refusal to be limited by them.

Photo: Chloe Devine
Afro-Parisian meets Brooklyn street, Rhianna Jones’ style is a burst of personality, sparkle, and pure creativity. “I personalize everything, from crystal buckles on my Nikes to the flower in my Fro.” She cites style as a transformative force through which she developed body positivity and the ability to transcend reality. “Think about how marginalized communities are oft the most stylish—Black, trans, queer, etc. Through fashion, you can become a walking piece of art and shift your energy with a simple lipstick or killer shoe. I’ll be playing dress-up till the day I die.”

But this confidence didn’t come overnight. In discussing how being a Black woman has affected her fashion and beauty choices, Rhianna acknowledges that it’s been a long road. “Our bodies, voices, hair, and style take up space. Rather than being celebrated and given that space, we’ve been conditioned to manage our bodies and minimize our self-expression. High fashion is rarely designed for us or by us. Especially in the conversation of hair, Black women have been policed and punished for our natural hair, but we’re reclaiming our roots.”

This policing of Black hairstyles goes back to the Tignon laws of the 1700s, which required that Creole women of color cover their hair with a tignon (scarf or handkerchief) as a way to avert the excessive attention that their elaborate hairstyles drew from white men. The coverings were a way to indicate that they belonged to the slave class, despite the fact that some of them were “free.”

Photo: Ace Vision
Model and content creator Anima Agyeman has relied on fashion as a sacred defense against the bullying she received throughout school for her darker complexion. “I guarded my style preciously; I was not going to allow it to be a casualty in the hands of my tormentors. It just made me happy; fashion gave and still gives me joy, even if my obsession with it started from a painful place.”

Reflecting on her first memory of having her identity and self-expression censored, Agyeman recalls walking into her seventh-grade accelerated math class toting a red Rocawear fit and Nikes and being asked if she was in the correct class. “You couldn’t look a certain way or wear certain brands and be in AP classes is what my teacher alluded to, whether she knew it or not.”

Despite her unequivocal style and taste, Agyeman describes still feeling restricted in her fashion choices. “Like, I want to do more with my style but feel stifled by external and internal factors. I’m exploring mixed patterns and textures recently, but traditionally I’ve kept things relatively simple. I don’t know if I let the projections of others force me into a simpler style, or if it’s my own hesitancy—or both.”

This double consciousness, a key racial construct identified by sociologist W.E.B. Du Bois, is defined as always looking at one’s self through the eyes of a racist society. Black women are constantly measuring every style decision down to our nail polish color against a society that often looks back in contempt.

Photo: Courtesy of Lena Farl
Affirming a sense of self through style has also been a complicated journey for Lena Farl, a Parisian style blogger influenced by the duality of her French and Creole identity. “In high school, it was all about setting aside my Black identity so that I could appear more ‘white’ because I thought that was the norm. I couldn’t really claim my Parisian style because for a long time the Parisian style was only embodied by a white, skinny woman with long, straight hair, excluding Black girls, who were more associated to streetwear fashion, for example, and therefore could not represent this romantic and chic image of this Parisian woman.”

Black women, especially those with more voluptuous bodies, have historically been underrepresented in Western media due to this notion that Eurocentric features and body types are superior to any other.

Our features and body parts have, however, always been the subject of white gaze. This fascination with our bodies is best reflected in the story of Saara Bartman, a 19th-century slave who was exhibited at freak shows around Europe due to the fetishization of her large buttocks and genitalia. Today, features such as big lips and a big butt, once seen as bizarre and indecent on Black women’s bodies, are admired on white women’s bodies. This normalization of Blackness only when it’s on a white or white-presenting body is one of the many ways in which Black people are still disempowered by society.

Photo: Courtesy of Londyn Douglas
Despite the attempts at stifling Black women’s creative self-expression, we’ve always managed to defy norms and set new standards through fashion, beauty, and other mediums. Vintage curator Londyn Douglas reminds us that “as Black women, we do not seek approval of others at all. We create our own standards and trends that are then stolen by the rest of the world.” Though the Tignon laws certainly prevented Black women from showing their natural hair, the Creole women of Louisiana styled their headscarves in elaborate fabrics and jewels—an action which technically met the letter of the law but also allowed them to maintain their standards of fashion and beauty.

Our defiance against the limitations that society constantly tries to impose on us is, however, a burden that we shouldn’t have to perpetually carry. To create an honest sense of inclusion in the world, it’s important that people of color are allowed to feel as though they can express themselves in the same ways that others can.

Will Quarantine Be the Death of the High Heel?
A Walk Through the Decades with Stylist Misa Hylton
Meet the Designer Making Elegant Clothes for Cool Girls
More From the series Fashion