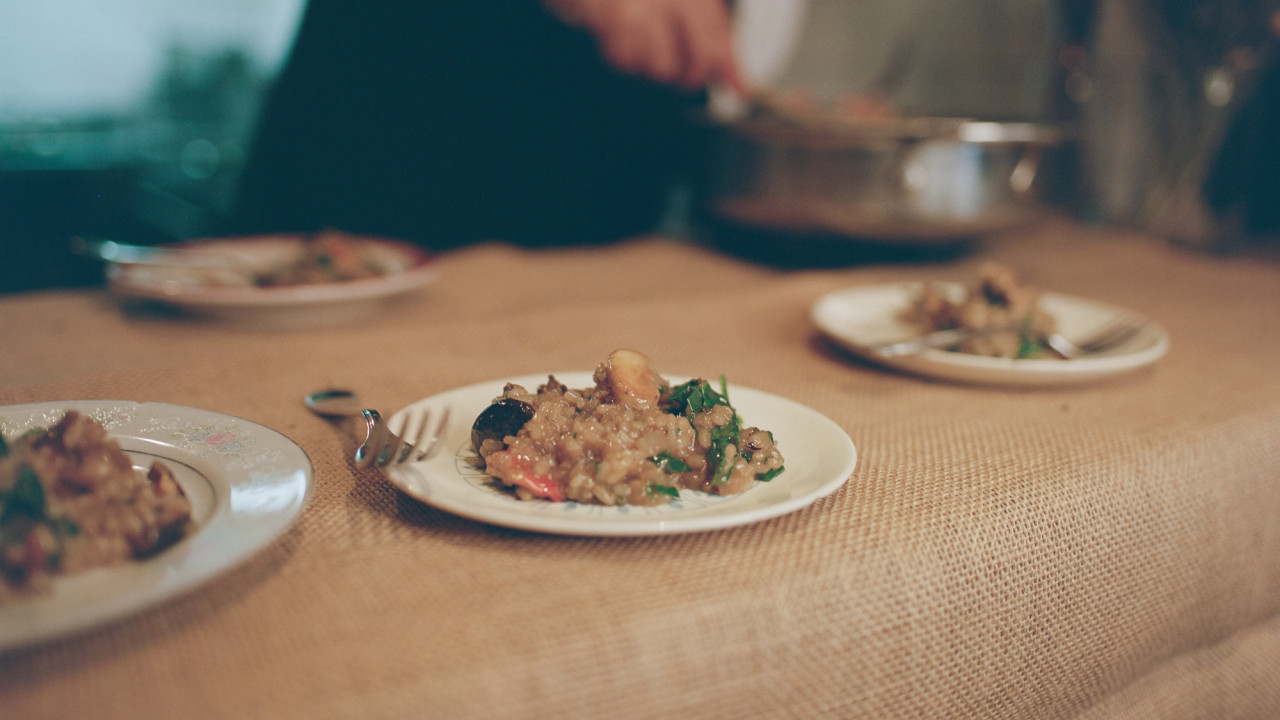 In the Kitchen with Waris Ahluwalia and Marco Canora

Risotto that’s not that scary to make.

Risotto—you know, that seemingly complicated dish oozing with creamy perfection and typically topped with delectable cheese? So it turns out it’s actually not that complicated to make. We spent an afternoon inside Hearth’s kitchen watching Waris Ahluwalia and Marco Canora piece together a vegan, gluten-free risotto packed with freshly picked mushrooms, a collagen-rich broth, and a boost of immune-boosting botanicals. Check out their video below to try your hand at this fast and healthy risotto. 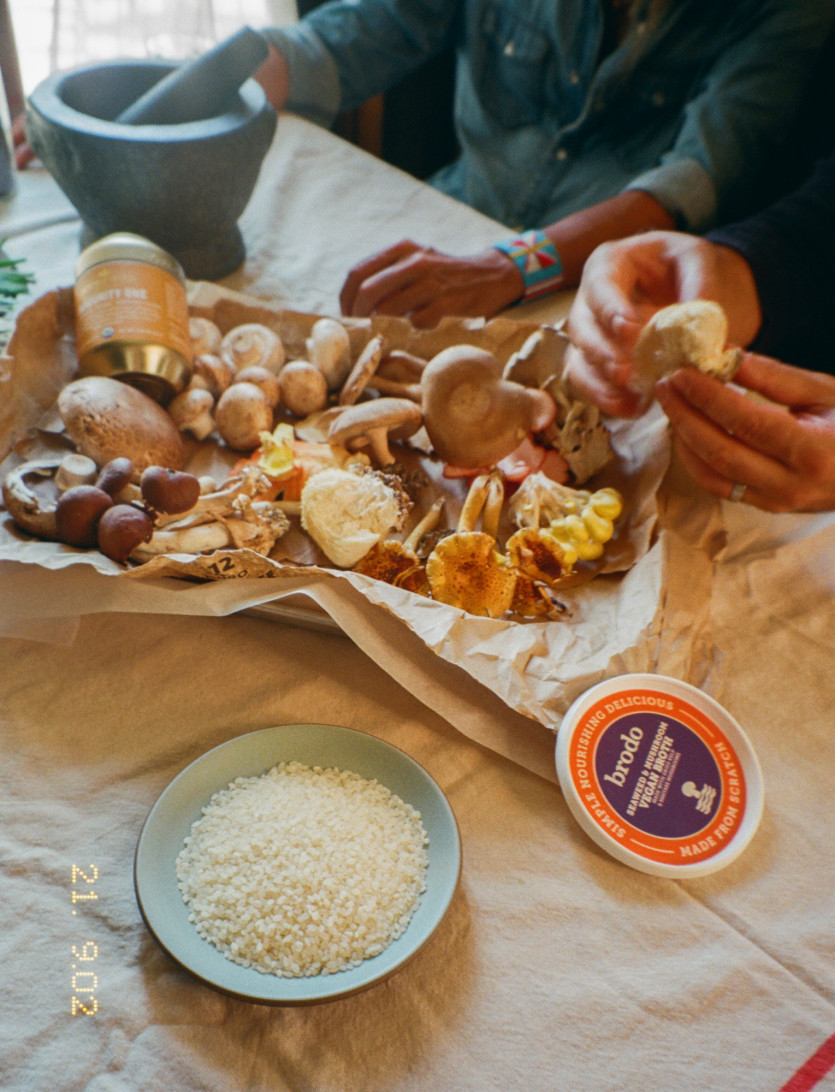 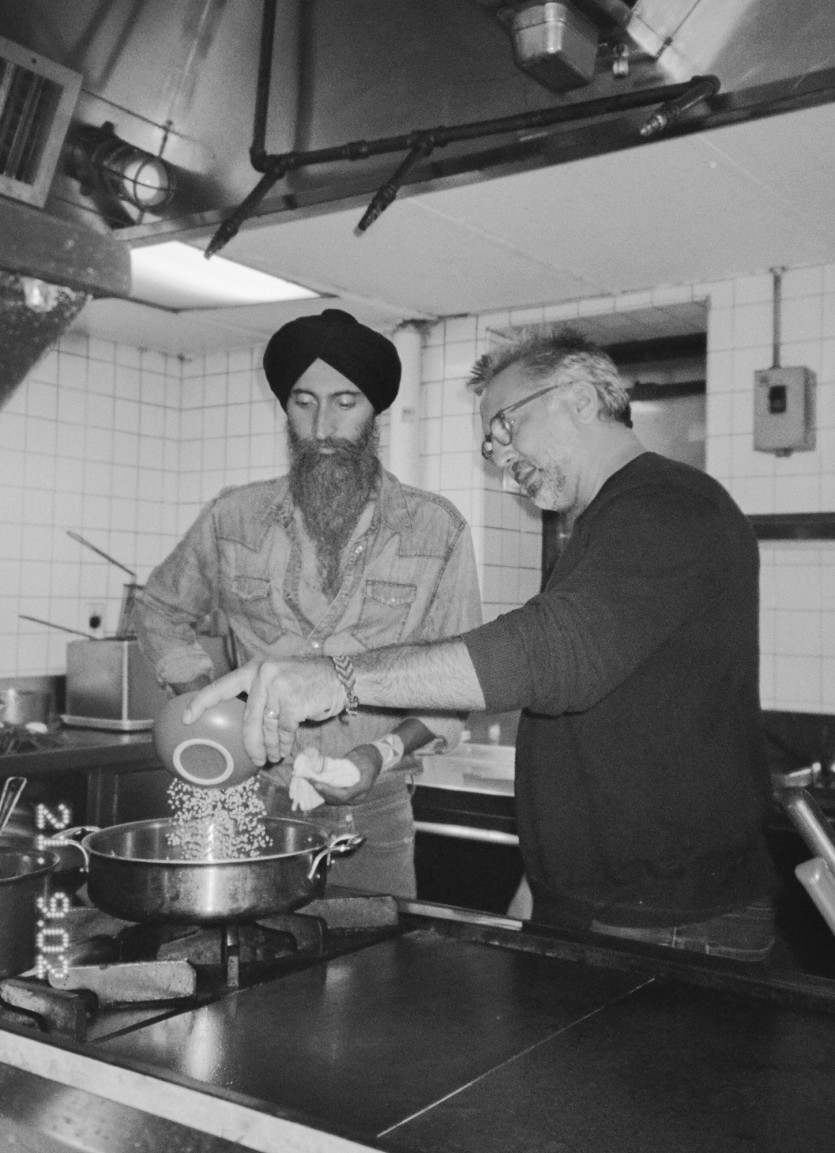 1. Heat two tablespoons of extra virgin olive oil in a skillet over medium-high heat and sauté mushrooms until lightly browned on all sides. Season with salt and pepper, and set aside.

2. Bring the Brodo vegan broth, two sachets of House of Waris Immunity One blend, and one cup of water to a boil in a saucepan and reduce to a low simmer.

3. Heat four tablespoons of extra virgin olive oil in a large sauté pan or high-sided skillet over medium heat. Add all of the onions, season with salt and pepper, and cook, stirring occasionally until the onions soften and become translucent—about five minutes.

4. Increase the heat to high and add the rice. Stir and coat the rice in the fat and onions until it is lightly toasted and you hear a bit of snap, crackle, and pop.

5. Stir in wine and cook for one minute until all wine has evaporated.

6. Add just enough of the hot broth to cover the rice, approximately one cup, and reduce heat and stir until rice is completely dry, about five minutes.

7. Continue step six over and over until the rice is fully cooked—this will take approximately 20 minutes.

8. With the last addition of broth, add the cooked mushrooms and stir into the cooked rice.

9. Plate the risotto and finish with botanicals from an Immunity One sachet that has been pulverized in a mortar and pestle.

In the Kitchen with New Orleans Food Blogger Natalie Tate
Move Over, Wine—Sake Is Our New Go-To Beverage for Fall
The 15 Snacks That Get Coveteur Staffers Through the Workday