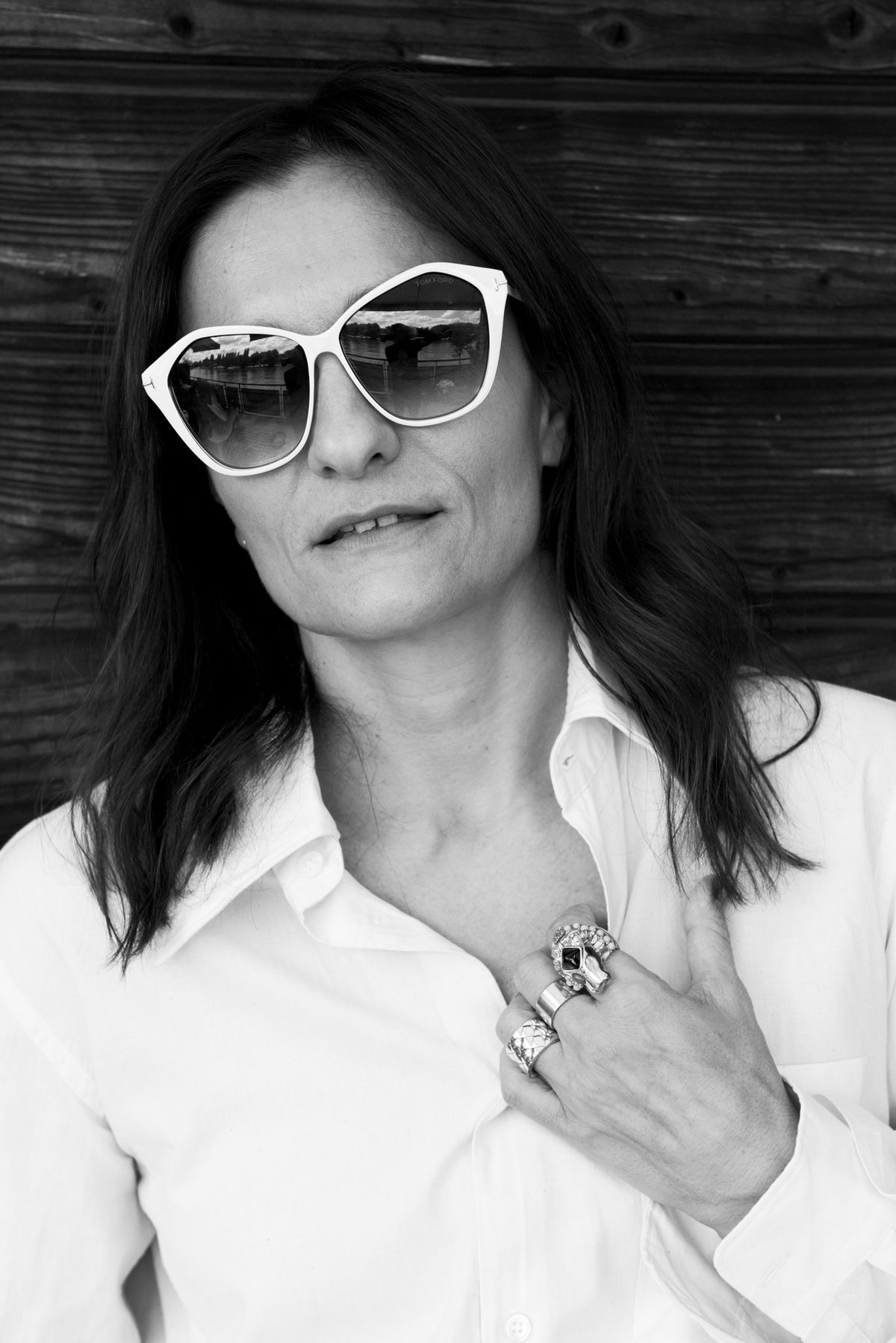 That time we pored over the designer’s incredible wardrobe. France.

Four years ago we released The Coveteur: Private Spaces, Personal Style, our book exploring the homes and wardrobes of some of the world’s brightest fashion luminaries. A handful of the stunning closets from the time have never been published online—until now. Today we’re taking it back to July 2015, when we had the pleasure of shooting with designer Laurence Dacade in her houseboat on the Seine, just outside Paris.

We consider ourselves lucky enough to call Paris one of our semi-regular haunts, from our bi-annual expeditions for Paris Fashion Week to the spontaneous outings to visit the likes of French designers Olympia Le-Tan or Aurelie Bidermann. And thus, we’ve become relatively familiar with the city (or as familiar as one can be when you don’t quite speak the language, nor can you pull off actually looking like you belong in that inimitable Parisian way), at least as far as your typical Left Bank versus 9th arrondissement versus Place Vendôme goes. But then, we’d never visited Laurence Dacade before.

It’s not for lack of trying, however. We’ve been following Dacade ever since we woke up to the fact that she has a large hand in the creation of every piece of CHANEL footwear we’ve ever coveted. Those chain-strapped patent boots? The quilted combats? The cap-toed kitten heels? All her. Seriously. That and the undeniable truth that a solid percentage of the shoes on our online wish lists bear her name. It’s a cliché, but just like every other fashion person out there, we’re shoe obsessed. Therefore Dacade = a must-shoot.

But then—wild card!—we learned that Dacade lives with her husband and next door to her best friend (also her publicist and our new pen pal) in a houseboat on the Seine. A closet full of CHANEL in a home unlike anything we’ve ever seen before? This, friends, is what we call Coveteur catnip. Flight to Paris booked, we found ourselves on board in the middle of July. And yes, there was an extraordinarily good edit of both CHANEL and shoes on hand. We mean, who needs a summer vacation when this is your every day?

That time we pored over the designer’s incredible wardrobe. France.

Inside Alice Temperley’s Boho-Meets-Glam Closet
Christian Louboutin Let Us Inside His Paris Apartment for Coveteur’s Book
Are you Sitting Down? Tamara Mellon Opens the Doors to her Shoe-Filled Closet
Part of the series: