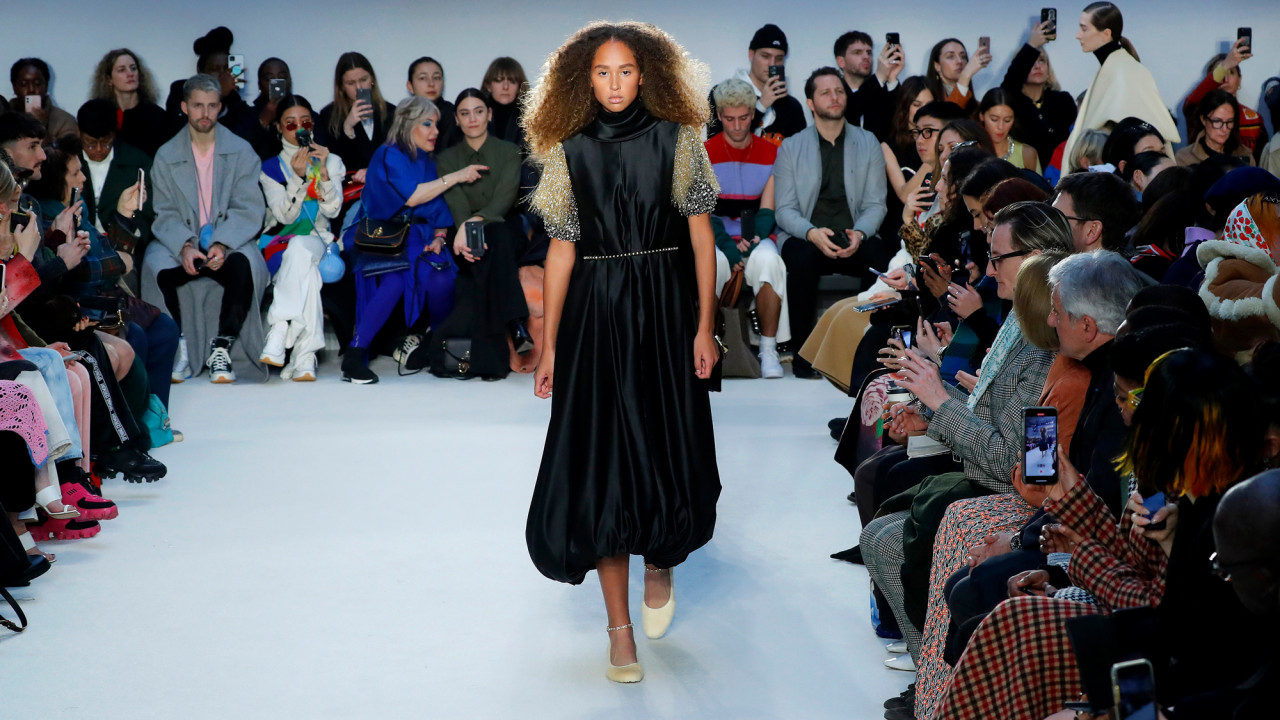 London’s fashion scene has a rich history of taking risks, challenging the establishment, and promoting young talent. The city’s fall collections undoubtedly affirm that legacy. Living in a post-Brexit UK led by a Tory government, British designers are edging toward rebellion—they’re subverting yuppie uniforms, serving up megawatt evening wear, and countering ubiquitous malaise with shimmer, shine, and nonchalant simplicity. And yet, London Fashion Week has proven itself more than a defiant end-of-the-world party. 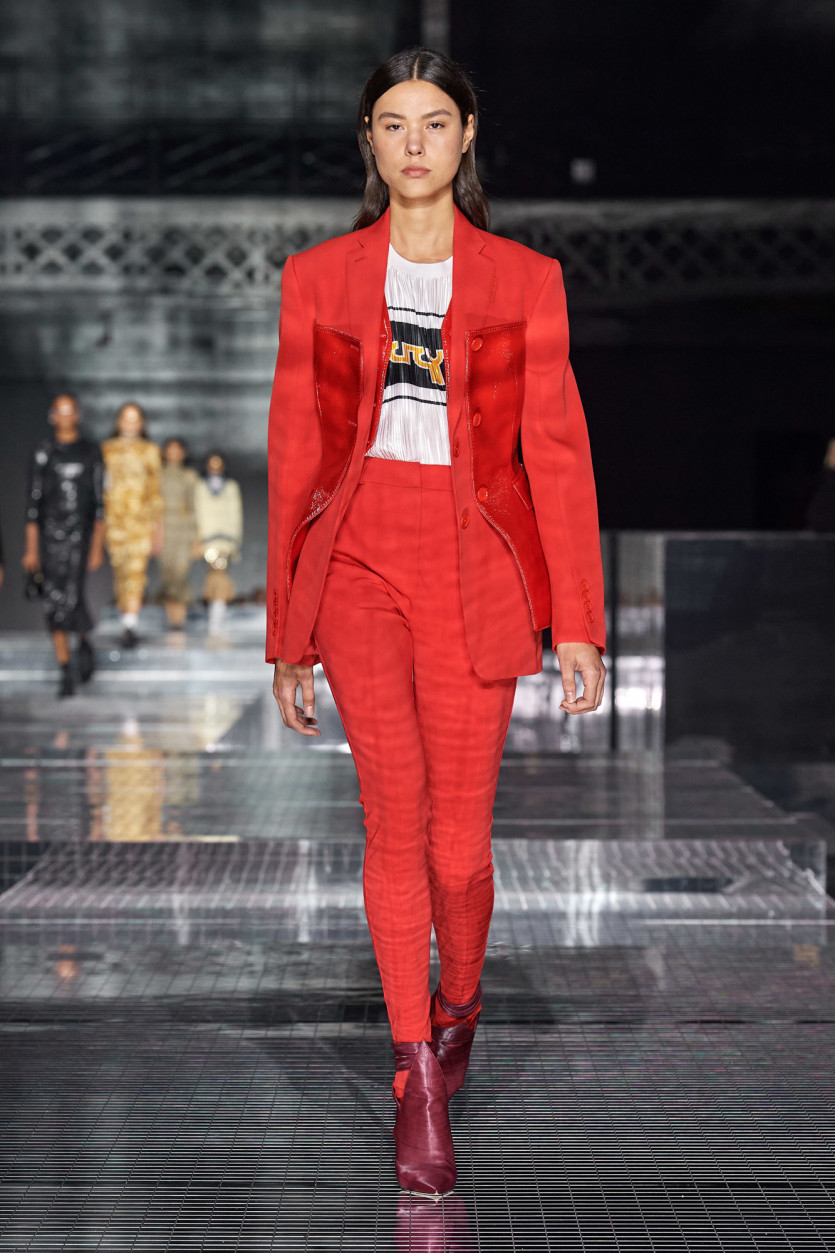 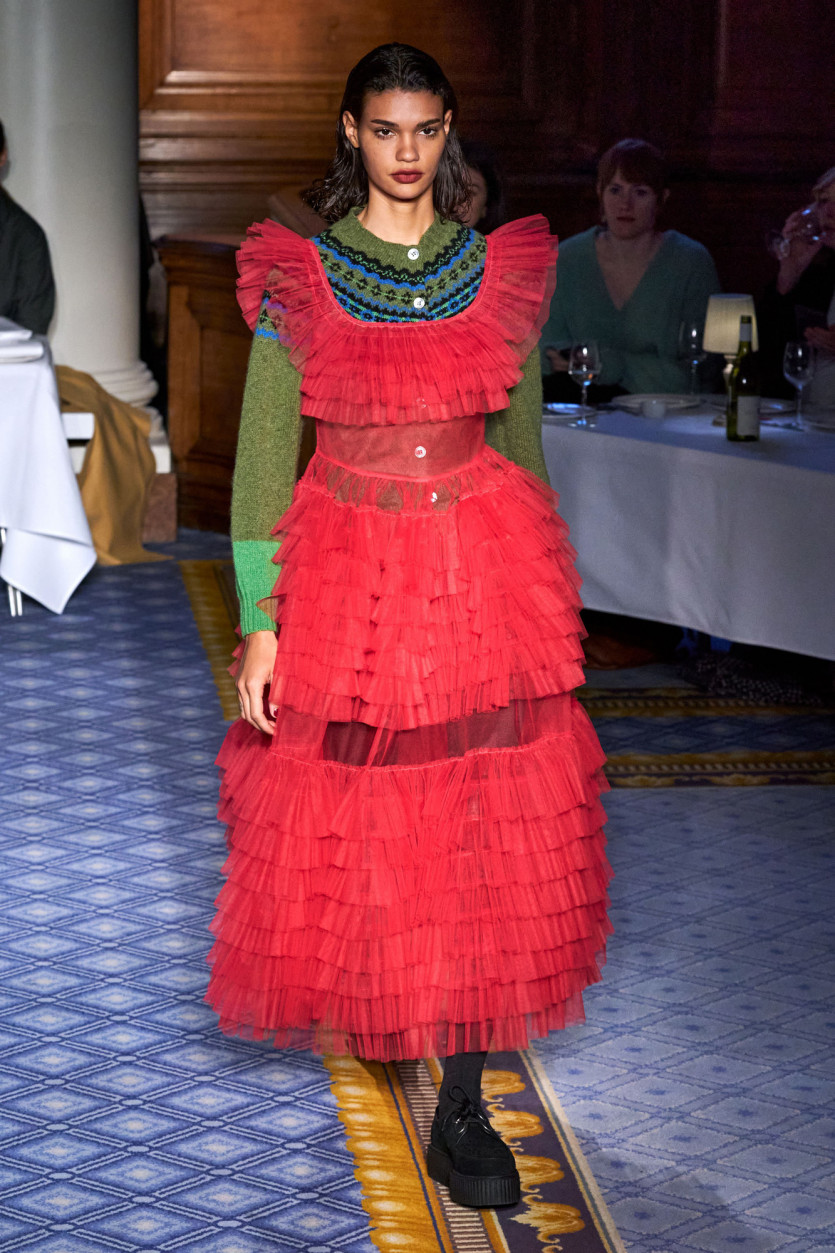 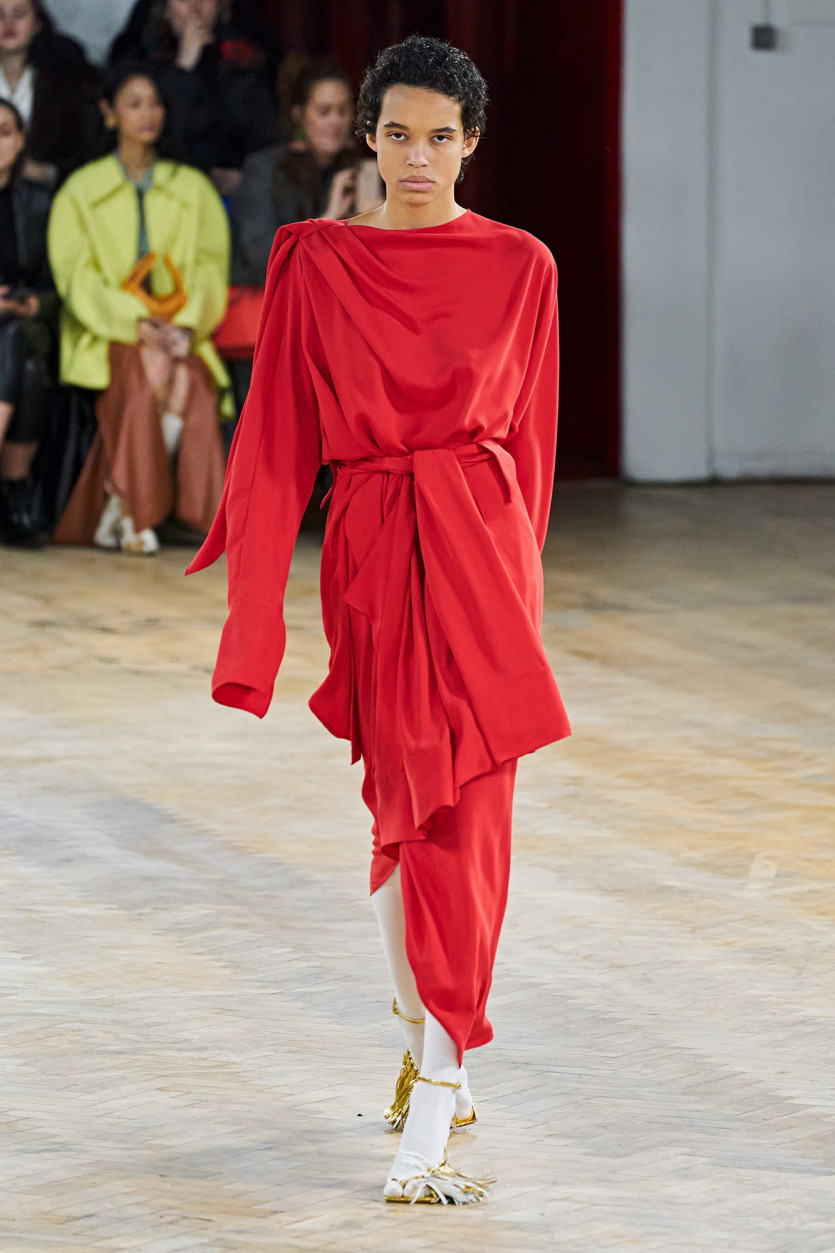 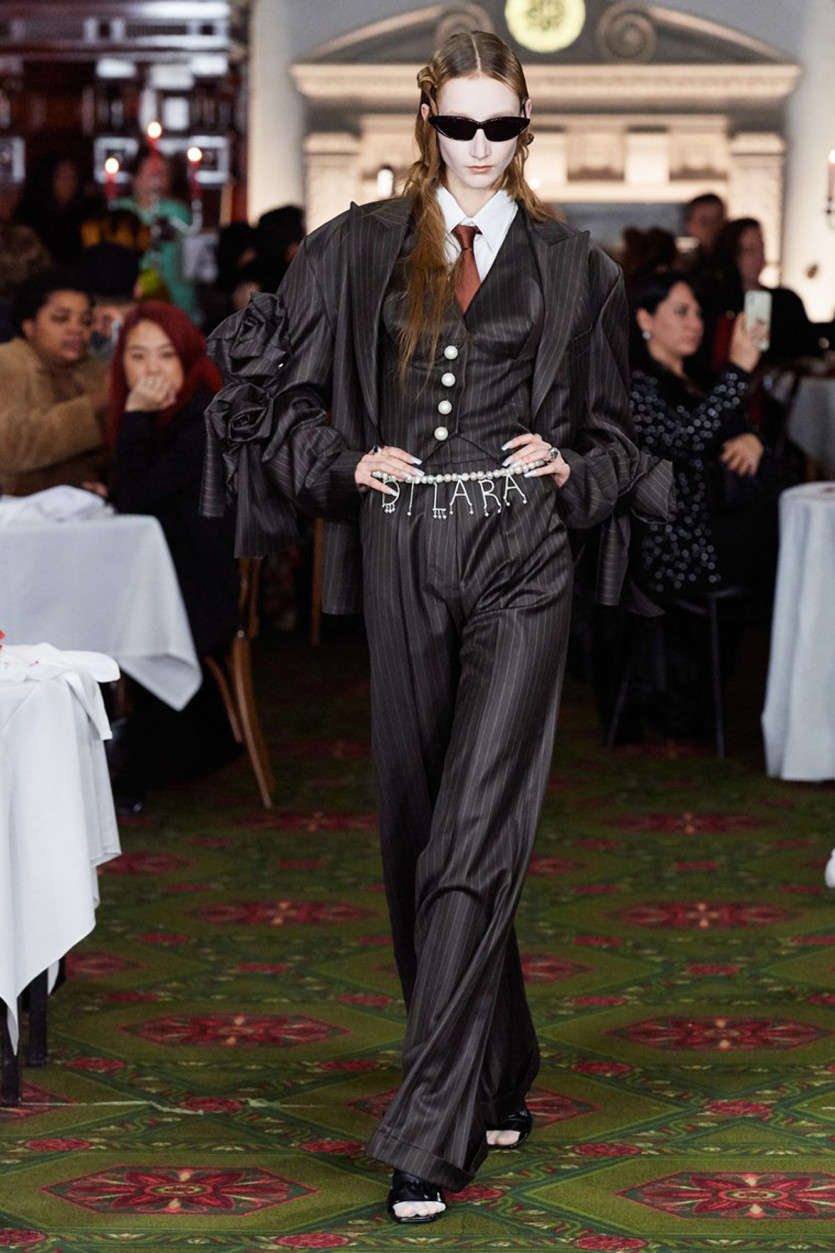 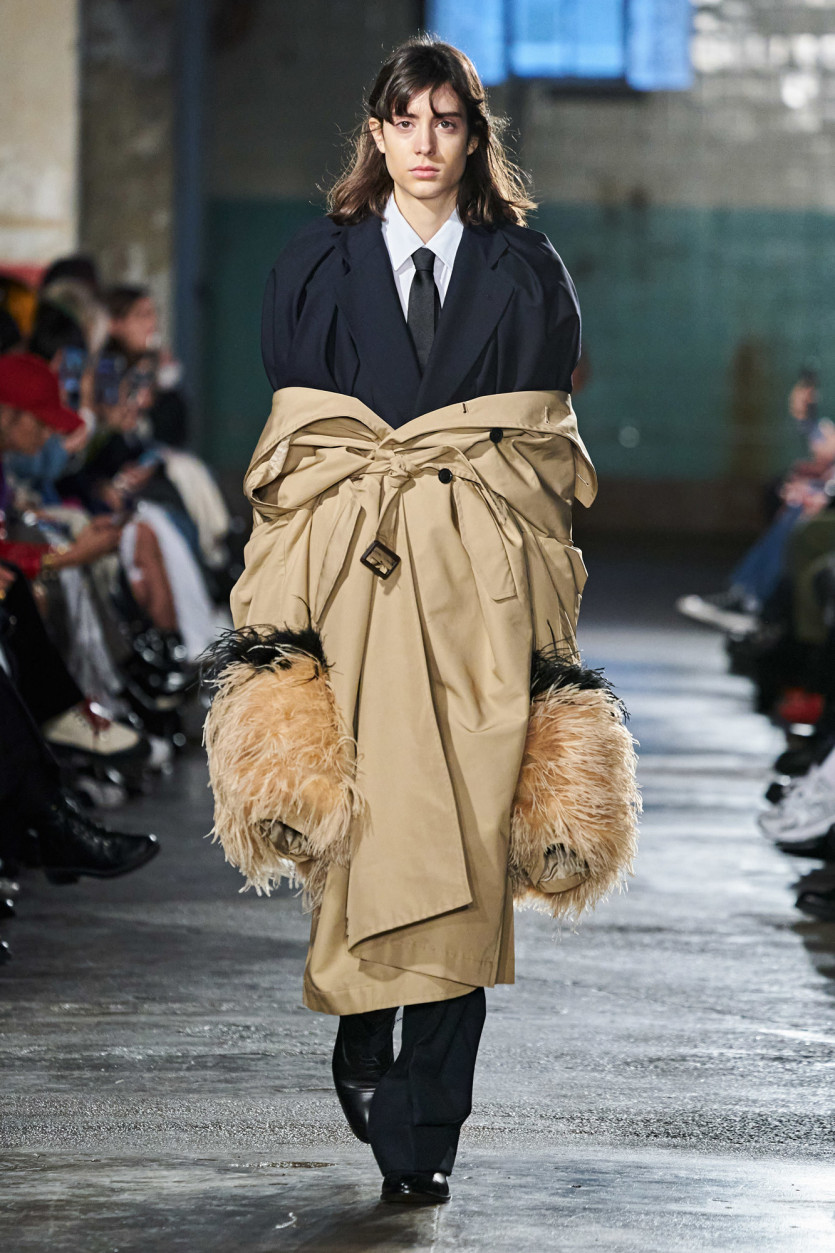 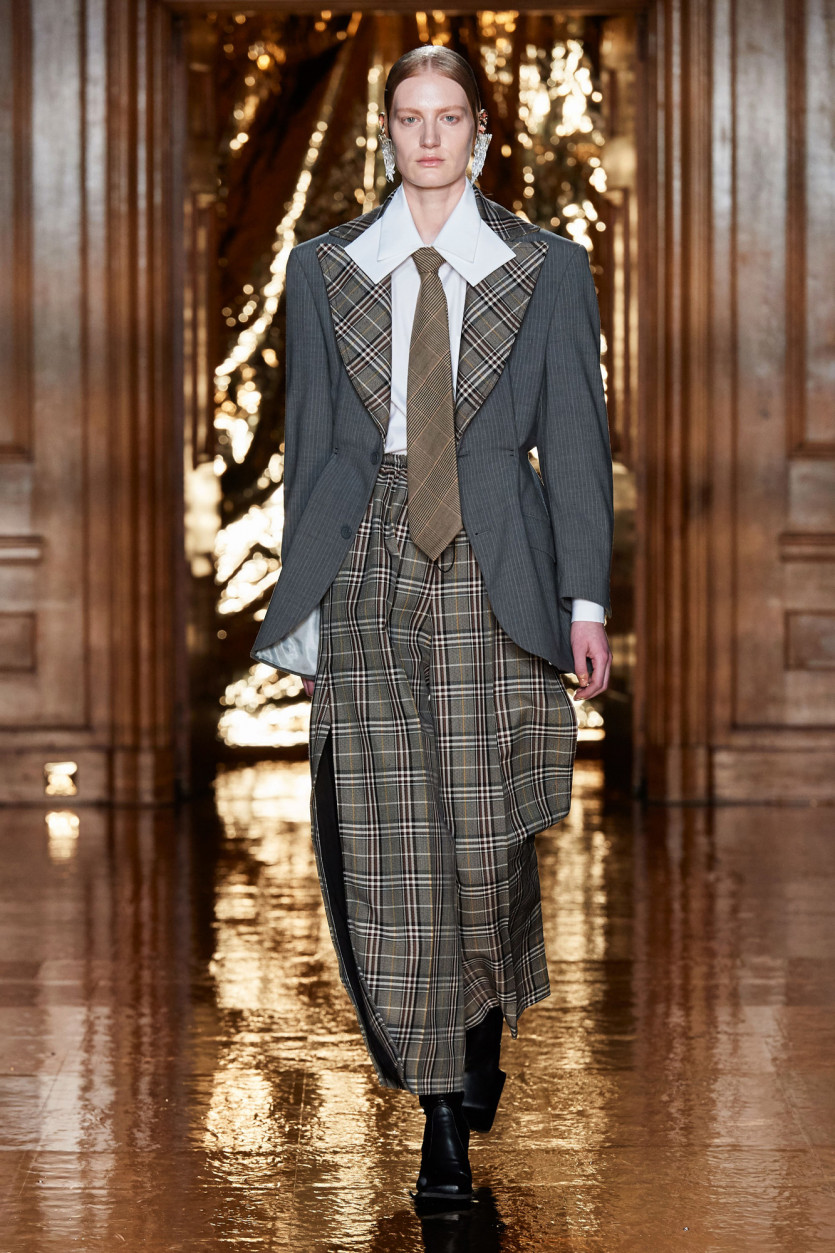 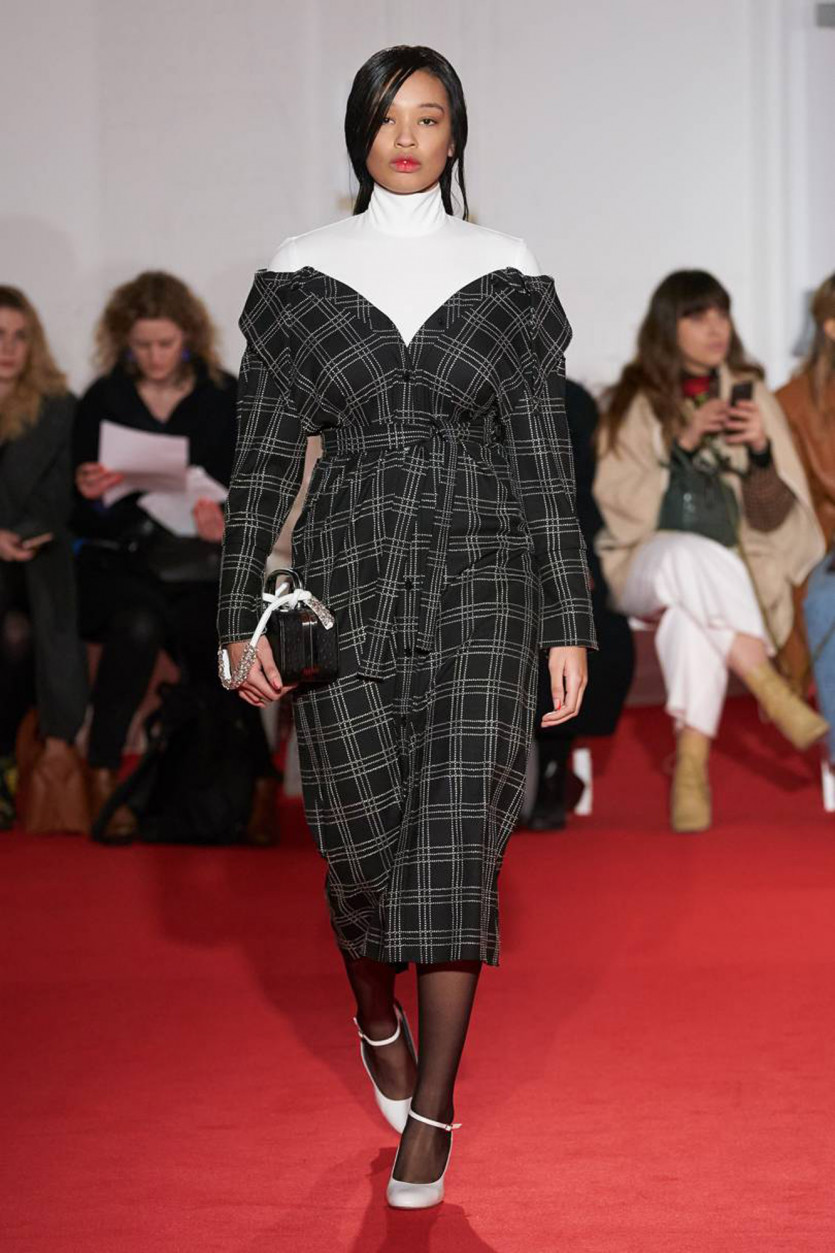 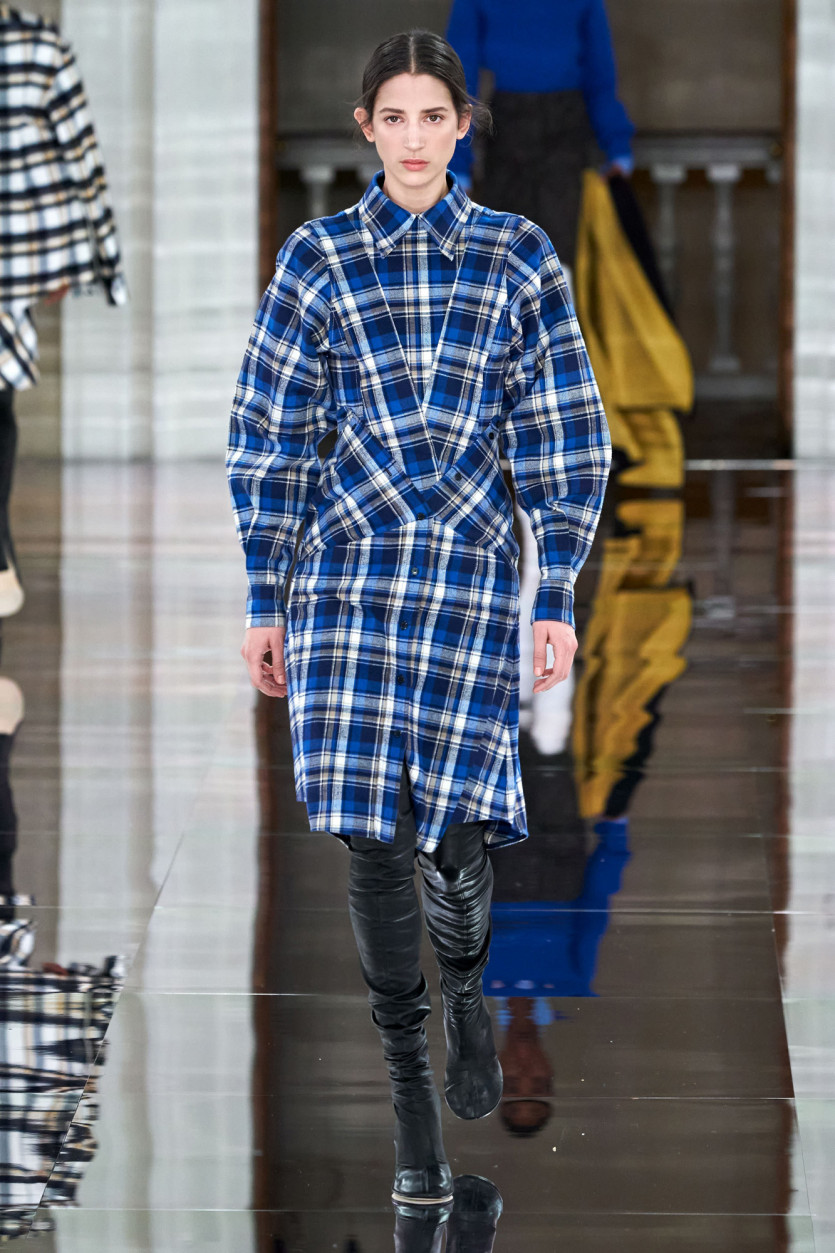 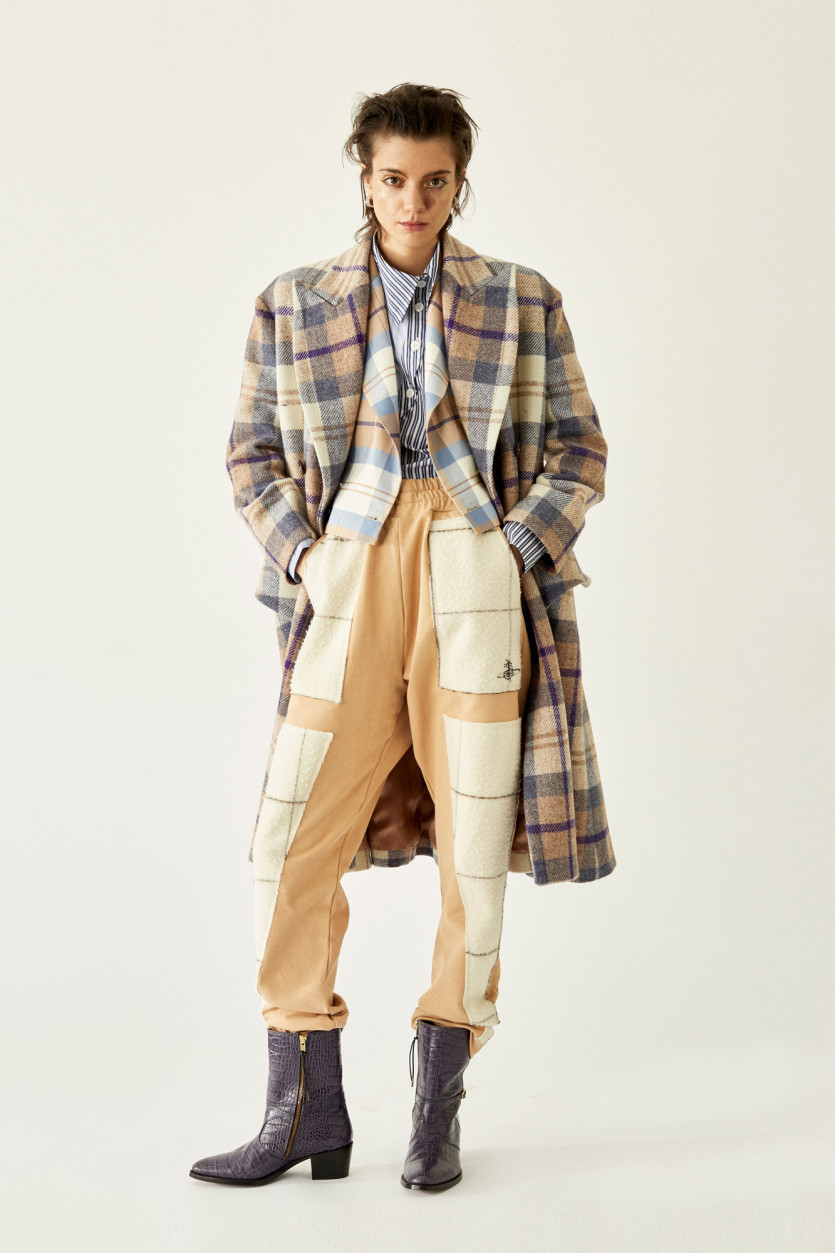 Halpern
After Michael Halpern’s first outing in 2018, editors and buyers immediately fell for the sensual liquidity of his party-ready dresses. This season, the London-based American expat carried his signature fluid touch forward in glinting looks including this conical gown with a charming, powder-blue neckline.
Photo: Alessandro Lucioni / Gorunway.com 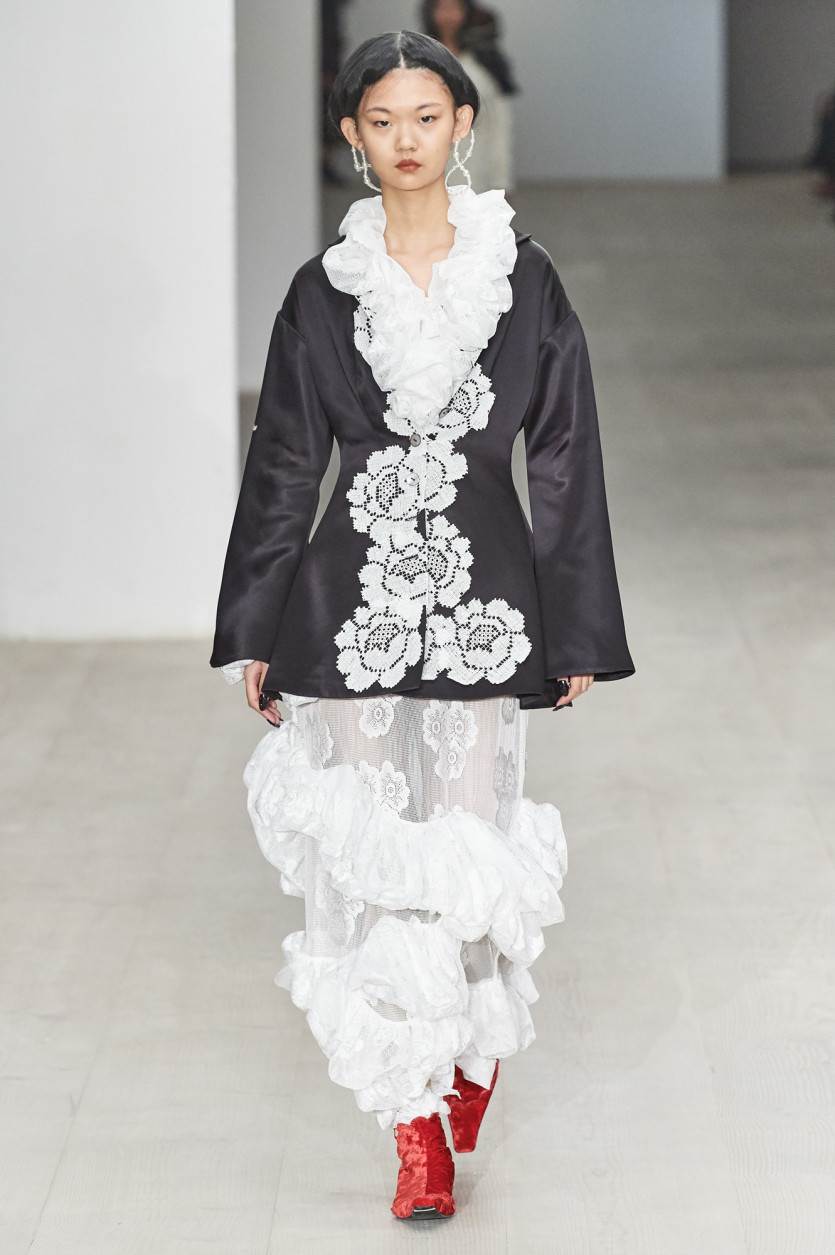 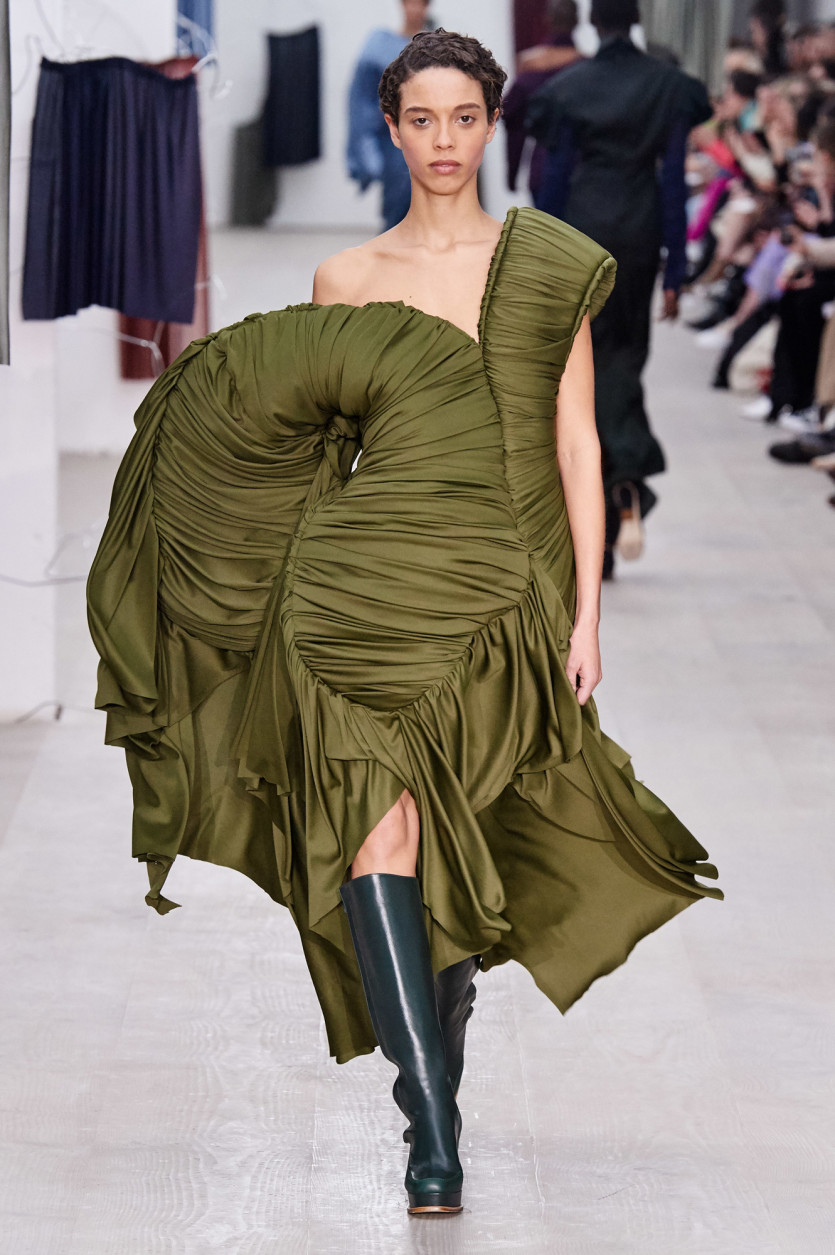 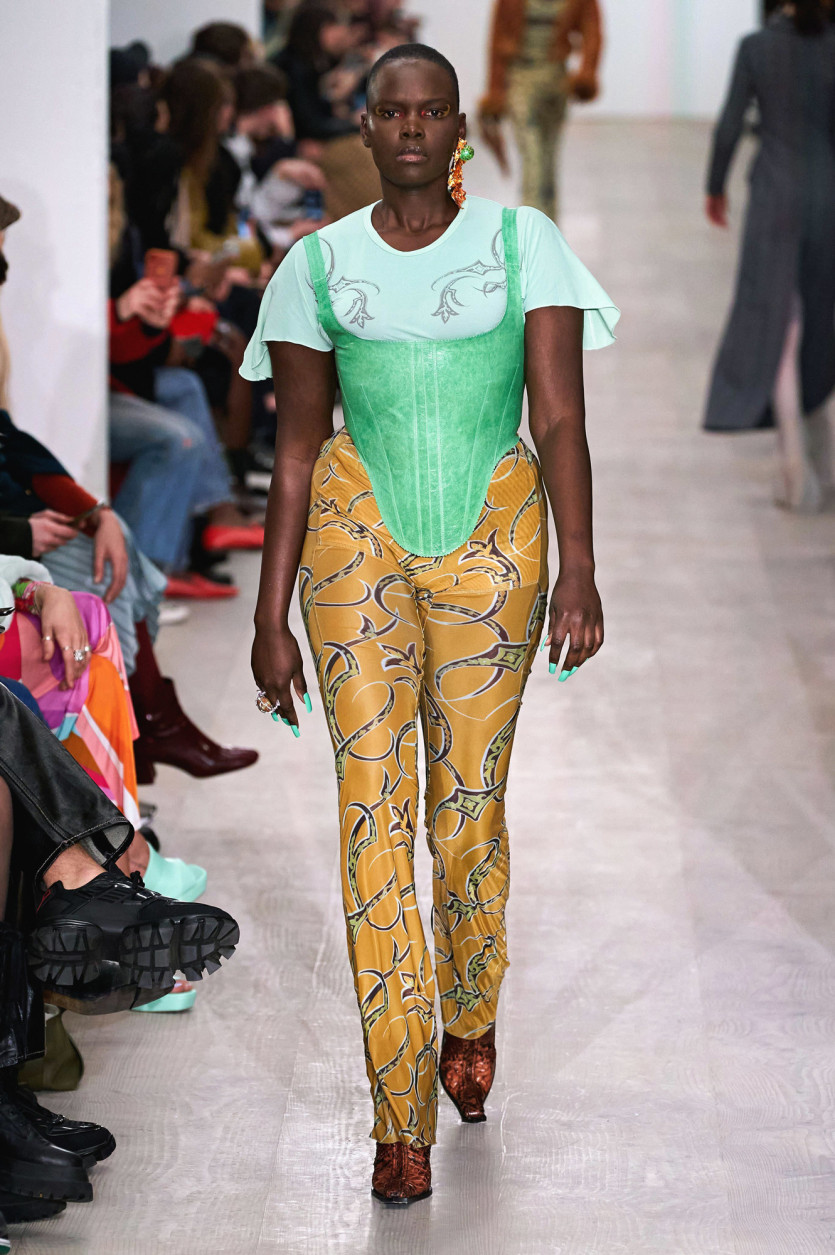 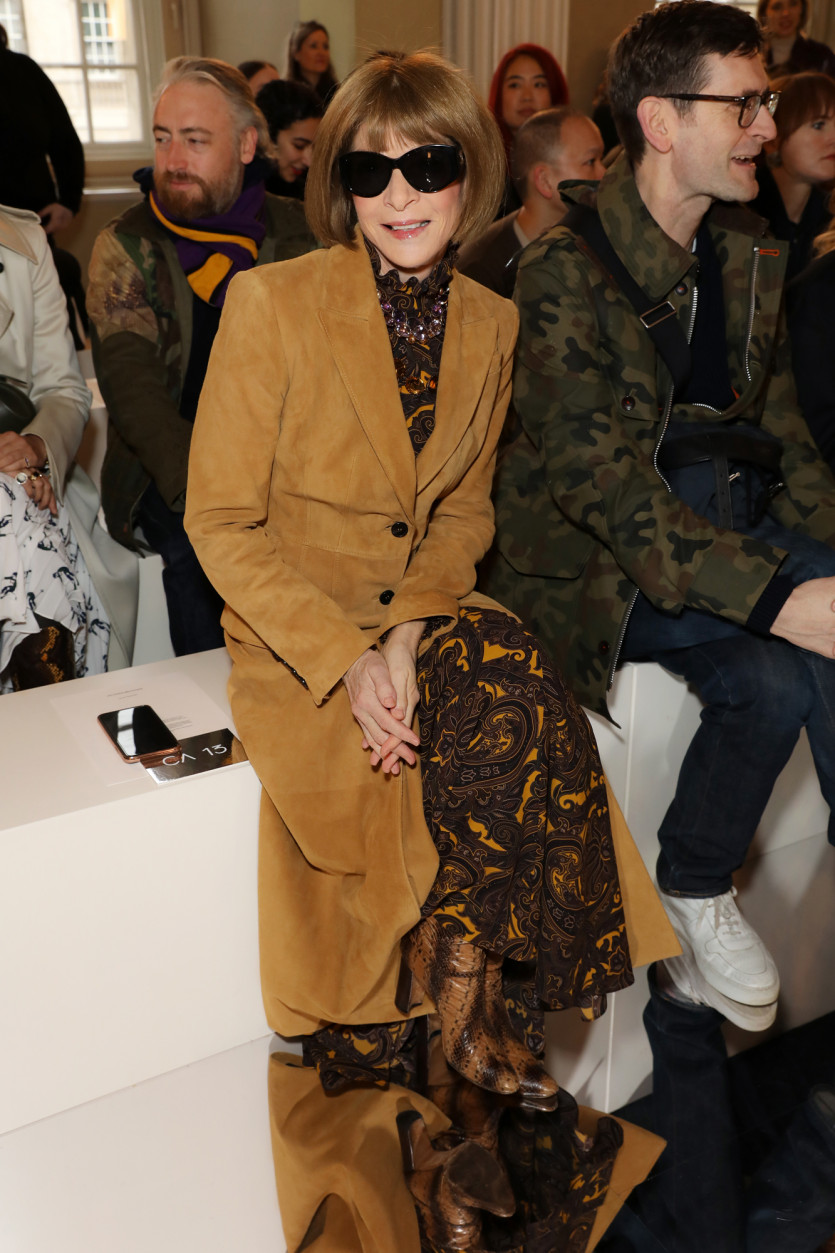 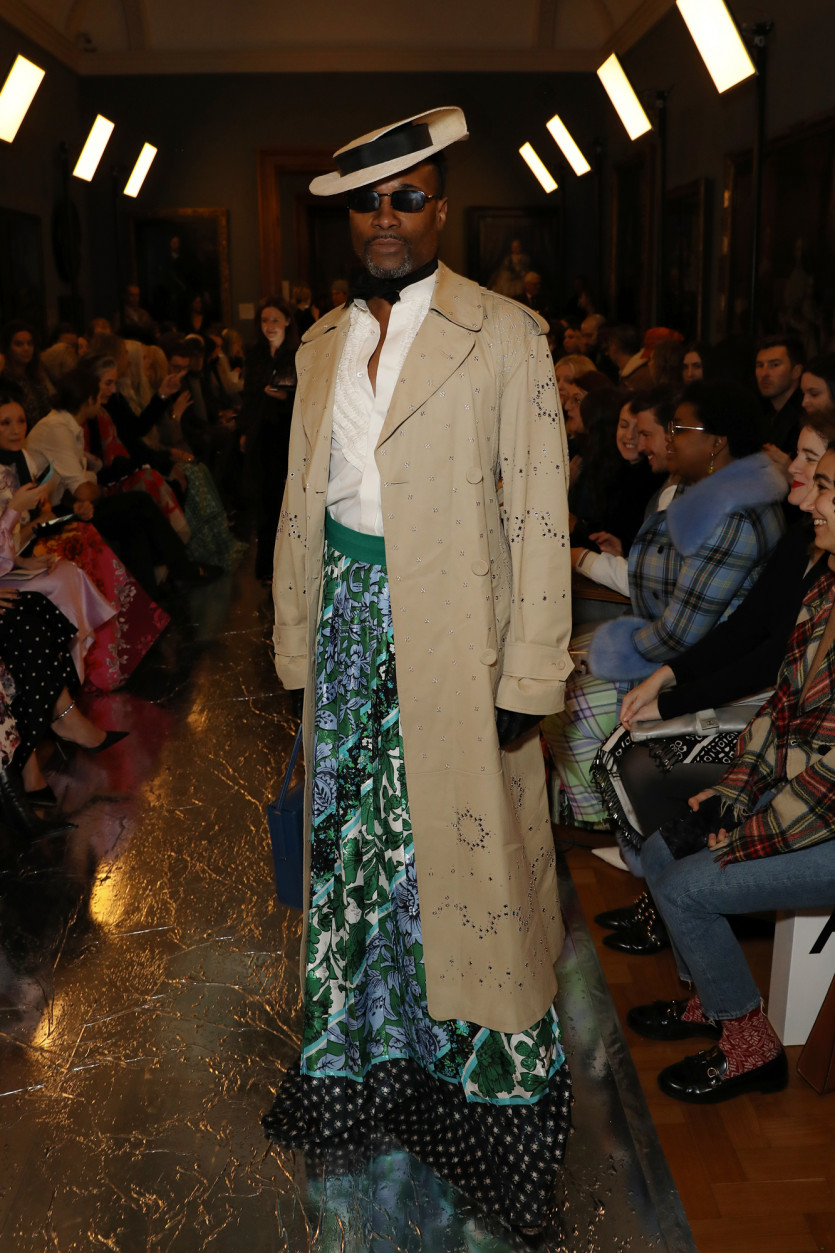 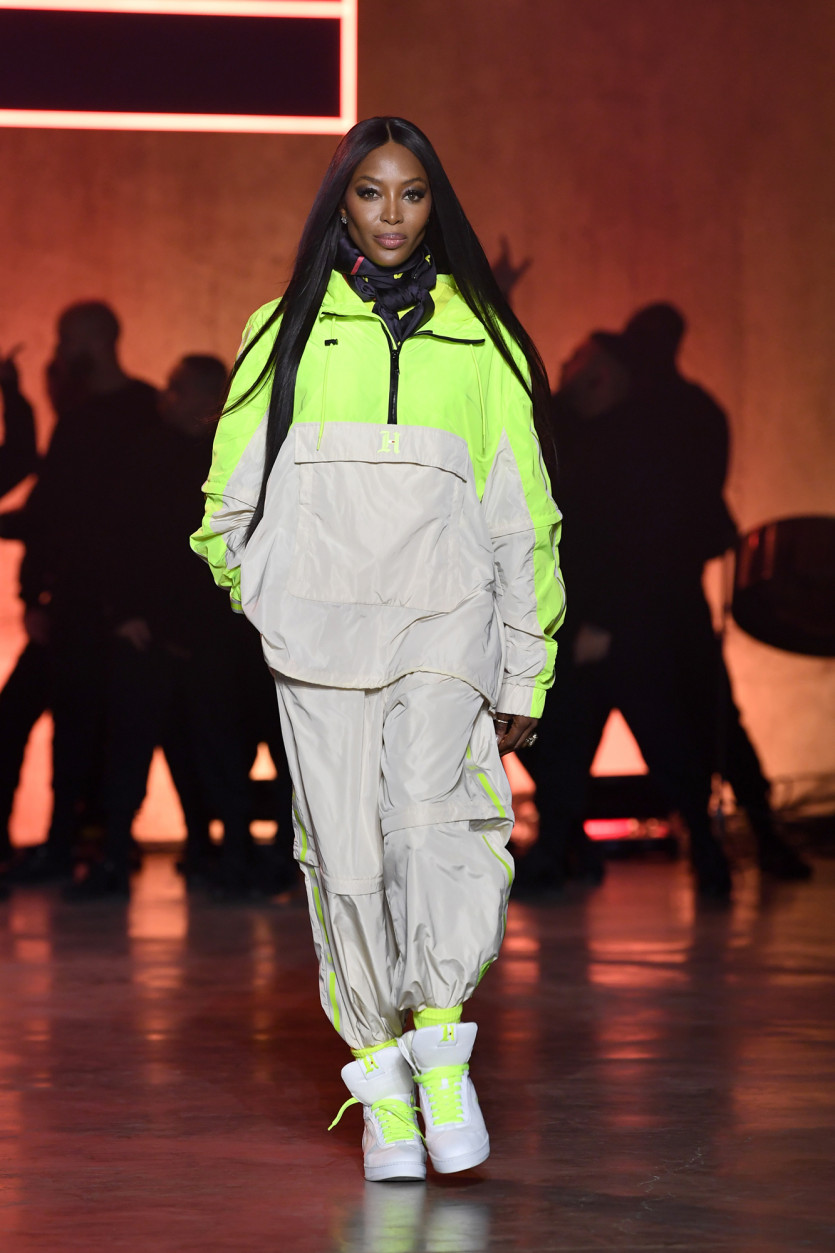