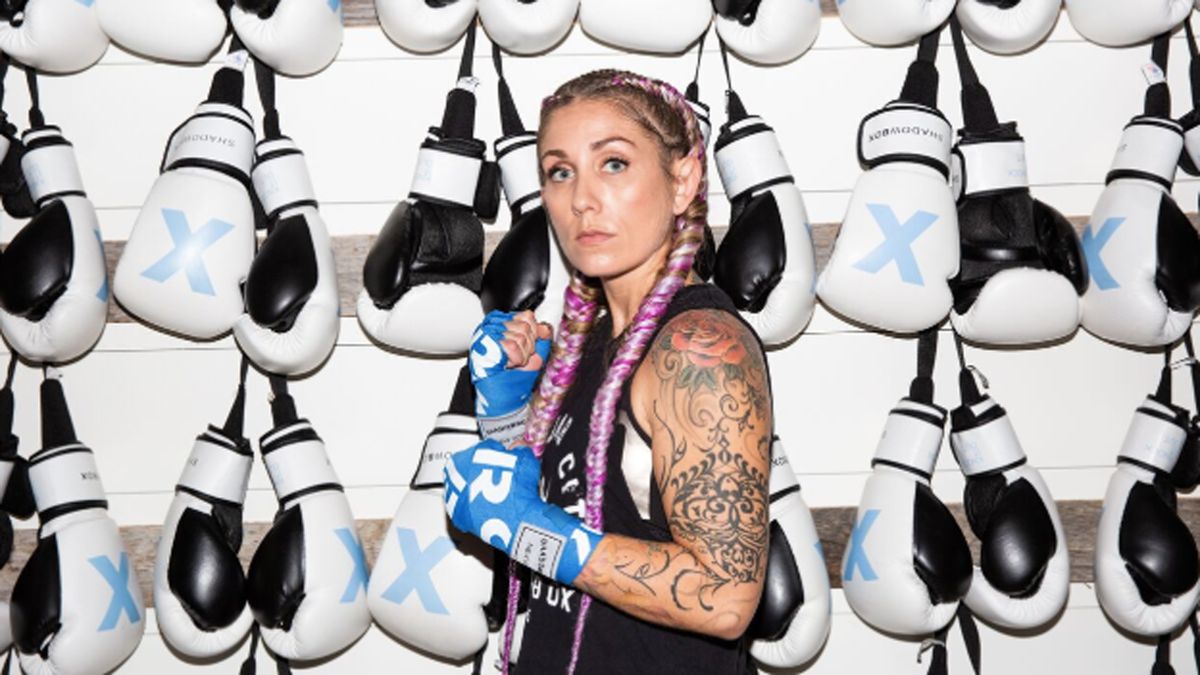 Stressed the F*ck Out? Try This Cathartic Boxing Workout

Noah Lehava
Alec Kugler
Sure, it’s true that the word “stress” has almost become a banality. But what’s also true is the power of exercise to surge endorphins through your body and make you feel damn good. Which is why, now that you know the six basic boxing moves (and you’re practically a pro), we asked Shadowbox NYC’s Lindsay Coke to show us the best boxing combos to send you into cathartic bliss. And, you know, get healthy, too.

“This combination can be very cathartic in its execution with the help of visualization. The initial two punches are quick and together feeding into increased hand speed and less tension stored in the body. The addition of the slip to the back allows for lightness in the feet, and connection in the core that can be applied to the last cross giving it even more power as your pivot that back foot. Reminding yourself that you are slipping back off of someone else’s punches can help in the intention behind your last punch. Load with the slip back and upload that single cross making it the hardest punch in the combination.”

“This combination of punches is extremely cathartic with four alternating power punches. Throwing from alternating hands allows for better balance and weight distribution leading to stronger rotation, in turn adding even more power to the already strong power punches. This combination is multifaceted with vertical, lateral, and straight power punches working multiple levels and angles of your target. The complexity in this combination not only challenges the body physically it also challenges the dexterity of the mind. The application of alternate punches combined with the whole body engagement required to work levels on your target it great for brain balance. Tapping into the right and left side of the brain helps with physical balance as well as organized neurological benefits. Land hard, think sharp! Not to mention that when this combination is landed successfully, it feels damn good!”

“This is a counter combo reacting off of someone else’s offense (their combos/punches). Slipping to the lead side puts the body in a loaded position for the lead hook, cross, finishing on the lead side again with another lead hook.

“This combination is bold and risky with a huge payoff when executed successfully making it very cathartic and empowering. There is a sense of facing the fire and leaning into it when you slip to the lead side. You are truly getting closer to danger, but when done well it is actually protective to come in closer to your target—usually making it harder for your opponent to land flush punches on you when you are tight in distance.”

“A combination of four alternating punches followed by one defensive head movement. The initial jab/cross establishes distance while the preceding hook/cross provides power to the combination. Followed by an immediate duck for defense against any head shot coming from your opponent.

“This combination is a strong collaboration between a speedy distance setup (making sure you are in range to land any further punches on your target) and a strong power exchange ending with that dominant back straight punch (cross). Again, having four alternating punches allows for better balance and weight distribution when throwing hands. The effortlessness of letting the hands go releases tension from the body and transfers the weight and power from your body to your target. A strong exhale when releasing punches from the defensive guard position helps with abdominal contraction, release of jaw tension, and continues to feed oxygen to the brain for quicker reactions and proprioception.”