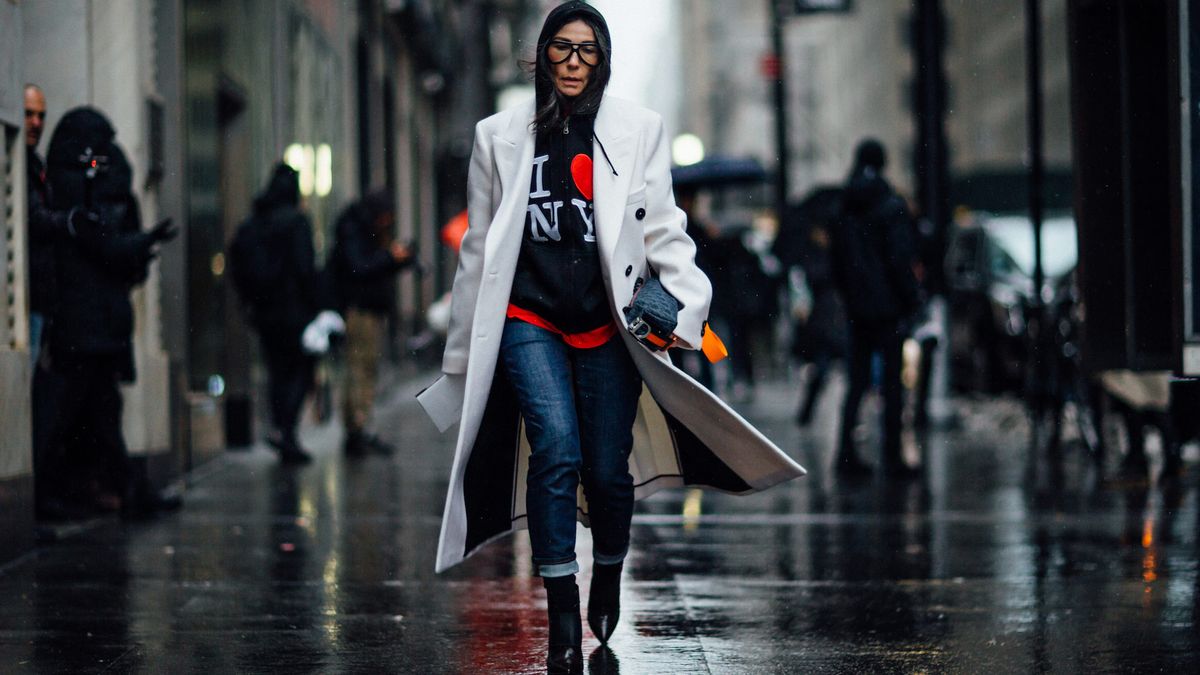 What Does New York Fashion Week Have Going for It?

Some of the city’s most influential designers are showing elsewhere, but there’s still a lot to celebrate.

I think at this point, it would be relatively uncontroversial to say there’s a general amount of panic—perhaps mild concern is more accurate—about the state of New York Fashion Week, especially as it stands next to its international counterparts (that would be London, Milan and Paris). That feeling is no doubt compounded by the panic (and this is certainly panic) over the political and social state of the country itself.

And while it’s true that Proenza Schouler, Altuzarra, Thom Browne and Rodarte have moved on to Paris; that major commercial brands like Tommy Hilfiger are showing in London this season; and that the schedule itself is so overwhelming that for a professional who must attend as much as possible, it’s hard to feel a whole lot of joy going into day 3 (out of a total of 9 official days), I’d argue that New York is still New York. The trick—and this, I’ll admit, is near impossible in such a competitive, aspirational industry as fashion—is to allow New York to be New York. And to admit that it will never have the artistic underground of London, the craft of Milan, or the couture of Paris.

Rather, New York is its own entity. It is the land of entrepreneurial designers and start-up fashion that make a big impact. It’s still the best place to find wearable clothes made by interesting, intellectual designers, from new guards like Kaelen and Gabriela Hearst and established designers like Narciso Rodriguez and Jason Wu. New York is also the only place in which to find that unabashed American glamour perpetuated by Oscar de la Renta, Brock Collection, Rosie Assoulin, Ralph Lauren, and, in his own twisted way, Marc Jacobs. And, hey, New York is now home to worldwide industry favorite Raf Simons.

And with the over the-top-glamour comes the over-the-top commerciality. New York is the only place where denim brands claim a spot at fashion week, where celebrities are given legitimate air time for their collections, and where parties and appearances often eclipse the shows themselves. But this is New York! Land of glitter and shoulder-rubbing and excess. New York has never been subtle or small. It is loud and brash and its romance is found there. And its fashion week shouldn’t—and will never be—any different. There’s no shame in it—rather, it should be embraced.

With that in mind, here are the top designer moments to celebrate New York exceptionalism this season. We’ll let you suss out the Bella and Kendall sightings and after-parties on Instagram yourself.

1. The Big Guns: Raf Simons at Calvin Klein, Tom Ford, Oscar de la Renta, Marc Jacobs. Each of them, save, perhaps, Jacobs (who completely switches it up every season), has an undeniable signature, and yet every season feels like a treat. And the question (what will they do this season?) remains.

2. The Wishlist Designers: Brock Collection, Gabriela Hearst, Delpozo, The Row, Sies Marjan, Rosie Assoulin. These shows, each and every one, are a pleasure to take in, whether there in real life, or watching on a screen. And while they aren’t the biggest names, they’ll dictate what we’ll want to wear for seasons to come.

3. The Feminists: Rachel Comey, Mara Hoffman, A Détacher, Ulla Johnson, Nomia, Sandy Liang, Tibi, Suzanne Rae. These New York labels make some of the best clothes for women, by women. They make beautiful things for various tastes that are meant to make you feel comfortable and beautiful rather than like a human exclamation point.

4. The Showmen: Public School, Opening Ceremony, Baja East, Rochambeau, Coach. With these brands, you are at a show, on a literal or figurative stage. Sit back, take it all in.

5. The Celeb: Fenty Puma by Rihanna. While I mourn the loss of Yeezy Season 6 and what would have surely been (another) spectacle, I’m positive that Rihanna can shoulder the burden of key celebrity designer alone. All hail.

6. The New New: Helmut Lang Seen By Shayne Oliver, Kith NYC, Miaou, Priscavera. While they’re not necessarily new brands, this is their first time showing at NYFW. Keep your eyes peeled. It promises to be interesting.