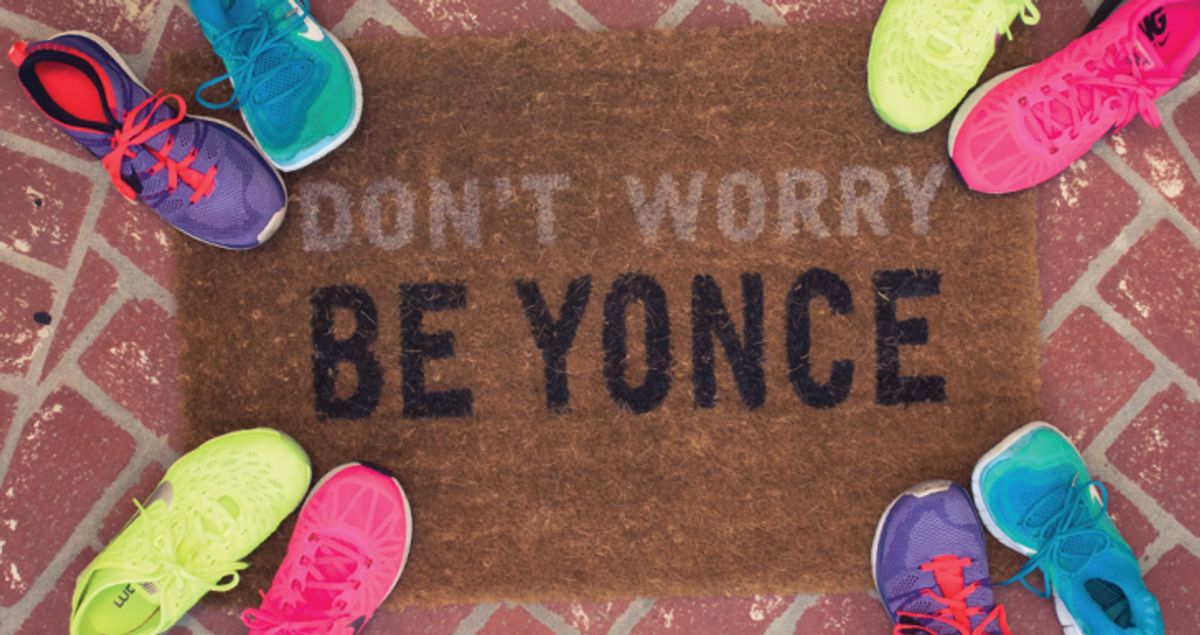 The Best Workouts You Can Do At Home

Because #fitspo isn't the only health-related Internet fad we can get behind.

We’re all for hitting the gym to get our sweat on—we mean, gym clothes are all high fashion now after all, and what better way to see and be seen in the sartorial dress du jour? Haute couture inclinations aside, there’s something to be said about being able to workout in your own living room. From not having to abide to a fitness class schedule to enjoying the liberty to huff and puff with nary a judgmental sidelong glance from your gym-hitting cohorts, the benefits of at-home workouts are pretty endless. In the interest of actually working up a sweat in the comfort of our own abodes, we’ve rounded up a few of our favorite YouTube fitness channels—thank us later when these fitness gurus become your new best Internet friends.

Kym’s envy-inducing abs and biceps might be intimidating at first, but her approach to fitness is anything but. With tutorials like “The Hot Ex Workout” (tip number one: surround yourself with photos of Ryan Gosling) and pilazies (Pilates for the lazy girl that somehow guarantees sexy abs from your own bed), Kym’s tapping into the every-girl psyche (a.k.a. ourse) is on-point. To boot, her collection of arm tattoos (that aptly show off said-biceps) and tendency to sporadically drop the F bomb make her a certifiable badass, and one that we’d want to hit the gym with now, but get drunk with later (is vodka a carb?).

Tone It Up hosts Katrina and Karena are the Laguna Beach cast incarnates of the YouTube fitness world, and we’re not just saying that because all their workouts are shot on a beach. Pretty and poised, the two California poster girls’ workouts are streamlined and straightforward. If anything, their videos are worth watching just for the montage at the beginning of each workout vid that’s set to an oh-so-cheesy soundtrack and follows the girls frolicking on a beach, riding the Ferris wheel and chilling on a yacht (#casual).

This no muss, no fuss channel boasts a bragable array of workouts catered to all levels of fitness and sweat-producing potential. Set against a simple white backdrop, the magic of Fitness Blender is that hosts Daniel and Kelly tell you exactly what you’ll get from each workout (slimmer legs? Toned thighs? No problem!). Conveniently, there’s a status bar in each vid that clocks how many calories you will have burned and how much time is left in each move, so you can count to the minute how much longer you’ll be sweating it out before—blessedly—being able to flop down on your couch.

From how to use dumbbells to make your boobs look bigger (apparently this is a real thing, guys) to ab workouts to help you look your personal hottest at Halloween (seriously—prepare your Mean Girls bunny costumes or something), Sarah’s got answers to every last one of your body image woes. Her real time to shine, though, is in her soapbox speeches about literally everything fitness-related you’ve ever late-night Googled. From ways to make running suck less to what music to load onto your iPod to stay motivated, Sarah’s got you covered—and her decidedly DIY take on working out is nothing short of endearing.

The BeFit channel is this millennium’s answer to the ‘80s workout video. From generic electro background music to brick wall sets that look like they’ve been papier-mâché’d, BeFit is high on the cheese factor, but the workouts pack a serious punch. Hot yoga studios be damned: you’ll be sweating your body weight in minutes with the BeFit-tested moves that require precisely zero fitness equipment. Speaking of the ‘80s, watch out for their #throwbackthursday video series, which features gems like Paula Abdul sweating it out in more crop top variations than an American Apparel outlet store.

“I think diets are horrible,” says diet guru Tara Stiles, and that’s all we need to hear before deciding she’s top on our list of people we want to work out—and hang out—with. Despite an approach to dieting we can get behind, Tara remains lean and lithe, likely due to Strala, a practice of yoga she founded that has garnered a considerable following. From yoga tutorials that range from gentle and relaxing to invigorating and energizing, there’s really no excuse not to sweat it out with Strala, despite whatever demotivating factor stands in your way (binge-watching a season of the original 90210 and giving yourself an at-home facial come to mind).

“Fit, strong and sexy”, boasts the gigantic mantra-sign in the background of Amanda Russell’s fitness studio, and if magically becoming endowed with those qualities by osmosis is out of the question (it was worth a shot, right?), than the saving grace is her boot camp and cardio techniques. Be warned: Amanda is of the annoyingly attractive and super-fit breed of women that are often easy to resent (just saying). Thankfully, her philosophy of wanting her followers to be their best selves is convincing enough that we’ll stick to her fitness tricks while remaining envious of her ability to pull off color-blocked gym clothes.

Blogilates host Cassey Ho’s cheery disposition and perennial smile is like a shot of California sunshine when we’re feeling less than enthused about leg lifts and side planks (which may or may not happen more often than we care to admit). From workouts with names like the Muffin Top Meltdown to Martha Stewart-style cooking demos for dishes like the Healthy Cheeseburger (you heard right), Cassey’s tutorials make adopting a healthy lifestyle seem more fun than a late night (real meat, real cheese) cheeseburger run (almost).