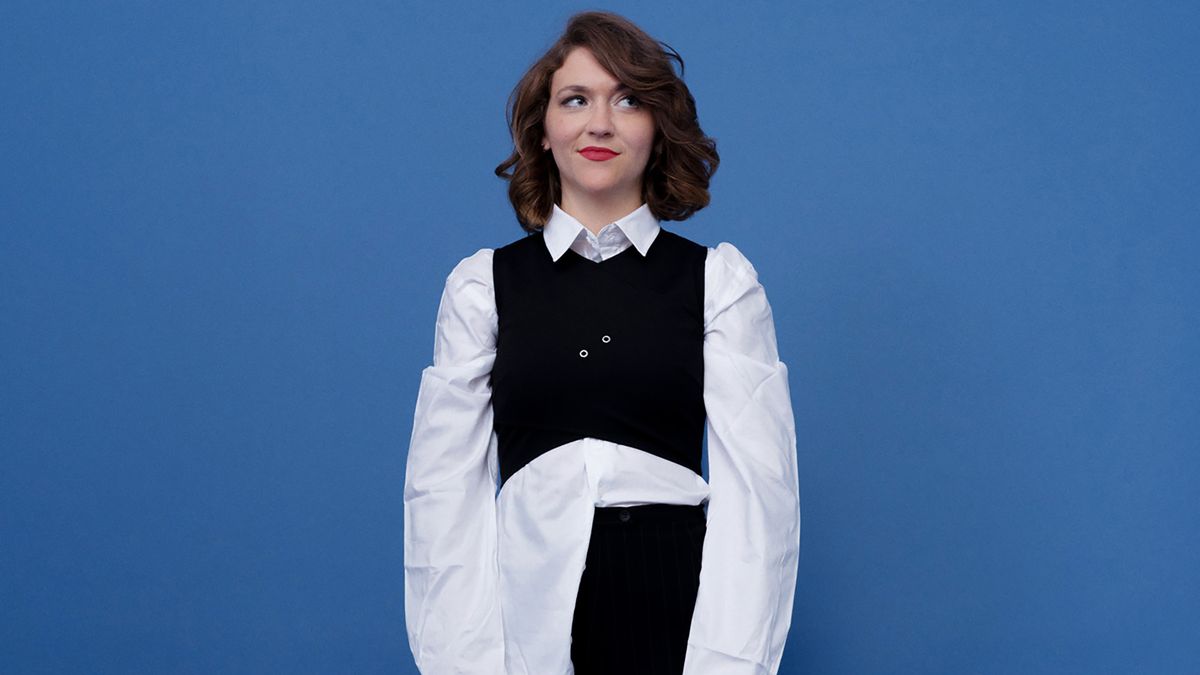 Bustle and Coveteur are working together to bring you the best mix of the season’s fashion and beauty releases, shopping tips, and service stories in ways that are both inspirational and attainable. Check The Fall Style Edit channel weekly to see what we’re up to.

I’m notorious for holding onto clothing I never wear for long periods of time. I’ll keep a dress because it seems perfect for a future event that is not yet even planned, or a shirt because I spent so much money on it that I can’t just give it away. Being attached to clothing that you don’t know how to wear can sometimes be overwhelming, though. The item hangs in your closet, reminding you every now and then that you still haven’t worn it. At best it can be a little annoying, and at worse it can even make you feel somewhat guilty.

No matter how it affects you in particular, almost everyone has been there at one time or another. So we asked four regular people to bring in the one item of clothing in their closet they never wear, and then styled each item three ways. Bustle’s Senior Fashion Market Editor Gabrielle Prescod created 12 unique outfits by pairing the statement pieces these women brought in with everyday items that most of us probably have laying around. Even if your one item is something different, these 12 looks pretty much prove that everything in your closet can be made into an outfit—or three.

“I originally bought this item because I had just finished [watching] Scandal for the first time and I wanted a white power coat like Olivia Pope,” Isabel Calkins, a writer, tells me. “I saw it at a sample sale and for a gorgeous coat, it was surprisingly cheap. I thought it would make me look super important.”

Other than wearing it on her first day at a big internship, Calkins says she hasn’t worn the coat (which she’s had for two years) at all before our shoot.

“The problem with this coat is that it is super heavy yet there are no buttons or anything to close it and the sleeves are really short, so it is not the best coat for winter because it doesn’t actually keep you warm, [but it’s] too hot to wear any other time of the year,” Calkins said, even though she initially anticipated it would be fairly easy to work into her wardrobe.

Sarah Chiwaya, a plus size blogger behind curvily.com, brought in a pair of overalls to be styled. Chiwaya tells me she bought them after thinking similar pieces looked amazing on fellow bloggers—but never ended up wearing them in the end.

“I [have had] these overalls for over a year and a half... and [I’d] never actually worn them before. I’ve put them on plenty of times, but never made it out the door,” Chiwaya tells me. “I usually relish the challenge of finding a way to style something a bit tricky—[that’s] pretty much a part of my job as a fashion blogger. These overalls beat me every time, though: I’d try a ton of different combinations, and get this close to something I liked, but no matter what, I always ended up thinking ‘Nope, I look like a farmer.’ I think that might be because I’m originally from Michigan and overalls just reminded me of my uncle on a tractor—not quite my desired aesthetic.”

Elly Ayres, a Branded Fashion Editor at Bustle, scored these vintage pin stripe pants from her aunt, who wore them in the ’90s as an international businesswoman.

“She told me she once ran into KISS (in full face paint and platform boots, no less) in an elevator while on a business trip, and I like to imagine it was whilst wearing these bad boys. Every rockstar appreciates a good pinstripe, especially the ones who rock and roll all night and party every day,” Ayres tells me.

Styling the pants, however, proved to be more difficult than Ayres had anticipated. “I love the fit of these pants, but I’ve struggled to style them because they’re dressier than my usual look. Their lengthiness (my aunt’s a lot taller than me!) requires me wearing a heel, which is a once-every-two-weeks kind of thing for me, and then figuring out the perfect high-low mix of clothes to transform these elegant pants into an everyday look is a tricky balance,” Ayres says.

Prescod took these business pants and transformed them into three looks that could be as formal or casual as you want, turning the idea of “businesswear” on its head.

2 / 7
FIRST LOOK CREDITS: Tank: Calvin Klein. Shorts: Adidas. Shoes: Steve Madden.
The inspiration for this look was 100 percent Kim Kardashian, according to Prescod. Some casual knee-length gym shorts, a white tank, simple sky-high heels and a statement coat? Yup, that’s Kim K alright.
“When Gabby put me in the long Adidas shorts I was confused but it totally worked with the heels,” Birch says. “The outfit made so much sense with the bomber: the tank and shorts are sporty like your average bomber, but the heels and the gold pieces over the bomber are both glam. And I feel like that outfit could work in a lot of settings.”
Proof that you should pull your athletic wear out of your closet sooner rather than later, if you ask me.

Patricia Birch, an attorney and plus size model, bought this vintage gold bomber jacket from one of her favorite, go-to vintage boutiques—when she was in a “retail therapy mood” (I can relate to that one).

While Birch loved the “glitz-glam” appeal of it, she tells me she had had the coat for about a year before this shoot and had still not worn it, even though she had thought of multiple outfits for the item when she purchased it.

“It felt like I did not have many occasions where ‘casual glam’ made sense,” Birch tells me about her struggles with styling the bomber.

Prescod weaved the sparkly statement piece into three very different looks, all of which left Birch questioning everything she knew about what “glam” and “casual” really mean after all.

No matter your personal style or what outfit hang-ups you have in your closet currently, there is something kind of magical about creating a new outfit out of nothing. And suddenly feeling amazing and confident about something that used to make you feel guilty or frustrated? Well, that can be pretty powerful.

Bustle The Holiday Edit
More From the series Fashion